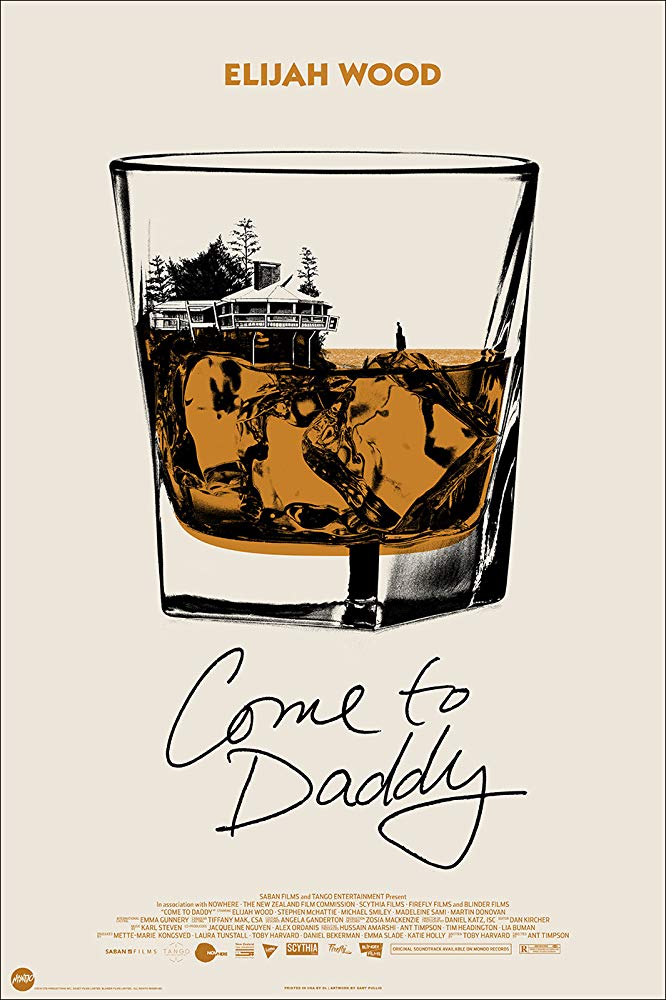 Not that long ago, Elijah Wood’s name was synonymous with sprawling fantasy epics the likes of which the world had never seen. Fast forward 19 years later, and I would argue that Elijah Wood’s name is now synonymous with horror films. That is thanks in part to a number of starring roles in films like MANIAC, GRAND PIANO, COOTIES and the list goes on and on. However, it’s more his co-founding of the genre label Spectrevision that mostly shows off the actors love of all things horror. Elijah is often in the background on these films in the role of producer, but every so often he steps in front of the camera too. It’s in these moments, that horror fans should take notice because I feel like he only does that when he knows he’s got something truly special on his hands. Case in point being the 2012 remake of MANIAC, which is easily one of my top ten horror films of the last decade…hands down.

This is also the case with his latest film COME TO DADDY. It’s a collaboration between Wood and his Spectrevision label, teaming up with his long-time friend and ally from Drafthouse Films Ant Timpson. Timpson is another fixture in the horror community having produced a number of stellar horror films like DEATHGASM, HOUSEBOUND, TURBO KID and his list also goes on and on. So it seems only fitting that for Timpson’s directorial feature debut; Elijah Wood would step up and star in it himself.

COME TO DADDY is a bizarre little journey, with bizarre characters, making bizarre choices. It’s also damn funny, in the darkest of ways. This is first shown in the opening frames when we’re introduced to Wood’s character Mr. Norval Greenwood. Even before a single word is spoken, Norval is making his way through the woods to an isolated home on the beach. Norval’s haircut is one of the most vulgar hairstyling atrocities in the history of modern cinema. That, in conjunction with one of the porn-y-est mustaches I’ve ever seen, let’s you know that we’re going to be meeting a very strange menagerie of human beings. Don’t believe me? Go check out the poster, or any film stills of Norval…go ahead…I’ll wait. Hair choices aside, this is going to be the tip of the iceberg in terms of weirdness.

Norval is venturing to this secluded home to visit his estranged father, a person that  Norval barely knows. He’s eager to reconnect and learn a little bit more about who this man is, and subsequently who he himself is. After a somewhat arduous trek through the woods, Norval is greeted by a weathered and awkward man (Stephen McHattie). Norval hardly recognizes his father, but  Nonetheless, Norval is invited in and things are immediately off to an uncomfortable start. The two men start with a little conversation and a disastrous selfie session that results in the destruction of Norval’s extremely limited edition gold i-phone.

As night falls, Norval and his father begin to share stories about their lives, but it’s obvious that things are not as they appear to be. Norval is trying to impress his father with tales of his famous friends and glamorous lifestyle, which only seems to be making his father angry. It’s ultimately a story about rubbing elbows with Sir Elton John that seems to be the final straw for dear old dad. He calls Norval’s bluff on the encounter and claims to know Sir Elton himself. Dad proceeds to pick up the phone and dial the Rocketman, but Norval is forced to stop him and admit the story was a lie. This only enrages Norval’s father even more, and  after an uncomfortable attempt to defuse the situation, it seems like calling it a night will probably be best for everyone. But that isn’t before Mr. Greenwood stares awkwardly at Norval & tells him if he wants to impress him…he likes stories about fights. An ominous ending to an uncomfortable evening.

Now, to avoid some minor spoilers, skip over the next paragraph. It is nearly impossible to further explain the story without divulging a few surprise plot points. You’ve been warned!

Norval wakes up the next morning with a renewed vigor to come clean and reconnect with his father. However, dad has some plans of his own. Norval seems to unexpectedly provoke his father into a frenzy and the man lunges forward with a knife in his hand. He tells Norval that his intent from the start has been to commit filicide! Unfortunately all the excitement seems to be too much for the old man to handle and he drops dead right then and there. Norval is stunned, and frankly, a little relieved. But now this opens the door to a whole slew of odd new characters including the town coroner (Madeleine Sami), a disturbed police officer (Garfield Wilson), and a pair of nefarious characters claiming to be his father’s “business associates” (Michael Smiley, Martin Donovan) and the man lying dead upstairs isn’t who he says he is. Oh, and what are those weird noises that seem to be coming from underneath the house?? This is really where the film begins, and you’d better buckle up for a manic dose of murder, mayhem, and mystery!

What plays out on screen is funny, bloody, and awkwardly unpredictable. COME TO DADDY strikes an absurdist note, not quite as polarizing as something like THE GREASY STRANGLER, but it does have an almost parallel universe quality. It feels like the events taking place are happening in an alternate reality, just ever so slightly different from our own. It’s a film that could only be the offspring of a malignant Timpson/Wood/Spectrevision ménage à trois…And that is in fact, a compliment.

“COME TO DADDY is a film that could only be the offspring of a malignant Timpson/Wood/Spectrevision ménage à trois…And that is in fact, a compliment.“ 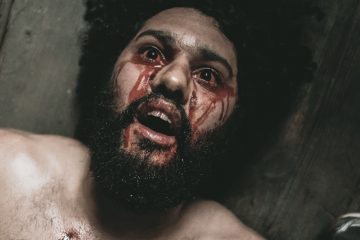 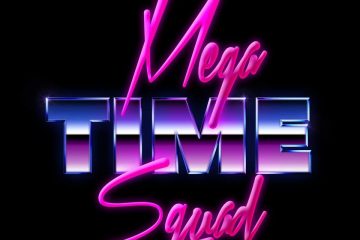