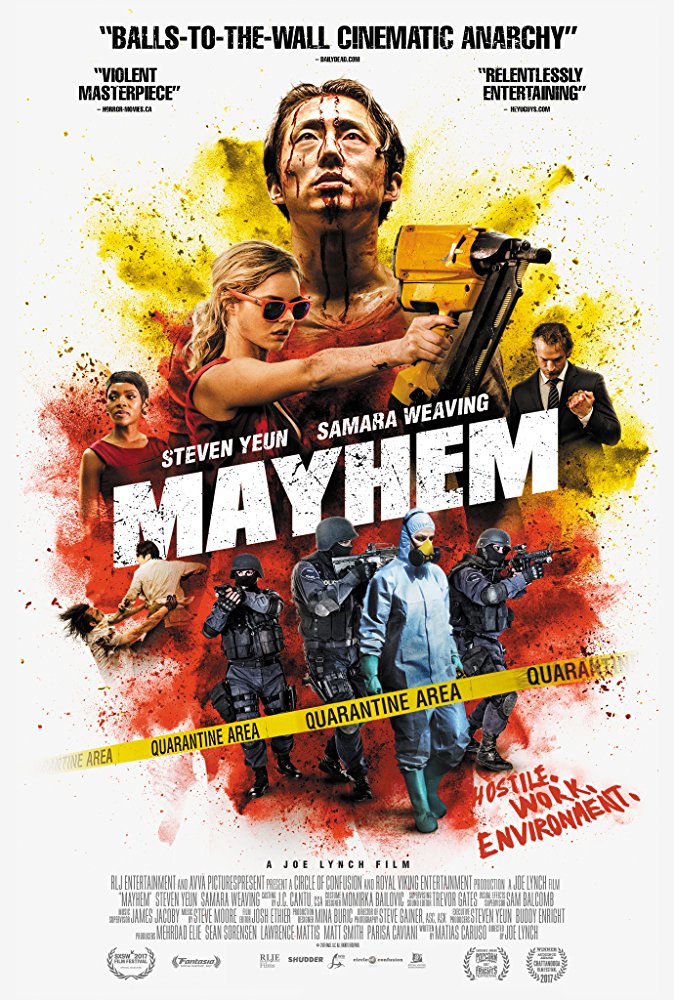 MAYHEM played at the Toronto After Dark Film Festival this month. My schedule did not allow me to go see it when it played in the theatre, so I watched it at home.  Before I delve deeper (and reveal some spoilers) I will say this: If you get the chance to check out MAYHEM in the theatre, do it.   Not just to see all of the fights and blood in all of their big screen glory, but because this is a movie I wish I experienced with a packed house. MAYHEM is fun as hell. 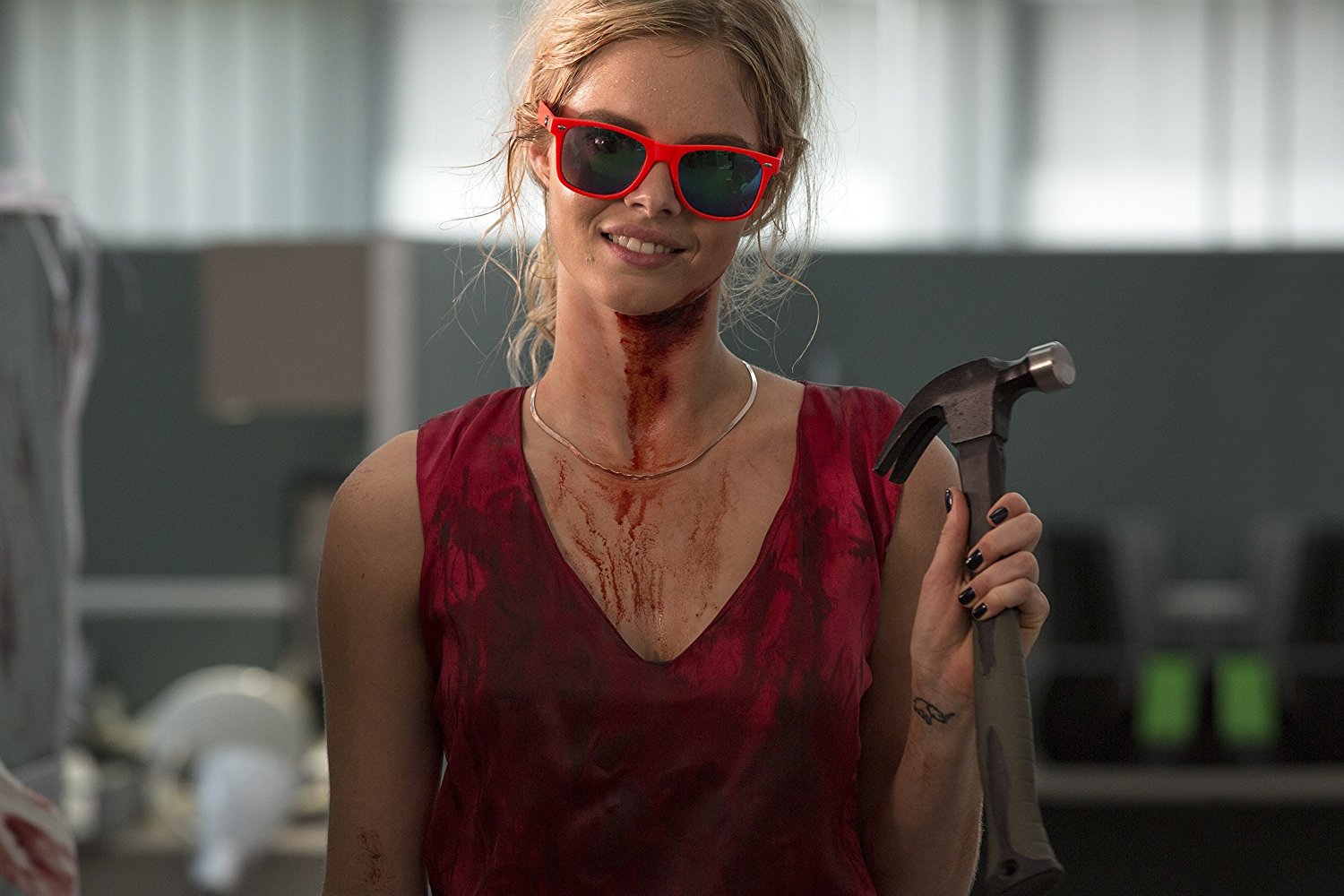 The film stars Steven Yeun as Derek Cho, a hard working and career driven lawyer, who has just been framed and fired for a very expensive blunder he had nothing to do with. It should come as no surprise that the colossal consulting film that is Towers & Smythe couldn’t care less about Derek, his professional reputation or who is actually at fault.  When the ball is dropped, heads will roll. 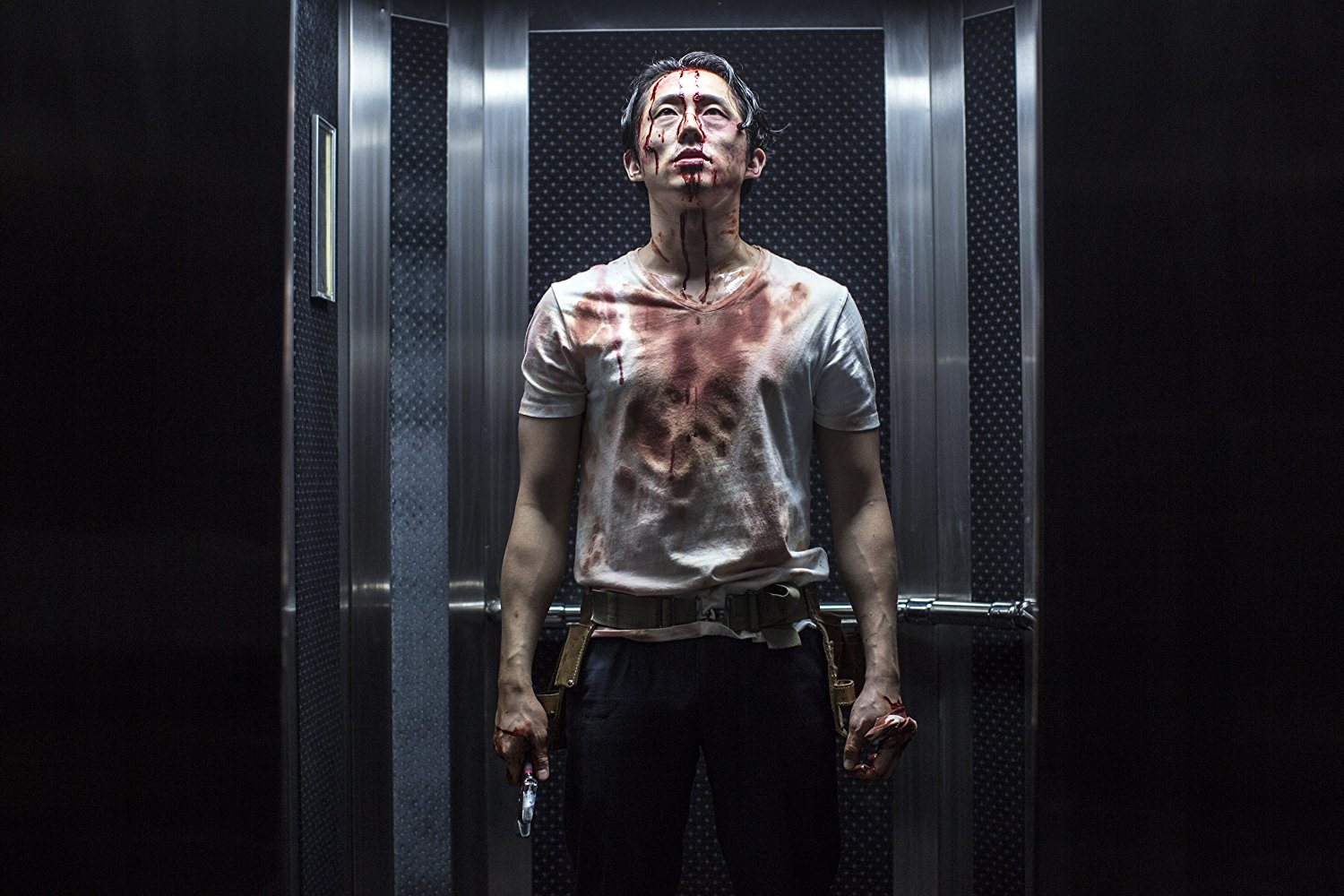 What is a surprise is when a small army sized SWAT team rolls up with infectious disease specialists to quarantine the building. Derek’s day is about to get way worse because everyone (including him) in the building are infected.

An antidote has been dispersed into the ventilation system but will take 8 hours to run it’s course. That means for the next 8 hours the entire firm of Towers & Smythe is on lock down.  To add to the chaos, it turns out that gnarly pink eye is the most minor of symptoms of the virus. Once in full gear, the virus represses a persons moral barriers resulting in violent, erratic and sexually charged behavior. If you are thinking that I just described your run of the mill cokehead,  you are correct. In fact, the government official debriefing the figureheads of the firm says ” The virus would make a coke addict look like a model citizen”. Horrible comparison but you get the point.

While everyone is busy fighting and fucking, Derek finds an unlikely ally in Melanie Cross (Samara Weaving), an extremely unhappy ex-customer of the firm.  Together, they will work to get to the executive level of the building and then get the hell out of there. 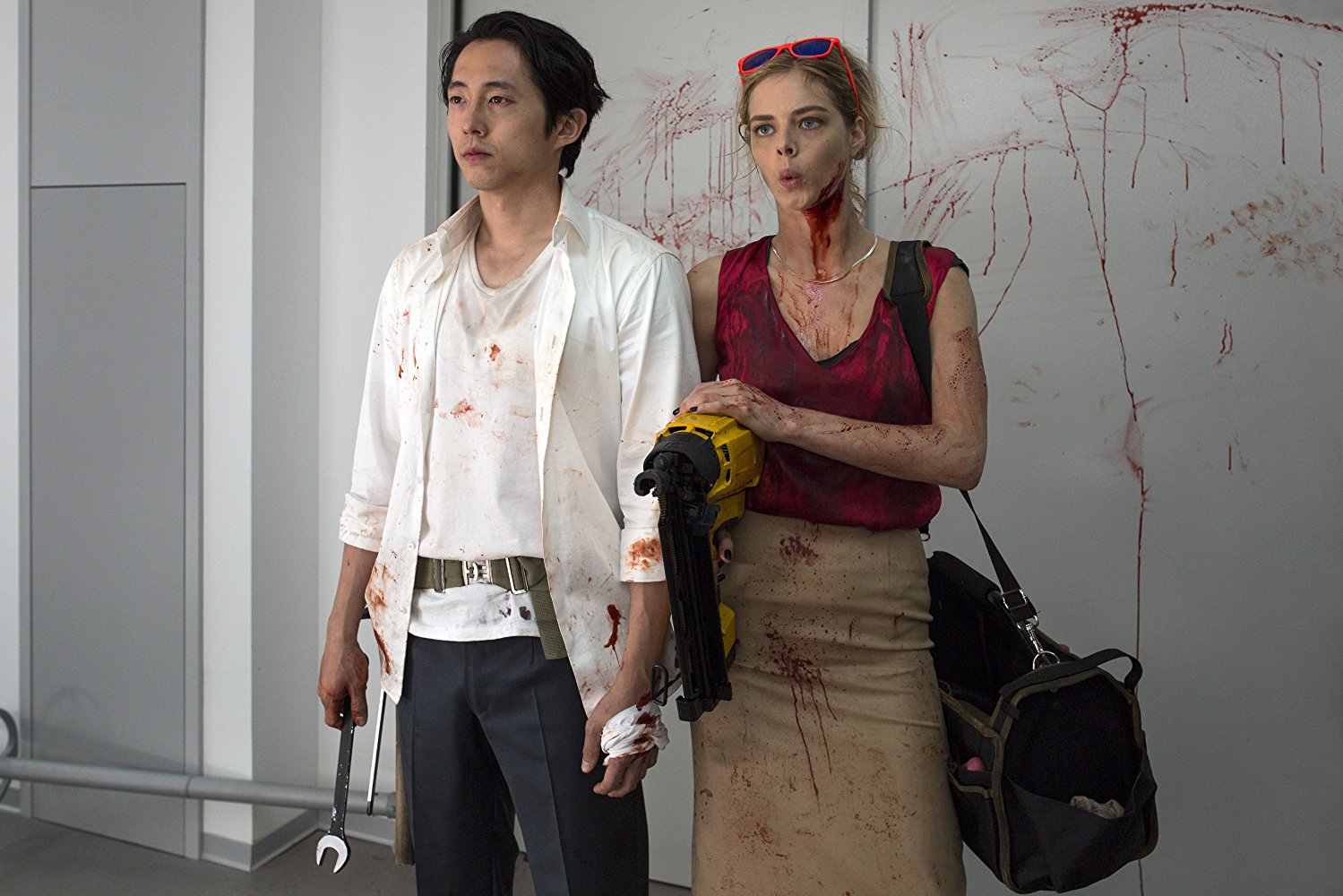 Yuen and Weaving have a really great and genuine chemistry which is hard to portray given the content of the film.  They look like they are having fun in even the darkest of moments which in turn only highlights how disarming the virus is to normality.

This is the first time I have really watched Yuen in anything. Full disclosure, I am not a fan of THE WALKING DEAD. I tried to watch it once and frankly, it was just a lot of walking. I am more of an action person myself. This film has plenty of action and very little walking so that was a big selling point for me. 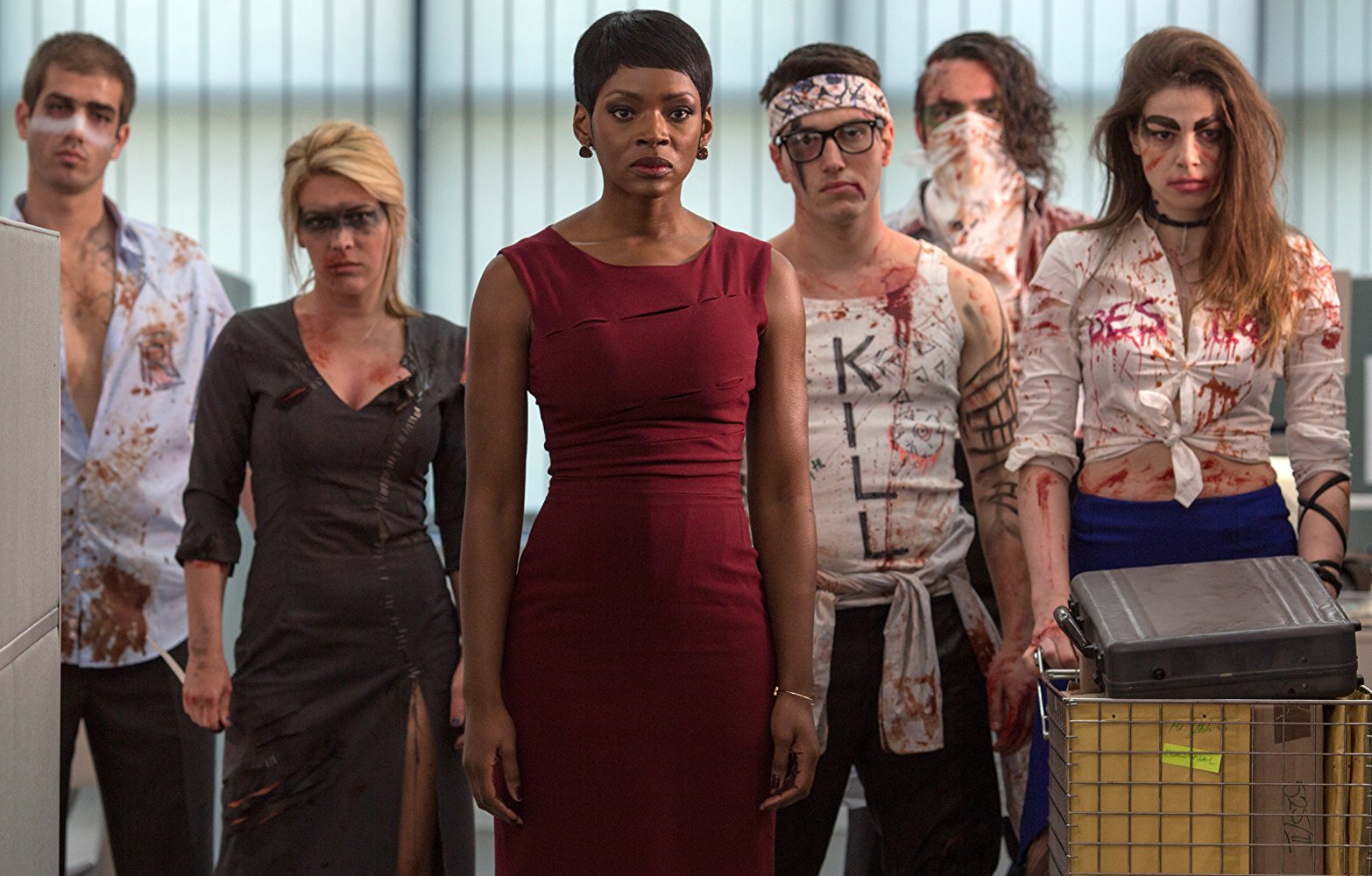 I was really struck by what a strong performer Yuen is. It was really captivating to watch him and I now completely understand the public outcry to losing his character Glen on THE WALKING DEAD. He is such a big presence and in MAYHEM he is a fantastic leading man. Color me seriously fucking impressed.