What better time is there for horror movies or creepy psychothriller novels than midsummer when you’re outside and wading through yet another hot and humid day.  Inside with the A/C going full blast, I sat down with Peter Swanson’s HER EVERY FEAR,  a true page-turner following in the long line of “perfect crime” stories that began with the true story of Nathan Leopold and Richard Loeb, wealthy twenty year old Chicago college students who murdered 14-year-old Nathan Franks in 1924 to prove how brilliant they were.  “The crime of the century” as it was called at the time led to Hitchcock’s ROPE (1948), COMPULSION (1959), and SWOON (1992). 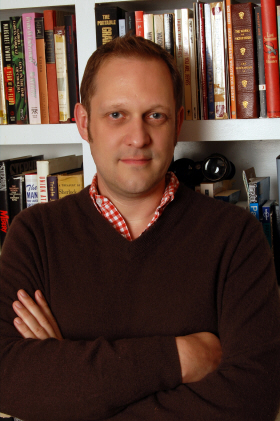 As Swanson’s novel moves forward stylistically using alternating points of view, emotionally and mentally troubled Kate Priddy, tries to recover from a disastrous relationship in London that ended with her kidnapping by her possessive ex-boyfriend and his suicide.  Hoping the Atlantic Ocean can separate her from her past and overwhelming anxiety, she agrees to a short-term exchange of living quarters with Corbin Dell, her American cousin—a tiny apartment in London for a spacious apartment in Boston.  Although, Corbin is her cousin she really knows little about him.  When Audrey, Corbin’s next-door neighbor is murdered shortly before Corbin heads for England, he becomes a suspect.

Enter Alan Cherney, a clumsy friendly stalker who has been window-watching and claims to have seen Corbin in Audrey’s apartment.  Kate decides to investigate and confirms some kind of connection between Corbin and Audrey although he denies it.  Add paranoia to the brew, and we can feel the world closing in on Kate’s apartment building. Enter tearful “Jack” who claims to be a friend of Audrey’s and tries to surreptitiously implicate Corbin.  The plot thickens as Corbin appears to have been involved with “Jack” who turns out to be the amoral and calculating Henry Wood in what both believe will be a perfect murder.  To tighten their relationship there is a polaroid photo which prevents either one from snitching.  There are more murders, all of which are motivated by a collegiate attitude to possessiveness and feelings of betrayal (i.e.,the two-timing girlfriend).  There are hints of bisexuality from time to time but nothing more definitive.  The central characters treat murder as a secret activity for their two-man membership club until Henry decides to take things further. At this final turning point, Corbin reappears in Boston when he realizes that Henry is going to kill Kate.  If you can remember Audrey Hepburn’s uncertainty as WAIT UNTIL DARK ends you may see parallels in the ending to HER EVERY FEAR.

I don’t want to go any further other than to say that this ice-cold novel focuses on obsession, women as objects, and has an unexpected ending.  It is unusual in that it is reflective rather a search for deep meaning, graphic violence is kept to a minimum, and there is little room for empathy.

Peter Seidman is an artist and writer whose first book of short stories “The Sheriff of Lac Brule,” a humorous take on growing up, is available on Amazon (link below). Born in Montreal, he lives with his daughters in Toronto.