4×4 is the first FANTASTIC FEST film I have viewed and it sets the bar high. Extremely high.  The premise is simple but the film itself is SO MUCH MORE than it’s logline.

Getting robbed is the worst, and thieves are the scum of the earth. If you have ever been robbed I am sure you have spent many nights awake, furious and dreaming of all the terrible things you would do to the person who robbed you.  Now, imagine putting all those evil plans into motion when you catch the thief in the act. 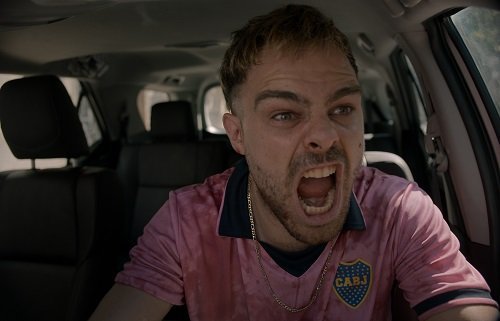 Dickhead car thief and career criminal Ciro (Peter Lanzani) heads to an fancy neighborhood in Argentina and finds a fancy SUV (4×4) that he decides will be his mark.  He breaks into the “Predator” with a tennis ball (I’m not really sure how that works but I’m not a car thief) and once inside he gets to work.  As if breaking into the vehicle and ripping out its more valuable parts (damaging the vehicle to high hell) wasn’t disrespectful enough, Ciro gleefully pisses on the nice leather seats in the back. Once the coast is clear Ciro tries to get out of the car…but he can’t. This car is a fortress of security. The car won’t start, the doors won’t open, the windows cannot be broken and its virtually soundproof so yelling is frivolous. Not only is Ciro an asshole and a thief,  he is really poor at planning because as he attempts to call his wife Irina his phone dies. Get your shit together Ciro!!!! As panic starts to set in, Ciro grabs his gun and shoots at the windshield which he discovers is bulletproof and the bullet ends up ricocheting into his leg.  Now he is sitting in the seat he covered with piss, in a car he can’t get out of, with no cell phone and bleeding profusely from a self inflicted gunshot wound to the leg. The other thing he has is zero sympathy from us the viewer. 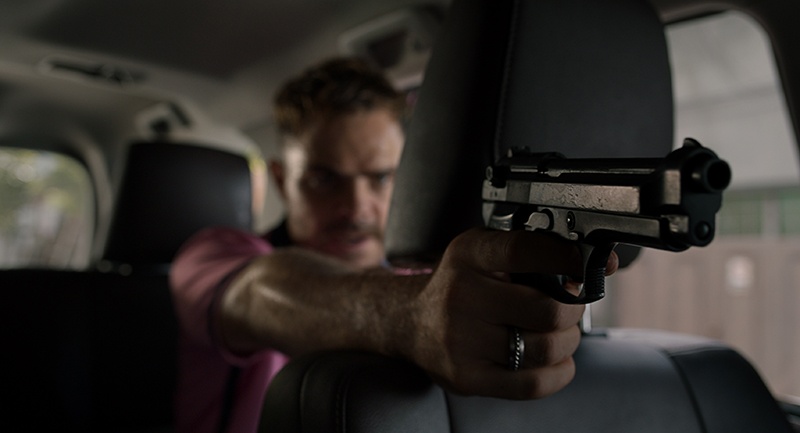 A call comes through the car from “Me” aka the cars owner.  The car is owned by Dr. Enrique Ferrari (played by Dady Brieva) who specializes in delivering babies and advising soon to be mothers.  He has also been robbed 28 times prior to Ciro’s so far failed attempt.  With Ciro trapped in his car that the doctor can fully operate remotely….he spends the next few days (there is no specific timeline given) torturing Ciro in various ways that are reminiscent of Jigsaw in SAW.

Filming 4×4 must have been torturous in and of itself as almost the entire film takes place inside the vehicle.  The tight space and claustrophobia that the camera crew must have experienced is very much felt by the viewer, along with the isolation and helplessness felt by Ciro. 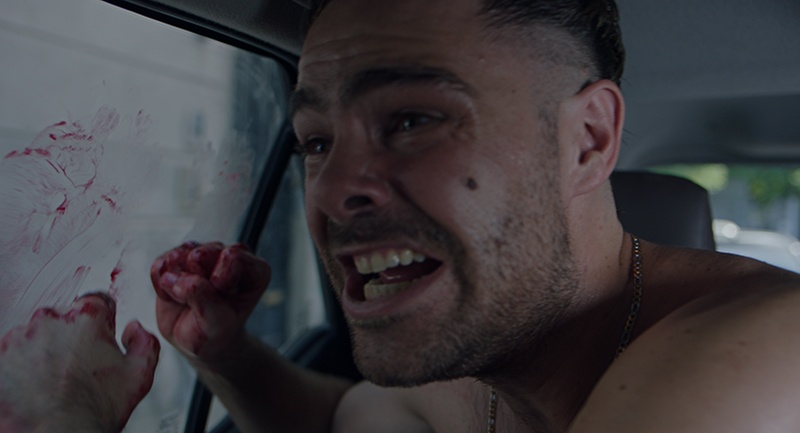 While watching the film I wasn’t sure where the film was headed.  Despite moments of Ciros’ experience that may touch on the viewers humanity, you feel zero sympathy for him and I actually did not want the film to end with him getting free. That isn’t to say that Dr. Enrique Ferrari is the hero of this film. Frankly, I didn’t care if he lived or died either.  By profession he brings new life into the world, but by nature he relishes in torturing someone to near death, then denies them that decency and keeps them barely alive.  So much for that Hippocratic Oath all doctors are sworn to I guess.

So, this all had me wondering…Where can this go? Dr. Ferrari can’t torture him infinitely…can he? While that sounds delicious in theory that would actually make for a pretty pointless and boring film. This is a survival horror that you hope ends with no survivors, and THAT is a new take on the sub-genre all together.

The major theme in this film is of crime and punishment.  The film speaks on the lack of safety and lack of justice felt strongly by the people of Argentina. Their current legal system allows crime to run rampant as there is little to no consequence doled out. You commit a crime one day, and are out of jail walking the streets the next.  People are robbed more times than there are days in a month, and they have had enough of it.

The performances are really incredible.  The way that Peter Lanzani builds his character as the film progresses is nothing short of award worthy.  The performance he gives and the way he depicts the decline of Ciro reminds me of Laurent Lucas as Marc-Stevens in CALVAIRE. This is basically the highest compliment this writer can pay someone as CALVAIRE is one of my favorite films of all time  (next to FACE/OFF of course). 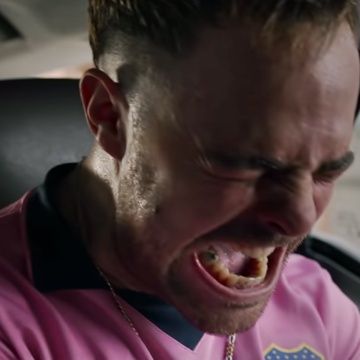 4×4 is perfection on film.  Everything about it had me glued to the screen. From the minute it started with its fantastic score, sound design and performances I was completely sucked in.   Its shot beautifully and has left me thinking about it and its themes for days since.

4×4 is the product of SAW and FALLING DOWN having a baby, that was delivered by a doctor who is torturing a thief all in the name of what he feels is justice. The only criticism I have for the film is that I didn’t watch it in a theater, and that one is on me.