1999 was the year that THE BLAIR WITCH PROJECT and the found footage sub-genre gave way to an influx of independent filmmakers hoping to find the same success with their own found footage film. In the blink of an eye the market became flooded with low budget, grainy films that tight rope walked the line between documentary film making and a “based on a true story” approach to story writing.  We all know that what goes up must come down and thus brought the swift found footage burnout.  Now, almost 20 years later,  Erik Kristopher Myers has revived my excitement for the sub-genre with his film BUTTERFLY KISSES.

The film starts with a self recorded video statement from a woman named Sophia Crane and its dated March 3rd 2004. In this short video, Sophia explains that she is a film student and this is her senior thesis. She asks that this found footage be added to the existing parts of her film that she has already completed because she doesn’t believe she will be alive long enough to do it herself. Her film is the story of “Peeping Tom” (also known as “The Blink Man“) and her quest to unravel the mythos behind him. Finally, she asks that this footage be shared with her parents…and that she doesn’t know how much longer she can go without blinking. 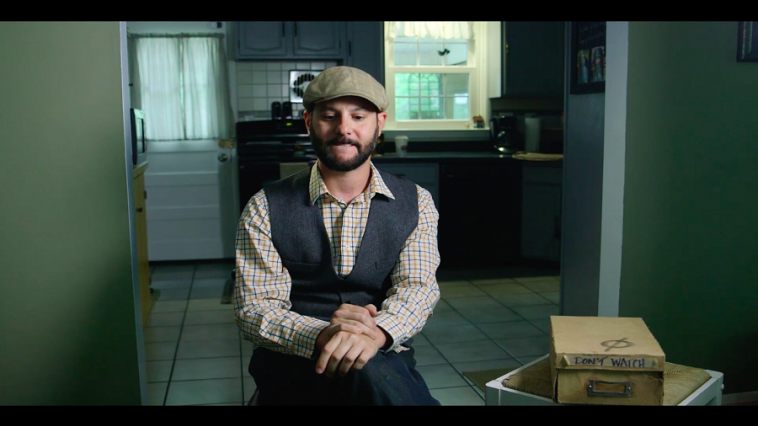 Fast forward to May 2015 when filmmaker Gavin York stumbles upon Sophia’s tapes. He decides to make a documentary style film that sets out to answer a handful of questions. Questions like who was Sophia and her cameraman partner Feldman? What happened to them? Is the footage they made authentic or manufactured? Is The Blink Man real or just a town urban legend? To start off we learn about the town of Ilchester, the Ilchester tunnel and of course, the legend of The Blink Man. 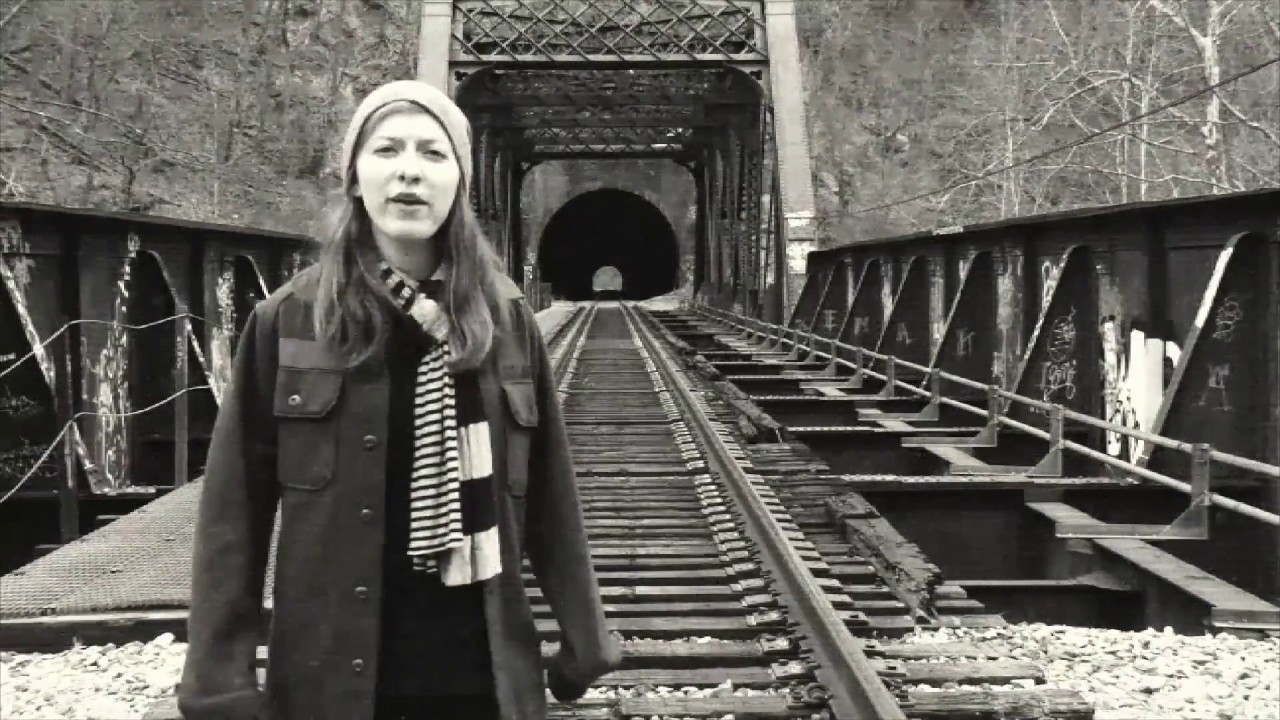 Legend has it that if you can stare down the Ilchester tunnel for one full hour without blinking, Peeping Tom will appear out of the shadows. Once you have seen him, he can’t be unseen. He is what the Germans call a “Flimmern-Geist“. a term coined in the 16th century which through the years has become more widely known as a “Flickergeist”.  Basically it is the name for those ghostly and supernatural entities that you catch in your peripheral for a flicker of a moment. Now back to that unseeing thing. It is meant in the most literal of ways . Once you have seen him he is there and with each time you blink he will appear closer and closer. Finally, when he is close enough to reach your eyes with his distinctly long eyelashes, he will give you “butterfly kisses” (like the name of the film!) which in turn forces you to blink and ultimately you die. Unless the insomnia and mental deterioration that comes with it doesn’t kill you first. It’s  an either/or kinda thing , but the outcome (death) is the same no matter what nightmare situation brings you there.

The film is very unique in the sense that it weaves together the found footage that was incorporated into the film that Gavin York completed and released, and some real life documentary style interviews of film critics, directors, writers and more. Filmmakers and writers out there should take note of these interview clips because they make some really great points to keep in mind when creating. The highlight of these cameos for me was Matt Lake, a writer who’s “Weird” book and magazine series I have adored for years. I don’t “fan girl” often, but I did for Matt Lake. 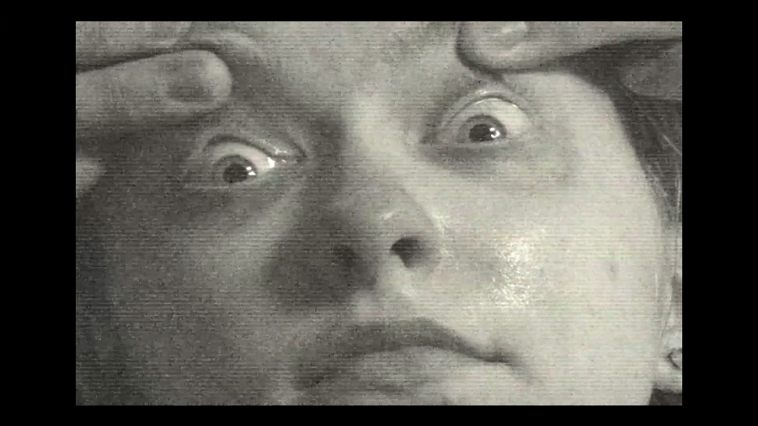 The film also takes a bit of a turn with the camera shooting the director himself. Luckily it doesn’t derail the original intent of the film. Gavin York as a character left much to be desired so I was glad that the focus didn’t completely shift to him ruining his relationships and reputation for the sake of the film.

BUTTERFLY KISSES  initially sets out to sells itself as a found footage mixed with documentary style film about what became of 2 film students who started to make a film about their towns most infamous urban legend. What we get is a really engrossing supernatural story that is well told, well directed and had me diving down “Blink Man” internet rabbit holes for days to come.

BUTTERFLY KISSES from Gravitas Ventures is available on iTunes, Fandango, Amazon and Vudu.