A pint of Fireball was needed when I watched this film.  A pitcher of sangria is what I needed to write this review.

When the potential thrill appears during the opening credits, I tend to think YES! This is going to be one bad-ass film. And then, splat! It falls flat immediately with a lame collection of actors, poorly written script and no visible motive whatsoever. Walter is a normal looking, every-day doctor (at least, that’s according to IMDB) who has a secret. He has a mate (Hunny, played by L.G. Korupture) who silently tortures and kills women while making snuff videos. Why? To placate Walter, who’s “deviant behavior” is jacking off to them in private, fresh off the take. 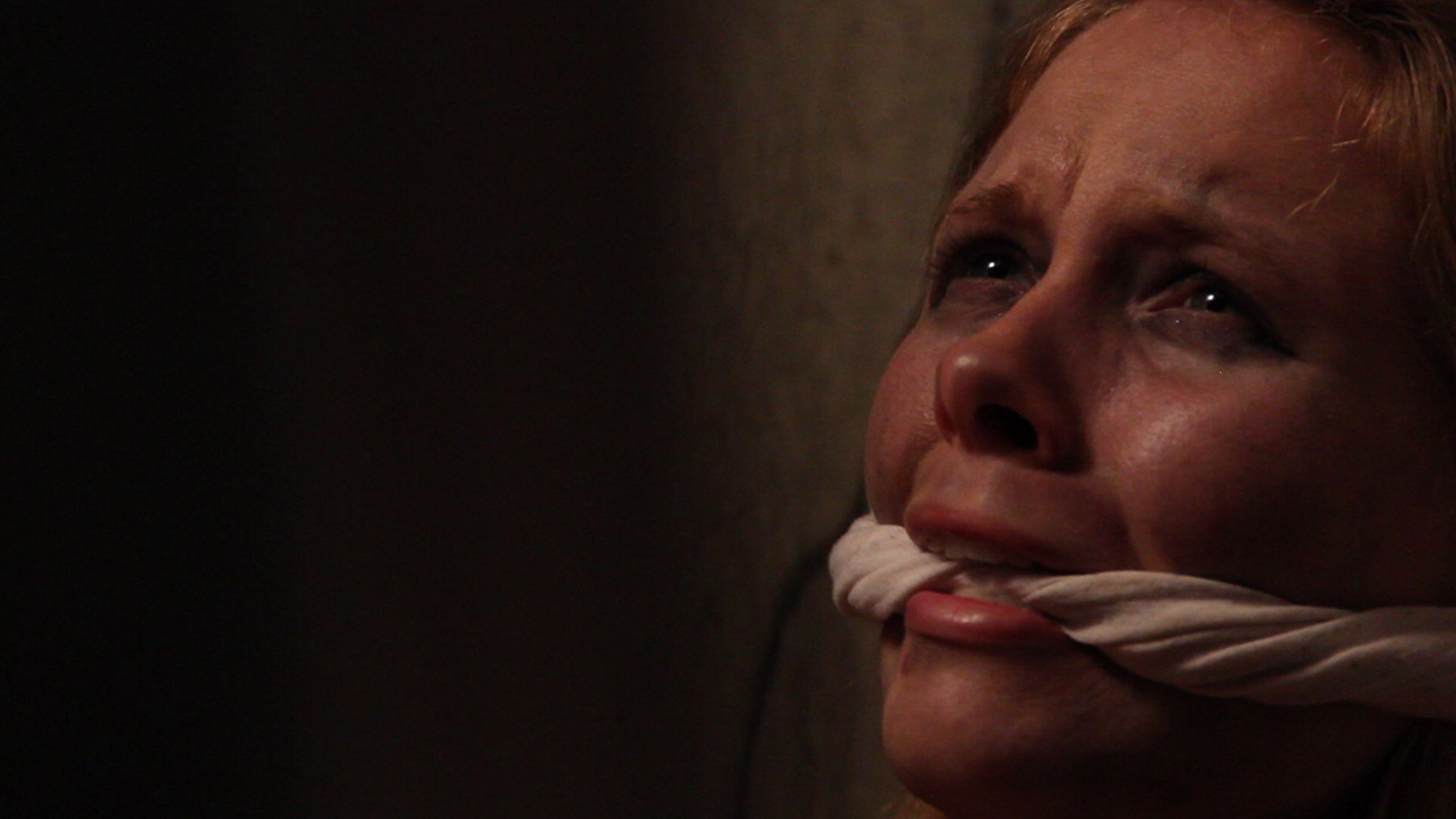 Hunny isn’t your everyday “wife”. Picture a combination of Sloth from THE GOONIES, mixed with a bit of THE SILENCE OF THE LAMBS’  Buffalo Bill, and finish it off with Pin-up Girl (the porcelain doll masked intruder) from THE STRANGERS.  You see, Hunny is non-verbal and transgendered who hides her true self behind a pretty, feminine mask. Then there is the main protagonist of DEVIANT BEHAVIOR – private detective Charlie Reese.  Charlie (played by Eric Rodrigue) is a drunk and disheveled slimeball who will do almost anything to make a buck. When visited by a concerned brother who hires Charlie to find his missing, drug-addicted sister (why are all these characters written in such a cliché manner?), Charlie sniffs out his old friend/crush, Roxy to assist. Oh…Roxy is a hooker. As if you couldn’t see that one coming from a mile away.

So now, we are in full blown detective mode. Where is Kerry (the missing sister), who is this Walter she was last seen with, why are women disappearing and more importantly…who cares?

Walter is clearly a sleaze, preying on women to lure back to his apartment with the promise of drugs, liquor and possibly a romp in the bedroom. But since Walter’s depravity is jerking off to seeing these women being slaughtered, we are left with the wonderment of motive. There is no backstory. There is no rhyme or reason. And there is no determination of how Walter hooked up with Hunny, who clearly has a need to pacify him to no end. Charlie (Rodrigue) is the ONLY saving grace. And, that is not saying much except for the acting. He is unattractive, sloppy, drab and reactive. Within a blink of an eye, he goes from the ambulance chasing idiot to the all-consumed hero ready to put his life on the line to save the current abductee and Roxy from a gruesome demise.
Why? 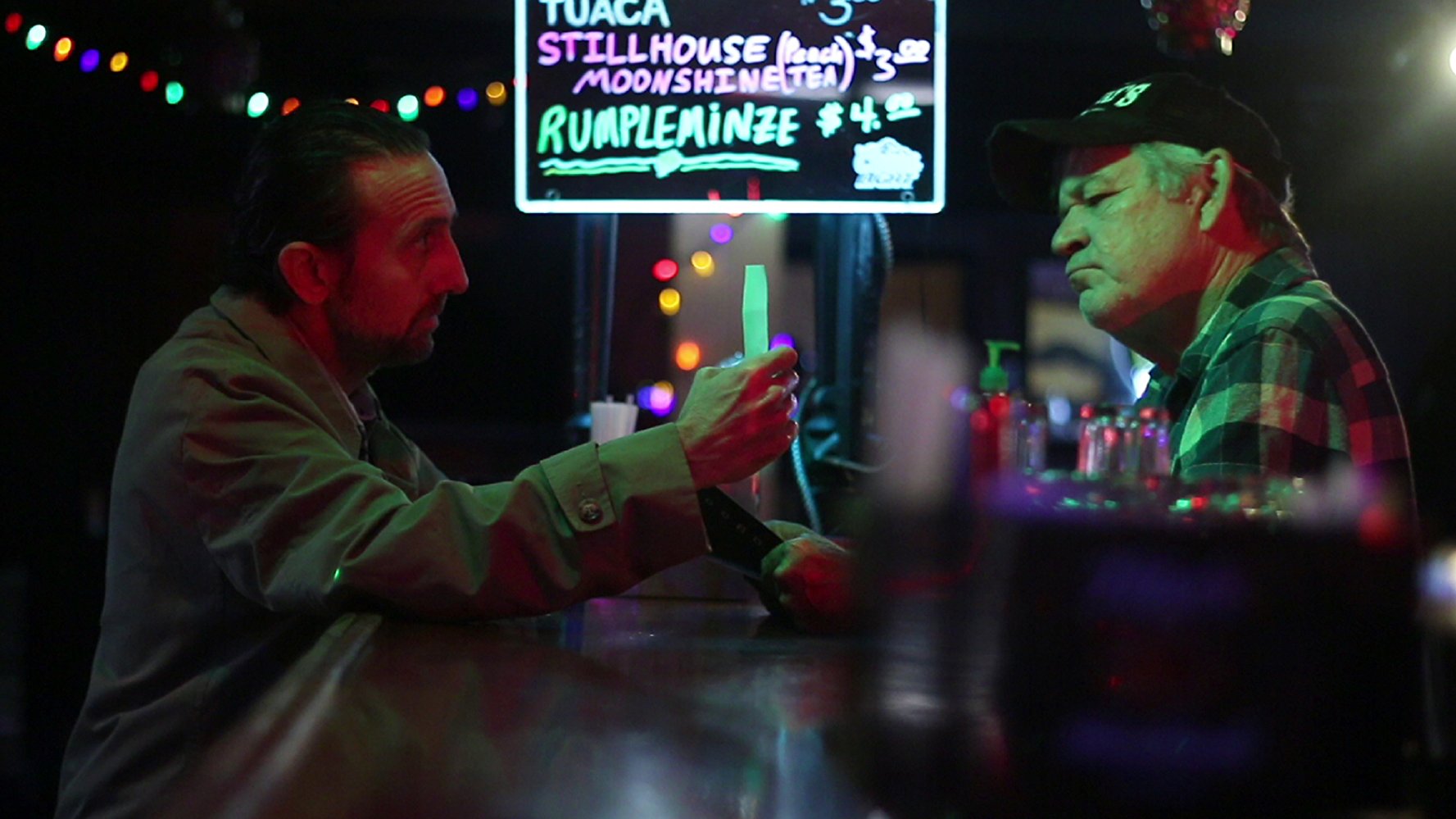 God only knows. And I mean that…God, and director Jacob Grim, because I could not understand this lack of character development or sudden sense of heroism that Charlie launched himself in to. That, and expressing his love for Roxy when we are not granted a clear account of their history together. Where did THAT come from?

DEVIANT BEHAVIOR is an ultimate disaster. With the ridiculous song and dance during Hunny’s slicing victims behind her dollmask, to an insane and hum-drum guy-turned-sadist, to a “used car salesman” of a detective, I still struggle with the intention. Not necessarily of the characters themselves, but of the movie as a whole.  I just don’t get it. 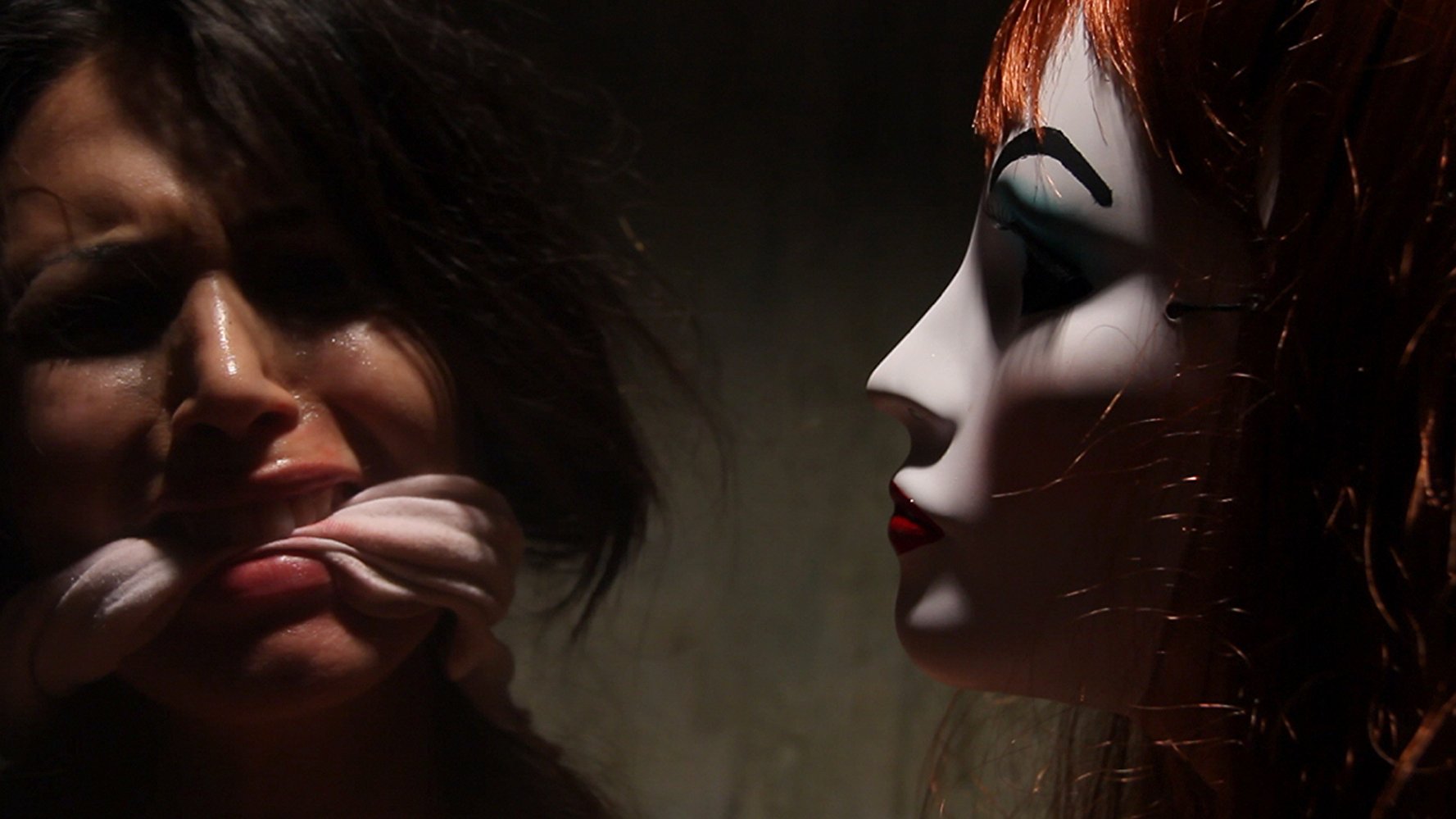 The obvious ode to THE SILENCE OF THE LAMBS is insulting. The amateur production and the abhorrent screenplay (the writing is just atrocious) leaves me with a feeling of “how did I just watch that from start to finish without hurling?”

You will find more deviant behavior by watching your local news channel than you will find in this mess.  Just this girl’s opinion.

“Deviant Behavior is a disastrous mess”

66 HORROR FLIX PRESENTS: BACK TO SCHOOL AT HORROR UNIVERSITY WITH JIM TOWNS