Edgar Allen Poe’s 1843 short story The Tell-Tale Heart is the classic story of a killer driven mad with paranoia and guilt after committing a murder- hearing the victim’s heartbeat constantly after the fact. As one of America’s first writers of horror and mystery fiction Poe’s work is an obvious yet interesting place for source material.

HEARTLESS is a 2018 short film directed and written by Kevin Sluder. The film is based on The Tell-Tale Heart but is a modern and gory retelling. It also has some bold truths to tell about sexism and office “locker room talk” and is a clever way to bring Poe’s Gothic horror into the 21st century. 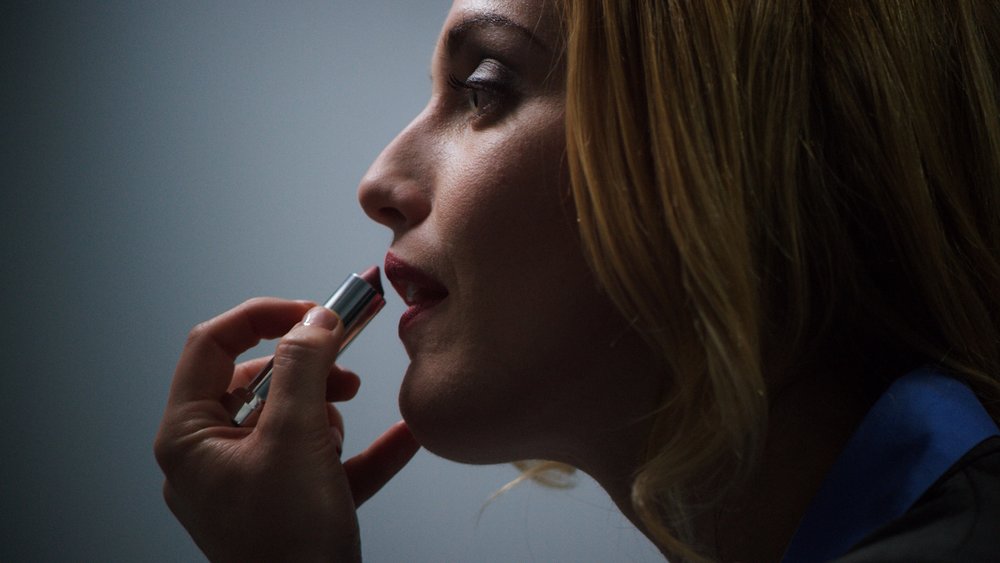 Shelby is a mild-mannered woman who is just doing her best to break through the glass ceiling and get some respect. After a particularly belittling statement from co-worker Clare, Shelby snaps in the most violent of ways and arrives at work the next morning to give Clare’s marketing presentation- but can she keep it together with the burden of what she has done still on her mind?

While Shelby’s actions are, as quoted by her co-worker “completely inappropriate” there is definitely some sick glee to be felt as hideous characters get their bloody comeuppance.   The film is cathartic almost, especially after a long day of being exposed the daily microaggressions that are sadly a part of everyday. The satire is ever present in HEARTLESS; a sharp witted script had me chuckling throughout.

Stacy Snyder gives an entertaining performance as the thoroughly homicidal Shelby while Matt Mercer, Joanna Sotomura, Blaine Vedros and Ron Morehouse give great portrayals of infuriating co-workers. They really sell this scenario and give us good reason to side with the murderous Shelby.

HEARTLESS features some vibrant and blood soaked practical effects; office supplies used as weapons in an almost slapstick way are fun and stick in your mind. Gone is the shadowy stalking of Edgar Allen Poe’ s original story, replaced instead by fluorescent office lights which capture the crimes so much more vividly. With the film being called HEARTLESS of course it makes awesome use of a gruesome human heart which becomes a character in and of itself. 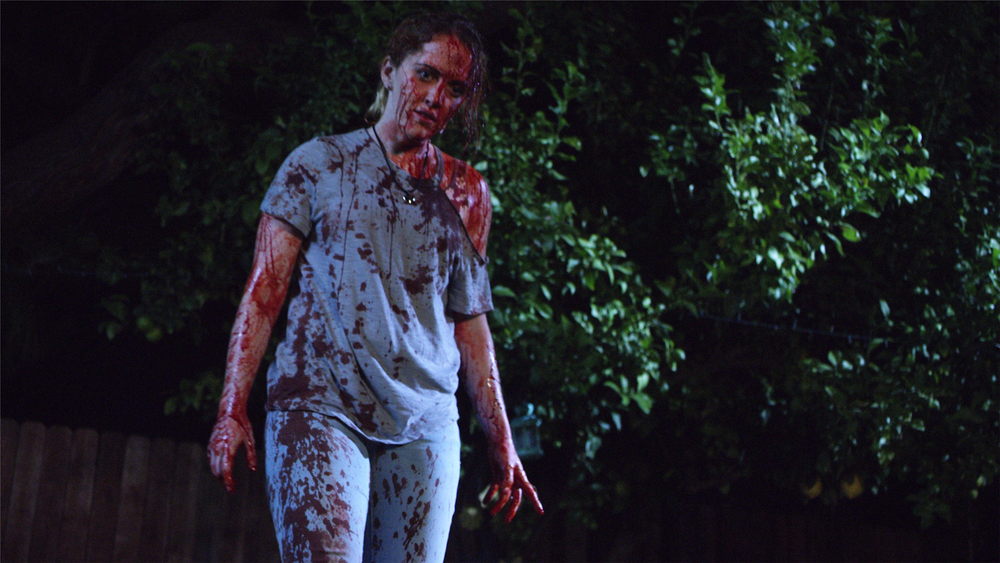 Sunshine Boy Productions have had hits with their other shorts which feature some familiar names both on screen and behind the scenes. HEARTLESS is a fun addition to their repertoire, Succeeding as both a stand-alone film and a homage to horror’s Gothic roots.

HEARTLESS is currently on the festival circuit and will play next at Fantosfreak Film Festival ( July 16-20, 2018 in Barcelona), Cinemafantastique Film Festival (August 25, 2018 in Vancouver) and Screamfest (October 9-18, 2018 in Los Angeles).

“HEARTLESS succeeds as both a stand-alone film and a homage to horror’s Gothic roots.”