Alright, I know what you’re thinking: “Not ANOTHER mockumentary about a symphonic, post-apocalyptic, reindeer-grinding, Christ abusing, extreme war, Pagan, FennoScandian metal band on a mission from Satan!” Trust me, I felt the same going into HEAVY TRIP (HEVI REISSU), which played recently at FANTASIA 2018. I decided to push my trepidation aside because if it made it into that festival it must fair better than the usual counter-culture mockumentary we have seen done to death before, right? Let’s address the (reindeer) meat of the film first… 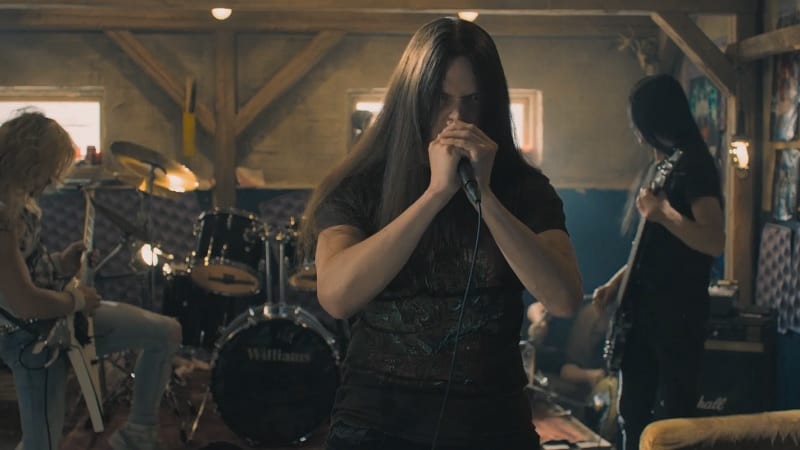 HEAVY TRIP is the Finnish (English subtitled) film about a group of small-town childhood friends/outcasts that love metal and start their own band. You know the old adage “practice makes perfect”?, well then these guys must be flawless because Turo Moilanen (the lead singer played by Johannes Holopainen) and his yet to be named band have been practicing for 12 years without ever playing a gig or writing an original tune.  The bands jam space is in the basement of the family owned and operated slaughter house of their guitar player Lotvonen (Samuli Jaskio).

The guys take on the big task of not only trying to find their sound, but write a tune and pick a name.  They found their sound by listening to the sound of a reindeer carcass going through the meat-grinder. From here its off to the races and in no time flat IMPALED REKTUM have their very first song written and recorded. 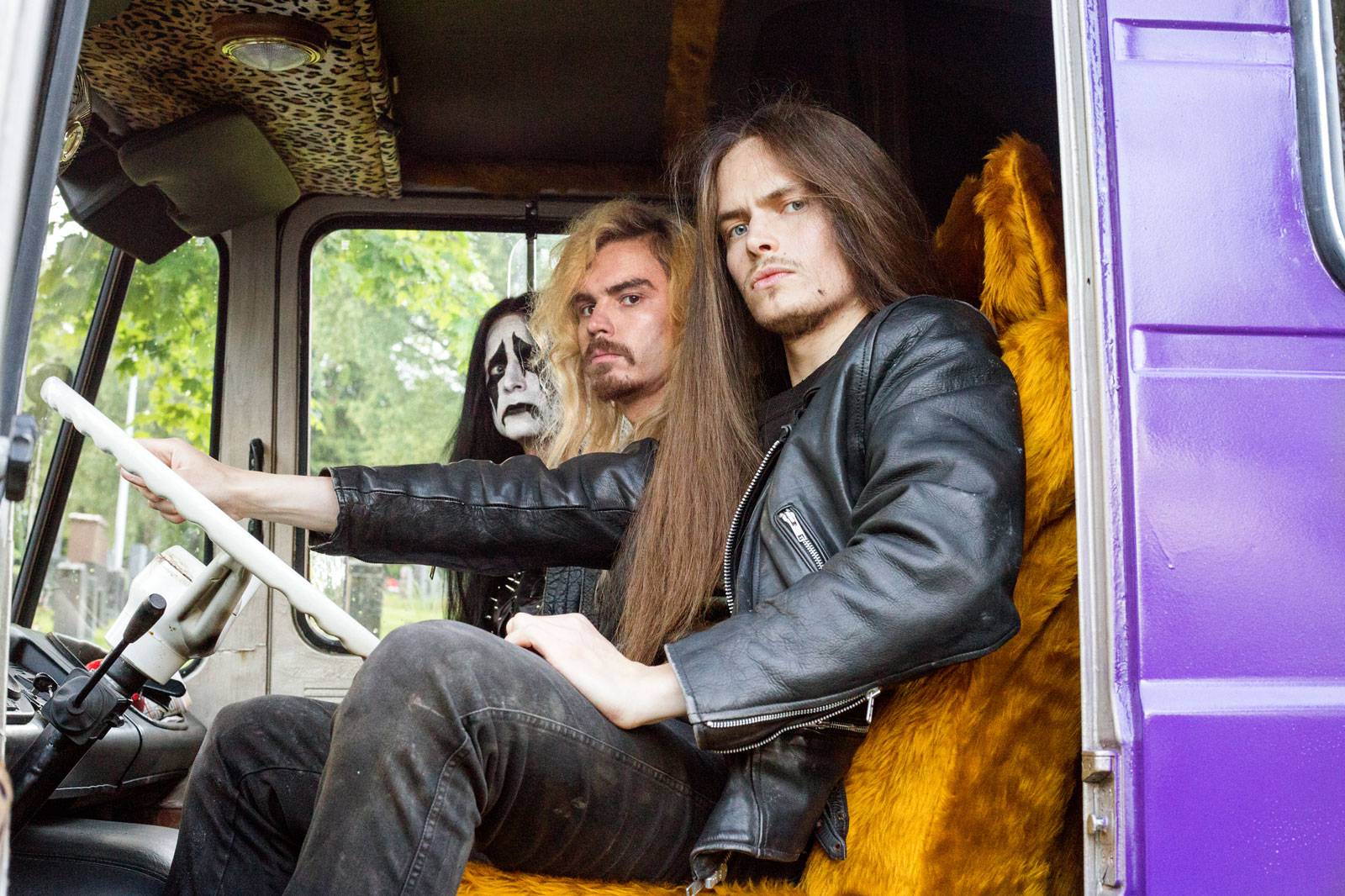 When the promoter for the biggest metal festival in Norway (Northern Damnation Fest) comes to the slaughter house to procure some reindeer blood for his acts to use during their performances, the boys seize the opportunity to give him their newly minted demo. In a bid to impress the girl Turo likes, his bandmates and the whole town itself, Turo announces that the band will be playing Northern Damnation Fest.  The rest of the film follows the SPINAL TAP-esque escapades the boys encounter along the way which include grave robbing, Viking heaven, and an armed conflict between Finland and Norway. 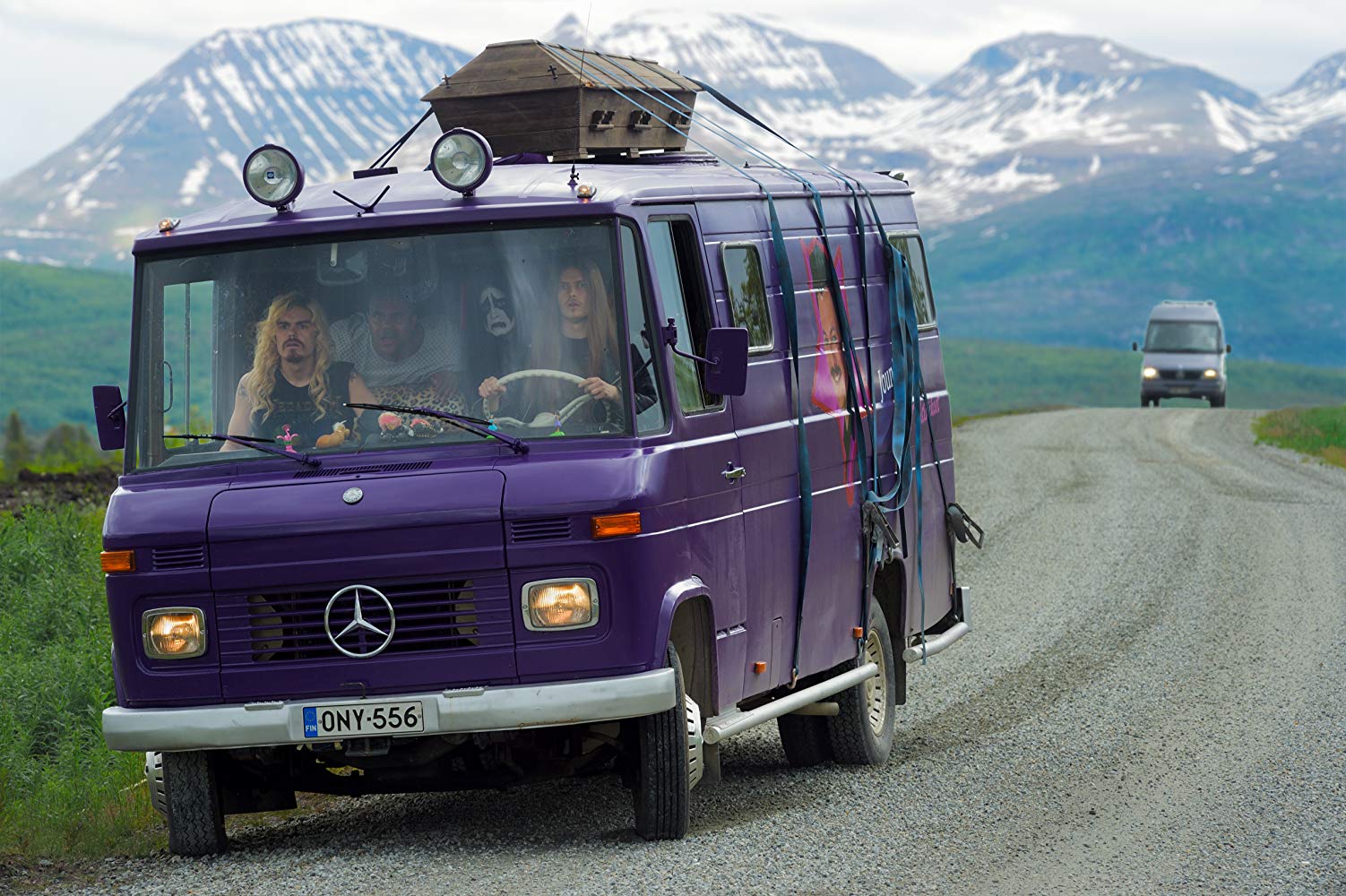 There was a lot of humour that the average person will enjoy but was even funnier to me as someone who likes and listens to metal.  It does not feel like one of those “mockumentaries” made by people who don’t reeeally know what they are mocking and it gets out of pocket. That being said, a lot of the jokes did fall flat.  Sometimes the scenarios created as the set up for the joke are also a lot of work for something that in the end…..doesn’t pan out. 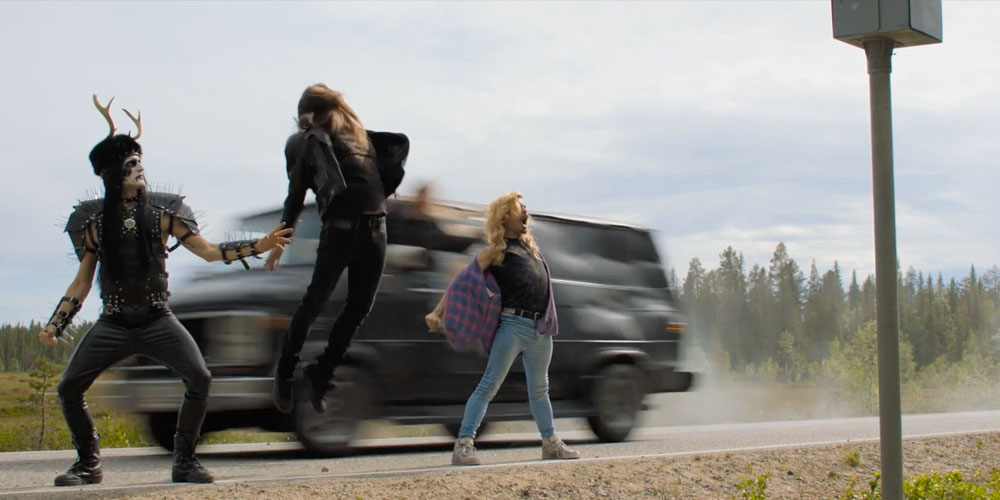 My biggest problem (and this may be due to the screener copy I was provided with) was the sound mix of the film was a mess.  Specifically when the band plays. I think the intention was to try and have moments that highlight the sound of each player individually but it came across as really poorly executed and frustrating for me. 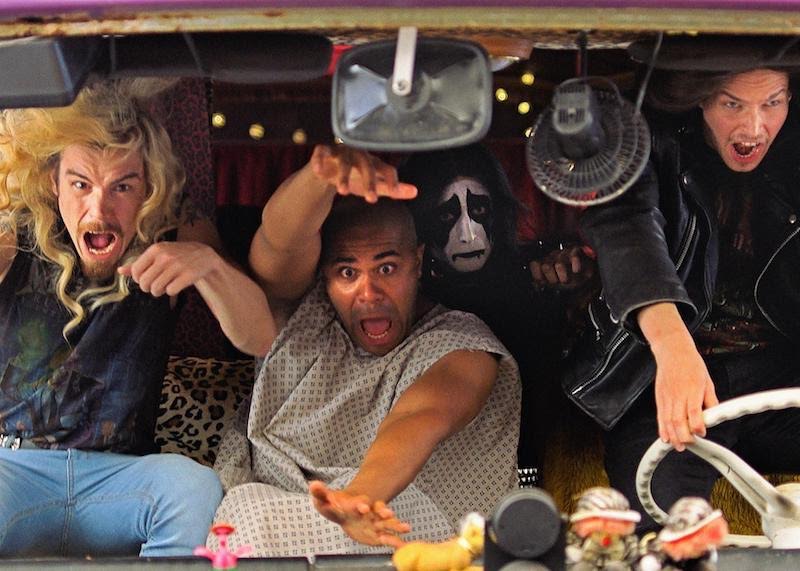 On the bright side, this film was funny and despite the language barrier and necessity of subtitles, was really easy to get engaged in.  I am a little concerned that the filmmakers have been stalking me because there are LITERAL clones of my friends in the film, personality and looks-wise! That is a good thing by the way.  They nailed the characters as did the actors.

HEAVY TRIP is a fun trip. It moves at a speed-metal pace and is highly enjoyable. Sure there are some tired tropes thrown in but what music mockumentary would be without them?

If you like metal, hell, even if you don’t, you will enjoy HEAVY TRIP. I am not sure where it stands for wide distribution but if it plays at a festival near you, GO!

” HEAVY TRIP is the best mockumentary about a symphonic, post-apocalyptic, reindeer-grinding, Christ abusing, extreme war, Pagan, FennoScandian metal band that I have seen…..ever!”