ISLAND ZERO is the low budget creature feature and debut film from director Josh Gerritsen. Directly inspired by the original eco-horror, 1954’s THEM! and horror classic, THE THING; ISLAND ZERO is quite clearly a film about natures revenge on humanity and the horrors of isolation.

The residents of a small fishing village off the coast of Maine find themselves in peril as they are cut off from the mainland. Meanwhile the island’s marine biologist discovers there is something wrong with the local ecosystem as he records the lack of aquatic life around the island. As creatures expert in the art of camouflage and disembowelment begin to attack them one by one, the team of survivors must use their scientific knowledge to fight back.

Eco-horror is a sub-genre which explores themes of human impact on the environment and its deadly consequences. Films such as THE BAY, THEM! and THE HAPPENING all explore the consequences of human destruction to the planet. ISLAND ZERO also fits into this sub-genre as we discover over-fishing and climate change bring these cold-blooded monsters into contact with the humans on the island.

Some gorgeous aerial shots of the woods and coastline of the sleepy little town make you appreciate the stunning setting of this film. The interesting camera shots don’t stop there, I loved the use of infrared heat-seeking cameras, this effect gave the film a way to show the creatures without falling into the trap of revealing too much of the monster too soon. 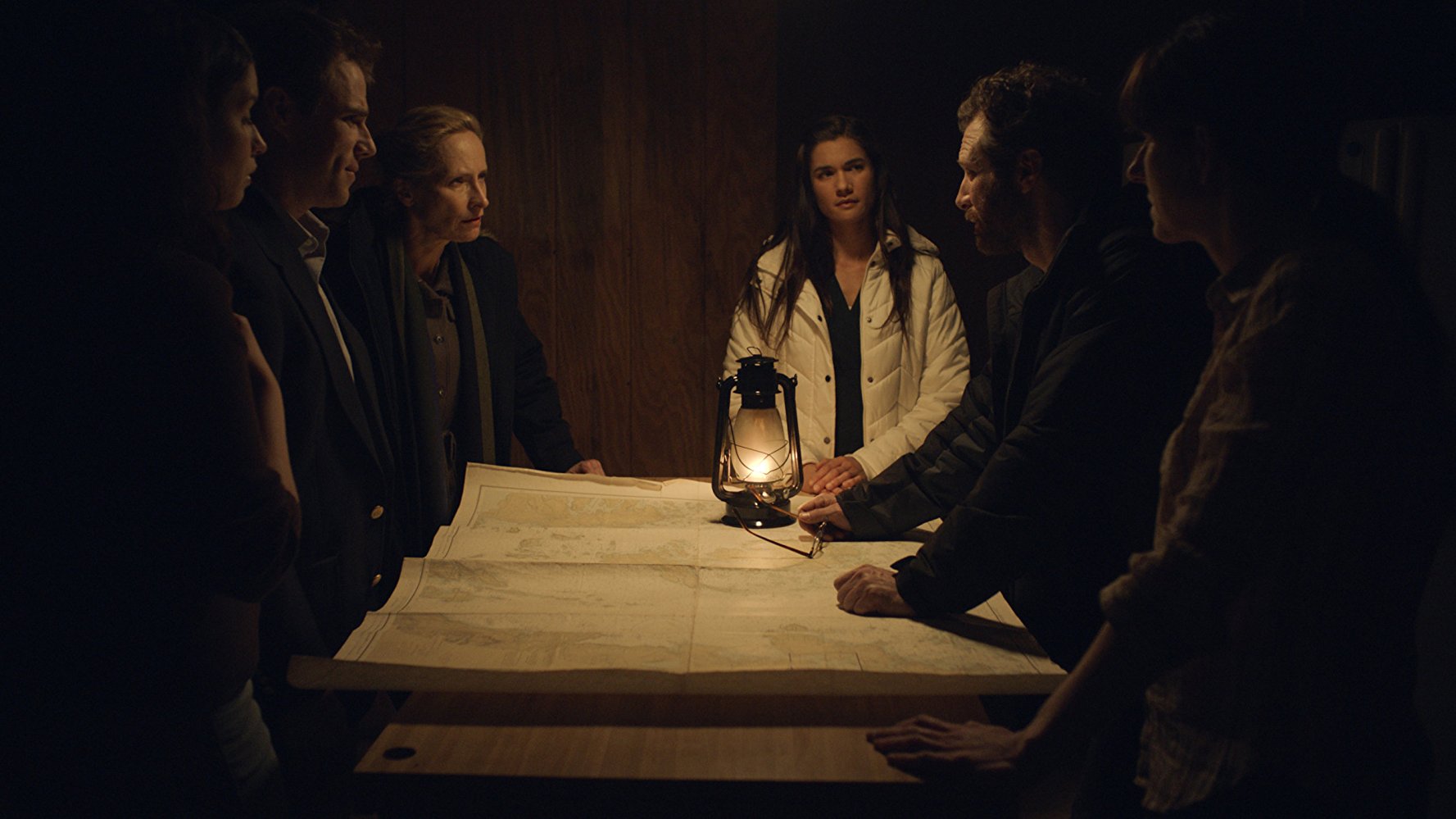 ISLAND ZERO has an impressive writer behind it: Tess Gerritsen, whose medical thriller and crime novels make her an internationally bestselling author. Gerritsen’s scientific knowledge shows through in the script- it lends credibility to the plot and gives an element of realism.

ISLAND ZERO is quite campy, although it is hard to tell if this is intentional or not. The narrative of the film is well thought out and there are no plot holes so what may have supposed to come off as tongue-in-cheek can also be interpreted as simply poor acting. Quirky characters come off forced and the dialog at times feels like a mere reciting of the script. Despite certain lackluster performances, one that stands out as a cut above the rest is Laila Robins as local doctor and all around bad-ass Maggie who becomes the group’s leader and protector- I will always advocate strong female leading roles such as this. 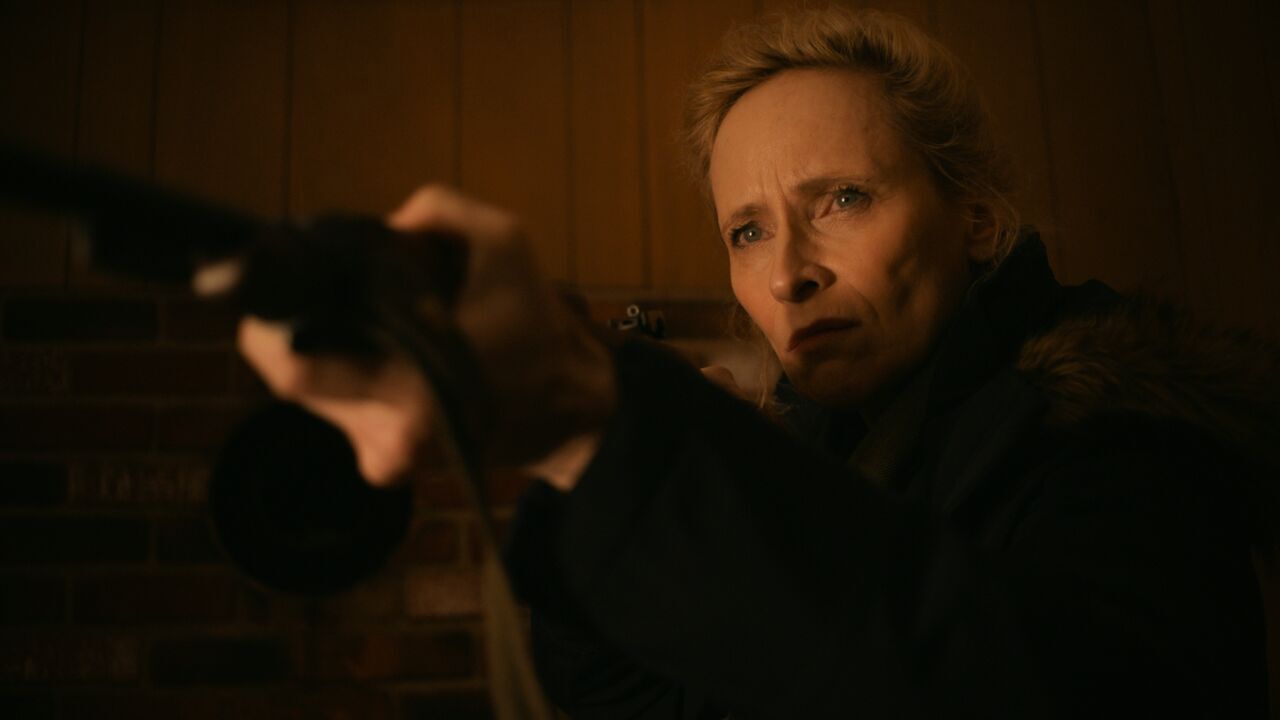 The small New England town, the band of survivors who don’t get always get along and the leviathan terror deep within the earth, all played a part in making ISLAND ZERO have the feel of a Stephen King adaption. The comparison is apt; as a Maine resident himself, Josh Gerritsen set his film entirely in his home state with a cast and crew of as many Maine locals as possible. Whether this worked in the film’s favor is debatable, but one thing is for sure, this commitment to community shines through and this independent film has spirit.

ISLAND  ZERO comes with its own retro, synthwave style original score, which is a great way to pay homage to 80s horror and sci-fi movies. No doubt this was thought long and hard about because it really gives the film that extra level of tribute to the greats such as John Carpenter- that and it sounds fantastic.

The horror genre is unique in that it produces probably the most independently made films of all the genres and that is why it is such a fun genre to love. If for no other reason than to support homegrown cinema and discover a unique creature feature, you can watch ISLAND ZERO on VOD from MAY 15th.