Coming to US theatres on August 31 is the French language, Belgian crime thriller LET THE CORPSES TAN. The film drew me in on the brilliant title alone. It has been and continues to be played extensively at film festivals around the globe and I have been hearing about it constantly. Whether you enjoy the film or not, it definitely won’t leave your head. Co-directed by married couple Hélène Cattet and Bruno Forzani, it is so refreshing that a film can be such a love letter to a bygone era of film yet still be so unique. 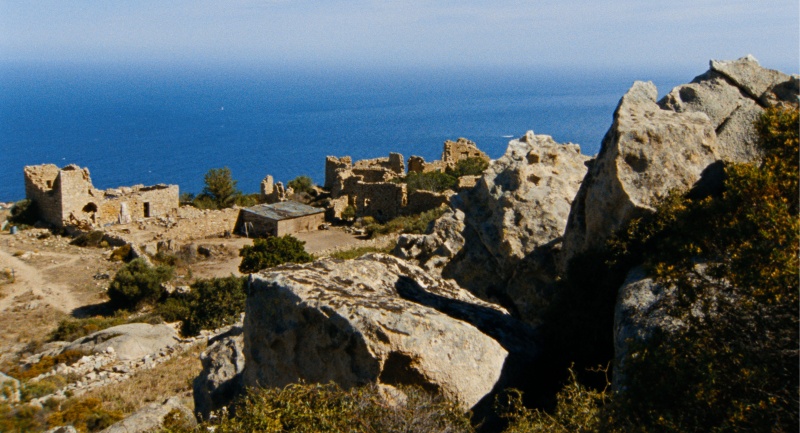 After robbing an armoured truck of enough gold bars to significantly weigh down their car, Rhino (Stéphane Ferrara) and his gang hide out in some sun drenched ruins off the Mediterranean coast. With them is the enigmatic and sultry Madame Luce (Elina Löwensohn), along with an assorted crew of ragtag characters.  When two cops ride in to investigate, a 24 hour long shoot out ensues, filled with double-crossing, raining bullets and mysterious golden women.

Cattet and Forzani have expertly recreated a European crime thriller from the 70’s. Everything about the film harkens back to the original gangster exploitation films along with a bit of Western in there for good measure.  LET THE CORPSES TAN gives off a very Tarantino vibe. The film could be described as the baby of RESERVOIR DOGS and A FISTFUL OF DOLLARS. With vintage music cues from Ennio Morricone (THE HATEFUL EIGHT, THE GOOD, THE BAD AND THE UGLY) and an original soundtrack, if you were to hear the score without seeing the film you would be certain LET THE CORPSES TAN  was an old spaghetti western.  Not only with the music but also with camera techniques; for example, I loved the close ups of faces and the panning from one character to the next. The way it was shot really held tension within the film and made the whole thing feel like one long Mexican standoff. 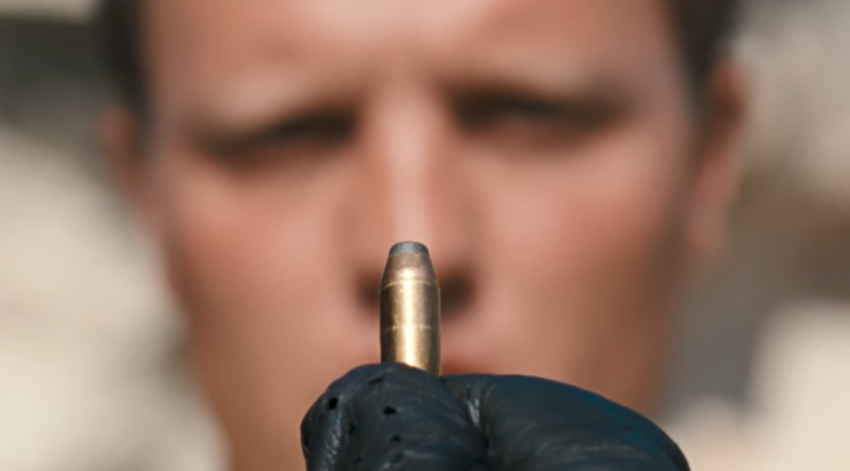 Sound design was a prominent part of what makes LET THE CORPSES TAN so visceral. We hear every single sound: the squeak of leather as the police officers move, the squelch as meat is torn from the bone, the end of a cigarette burning, and of course the shooting. Sometimes the sounds were so crisp and loud it was unnerving. A fantastically subtle way of getting to your audience emotionally. 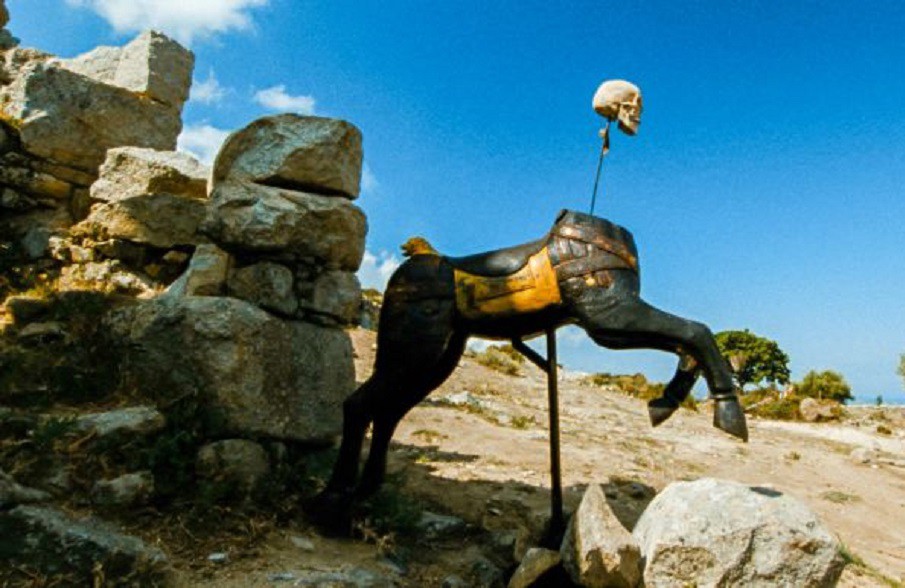 The film is not as straightforward as I’ve described; mixed into the story are slices of abstract, dreamlike sequences that don’t entirely make sense, but they are beautiful. LET THE CORPSES TAN is filled with enough action to be a Hollywood blockbuster, but it is definitely an arthouse film. The directing duo’s previous works are highly stylized, Giallo inspired thrillers and while LET THE CORPSES TAN  is a new direction for them, the use of colour especially red, blue and gold remain. While these scenes are mainly about colour and music they do add an element of mystery to the story. They won’t be everyone’s cup of tea, and at times I was pretty confused and waiting for the plot to go somewhere. Sometimes it felt like the film was concentrating so much on being a perfect pastiche that other aspects of the film suffered as a result.

Cinephiles and fans of unique film experiences are going to eat this film up. That being said, the is a lot to be adored in LET THE CORPSES TAN for the more mainstream film fan as well. It’s an exciting thriller which keeps the awesome spirit of  70’s shoot ‘em-ups alive.

“Cattet and Forzani have expertly recreated a European crime thriller from the 70’s.”