LIKE ME is an impressive debut from first-time writer/director Robert Mockler, and shows immense potential. It was a tricky film for me to review, because I’m not really sure whether or not I actually liked it. I’m not opposed to something that challenges me to use my brain, but I am opposed to over-thinking something that could’ve been a simple premise. The film is far from perfect, but it shows a definite understanding of art-house craftsmanship and some abstract themes. LIKE ME is a strange and misguided journey, but it’s one mostly worth taking. 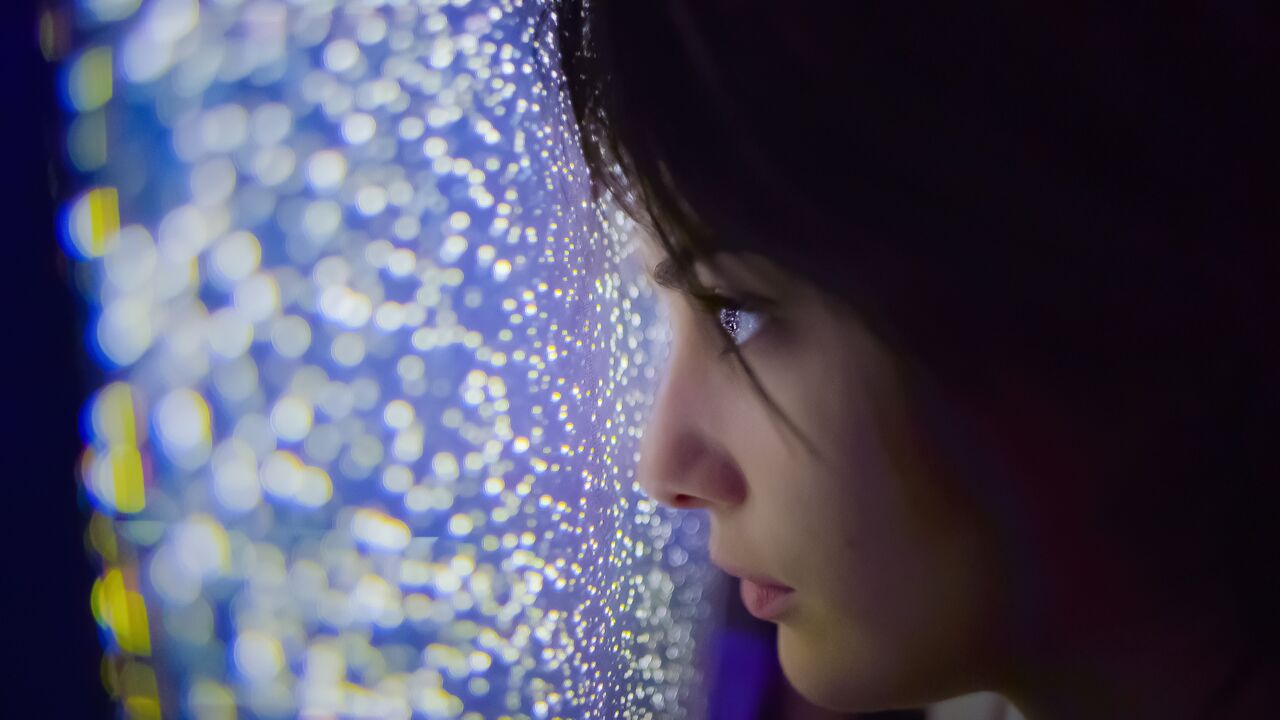 Before the opening credits even roll, we’re treated to the bright neon glow of the Glass Eye Pix logo, which is typically a reason to be excited. This indie production outfit has been responsible for bringing us some of the genre’s most strangely unique films of the past few decades. Look them up; chances are you’re familiar with their work. Larry Fessenden heads Glass Eye Pix, and most genre fans should recognize him without too much strain. He’s got 96 acting credits to his name, and has a much larger role in LIKE ME than his usual walk-on cameos. Needless to say, his involvement is a good thing. 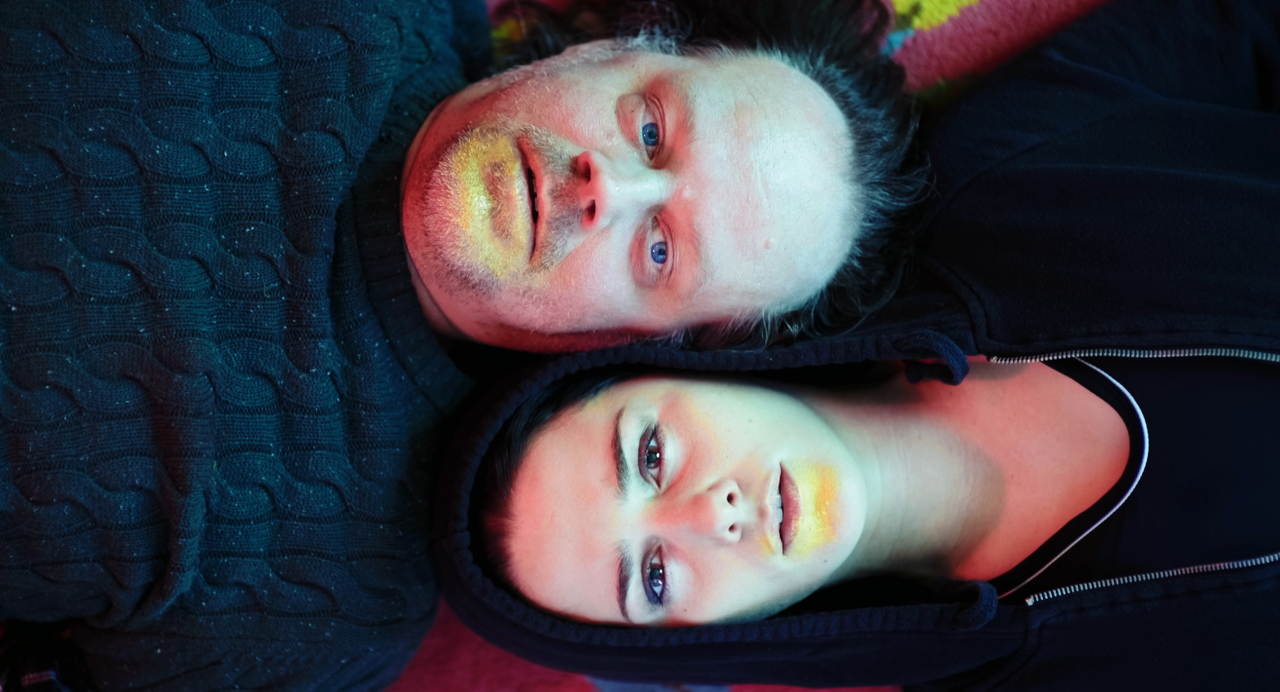 LIKE ME tells the story of Kiya (Addison Timlin), a social media obsessed tween with a mission to obtain internet stardom. I immediately recognized Timlin from her role on the Showtime series CALIFORNICATION. We’ll just say that’s where the comparison ends. The film opens as Kiya enters a small convenience store with a creepy mask and a camera phone. The cashier Freddie (Jeremy Gardner) is caught off guard but seems pretty unfazed and unthreatened by this petite feminine weirdo. He tries to engage in conversation, but she stares at him silently. This only infuriates him to the point of acting out for the camera. It’s exactly what Kiya wants… to get “likes”. Things escalate as he loses his temper and Kiya pulls a gun from her hoodie. Freddie begs for his life and urinates all over himself, much to the delight of Kiya’s rabid fans. Kiya disappears into the night and her views are through the roof. A monster has been created. 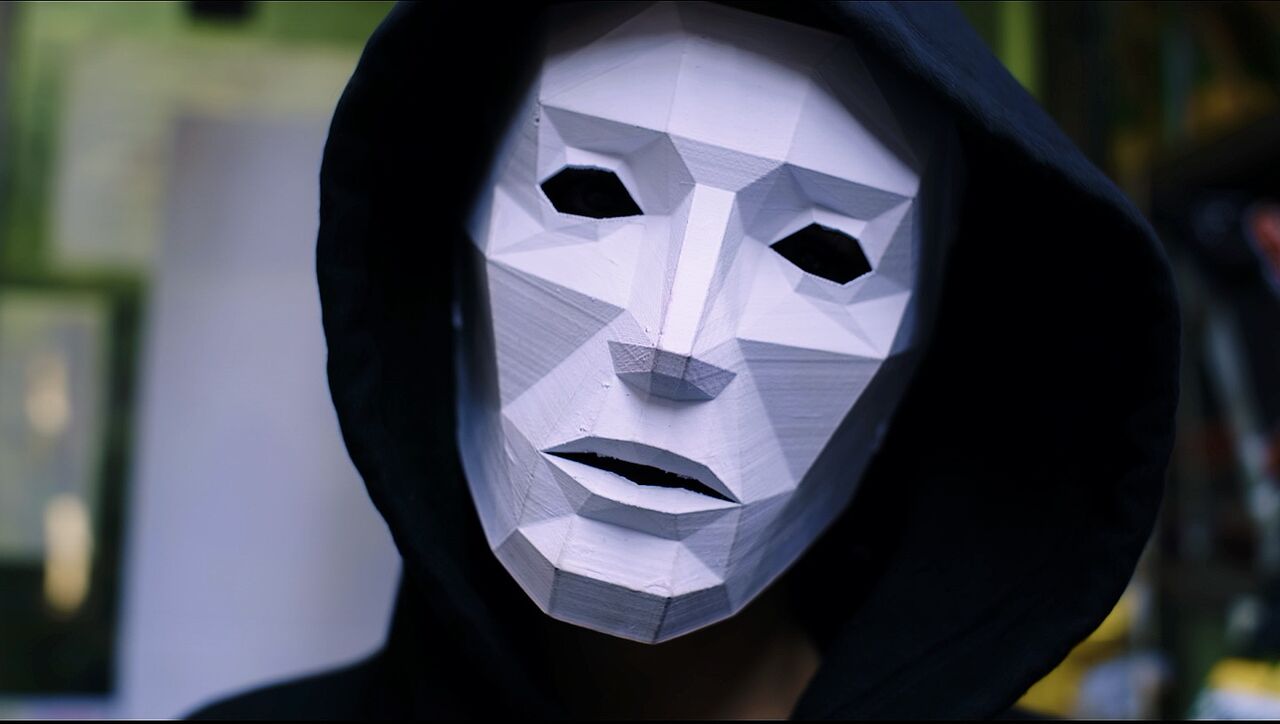 The film inter-stitches various viewer reactions as well as montages of people discussing her videos. This is meant to be integral to the story, but frankly this element seemed like the weakest aspect of the film, but I’ll discuss that later. Kiya seems particularly interested in one specific person’s reaction. A fellow poster named Burt (Ian Nelson) seems very unimpressed with her antics, and goes on long philosophical diatribes about how disgusting her actions are. Again, I know that this is supposed to be making a political statement on the nature of social media “celebrities” but it felt forced and disingenuous. The social media commentary is when the film is at its weakest, and the film hinges heavily on that story. 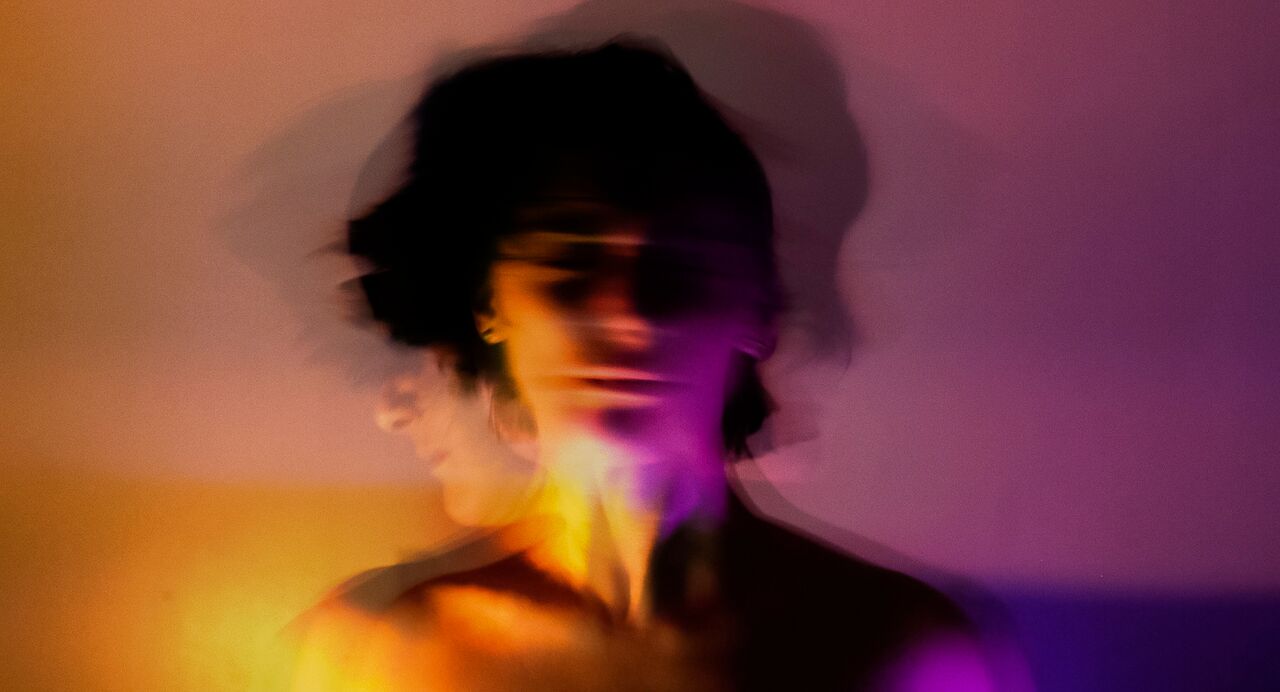 Kiya then checks into a very eccentric motel, owned by a very eccentric man named Marshall (Fessenden). Marshall is a creep, but he’s also an artist. Each room is decorated differently, and it’s delightfully weird. In fact, the room Kiya checks into looks as if the ceiling is covered in blood as it drips down the walls. Kiya seduces Marshall into coming up to her room, where he’s greeted by a lingerie-clad Kiya…in a hammock…wearing a gas mask. It’s cinematic madness, and the visuals are stunning. I was reminded of the fantasy segments of the terrific horror/comedy EXCISION. Kiya traps Marshall and then embarks on a psychotic road trip, attempting to escalate the violence to effectively increase her social media presence. 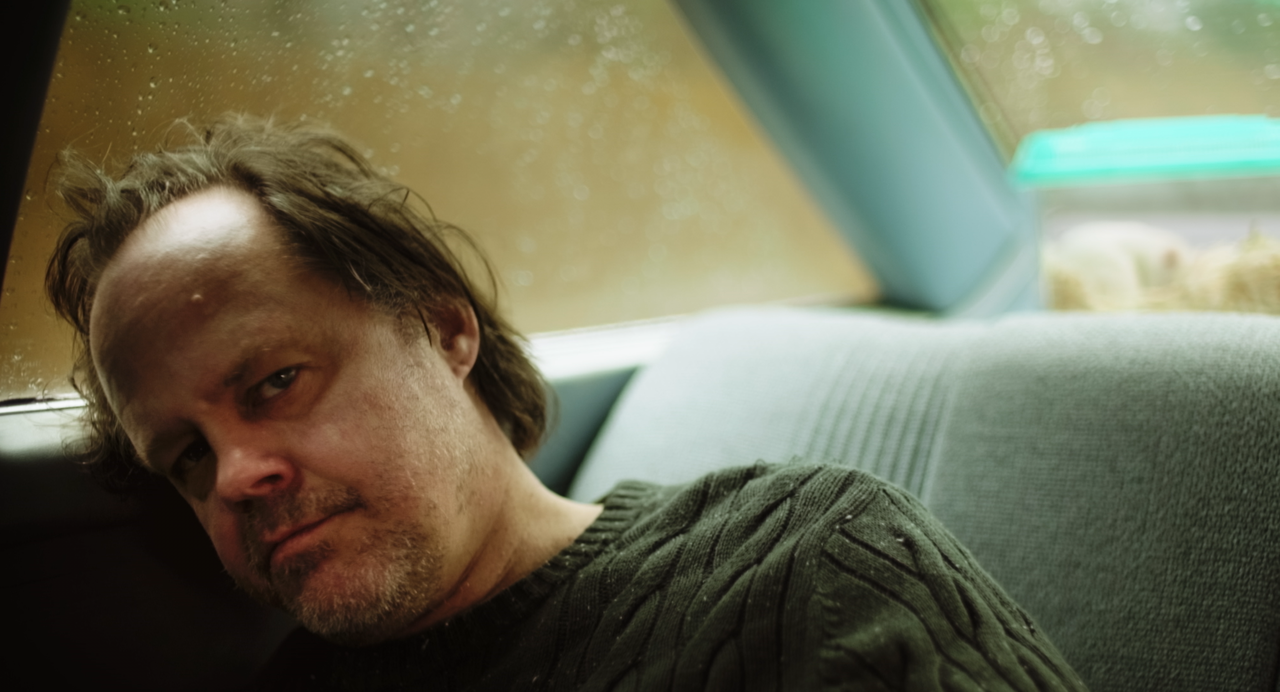 As stated earlier, the film is misguided; but shows moments of sheer brilliance. Kiya seems to fall into these fantasy montages that are the trippy, psychedelic fugue states we see in the trailer. This is actually when the film is at it’s best, showing seemingly random neon fused madness. The camera work and art-direction are superb. My only gripe is that this film seems to have a sick fascination with mastication. Not masturbation (which may have been preferable), but rather mastication , providing the viewer with intense close-ups of people chewing. I’m not sure what this was meant to “mean”, but it was gross as hell. Kiya seems to have a fascination with gross eating, which is evidenced by force feeding a tied up Marshall at one point, and treating a homeless man to the grossest diner-eating scene in recent memory. It’s as if both of them are trying to eat in the most uncivilized manner possible. No food sound or close-up chewing detail is spared. 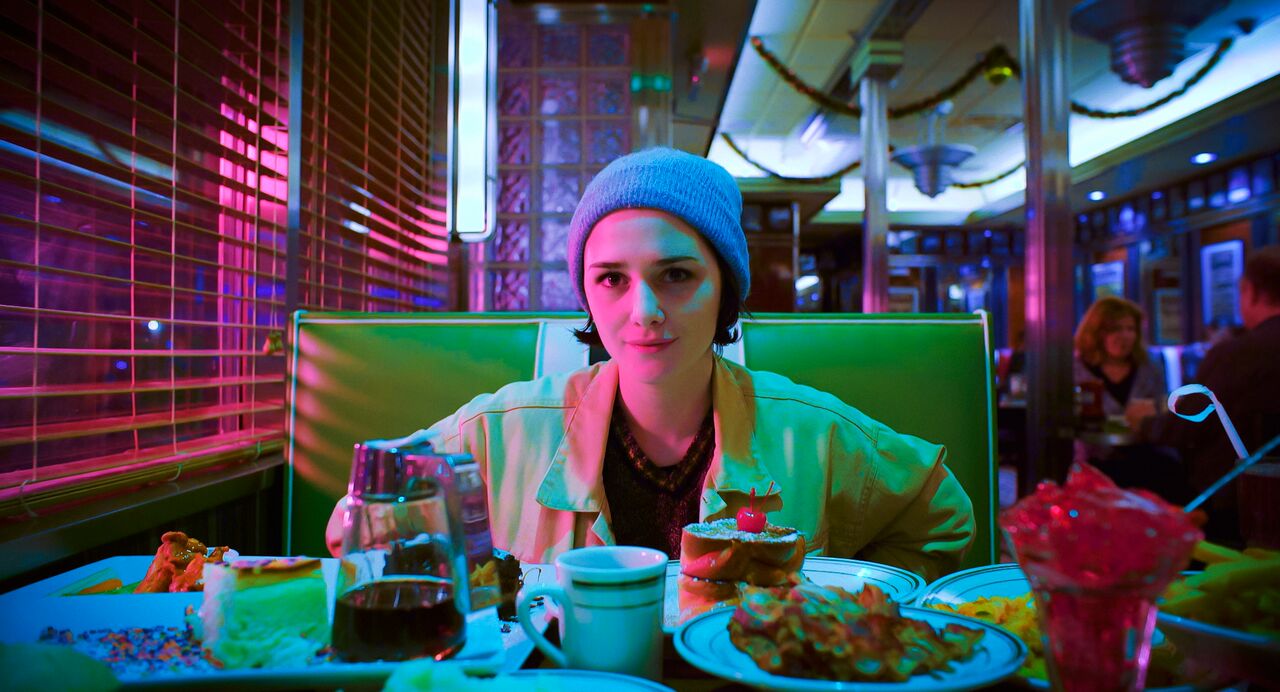 The film takes a strong shot at social media, which is a bit of a trend currently with films like FRIEND REQUEST, UNFRIENDED, and TRAGEDY GIRLS. I’m not particularly enthused by this trend, due to that fact that I’m not really a social media guy, and these movies seem geared towards a younger audience. At least TRAGEDY GIRLS maintained a sharp sense of humor, which elevated it above its peers. All of these films focus on the dangers that lurk online, but in this instance it felt like the movie could’ve done without it. It’s strange to say, especially with the title being LIKE ME, which obviously aims to make social media the linchpin of the whole damn thing. It didn’t need it, and actually took me out of the film when the “reactions” flooded across the screen…more than once. These films are almost like found footage films in a way, as they aims to present what you’re seeing as reality. Sometimes the vantage point is from the POV of the victims, or those committing the crimes. I was always a fan of (good) found footage films, but this new trend seems even lazier. Take that found footage haters! 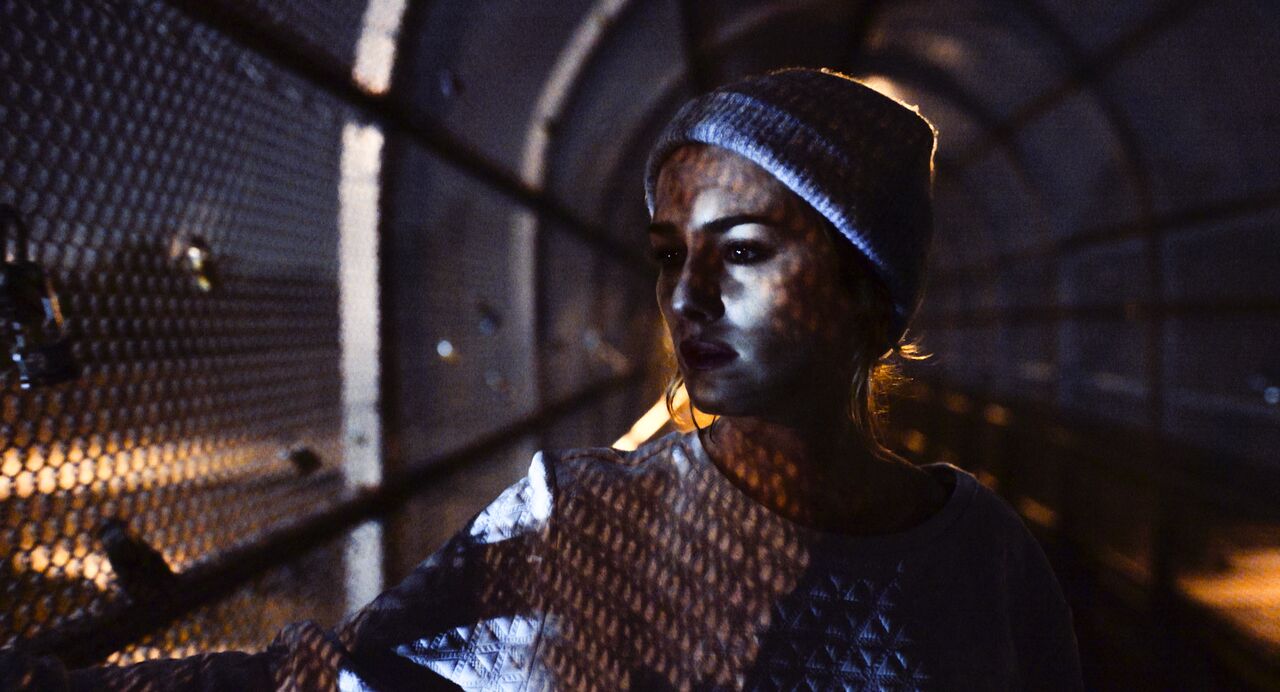 There were more than a few things that didn’t make sense to me, like Kiya’s fascination with Burt, the chewing scenes (which were way too long), and why exactly social media needed to be an element to this story at all. However, the film looks great and will certainly have an audience hungry for this type of “horror”. It’s just not my cup of tea.  I’m sure we’ve not seen the last of the social media thrillers, but I hope that whatever comes next doesn’t treat it as an after thought.

Check your local listing to see where LIKE ME is playing near you. You can also check it out on VOD on February 20th.

“LIKE ME is a strange and misguided journey, but it’s one mostly worth taking.”