It’s always amazing when you attend a film festival and you walk away remembering a short film, rather than a feature. It’s no mystery to anyone that attends film festivals, that often times the short film programs are the first to sell out. With the advancements in technology, as well as access to that technology, it’s astounding what can be accomplished in the right hands. 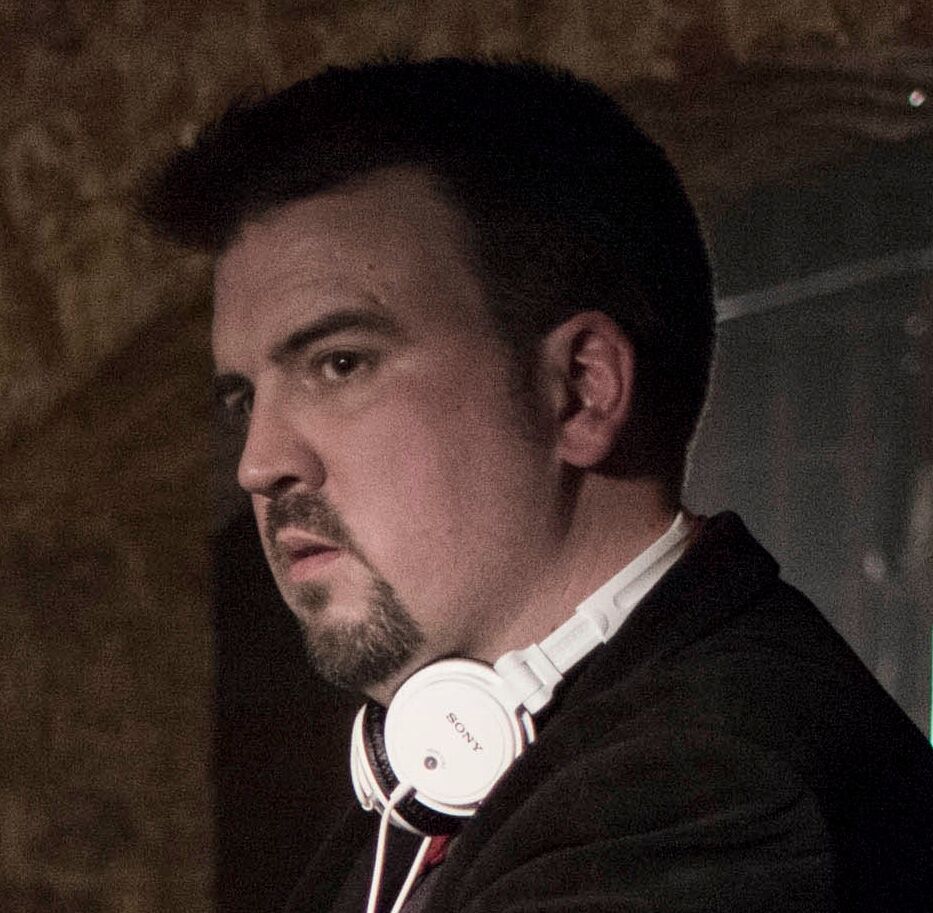 In this case “the right hands” refers to the amazingly talented Neville Pierce. The UK based writer/director has unleashed a trio of short films on Vimeo today (2/5), and they are worth the watch indeed. His IMDb page says that he has a number of projects in the works, and if these shorts are any indication of what’s to come…sign me up! This is an emerging talent worth keeping a very close eye on.

It’s been a while since I’ve seen a short film that really stayed with me, and I’m happy to report that these three did not disappoint. It’s a sign of true talent when a filmmaker can give you a fully fleshed-out narrative in such a brief amount of time. The first film I watched (and probably my favorite) was a tense little thriller titled LOCK IN.

The film starts with a tender moment between a father and a daughter named Richard and Lucy (Tim McInnerny & Lucy Boynton). Lucy is seven months pregnant, and Richard sings sweetly to her unborn child. The duo is getting ready to close the bar for the night, when a nice new Mercedes pulls up outside. Inside the vehicle are a few rough looking characters led by a tall drink of water who goes by Jimmy (Nicholas Pinnock). I should mention that each one of these actors have been involved in some rather large projects on their own, and each brings a level of swagger and professionalism not often seen in short films.

Jimmy enters the bar as his cohorts wait outside. Jimmy has a bit of a Mafioso vibe, as he not-so-gently whispers something into Richards ear. The moment becomes tense as Lucy tries to keep her calm in the face of danger. Jimmy claims to have a history with Richard, which seems unlikely in the shakedown scenario. Richard’s repeated inability to recognize Jimmy, only seems to further enrage the man. Jimmy wrestles Richard to the floor only to be knocked unconscious by Lucy, wielding a large glass bottle. To this point, I was reminded of the diner scene in A HISTORY OF VIOLENCE when Ed Harris calls out Viggo Mortensen. One guy is SURE he knows the other, but who’s telling the truth? When Jimmy regains his composure, he appeals to Lucy’s kindness by explaining that all things are a “matter of perspective”. To give you any more details would be a crime, as this is the moment that things start to get juicy.

LOCK IN plays out like an action film, until it delves into some more psychologically disturbing territory. The way the actors and director handle the subject matter is nothing short of masterful. With a concise 12 minute run time, it’s actually amazing how the director is able to ratchet up the suspense without dealing out all of his cards until the final moment. It’s a roller coaster of emotions until the final frame, which will no doubt leave the audience searching for a breath.

LOCK IN was one of the better shorts I’ve seen in a long time. Some may argue its “horror” credibility, but sometimes, psychological horror is just as unsettling as the visceral kind. It isn’t always about the monster hiding under your bed; sometimes the true monsters are hiding in plain sight.