The 2019 Toronto True Crime Film Festival rolls out for it’s second year on June 14th-15th. This ever-evolving film fest had several stand out films last year, and this year appears to be no different. The true crime genre is a vast expanse ripe with stories almost too strange to be believed.  These stories are in fact real, and it sometimes makes the situations depicted both humorous and horrifying…often within moments of each other. Such is the case with the film MOPE. What starts out as the hilarious journey of two men trying to make it in the porn industry, quickly devolves into a true story of murder and betrayal.

It’s during the opening scene that we meet the two men that will be at the center of this bizarre tale. One is an average looking African American male who goes by the stage name Steve Driver (Nathan Stewart-Jarrett), and a below average looking Asian male who goes by the name Tom Dong (Kelly Sry). The scene starts as Steve desperately struggles to climax . Tom, being the good friend that he is, whispers words of motivation into Steve’s ear.  Toms graphic pep talk results in Steve finally achieving orgasm. What might be seen as something bizarre or slightly homoerotic to the layperson, Tom’s actions are met with praise from Steve and other performers. This awkward exchange during a low-budget bukkake scene is where this doomed friendship is forged. 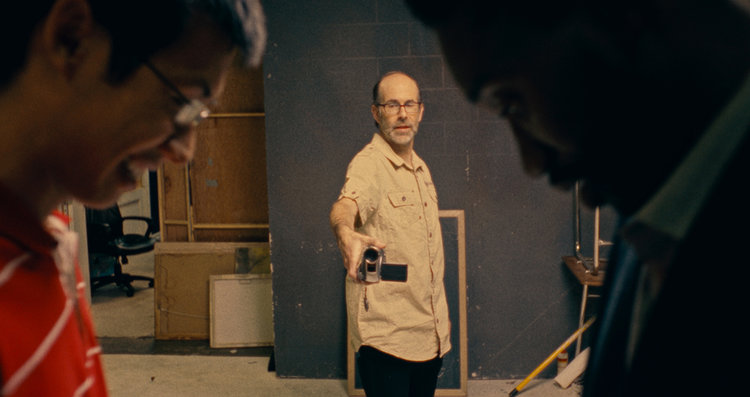 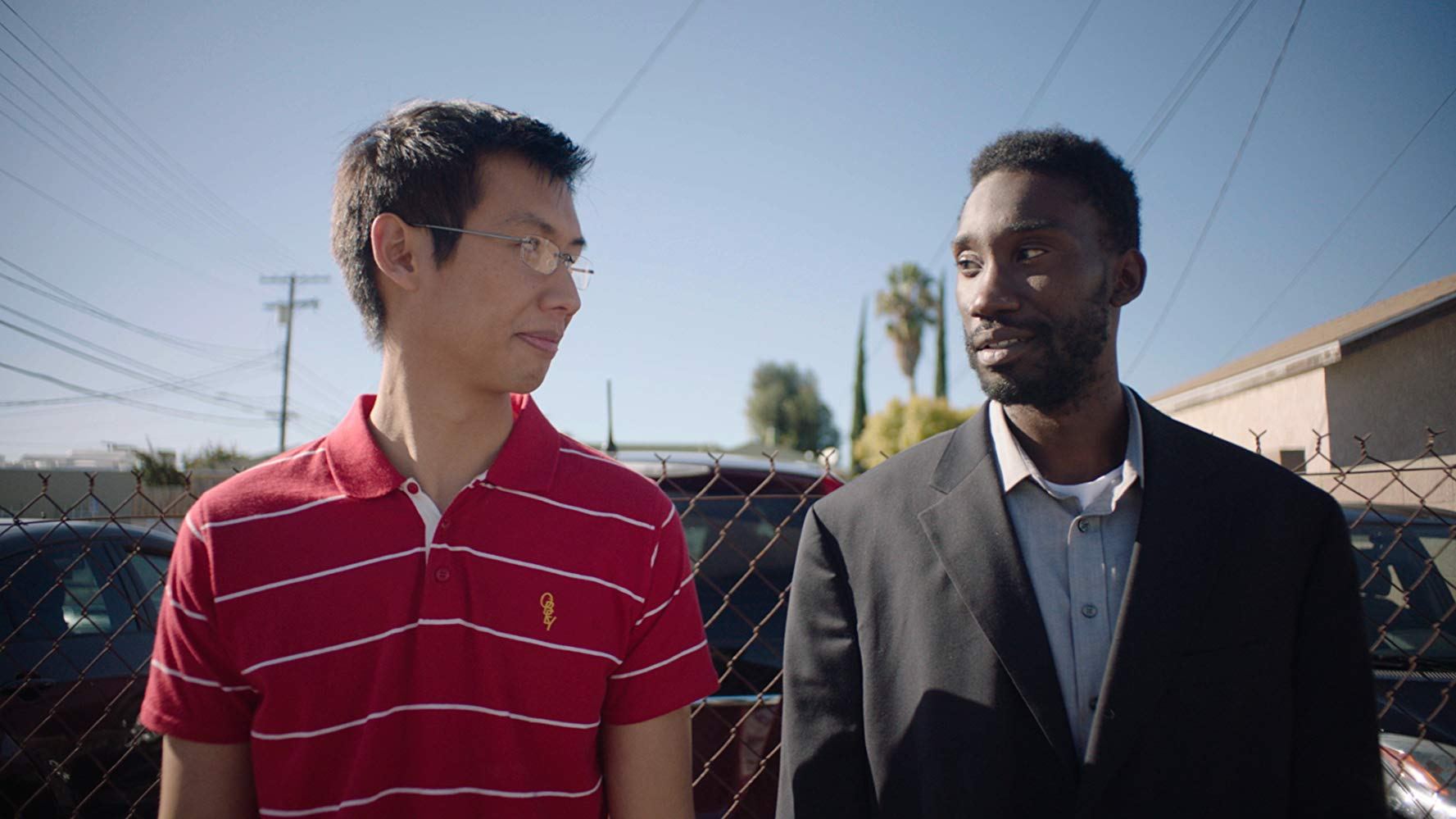 Steve and Tom form an alliance in an attempt to get hired at any agency that will have them. They are approached by a man named Eric Jover(Brian Huskey) who runs an extremely low budget outfit called Ultima DVD. It’s a direct-to-video operation that specializes in some of the stranger fetish type of stuff. Eric is really only interested in Tom for his IT abilities, but Tom won’t work without Steve. You see, Tom apparently left a six-figure IT job to pursue this goal, so there’s no turning back for him. The pair agree to split the pay of one actor in exchange for room and board. This is just a starting point until they can get to a more prestigious company. They do get a shot at working with a bigger director named Rocket (David Arquette),after crashing an AVN awards party. Steve impresses the director by at first offending him, then brandishing a stolen prop samurai sword to smash a bunch of things at the party. This is the first inclination that Steve may have some violent tendencies. However, at this party it impresses some key people that will give them a shot at a bigger career. 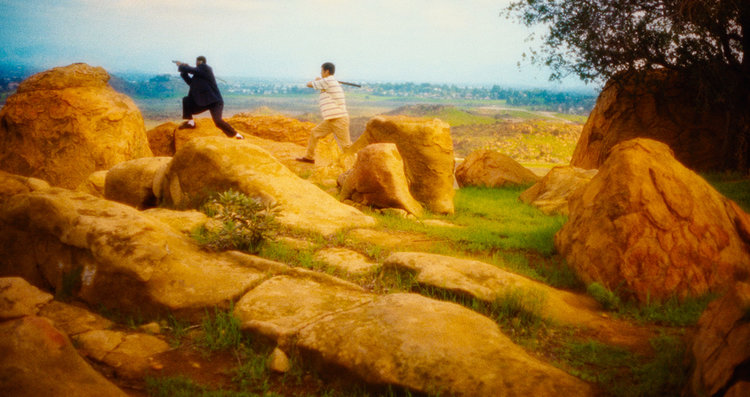 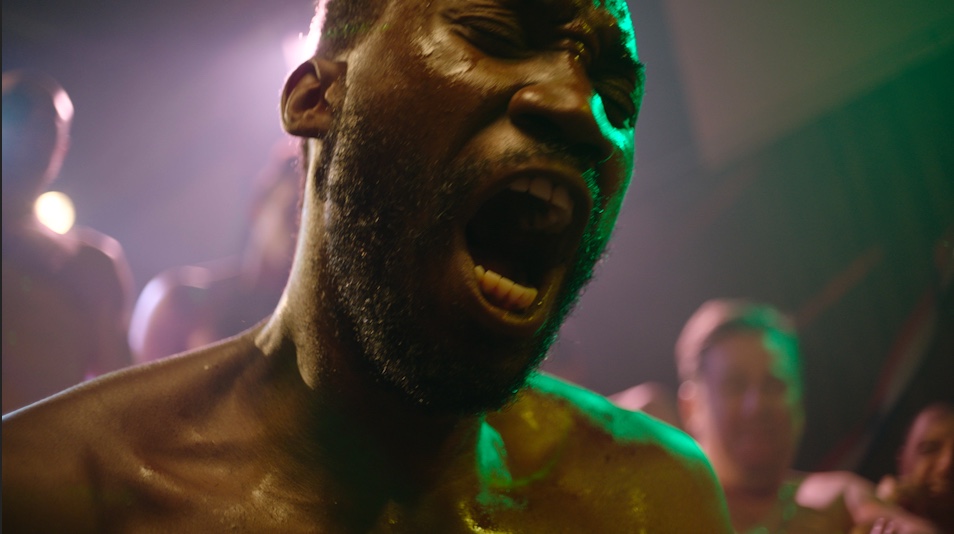 I will say that the film does suffer from some pacing issues as well as tonal ambiguity. Writer/director Lucas Heyne does a good job of making light of a subject that could be anything but. It’s almost tragic how delusional Steve and Tom are. The film starts off with some very humorous notes,  but it fails to maintain that tone once it starts entering the more dramatic elements of the story. It just never really takes itself seriously, which makes the attempts at an emotional impact almost impossible. Once the heavier stuff comes into play, it just seems out of place, which is strange to say considering these events actually happened.

The story also suffers a little from some unlikable protagonists. As I stated earlier, the duo is an unlikely partnership, and they don’t really endear themselves to the audience. We never really see their goal as attainable or righteous, so it’s hard to be sympathetic to the circumstances they eventually succumb to. It’s cringeworthy at times, and laughably ridiculous at others. I guess I had just hoped for a little more substance, and a little less humor. It would’ve made the violent turn of events a little more impactful. I legitimately thought I was watching a comedy for over three quarters of the nearly two-hour runtime. In the end, I did like the film, and I learned a little bit more about a very strange crime that I remember merely for the outrageous headlines it created. However, I felt that had the film taken some different tonal cues, it might’ve made for a more lasting impression.

MOPE is playing at the Toronto True Crime Film Festival on Saturday June 15th at 9:30. Click here to purchase tickets.

“MOPE is cringeworthy at times, and laughably ridiculous at others.”