I LOVE THIS MOVIE. Normally, I start reviews with a bit of a lead up but goddamn it I am just too stoked on this film and I had to get that out of my system.   I hope that this review will make you want to see it so you can tell all your friends as emphatically as I am telling you right now what kind of fucking perfection this film is. Now, lets talk about MY FRIEND DAHMER…

MY FRIEND DAHMER is as you may have guessed, about the prolific serial killer Jeffrey Dahmer a.k.a The Milwaukee Cannibal who raped, murdered, dismembered, ate, and defiled the bodies of 17 men and boys between 1978 and 1991.  What you may not have guessed, is that the source material for the film not only comes from the real life story of Jeffrey Dahmer but also from a graphic novel of the same name written by John “Derf” Backderf, a friend of Dahmers as a teen.  The events that play out in the film are the foundation or Jeffrey’s origin story which shows us the life of the boy who would become one of the most reviled men in history.

Like many teen boys, Jeffrey Dahmer (Ross Lynch) is relentlessly awkward, physically and socially. Instead of trying to find himself through school activities, relationships or social activities, Dahmer goes the other way by spending his time in his “shed”.  With some chemicals obtained by his father, Dahmer spends his free time in the shed with animal carcasses; dissecting, cleaning, embalming,  and dissolving them.  You would think this would raise some immediate red flags to his parents, but Jeff’s mom seems to notice nothing.  She is a constant source of household chaos while testing the strength of her marriage to Jeff’s father. Jeff seems to fall through the cracks. When his father finally calls Jeff’s out on his strange behavior he does so by destroying Jeff’s shed, a.k.a. his work. Wracked with guilt, he later gives Jeff a gift of dumbbells as an olive branch and as a tool to guide him to get fit and be socially accepted. 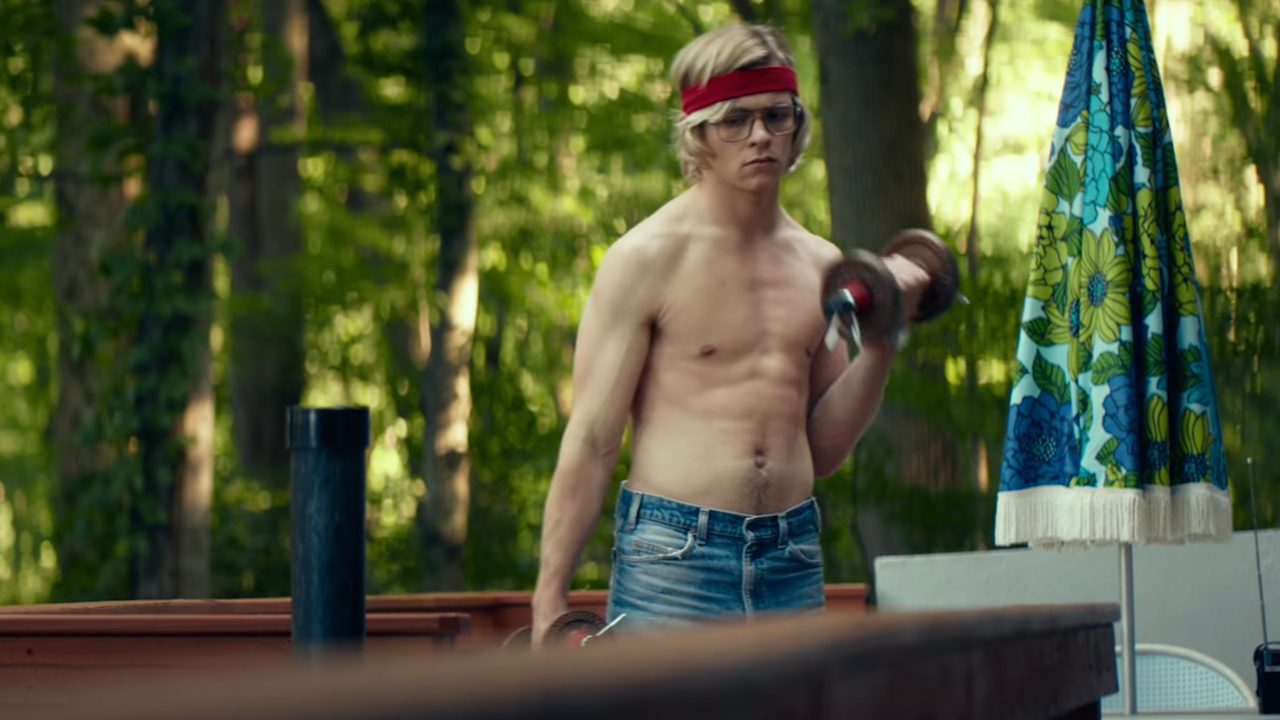 Its not Jeff’s new found love of pumping iron that makes him wildly popular with the cool kids at school, but its “Doing a Dahmer” that becomes Jeff’s claim to fame. Inspired by watching the interior designer hired by his mother have a seizure, “Doing a Dahmer” involves Jeff spontaneously “spazzing out” and the grand finale is a full blown mock seizure on the ground.  Jeff started doing this at school, but once his antics were noticed by a group of popular boys (including John Backderf) Jeffrey (on their encouragement) takes his performance anywhere he can; the mall, the library and even the grocery store.  Despite Jeff now having a group of friends and starting to have the semblance of a “normal” teenage existence, he knows its as much an act as “Doing as Dahmer” is.  Jeff is trying to quell his dark side and trying to navigate his blossoming teenage homosexuality that he is working tirelessly to stifle.  As his family life comes undone and Jeff becomes a raging teenage alcoholic, his dangerous impulses are quickly surfacing. 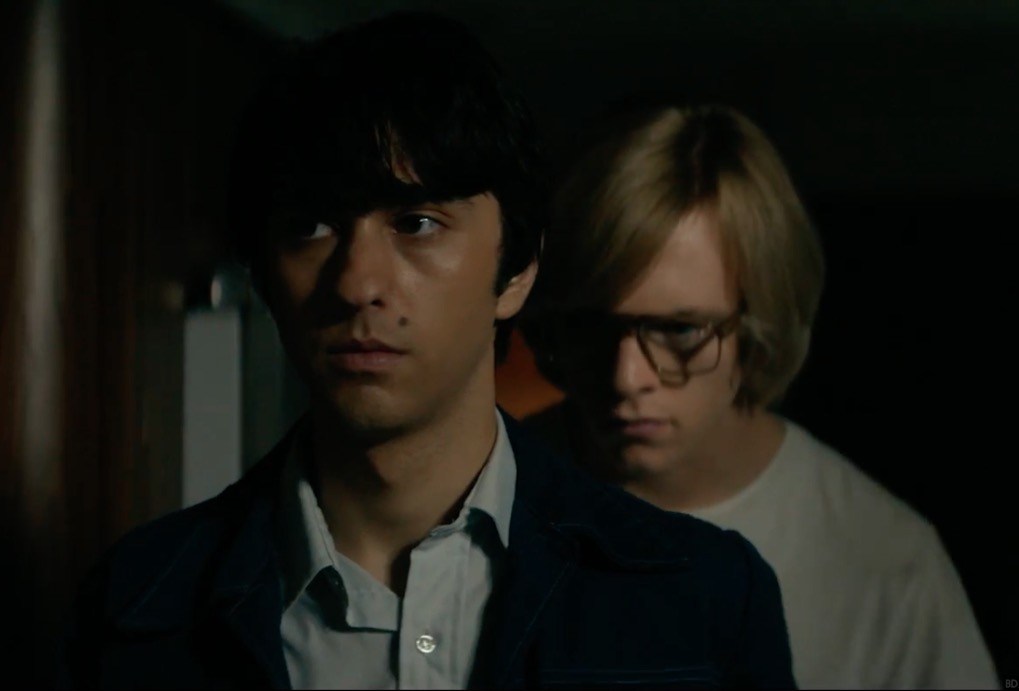 There are two unbelievable stand out performances in this film. One being by Ross Lynch as Jeffrey, and two being Anne Heche as his mother Joyce Dahmer. Heche has had a notable career so it was no surprise that her performance was stellar, but it was Lynch that really left me awestruck. If you don’t know the name Ross Lynch you are probably someone over 15. Until now, Lynch’s career was mostly comprised of Disney movies and playing Austin Moon on the hit kids show AUSTIN & ALLY . So you can imagine how taken aback people were when he was announced to play such an evil and iconic character as Dahmer.  It’s not just that he is a dead-ringer for a young Jeffrey, but Lynch is so convincing as Dahmer it will make your skin crawl.  I just don’t know what to say. Never have I ever been so floored by a performance as I was with Lynch.  I am not sure how long he prepared for the role but it feels like something he has been working on for as long as he is old.  He is just an incredible actor and one that truly caught me off guard. To say I am obsessed with his role in this film is an understatement. To say I am obsessed with this film is also a grand understatement. 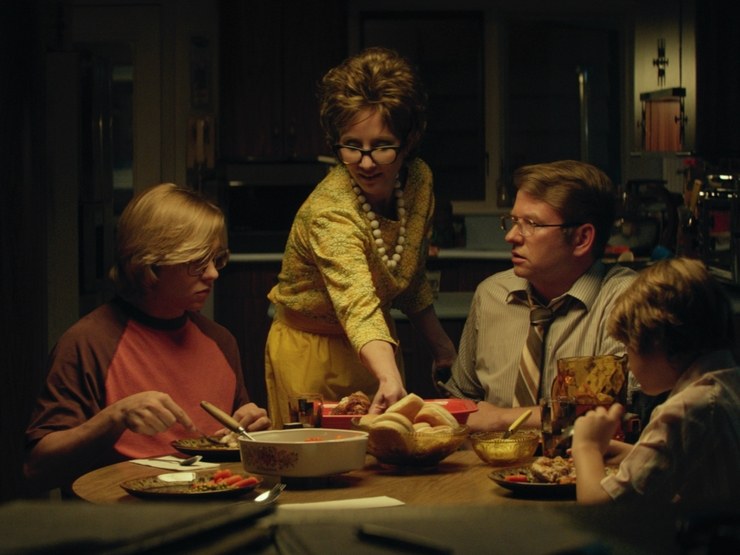 “MY FRIEND DAHMER is endlessly captivating, perfectly executed and relentlessly haunting. The best movie of the year!”