As the 2018 Fantasia Film Festival rolls on, we bring you another review from the Montreal based festival. Our next film comes to us from the USA, by director Daniel Robbins. Robbins is no stranger to the horror genre, as he brought us the 2016 creature feature UNCAGED. Although his sophomore genre effort PLEDGE shows signs of growth, the finished product still left much to be desired for this writer. PLEDGE is a movie seemingly for “bros” by “bros” with a lot of unlikable characters on all sides. It’s not awful film, but it failed to keep me engaged and lost me even with its brief 79-minute run-time.  The film is slated for a 2019 release date, so it’s entirely possible that the film could receive a few tweaks since there’s a substantial amount of time before it’s release.

The film starts off like so many college films before it. Think REVENGE OF THE NERDS or ACCEPTED. We are introduced to our three quintessential nerdy protagonists of David, Justin, and Ethan (Zack Weiner, Zachery Boyd, and Phillip Andre Botello). It’s a set-up as old as time. We’ve got the charming talkative “dork”, the overweight-yet-loveable sidekick, and the indistinguishable “ethnic” to round out the trio. Oh, and these boys don’t disappoint in living up to the stereotypes they portray. This group of guys wants nothing more than to fit-in, and join a fraternity on campus. These guys start off fairly likeable, albeit trying a little bit too hard. In fact, this brings me to my first complaint. It’s not that they’re unlikable, it’s just that the scripting has them pigeonholed into stereotypes we’ve seem far too many times. I can live with that, but the dialogue forces the guys into boxes that just seem TOO trite and cliché.

PLEGDE gives us all the makings of a standard college rom-com, although there is something sinister lurking beneath that shiny veneer. The boys are obsessed with joining a frat and meeting all the cute girls that they feel are out of their league. As you would expect from our cookie-cutter dorks, every frat on campus turns them down and that’s not for lack of trying. The guys seem eager and willing, they just don’t fit the mold that these “bros” are looking for.

After one such rejection, a lovely young woman invites them to an off campus gathering that might suit them better. Seeing as how this is the first female attention our boys have seen since arriving on campus, they are excited to see what it’s all about. Not to mention, this lovely lady has promised that she and some of her friends will also be attending this function. Let that be a lesson to all you average Joes out there…be wary of the advances of those that are WAY out of your league. I speak from experience. 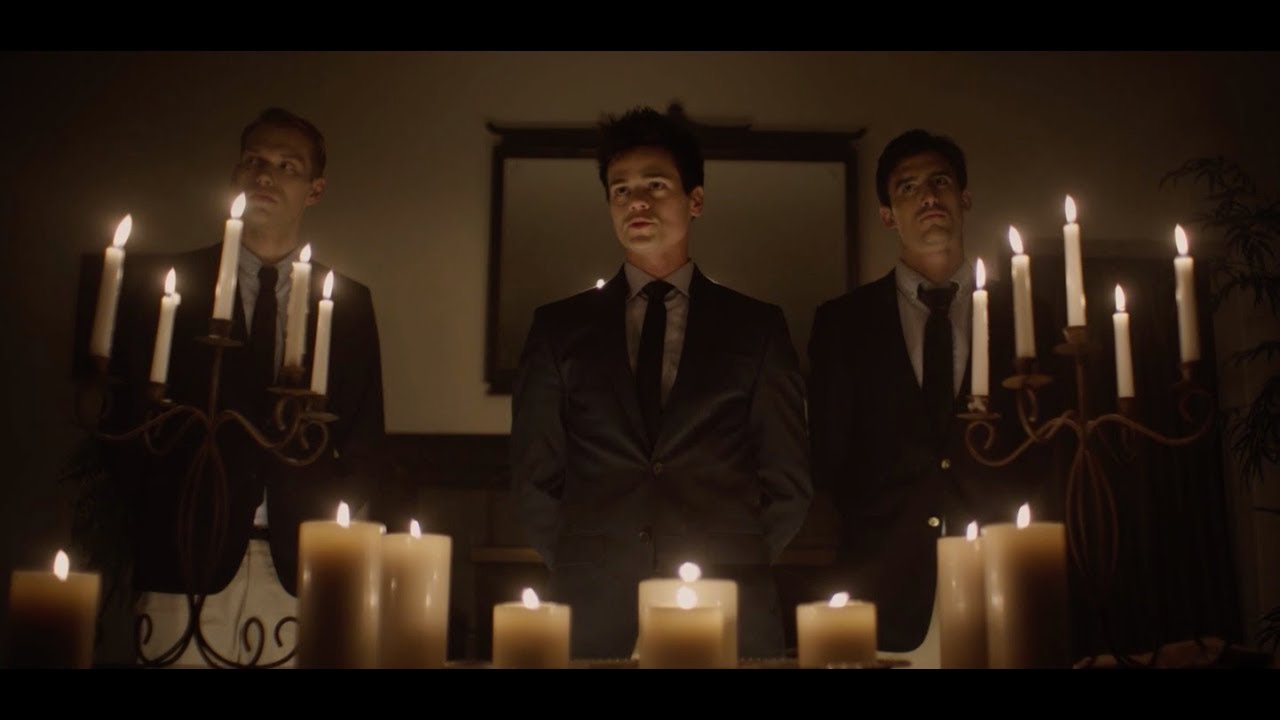 The boys are given the address and arrive at a beautiful country home way off campus. They’re greeted by a nice group of fellows with perfect faces, led by the alpha of this group Max (Aaron Dalla Villa). Max does his best psychotic Jerry Lewis impression and his performance was one of the bright spots of the film for me. His merry little gang of misfits are outfitted in snazzy sport coats and boat shoes that would make any group of young republicans proud. Our trio doesn’t seem too off put at all by this group of gents that are clearly not their equals. The young elitists tell the boys that this isn’t a fraternity, but rather an exclusive social club that caters to the elitist of the elite. In fact, there are never more than 10 members on campus at any given time. After a night of partying and women, the boys are invited back for the initiation. 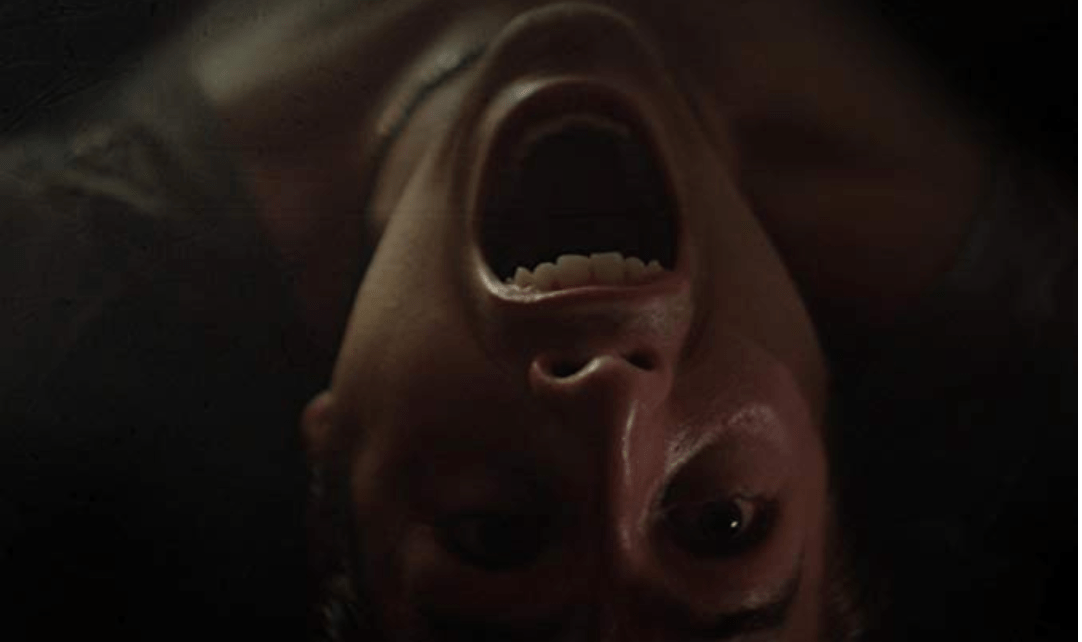 This is where the horror starts to creep in. After the boys leave, we see the “social club” members set-up for the night to come. This means putting bars on all the windows, plastic in the basement, and various other ominous things that signify something bad is about to happen. It’s a “rush” of sorts, but for whom? What does this pseudo-frat have in store for our loveable losers? This is where the plot thickens, but for this writer, still manages to stay pretty thin and predictable. No spoilers.

Some of my major problems were the lack of character development on all sides. This lack of depth exists in both the protagonists as well as the antagonists. No one really rises above the silly caricatures that they represent. Name a college movie and you’ve seen these characters a thousand times. It just failed to make any sort of meaningful connection where I cared about anyone involved. The dialogue makes the characters even sillier and more trapped in the boxes the filmmakers have created for them.

In fact, there’s one major plot twist that drops midway through the second act that was such a vicious misdirect, I actually threw my arms up in disbelief. It’s the type of misdirect that some people will undoubtedly enjoy, but for this reviewer, the film lost me almost completely. Once the moment happened, I no longer cared about anyone involved in the film. I wish I could give you a hint, but it’s the type of lynch-pin moment the entire film hinges upon.

There is plenty of stuff to like about PLEDGE, and I was invested to a certain point. After that, I was just waiting to see if there was anything else to redeem it, and I didn’t feel that there was. It was a kind of hollow, empty conclusion that left me wanting more. Even worse, I was thinking of ways that it could’ve been improved upon without too much alteration. I didn’t hate the film, but there wasn’t much I’ll take away from it. I did enjoy the ultimate reveal, but I found it very predictable and saw it miles and miles away. PLEDGE ultimately does the long walk of shame, but hopefully the filmmakers will learn from the deeds that led them there.

“PLEDGE ultimately does the long walk of shame”