It’s that time of year again, when genre fans from around the globe flock to Montreal for one of the largest genre film festivals in the entire world. That’s right boys and ghouls; it’s the 2018 Fantasia Film Fest! As always, this festival aims to showcase the best our favorite genres have to offer with a line-up that never disappoints.

This year I had the pleasure of screening the Indonesian horror delight SATAN’S SLAVES. Indonesia is no stranger to horror, having released some of the best horror/action films in recent years. If you don’t believe me, look at pretty much anything created by Timo Tjahjanto and Kimo Stamboel, known as The Mo Brothers (MACABRE, KILLERS) or the heart pounding action films THE RAID: REDEMPTION & THE RAID 2. This little Island nation is home to some of the edgiest films you’ll ever see.

SATAN’S SLAVES is apparently a remake, and frankly I’m embarrassed to say I have not seen the source material. That being said, I plan to review the film as if I’ve never seen the original…since I haven’t. The film opens in 1981 with a family struggling to pay their bills as their mother suffers from a terminal illness. The eldest daughter Rini (Tara Basro) looks for ways that the family can stay in their home. The matriarch of the family was once a famous singer, but now that she’s sick, the royalties have stopped rolling in. Rini has three younger brothers, ranging in age from toddlers to young adults. The ages of the children, as well as the age of Rini’s father (Bront Palarae), seem to be all over the place but we’ll get to that later. 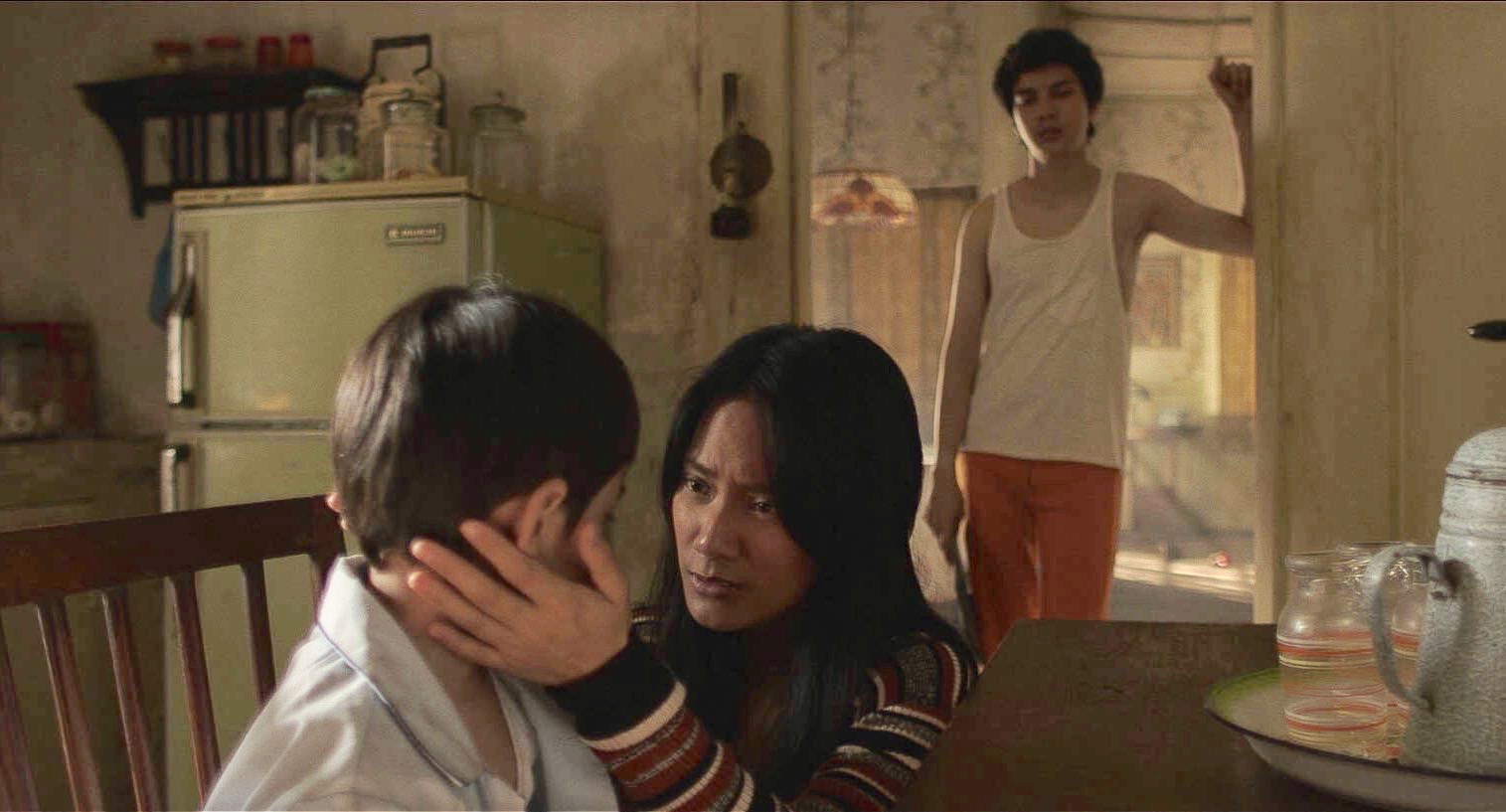 Almost immediately we are treated to all manner of ghostly visits, while the mother lay on her deathbed. One night while Rini is caring for her mother, she sees a ghostly image in the corner, which at first she believes to be her mother. When she turns to the bed, she sees her mother’s face with an expression of sheer terror. The mother’s face actually gave me the chills as it reminded me of the Mario Bava classic THE DROP OF WATER from his anthology film BLACK SABBATH. Anyone who remembers the face of the bed-ridden witch in that film, knows exactly what I’m talking about. It’s the type of nightmare fuel that scared generations, myself included. I still see that damn face in my mind’s eye on those cold, dark nights. Shortly after this first visit, Rini’s mother passes away. 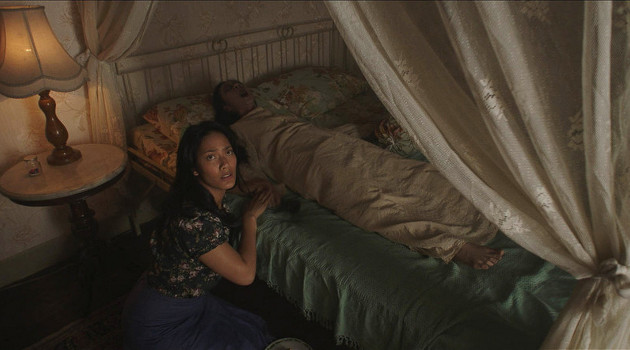 It’s not until Mom dies, that the real horror starts. Several cult-like religious groups that only seem to aggravate the spirits in the home come to visit the family. The family is not religious and it seems to be of great concern to one of the group’s leaders. I will say that in these moments I was reminded of films like HEREDITARY and THE CONJURING. That’s high-praise considering these are some of the most chilling and respected horror films in recent decades. I’ll refrain from elaborating too much out of respect for those of you that haven’t yet seen HEREDITARY. 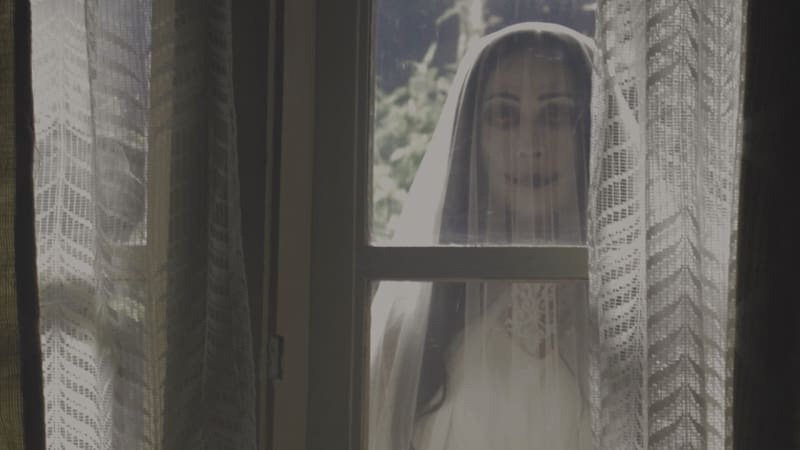 As the film progresses, it seems that mom may have had some fertility problems that she needed help with. When the doctors couldn’t help, it looks like Satan himself may have played a role in helping her conceive. The children realize that those things that go bump in the night may be after them to settle their mother’s outstanding debt. This is where we get our explanation for the large gap in the children’s ages, as well as the age of Rini’s father. This was something that was nagging me early on, and the explanation made sense over the course of the film. There are several twists that reveal the true intentions of everyone in the family, as well as those well-wishing religious folks. It’s worth sticking with the journey to see what plays out.

SATAN’S SLAVES is not perfect, and for this writer, it suffered from some pacing issues as well as several plot points that just never really connected for me. I’m not sure if it was cultural elements that were lost on me, or just overlooked narrative elements. The film is chock full of jump scares, and leads to a slow burning payoff that I think most genre fans will appreciate. Joko Anwar is an emerging international talent to keep an eye on, and he’s already made a name for himself in his native land. Fans of international cinema will probably remember his breakout thriller RITUAL, which I applauded when I saw it in 2012. SATAN’S SLAVES has plenty going for it, but it just missed the mark in several ways that fail to elevate it above the rest. Still, I think the dark lord himself would be pleased to see this film that bares his namesake.