SERPENTS LULLABY  is the second short I am reviewing and whew! What a relief to get a beautiful little film to discuss.

In a gothic manor set outside of town in old Quebec, Canada, lives a reclusive woman dressed in black garb with a distinguishingly lavish scarf that ties up her hair into a perfect turban. She holds a baby in her arms, as she paces in front of a majestic picturesque window, rocking her bundle of joy.

Without warning, the woman pauses and then screams…and we are talking a blood curdling, glass smashing scream. A scream which would only release from the lips of a mother who has just lost a child.

Jennimay Walker portrays a modern day, bewitching Medusa, whose only desire is to have children. If you remember the Greek mythology, Medusa was nothing short of a monster. She was said to be hideous by some researchers, mounting a slew of snakes on her head in place of hair. Anyone to match her direct gaze would immediately turn to stone.

However, although Medusa was part of the monster clan known as Gorgons, she was also known to be the most beautiful – hence this contemporary version, Serpent’s Lullaby. 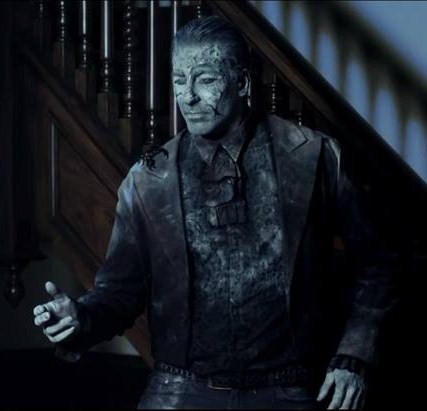 Without much dialogue or script, the story is simple. “Medusa” has just lost a baby due to her curse. She sets out to acquire another infant, watching folks in her community going about their day, women taking their children for walks, etc. The scheming expression on her face is almost sympathetic as her intent disseminates and she eventually returns to her mansion…empty handed.

This is a gorgeously created short with vivid yet bold shots of the countryside, surrounding landscapes, and every artistic detail within Medusa’s home.

The perfect ending is her solution to her heartbreak. And no…I will NOT be giving that away. Go watch and see for yourself!

“Sometimes, the best intentions are deadly”