Reviewing this film has been quite the challenge.  Even as I was jotting down notes during the screening I attended, I found myself having to catch myself and scribble out my words. Why? because I am reviewing SUSPIRIA 2018. I am not reviewing SUSPIRIA 1977. I am not doing a comparison of the two either. I am not writing about the film as a fan, I am writing about it as a reviewer for you beauties and for those who are completely unfamiliar with the original. I approached this as if I had my memory erased by that little device from MEN IN BLACK, except without the aid of the actual tool itself. With that in mind, let’s talk about SUSPIRIA.

Susie Bannion (Dakota Johnson), a Mennonite and dancer from Ohio,  has arrived in Berlin to audition for the Markos Dance Company. The elite company is housed in a very stark and slightly run down looking mansion which not only houses the dance school but its dancers as well.  Susies audition goes well. Very well. So well in fact that she lands the lead in Madame Blanc’s (played by Tilda Swinton) dance masterpiece “Volk”.  This is where the discourse begins as she starts getting an inkling that something is amiss. The other dancers confirm her feelings when they reveal that the the elder women who run the dance company are witches who prey on younger female dancers in order to revitalize its founder, Helena Markos (also played by Tilda Swinton). 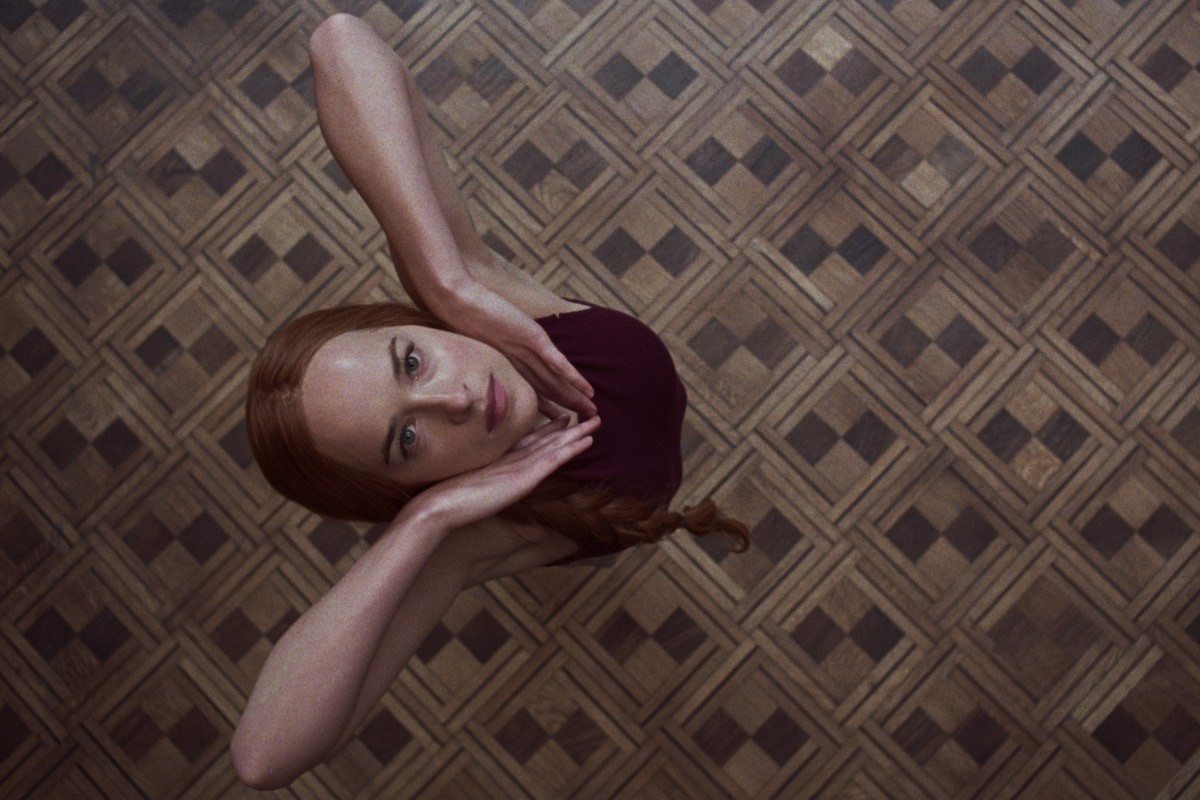 It will surprise absolutely no one that Tilda Swinton’s performances was out of this world. I was particularly impressed by her performance as the elderly Dr. Josef Klemperer. I was worried it would look a little “Professor Clump” like, but it was eerily authentic.  Kudos to the makeup and prosthetic’s team for that incredible transformation.

Dakota Johnson was better than I thought but I had very low expectations for her in this role. An unfair generalization on my part based on past projects and roles that suffered from bad writing. She has a very ethereal air about her that lends itself well to the demeanor of the character. I only wish she was more expressive.

Chloe Grace Moretz, one of the higher billed actresses in the film, has very little screen time. You know who else had a criminally small amount of screen time? The ABSOLUTELY stunning Alek Wek. I could NOT take my eyes off of her when she was on screen. Please cast her in more movies a.k.a….everything.

Anyone who knows me knows that my personal preference for films is to not run over an 1 1/2 hours, 2 hours max. So I was put off to learn that SUSPIRIA clocks in at a hefty 2 1/2 hours. I tried not to let that taint my experience. Who knows? MAYBE this is one of those rare occasions where this story really needs all 2 1/2 hours to give us it’s all. It wasn’t such an occasion. Especially given that the time wasn’t spent well. 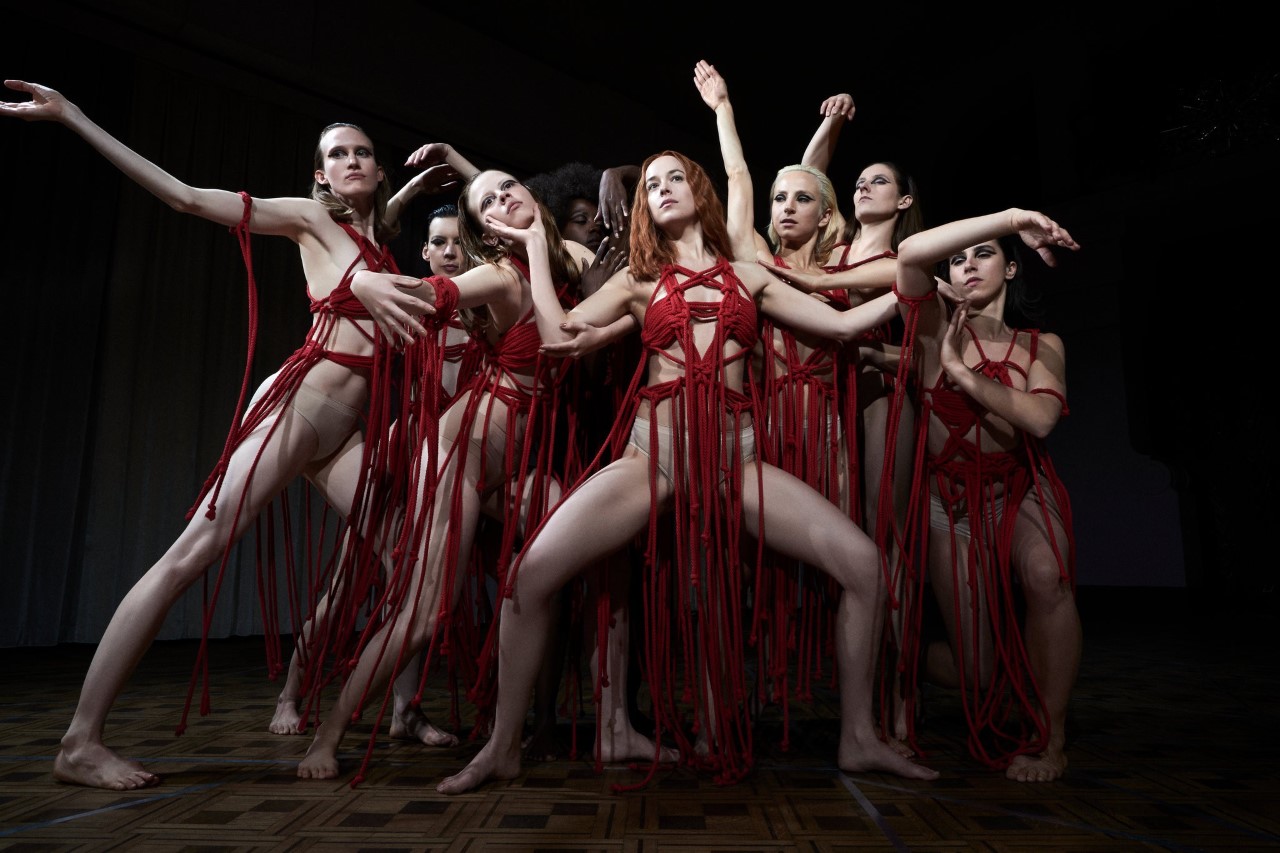 One of my issues with the film was the lack of character development overall.  We know Susie is a Mennonite from Ohio, and with that information we can use deductive logic to fill in some blanks.  It would lead me to believe that she has had a very sheltered life and probably hasn’t left the United States before. It would also lead me to believe that she is silently dealing with a lot of repression. Repressed sexuality, repressed individuality and repressed expression to name a few. This lends itself to endless creative possibilities for character development, yet it was an opportunity not seized.  It was hard to get in their heads and to get lost in film and it’s players when they all had the warmth and depth of the Albert Speer style mansion they live in.

SUSPIRIA carries an “R” rating, which could mislead people to think it’s full of blood and gore. It is not. But when there is blood and gore, it is pretty damn explosive.  Our first exposure to a brutal death in the film was something really special. The visual was cool but it was the sound design that really put it over the top. The crunch of bones, the twisting of body parts. Just disgusting and awesome.  In fact, the sound design throughout the film was exceptional and I am so thankful for it and the impact it left with me.

Speaking on sound, let’s talk about the films score. I am someone who is profoundly affected by scoring and some of my favorite films are almost solely my favorites because of the score.  Thom Yorke of RADIOHEAD did the score for this film and in theory he seems like he would be a perfect fit.  Prior to seeing the film, I envisioned hearing these haunting and sparsely, yet perfectly placed sweeping melodies. I also pictured songs that play like hymns.  I pictured the score becoming my favorite character in the film.  That didn’t happen.  The score played more like an afterthought to me. Again, a missed opportunity to add greater dimension to the film. 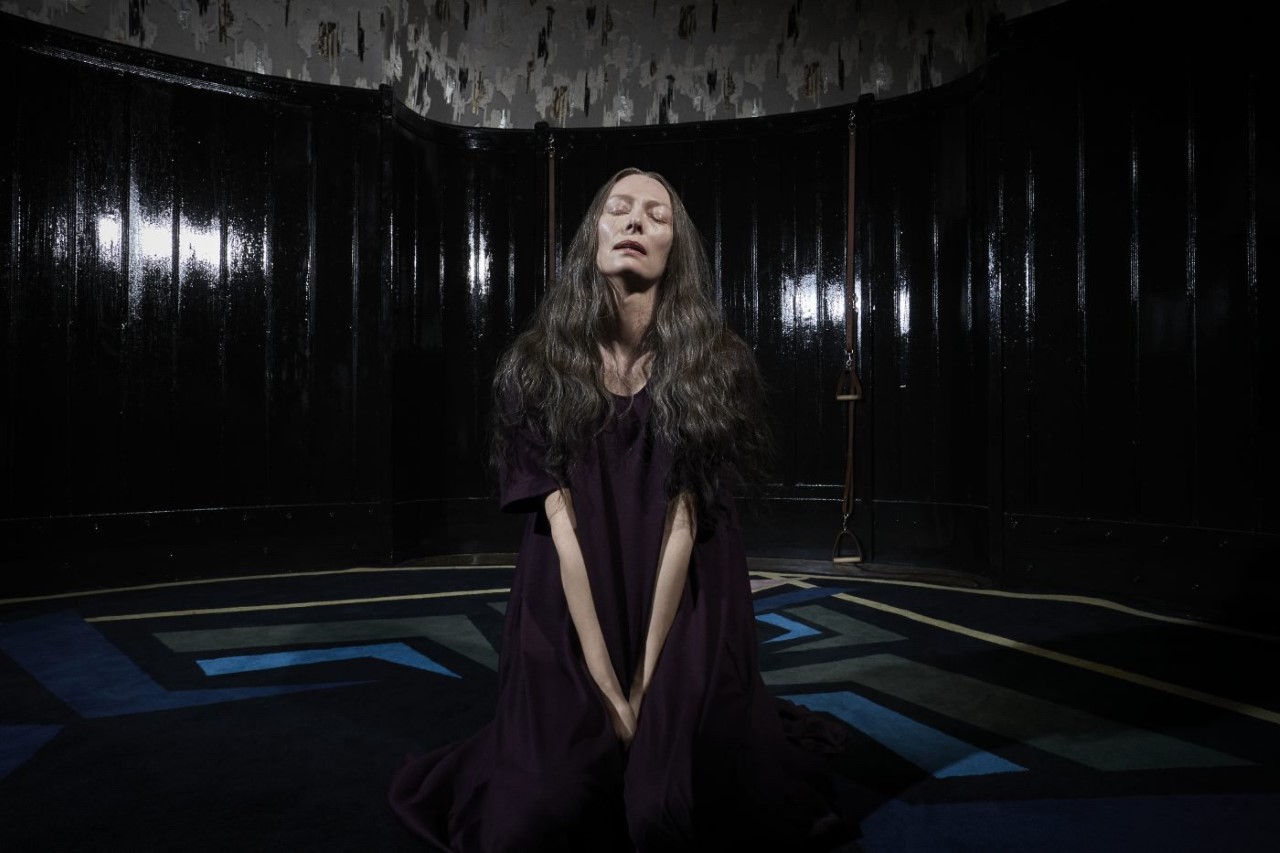 I am a huge fan of the original SUSPIRIA, and giallo‘s in general.  To say I have been highly anticipating this film would be the understatement of the year. I am not alone in this sentiment. Horror fans and cinephiles alike hold this iconic Dario Argento film very near and dear to their hearts. That is why the news of this “remake” rattled everyone and left fans extremely weary of this modern update. I want to address this “remake” label that is being slapped on this film.  Actually, lets just address that term and how  lazily that very loaded word is used when identifying a film. Unless the film is a shot for shot carbon copy ( like the Vince Vaughn starring PSYCHO remake from 1998), a remake it is not.  To refer to a re-imagining or re-visioning of a film as a remake is not only a disservice to the film, but it is highly misleading. Let me set the record straight. This is NOT a remake. This is it’s own stand alone film and a divisive one at that.