French indie film maker David Teixeira has given fans of amateur horror his interpretation of the classic slasher with his film GIRLS NIGHT. Although the film doesn’t particularly bring anything new to the table it is a valid entry into the sub-genre.

Three friends Jess (Marina de Sousa), Chloe (Liliana Garcia) and Alyson (Alice Nazare) decide to stay in on Halloween night and have a girls night. They hang some spooky decorations and settle in for a night of selfies, wine and chit chat. As the night goes on they decide to  get under each other’s skin with the classic “Bloody Mary” game. What they don’t know is that a sinister stalker has been watching and is waiting to deliver some scares of their own.

David Teixeira has expanded his universe with GIRLS NIGHT 2 which debuted this Halloween, and the two films make up GIRLS NIGHT ANTHOLOGY.

GIRLS NIGHT 2 picks up one year after the tragic events of GIRLS NIGHT. Lone survivor Jess is plagued by nightmares and lives in fear that someone is out to get her. She spends this Halloween with her friend Pierre, they watch a movie and Pierre reassures her that there is no killer after her.  However, the stalker is back to finish the job from last Halloween.

The best thing I can say about GIRLS NIGHT ANTHOLOGY is that it has potential. Were he to find a clearer motive for his killer and a bit of a backstory for all his characters, Teixeira could have a decent feature lined up.

Records at the box office for HALLOWEEN (2018) show that the classic slasher is not dead. This success is sure to bring a revival of the slasher sub-genre, and if GIRLS NIGHT ANTHOLOGY could polish itself up it could do well by riding on the coat-tails of this. I’ll be honest slashers are not my favorite type of horror movies, so it takes something completely new to impress me. But there are plenty of people out there who eat up the formula and would enjoy this anthology more than I did. 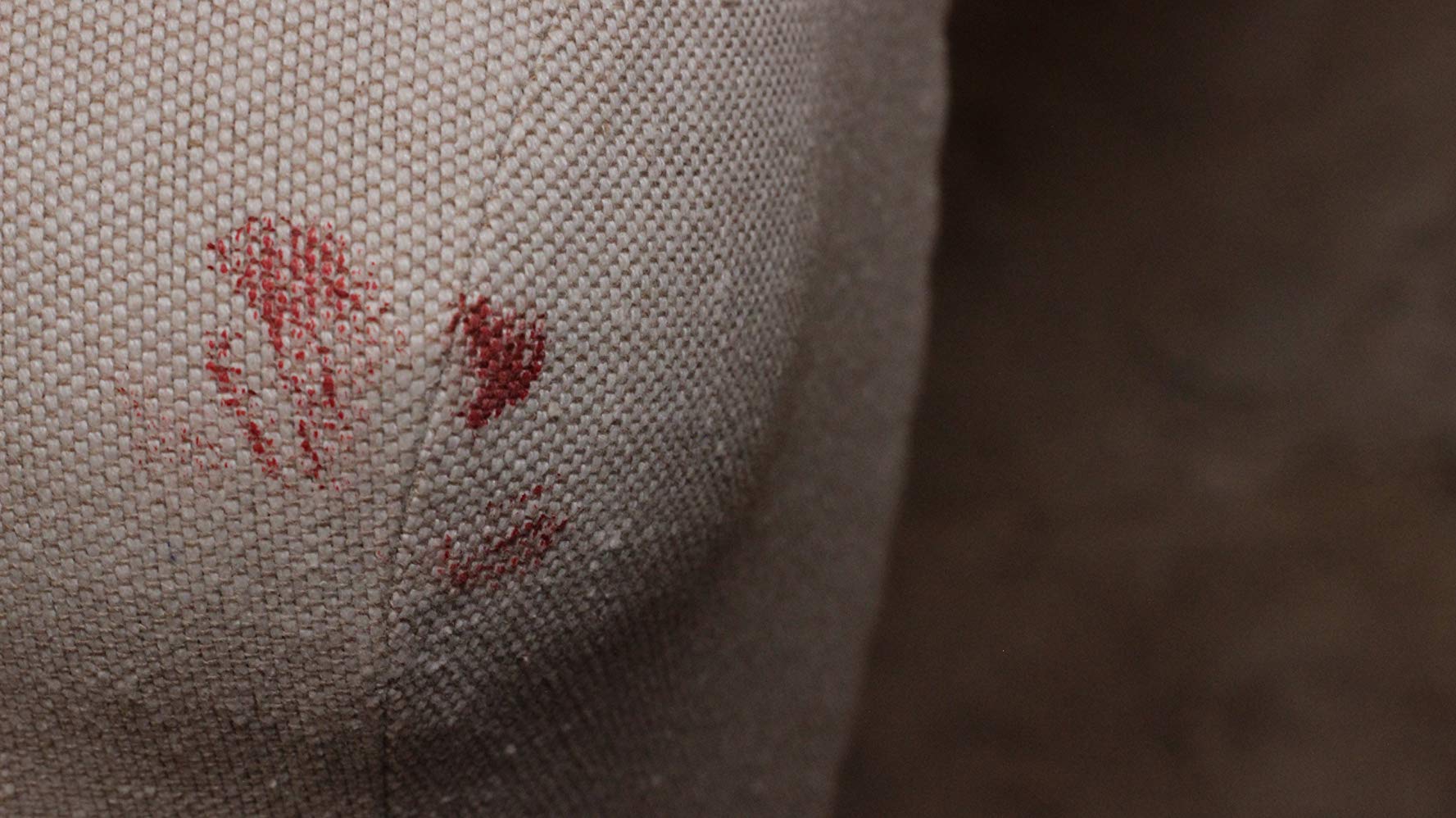 Even after multiple  PURGE films we all still seem to be creeped out by masks and the killer in GIRLS NIGHT ANTHOLOGY has a unique and memorable one. With its huge painted lips, latex skin and accentuated eyebrows it makes our villian look like a murderous blow up doll. I’m not trying to be crude, but honestly that is the vibe I get. Although this was mostly hilarious it is also kind of terrifying; it had a freaky, uncanny-valley effect.

GIRLS NIGHT ANTHOLOGY is rough around the edges but is still some great work for a budding film maker just starting out. I felt it needed better lighting; some great sequences and camera angles were lost on me because the films were shrouded in darkness. The few scenes that could have been genuinely scary were lost in the murkiness. The sound quality could have also been better.

Marina De Sousa put a lot of effort in as Jess, the star of both girls night and girls night 2. Her co-actors Vincent Conty, Alice Nazare and Liliana Garcia all do their best as well. Acceptable performances all round is one thing that this anthology can be thankful for.

Supporting indie horror projects is the way we get original content and exciting horror. If it were not for these people creating horror all we would have is SAW sequels and whatever ‘Vogue’ thinks is a good movie. Teixeira is following up his anthology with another film- OUROBORUS, which looks promising, but we will have to wait and see.