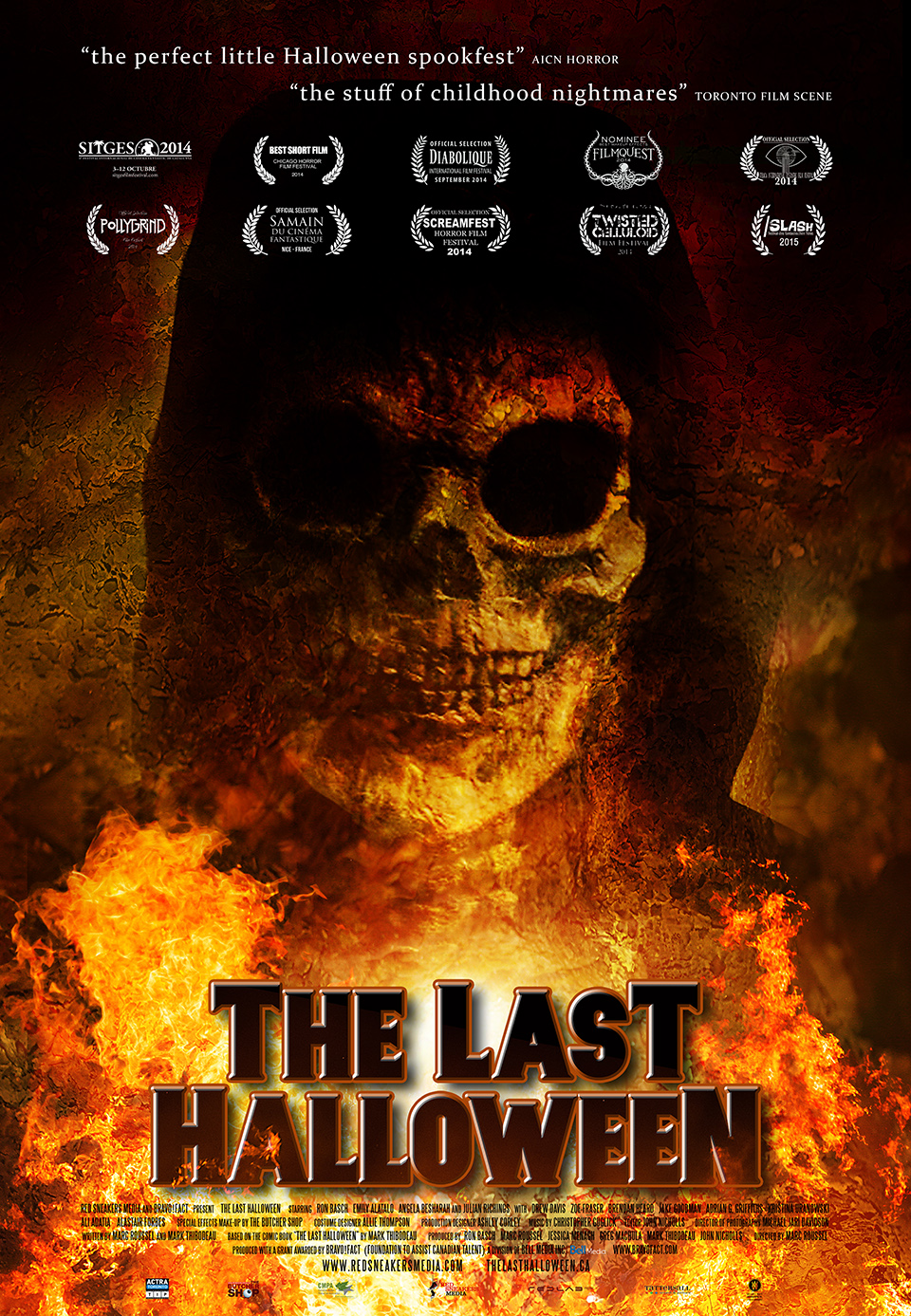 We have been on a short-film kick at FEAR FOREVER and here is the latest one we watched…and loved! Based on the comic by co-writer Mark Thibodeau, THE LAST HALLOWEEN is directed by Marc Roussel and features a performance by a true fan favorite of Canadian horror. 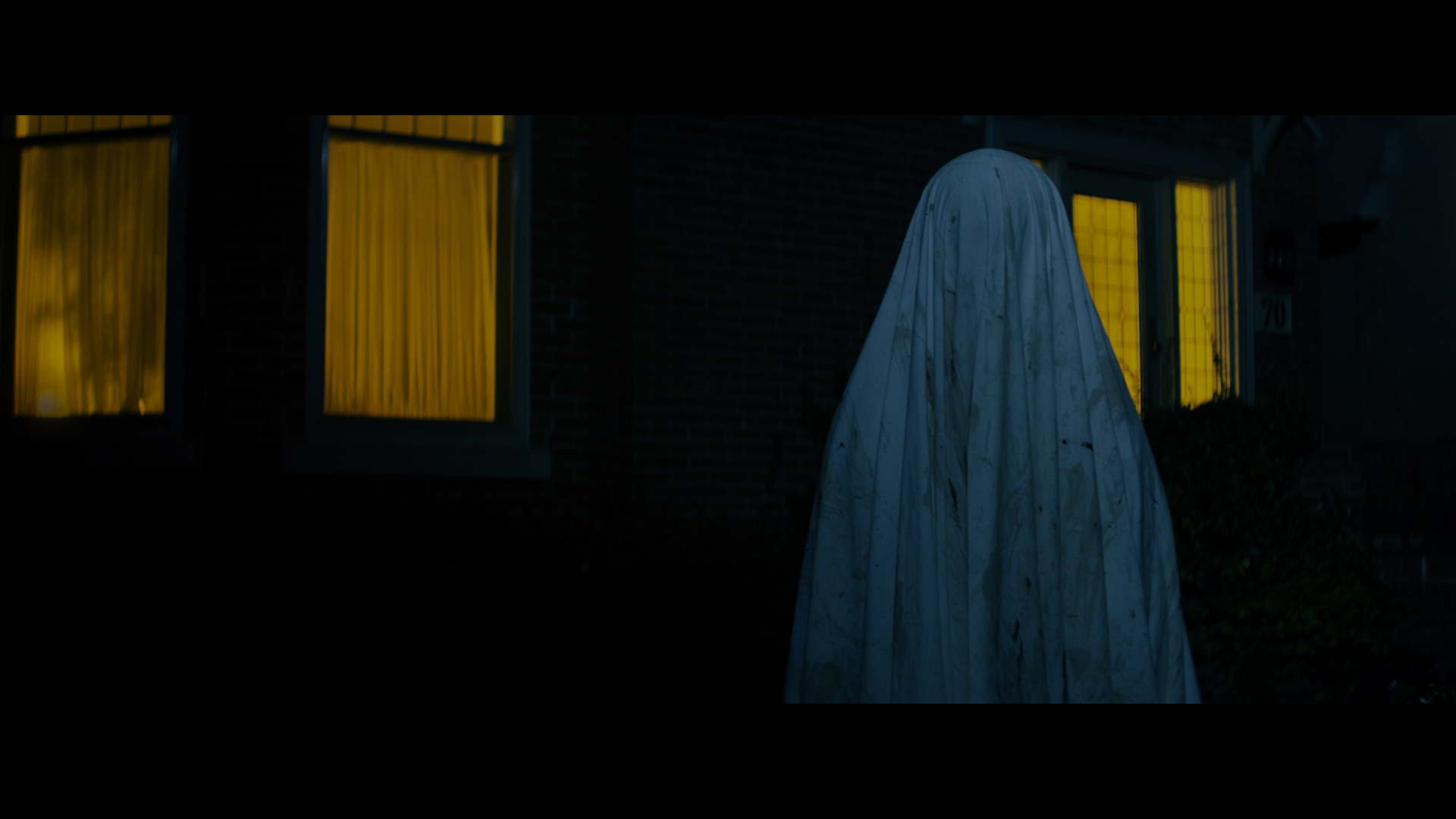 In a ghost town that has been left in a disaster state, there are only a few people that chose not to evacuate. Those few don’t seem exactly sound of mind either. It’s an odd setting and situation for four young kids to be trick or treating on Halloween night.  Dressed as a ghost, witch, grim reaper and devil, the kids go door-to-door without a care in the world. Their first stop is to the home of a woman so obviously scared of whatever has decimated their town that she will only open the door a crack to give them a tin can of something or other. Despite it not exactly being a “treat” the kids seem satisfied and brush off her warning to “be careful out there”.

The kids soldier on and hit house number two. This house is barely even a house, it looks more like a shed that was hit by a bomb. From the sidewalk you hear the crazy cackling and ranting of a man coming from inside. Does this deter our fearless children in disguise? Not at all! They make their way to the front hole (it’s what may have been a door at one point in time) and out pops the head of the cackling man played by Canadian film treasure Julian Richings (THE VVITCH, ORPHAN BLACK). Richings has been a mainstay in not only Canadian film but film in general for as long as I can remember and I don’t want to live in a world without this man! His performances are always so good that Richings truly owns a piece of my heart.  While his appearance in THE LAST HALLOWEEN is brief, it is the highlight of the short for me.  Covered in open sores, he babbles nonsense to the kids that should in reality send them running but no, they will perform a trick, or get a treat. Personally, I wouldn’t count a flattened dead bird as a “treat” but the kids take the offering and move onto the next house. This house has a post-apocalyptic survivalist vibe complete with video surveillance security to monitor the front of the property. When they ring the bell the image of a broken and fearful man answers yelling to get off the property. From inside the house we see him and his wife as they argue about the dangers of letting anyone, even kids, enter the property.  The kids buzz again and he screams at them to scram.  I won’t spoil the ending but I will say is that this probably wasn’t the best idea.

The film clocks in at ten minutes but is one I could see work as a feature length film. In fact, I think that there are some great characters in the film that could be built upon if a feature was made.

The film has not only played tons of festivals but it also has won a slew of awards. Roussels direction is great and the FX by Ontario mainstays The Butcher Shop are another highlight of the film. 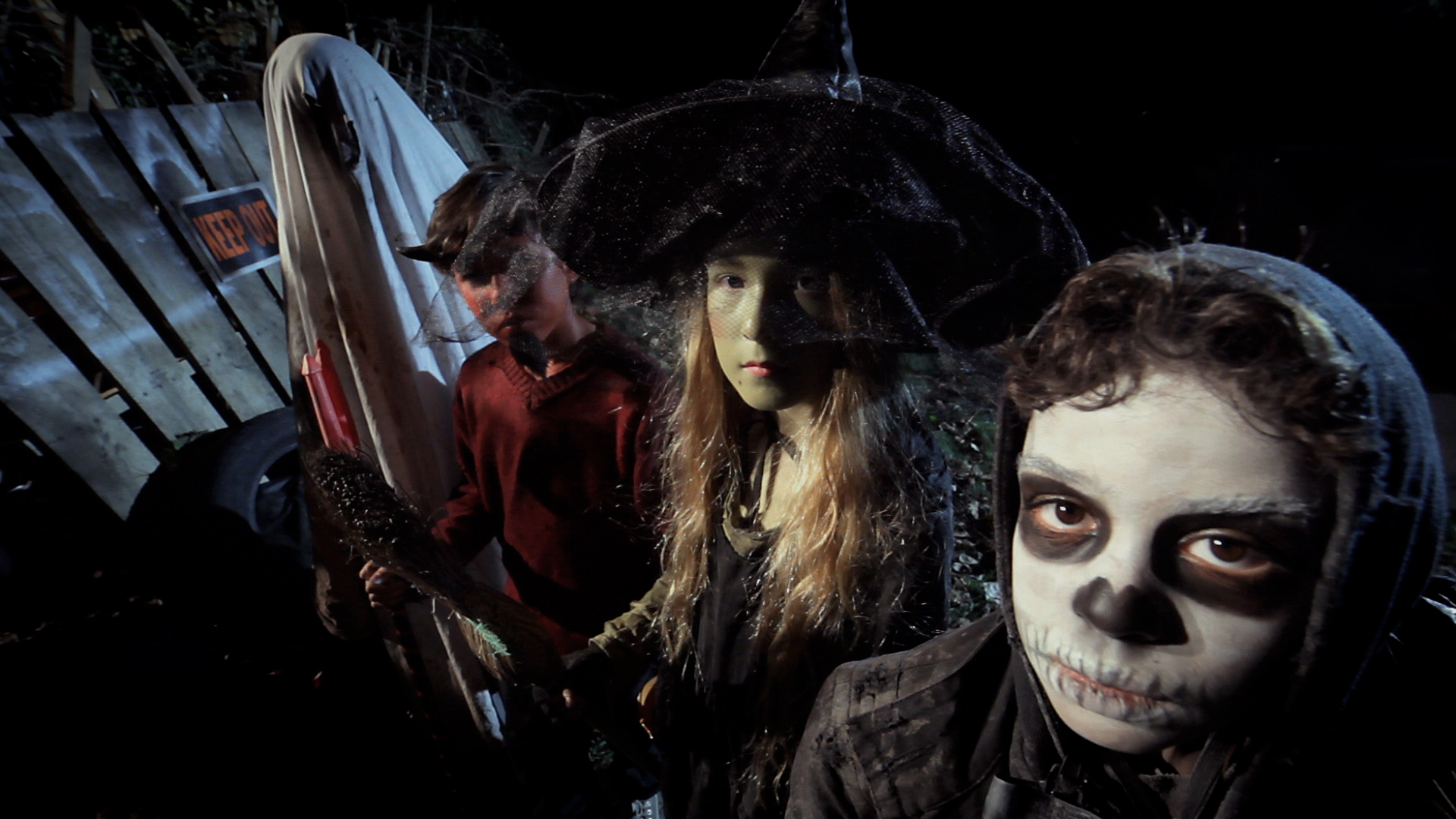 THE LAST HALLOWEEN has a great eerie tone with even better performances. I am a sucker for survivalist stories so this one was right up my alley from the get-go.  Grab some snacks, watch the film and if some kids ring your doorbell, be very, very nice to them.

“THE LAST HALLOWEEN is great in its short form, but could be even better in a feature format”