Duncan Birmingham’s writing career has been wild from the start.  Almost every major source of inspiration for me as a writer is an outlet that he got his rise to fame with. ROLLING STONE? Check. THE WEEKLY WORLD NEWS? Check. THE NATIONAL ENQUIRER. Check. You name it, he has been there.  His expertise extends beyond writing for major outlets, he is also a Bigfoot expert (I’m SO jealous), a TV writer and the author of books such as PETS WHO WANT TO KILL THEMSELVES.  The man is so rad that I couldn’t fit everything into one interview piece so here is part one of our interview with Duncan Birmingham!

FF: So tell us a little about yourself:  Where you are from? What were your interests and influences growing up? What made you want to take the professional path you have taken?

DB: I grew up in Boston and later moved to South Florida when my dad had a midlife crisis. I’m a terrible athlete, bad at math and too lazy for a physically laborious career.  My career path was easy enough to choose because writing and English were close to the only subjects I didn’t flame out in. So my career prospects were limited and I slid right into writing.

FF: Your story sounds like a way cooler version of ALMOST FAMOUS. Starting with your internship at ROLLING STONE. How did that come about?

DB: I wish I could say that was true! I applied to the internship program at ROLLING STONE and was elated to get in. I lived on a friend’s couch and later at a weird SRO/hostel called The Dexter House on the upper West side. I was extremely naive and bummed out with how corporate ROLLING STONE Rolling was. I was pretty green and not competitive or proactive enough to be a successful intern.  I transcribed a lot of interview tapes and submitted album reviews but I didn’t pitch enough article ideas. Unlike my assistant jobs at the tabloids, I wasn’t getting paid so I started a part-time job selling theatre ticket memberships for the CLASSIC STAGE COMPANY (We’ve got a really great season with CHRISTMAS AT THE IVANOVS’ and  THERESE RAQUIN !). Basically it was telemarketing but for art’s sake. I went on a very awkward date with a woman who bought season passes for her and her friends. I enjoyed hanging out at the theatre more than at ROLLING STONE and started showing up less and less for my internship. Then I started getting dirty phone calls on the inter-building phone at The Dexter House. Suddenly I was like “what am I doing here?”, so I moved to my brother’s condo in Boston and started looking for a newspaper job. 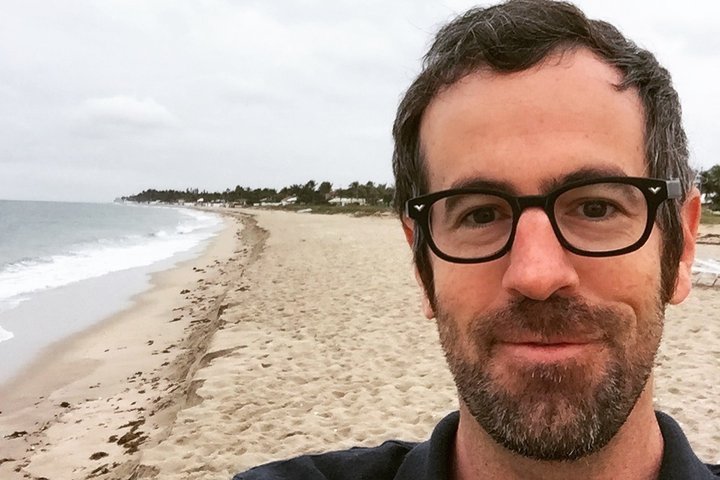 DB: I wrote a bit about the experience in the piece called BED BUGS AND ROLLINGS STONES for MR. BELLERS NEIGHBORHOOD.

FF: What were some important lessons you learned from your time there?

DB: When you’re at the bottom rung, have a game plan. I lacked the confidence to pitch my ideas and get my writing in front of people at ROLLING STONE so I didn’t get as much out of the experience as I should have.

FF: What is the most memorable (good, bad, funny, scary etc) thing that happened while you were there?

DB: On the very first day I was transcribing some written notes for a reporter when Jann Wenner stormed over and started screaming that “my” desk was a mess. He yelled for the whole office to look over at what a mess my desk was. Of course it wasn’t my desk (I didn’t have a desk!) but I just sat there red-faced as he used me as an example and then stormed away.

FF: You wrote a piece called GOOD IN A ROOM for JOYLAND that paints a very vivid picture of the professional and character dynamics that make a good writing room. It reads like the internal story of someone whose spot in the hierarchy of the writing room is being threatened by a new generation. Is this story based in fact or fiction?

DB: The story is fiction. I wish people liked reading my fiction as much I like writing it. I’ve been the new guy and I’ve been one of the more experienced guys in a writers’ room (although not ‘the old guy’ like the narrator in the story…. at least not yet) and I think it’s an interesting dynamic. In some ways it’s like high school. I liked the idea of a writer who was too depressed to make jokes anymore or even recognize his own depression so he projects his frustrations out on the new guy in the room who is very much a younger version of himself.

FF: You wrote for THE WEEKLY WORLD NEWS (TWWN), which was one of my favorite publications as a child. I can honestly say that it was one of the world’s most influential literary publications to date and it is sorely missed. How did you get involved at TWWN?

DB: I was living in South Florida during high school. My neighbor knew I wanted to be a writer and helped me get a job as an assistant for the summer at THE NATIONAL ENQUIRER. I was there sorting mail, proof-reading, answering phones and occasionally got to do more exciting stuff like go visit a “haunted mansion” in Palm Beach for a story. I was at THE NATIONAL ENQUIRER for such pivotal stories as Julia Roberts and Lyle Lovett’s suprise wedding and Burt Reynolds and Loni Anderson unsurprising divorce. I realize I’m dating myself! This was all in the original NATIONAL ENQUIRER building in Lantana before they moved homebase to Boca Raton and then an Anthrax scare caused the whole building (and so much NATIONAL ENQUIRER materials) to be closed and destroyed. I digress.

Anyway, after two summers as an assistant at THE NATIONAL ENQUIRER, I was asked to help out at TWWN which was housed in the same building. At first it was hard not to think of it as a demotion. The WWN was launched in 1979 as  an after thought when THE NATIONAL ENQUIRER went from black and white to color and the thrifty editor in chief Generoso Pope decided to put the black and white printing press to work with a second paper for even wilder stories. But I quickly realized TWWN was a way more fun publication to work for. 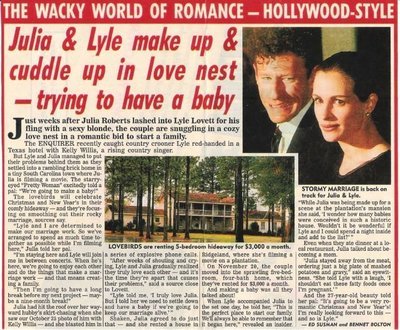 FF: Can you tell us what an average week was like there? Walk us through the process from the writer’s room to print.

DB: In many ways it was like a TV writers’ room. We would submit our bizarre story ideas and headlines on index cards to our genius editor in chief, Eddie Clontz, who would flip through them David Letterman-style often reading the headlines out loud to the room and gauge reactions. While many of the stories at The WWN were exaggerated versions of real stories culled from newspapers around the world, other stories were complete flights of fancy. Reporters punched up each other’s stories and tried to one up each other. Like I said, very much like a TV writers’ room I’d later learn. Even though most of the stories I wrote were fictional, my time there taught me how to write AP-style stories with strong leads. That was great training when I later worked as a reporter for traditional newspapers in New England.