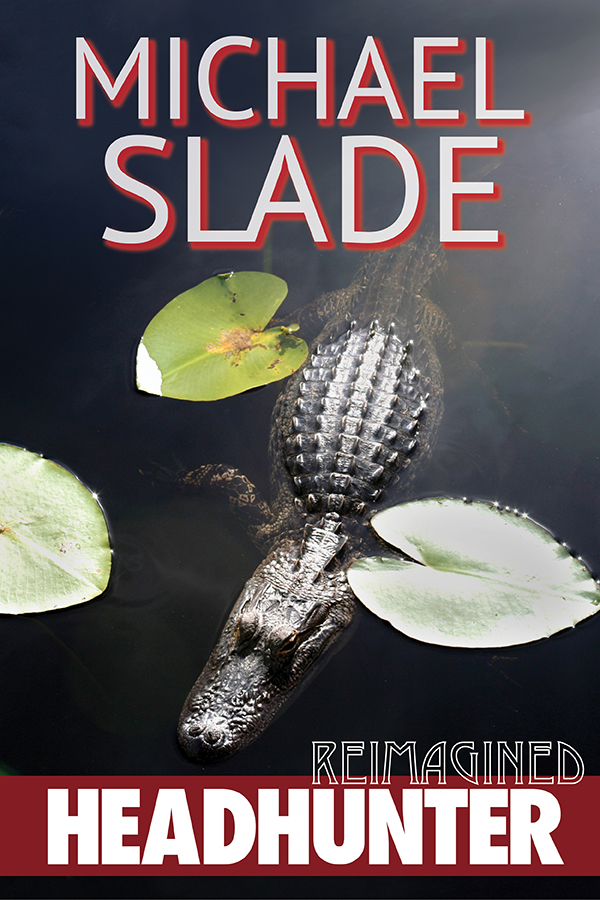 When I received a press release regarding the partnership of D Films Corp and veteran producer Rob Merilees to develop Canadian film and television I was elated to see that their first project will be a series based on HEADHUNTER, a novel by horror writer and my dear friend Michael Slade.

Michael Slade is not only a Canadian literary giant but has also had an extensive career as a criminal lawyer on high profile cases that seep into his writing.

I decided to send Sladesy some questions for an interview as opposed to calling him because hey,  the man can write a great story. And he did!  Michael wrote such great and detailed stuff I had to share it all with you so it will be in two parts.   Here is part one of my interview with Michael Slade. 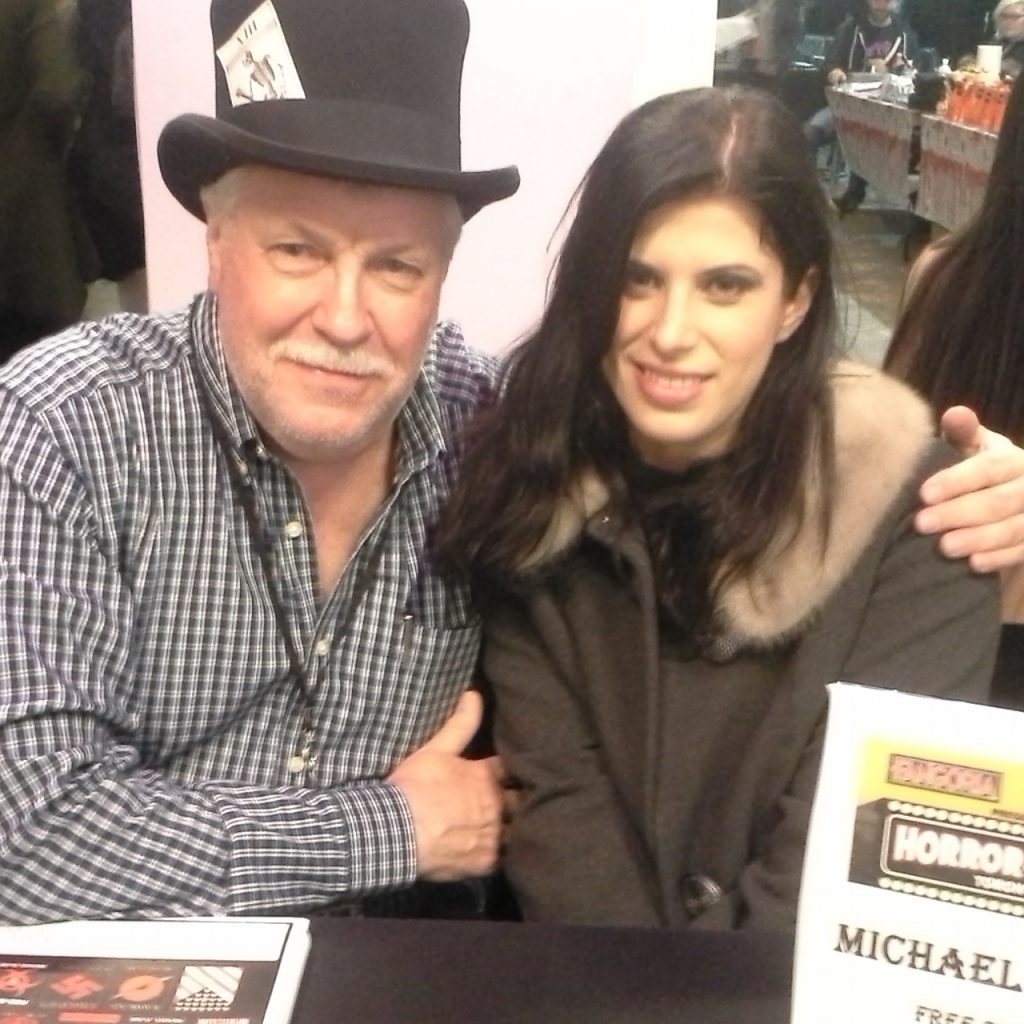 Slade and I at the first Horror-rama convention

FEAR FOREVER (FF): What are your literary inspirations?

Michael Slade (MS): I was born into the glory days of EC Comics before the jackboot of censorship squashed them: TALES FROM THE CRYPT, THE VAULT OF HORROR, THE HAUNT OF FEAR, CRIME SUSPENSTORIES, and SHOCK SUSPENSTORIES. EC’s legendary MADmen – Bill Gaines and Al Feldstein – literally taught me to read. From there, I ventured on to Lovecraft and the other horror greats.

Incidentally, I had dinner with Al Feldstein a few years before he died, and got to thank him for spawning my alter ego, Michael Slade.

Most influential horror story? Robert Louis Stevenson’s STRANGE CASE OF DR. JEKYLL AND MR. HYDE. Why? Because the twist in that novel is behind every whodunit and almost all murder trials.

How to pull off whodunits I learned from Agatha Christie. I like this quote about Slade from THE GEORGIA STRAIGHT: “Literary bungee jumping with Agatha Christie’s bastard son.”

Because if Dame Agatha could see the monster she created, she’d disown him.

By far the strongest crime influence on me was Ed McBain’s fifty-five 87th Precinct police thrillers. It’s no exaggeration to say, “If there were no Ed McBain, there would be no Michael Slade.”

I was 13 when I read McBain’s LADY, LADY, I DID IT! shortly after Hitchcock’s PSYCHO hit the screen. Killer walks into a bookstore and shoots up the place, mowing down browsing readers like you and me! The motive was so ugly, the cops’ reaction so vengeful, and the dying message puzzle (“Carpenter …”) so slap my forehead and grumble, “Why didn’t I see that?”, that I clearly recall thinking, One day, I want to write something like this.

McBain, too, I later got to meet and correspond with until he died.

TIME OUT says of Mountie Noir – the novels that came out of that background – “A thin line separates crime and horror, and in Michael Slade’s thrillers, the demarcation vanishes altogether.” 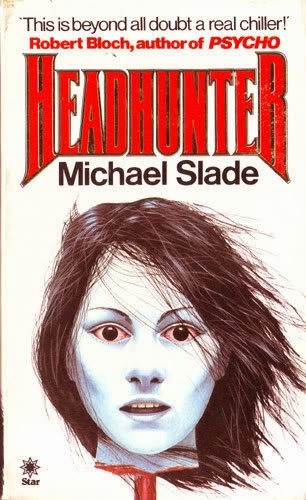 FF: Where else do you draw inspiration?

MS: Travel to far-off places that have lured me since my youth. After years of defending and prosecuting murder trials in the hurly-burly of the criminal courts, retreating alone to a writer’s desk to dream up thrillers would bore me to death. Far more exciting to live my plots before I write them down, so I fly somewhere distant that sparks my imagination and put myself in a situation – often with calculated danger – to experience and record the resulting thrills.

In other words, I encourage my stories to write themselves.

Conjuring HEADHUNTER took me to the Caribbean, America’s tropical jungles, and New Orleans, where I immersed myself in voodoo and the reason why a shrunken head is in Vancouver’s museum.

GHOUL launched me on a pilgrimage to Providence, Rhode Island, where Lovecraft experts walked me around the real-life sites in H.P.’s horror stories, and sat me down on a tomb in St. John’s graveyard where legend says both Poe and Lovecraft sat before me. There, I spent the night jotting notes in the moonlight, and when the sun came up next morning, I had the plot of my “ghostwritten” novel.

CUTTHROAT came out of the Ghost-Torturing Pass at Fengdu Ghost City on the bank of China’s Yangtze River.

When I was 15, my mom took me to London to hunt for Jack the Ripper’s murder sites, when almost all were still as they were in 1888. Later, my father’s cousin’s husband’s father – a cop high up in the Met Police – got me into Scotland Yard’s Black Museum, the most inaccessible collection around. From that came several macabre weapons like the spiked binoculars, and RIPPER. 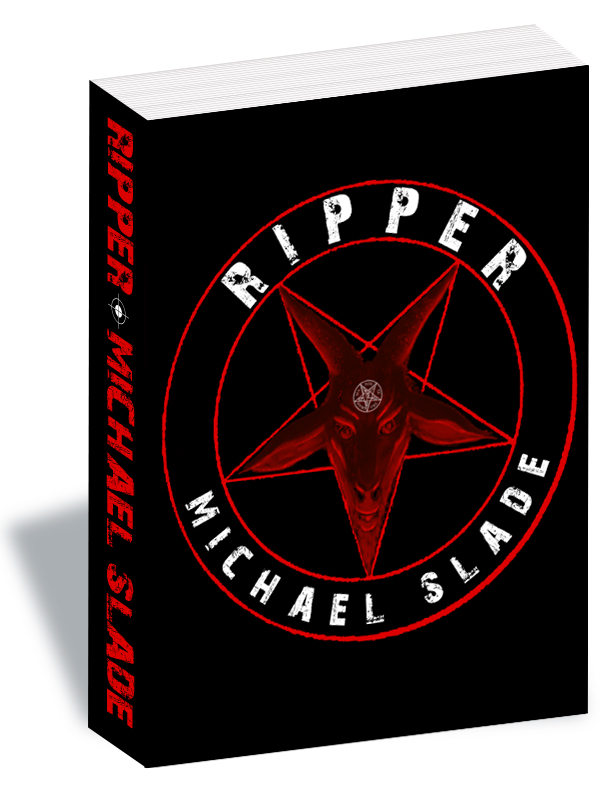 Close calls with a lion, a spitting cobra, and a croc while on safari in Zimbabwe and the Okavango Delta of Botswana produced ZOMBIE (aka EVIL EYE); exploring Rome’s Colosseum, Stonehenge, Hadrian’s Wall, and the Scottish Highlands came together as BURNT BONES; defending the last hanging case in Canada and touring the horseback trial circuit of B.C.’s frontier “Hanging Judge” Begbie sparked HANGMAN; climbing Egypt’s Great Pyramid of Cheops inspired DEATH’S DOOR; sinking into the cannibal caves of Atiu in the Cook Islands of the South Pacific littered with thousands of human bones gave me BED OF NAILS; tracking my father’s RAF combat raids in World War II produced SWASTIKA and CRUCIFIED; experiencing Hong Kong and its massacre site led to KAMIKAZE; and years of skiing in the Coast and Rocky Mountains schussed into RED SNOW.

Venturing out and about like that makes writing even more thrilling than courtroom battles.

FF: HEADHUNTER’s roots are firmly planted in your family’s pioneer history. Tell us about the frontier days of the North-West (now Royal Canadian) Mounted Police that you feed into modern “Mountie Noir.”

MS: “Go West, young man!” was the mantra of that time, so in 1883 (not long after Custer’s last stand and Sitting Bull’s exile in Western Canada) my great-grandfather, George “Scottie” Murdoch, rode the CPR to the end of the line – Maple Creek, Saskatchewan – where he bought a wagon pulled by an ox and a mule to trundle across the plains by himself through Cree and Blackfoot territory to the Mounted Police stronghold of Fort Calgary.

There, Scottie settled among the Blackfoot outside the stockade, learned their language, and set up trade as a harness-maker for both the Mounties and his Native friends. The Blackfoot called him Leather Man. 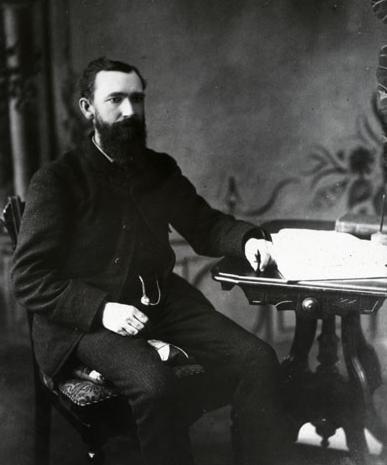 In 1884, Scottie collected enough money and signatures to have Calgary’s 200 settlers incorporated as a town. In December, he became Calgary’s first mayor and served as its first judge. His journal (now in Canada’s National Archives) describes early Mounted Police court cases: “A strange sight, civilians, military, and Indians in paint looking in at the windows.”

In 1885, the North-West Rebellion shook the plains. My wife’s great-grandfather had joined the Mounties that year, so when Louis Riel’s Métis defeated the Mounted Police detachment at Duck Lake, Saskatchewan, he got embroiled alongside Sam Steele (later the iron man of the Yukon Gold Rush) and Charles Dickens’s son.

Meanwhile, in Alberta, the Cree were starving as rampant white hunters killed off the buffalo. Fuelled by alcohol, a food raid on a Hudson’s Bay Company post degenerated into the Frog Lake Massacre, with nine whites – including two Catholic priests – dead, and two women abducted.

In Calgary, the fear was the Blackfoot would join the rebellion and wipe out the town, so my great-granddad – as mayor – was in charge of defending the new settlement. The Blackfoot didn’t rise up, Scottie kept his Native friends, and – as old men usually do in their twilight years – they’d all sit on his porch smoking their pipes and telling tales of the Wild Northwest.

All of which my granddad heard and passed down to me.

John Schlamp, my other great-granddad on my mom’s side, was born in the Kingdom of Galicia in Eastern Europe just after the Galician Slaughter, when the Austrians paid peasants in money and salt for over a thousand Polish nobles’ severed heads. Galicia bordered Transylvania, home to Dracula and Vlad the Impaler, and Hungary, home to Blood Countess Elizabeth Báthory. Legend says she killed over 600 virgins and bathed in their blood to stay young.

Schlamp joined the Prussian Army and learned five languages plus several dialects in his travels around Europe. And yes, he had a dueling scar on his cheek. After that, he found work as a gardener in Vienna.

Elizabeth Flesner was born into wealth and title in Vienna. She lived in a gated mansion with many servants. She was so pampered that she had never combed her own hair until she fell in love with the gardener – John Schlamp – and was disowned by her family. Her clothes were tossed into a suitcase, a carriage drove her to the exit, and the gates slammed shut behind her.

John took her to Galicia, where they had five children, all of whom died in a plague. So during what’s known as the Great Economic Emigration, they left their home for a new start in Alberta in 1889. There, they farmed near Edmonton, lived in a sod hut, and had eight more kids.

Because of his skill with languages, John spent twenty-five years as the court interpreter in countless Mountie cases.

When I was a boy, my grandmother’s bedtime stories would scare the hell out of me. Not only did she have an old volume of the Grimm Brothers’ Tales, but she embellished them with all the family folklore of vampires and headhunters, plus plains tribe horrors like the wendigo monster that possessed Swift Runner, an Alberta Cree, who slaughtered and ate his family, and was hanged by the Mounties.

There is more to come tomorrow in part 2 where we will touch on Slade’s law career, upcoming projects, his high profile murder cases and much much more! 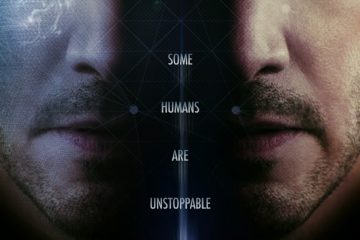 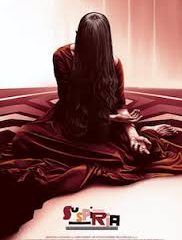 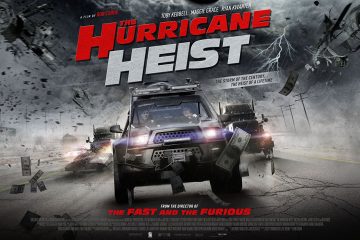 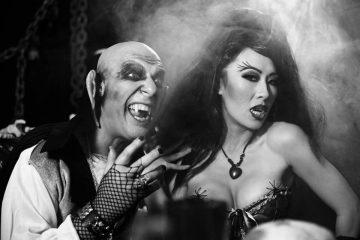