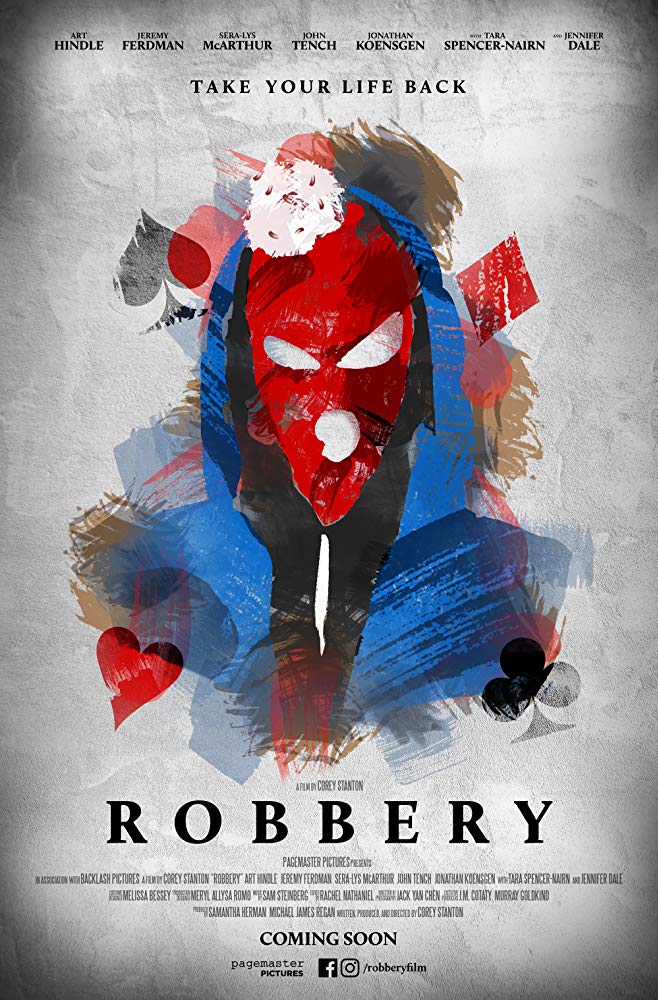 It’s the 13th year of the TORONTO AFTER DARK (TAD) film festival and year after year, it just keeps getting better.  Much like Montreal’s FANTASIA film festival, TAD is not horror specific. These festivals are for sci-fi, genre, action, fantasy and more.  That makes for some really interesting and formidable film selections.  On first glance, a film like ROBBERY may not seem like a good fit for a festival like this one.  Its not a fantastical film, nor is it scary in the traditional sense. It is a crime drama and one hell of a film, making it perfect for TAD.

Frank (played by Canadian horror royalty Art Hindle) suffers from dementia. Jeremy Ferdman plays his son Richie. On first glance Richie seems like a diamond in the rough. He lives a tough life but also is his fathers caregiver. Just a son taking care of his ailing and vulnerable father. Well, not exactly. Richie is a low level thug, robbing convenience stores and following in his fathers criminal footsteps. While Richie is robbing stores, dementia is robbing Franks mind of all of his years of knowledge on crime and how to perpetrate it for maximum payoff. Before his mind and knowledge get completely lost, Richie wants to mine his fathers mind for as much of his teachings as possible. See? not exactly the doting son after all. As dementia slowly robs Franks of his life, gangsters are looking to rob Richie of his if he doesn’t pay them the money he owes them. 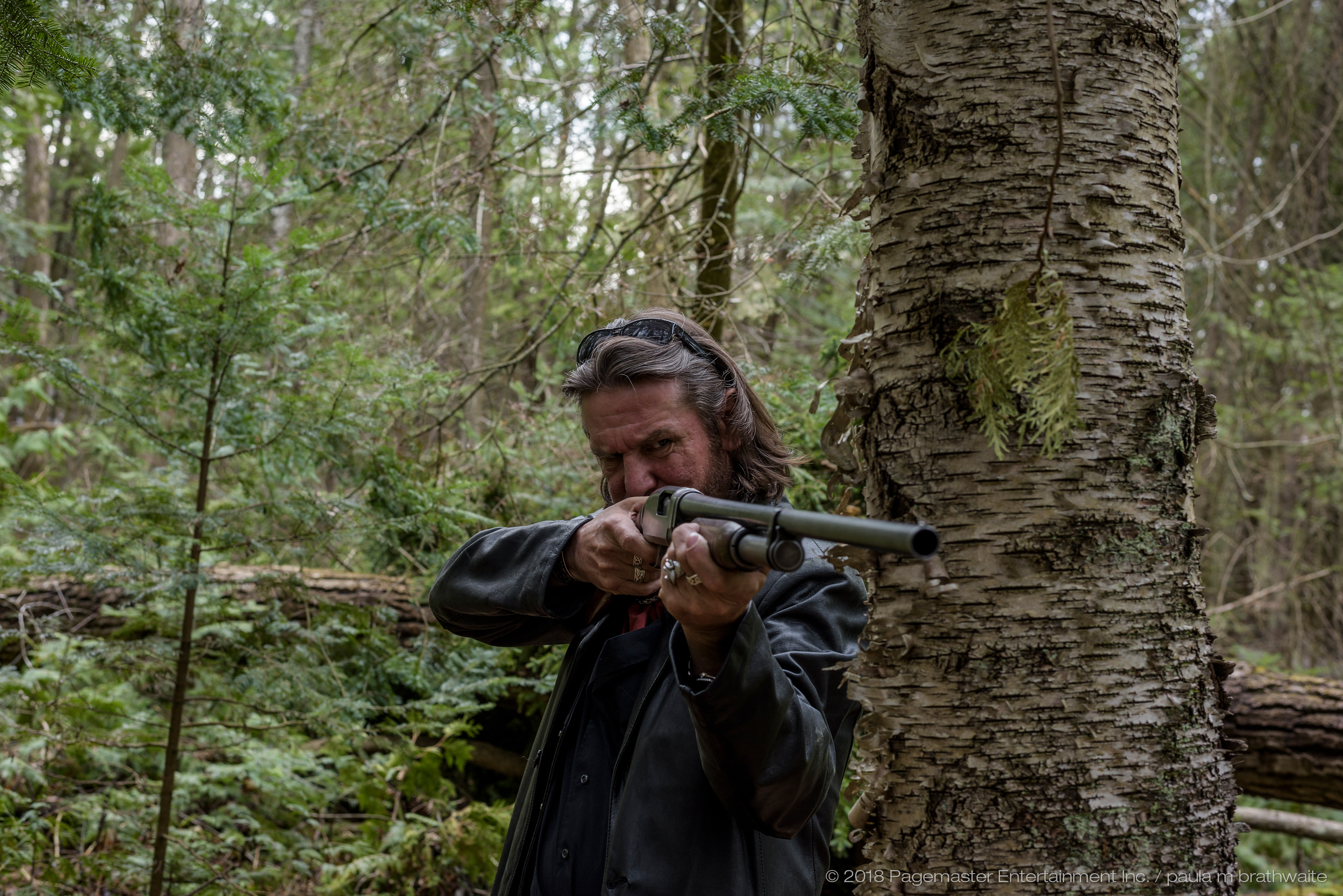 Richie decides that his newest racket will be B&E‘s. Just like in SUPERMARKET SWEEP, Richie has 5 minutes to grab all the electronics, jewellery and cash he can from the asshole’s they target. He rationalizes it to himself morally that he is only stealing from “rich assholes”,  making himself out to be some sort of modern day Robin Hood.

While making his “supermarket sweep” at one of the houses he hits, Richie grabs a mega stash of prescription meds.  Here is where the film addresses a very real problem (the opioid crisis) and exposes just how big a street drug business it is. Big enough that Richie is now in some serious trouble.  He can steal all the jewelry and iPhones he can muster, but drugs are someone else’s racket. That someone is named Roxanne (Jennifer Dale), and it’s her goons that are after Richie. 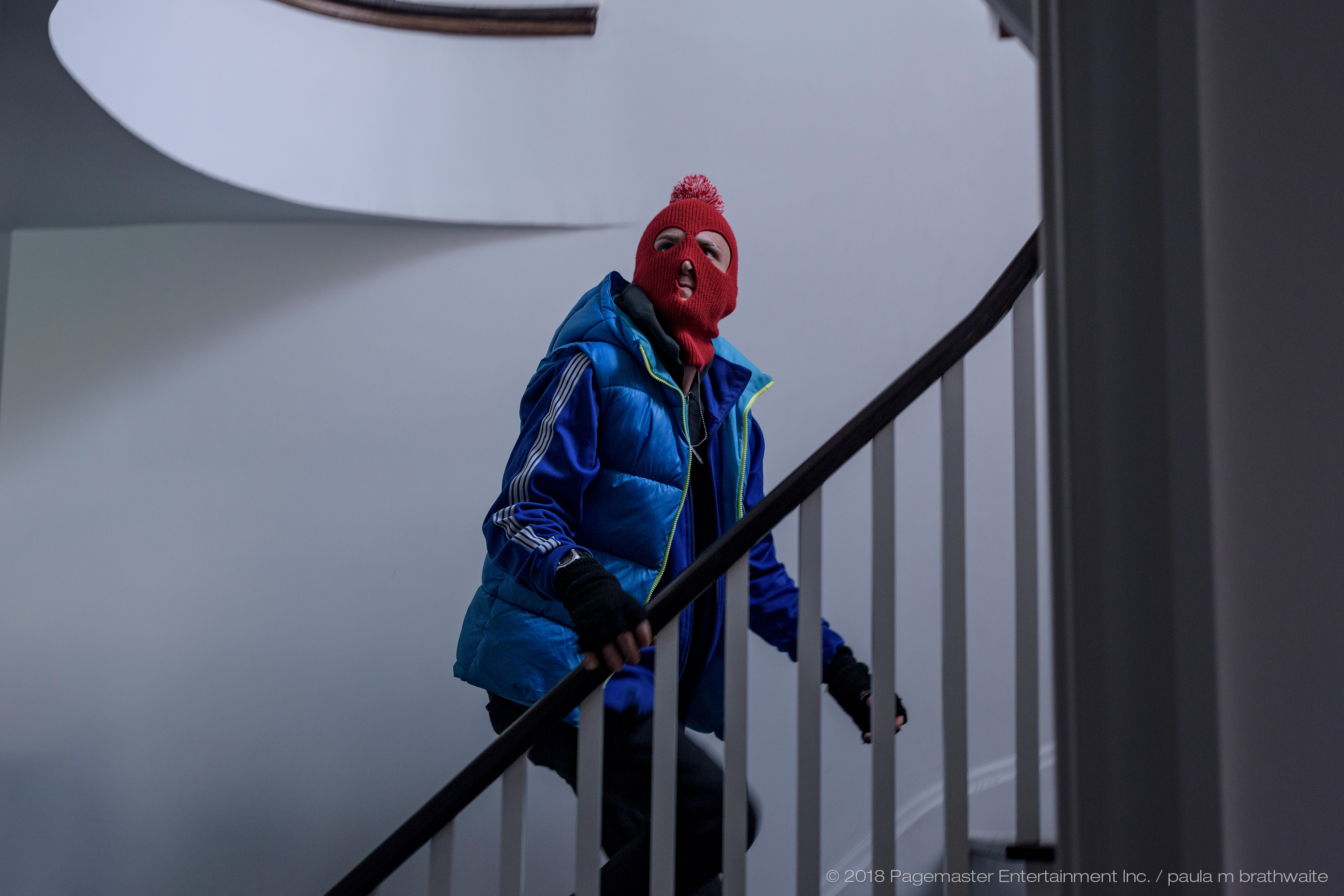 The film takes some great plot twists from there and they were so unexpected that I am going to let them reveal themselves instead of giving them away. I will say this, it explores the many themes of robbery, ownership, time and relationships in extraordinary ways.

Full disclosure I am an unabashed, full-on fan of Art Hindle. He is always a delight to watch on screen. However, this role introduced me to the Art Hindle I didn’t know. He is tough, fragile, manipulative and human. It’s the depth of character I think he has not had much of an opportunity to explore before. I think that this role is his finest work to date.

Jeremy Ferdman is not a name I had heard before. So you can imagine my surprise when he performed the shit out of this role (pardon my French).  Kudos to whoever cast him because he carries a lot of this film and that is a lot of pressure on a young actor. Also, he has to work with Art, a very seasoned actor and play off his chops with ease which Ferdman did spectacularly. I can’t wait to see his work again.

ROBBERY really caught me off guard. I don’t know what I expected, but I certainly did not expect to stumble upon one of my favorite films of the year!