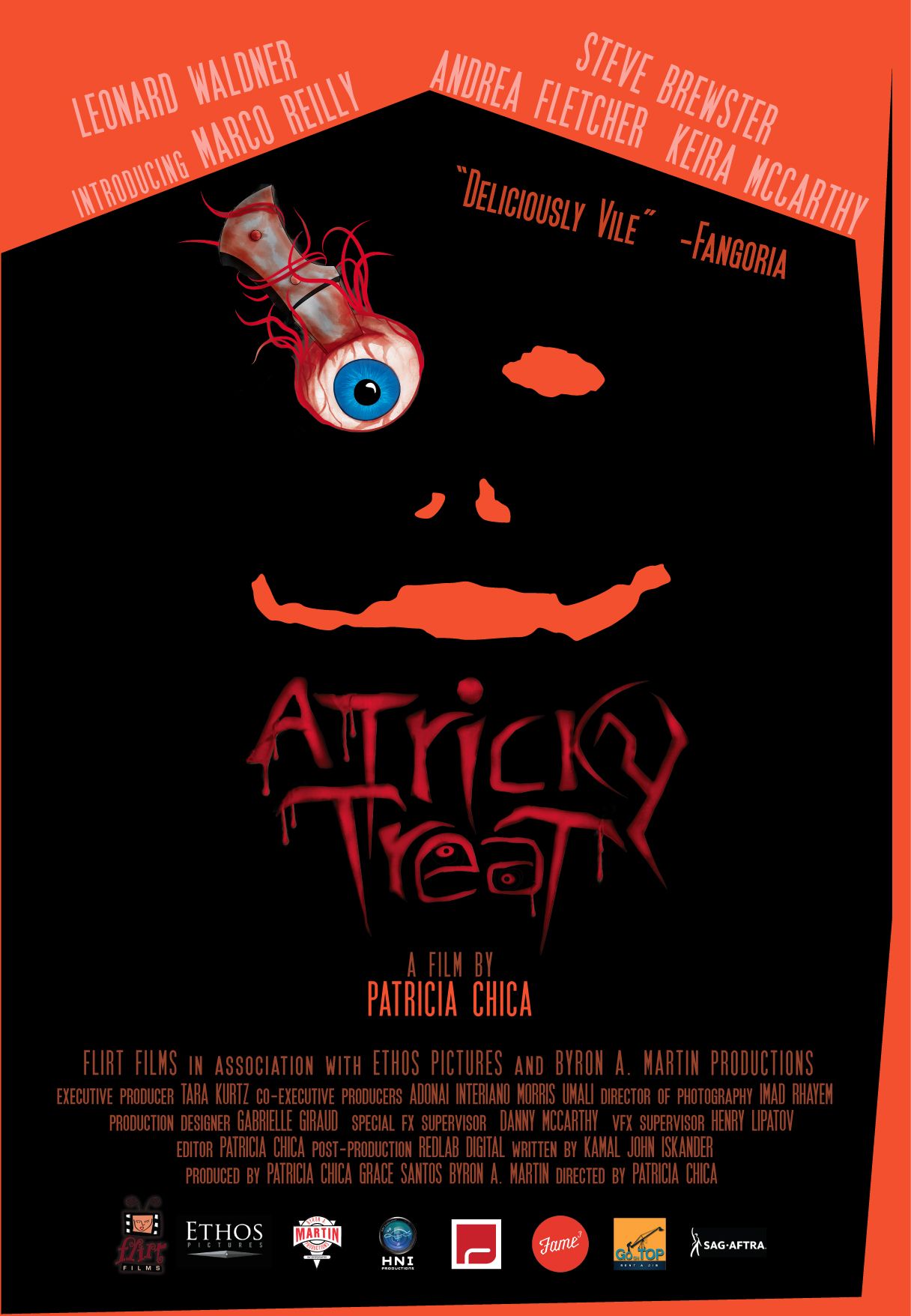 A TRICKY TREAT is a short film in the most literal sense of the term. The total run time is three minutes and seven seconds with the film itself clocking in at just under two and a half  minutes. Despite its succinct nature, A TRICKY TREAT manages to tell a complete story replete with a twist that would do THE TWILIGHT ZONE proud.

Directed by Patricia Chica, A TRICKY TREAT invites the viewer-observer into the Halloween preparations of a seemingly traditional “Norman Rockwell” family.  The camera moves around in a smooth and purposeful fashion carefully avoiding the faces of our characters.  An “oldie but a goodie” device used in story misdirection.

They come together as a family unit to celebrate Halloween with the time-honored tradition of the carving of the Jack-o’-lantern. Sounds quite wholesome and innocent enough, right? So what would you expect next? Of course! Good old dad will head off to the garage to decapitate a captive man and bring his head back to the audible delight of the rest of the family. What else! There are some fun practical effects here, and this scene in particular struck a chord with me as it reminded me of how much I loved cleaning and carving the pumpkins with my family on Halloween.

Once the dirty work is done, their “jack-o’-lantern” (which suspiciously resembles a cut-up  Michael Myers mask) is placed on the front steps where the family is gathered, and for the finale they reveal the shocking news that they are all pumpkin-faced. 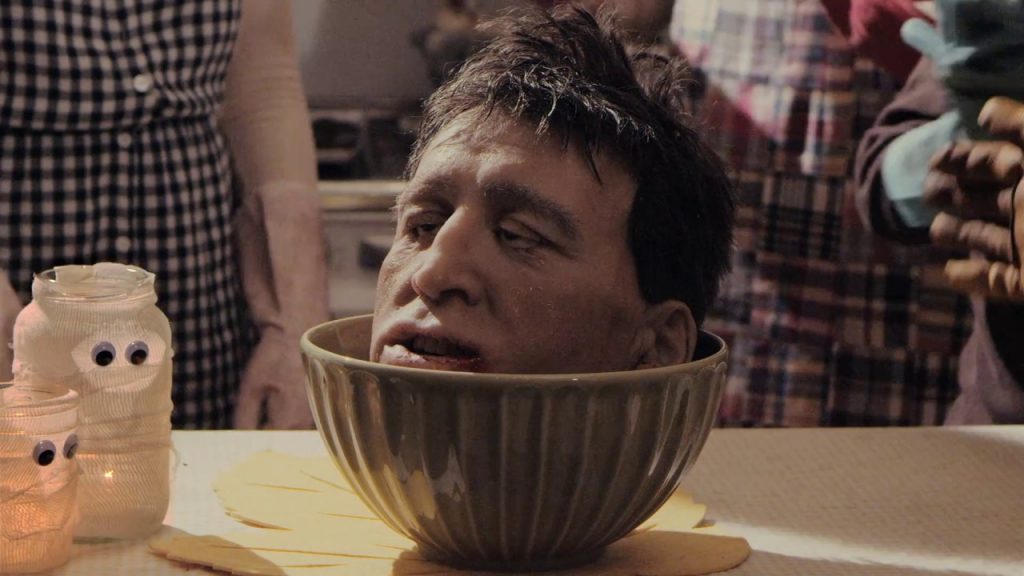 The concept is fun and the twist is entertaining. It would be a good pairing with the horror Christmas short TREEVENGE (Jason Eisener) about sentient Christmas trees that are hell-bent on getting revenge on humans.  Not only do both horror-comedy shorts play with the idea of role reversal and the ripple effect that comes along with holiday consumerism but they are also both directed by resident Canadians.

A TRICKY TREAT played a lot of festivals and won a slew of awards.  It also made its way onto Eli Roth’s CRYPT TV which is exclusively for horror and genre shorts.

The story is cute and if they flesh it out a touch beyond a single gag they can elevate it to something that really packs a punch.  In its current incarnation, it’s entertaining but still falls a bit short for me.  It’s like an entree that’s okay but you know that a little more seasoning would give it the kick it’s missing.

Check out A TRICKY TREAT Facebook page to watch the film.