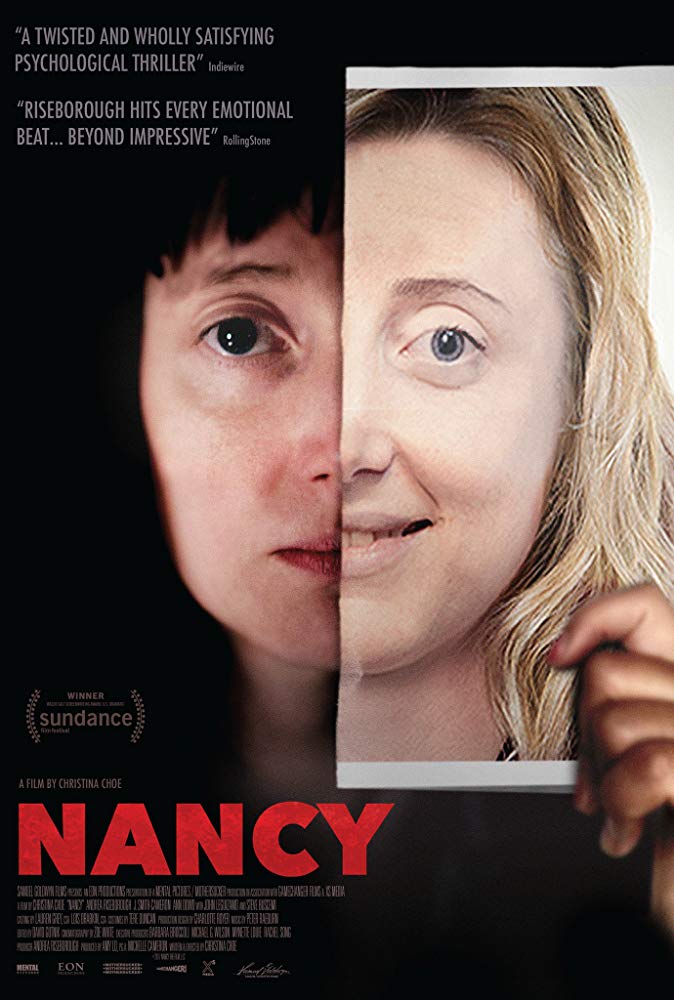 Final Girls Berlin Film Festival is back for its 3rd third year!  The festival features horror / thriller films and a powerhouse program of shorts. All the films are directed, written and /or produced by women and non-binary filmmakers from across the globe. An important feminist voice in genre film festivals, it has become one of the film festivals I most look forward to.

Christina Choe’s  2018 film NANCY is an amazing start to the festival. A heartfelt drama with a nagging sense of dread. While nothing too horrific happens in NANCY the utter hopelessness in the lives of the characters sets a tone like lead in the stomach. At any moment I was convinced something terrible was about to happen, it is such a tense story told extremely well through both the writing and the acting. 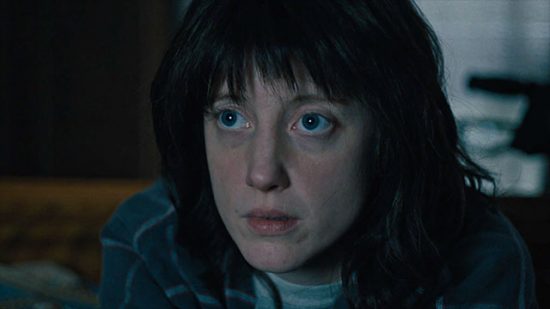 Andrea Riseborough is Nancy, a compulsive liar who escapes her bleak home life by pretending to be other people online. After seeing a 30 year age progression photo of Brooke, the missing daughter of a still grieving couple, she is convinced she is their long lost child and arrives at their house. Tensions rise as Nancy makes connections while waiting for a DNA test.

It was bold move of Chloe’s to make her main character so utterly unlikeable, but it worked in her favor. Never sure of Nancy’s intentions, we are on the edge of our seat about what she will do next. As Brooke’s parents warm to Nancy so does the viewer although there is a sense that you shouldn’t let your guard down around her. Perhaps I am concentrating too much on how the film made me feel, but NANCY is so effective at being affective that I just can’t help going on about its emotional impact. 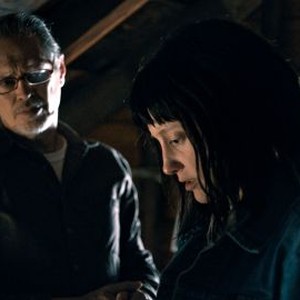 The film says a lot about identity, escapism and believing what we want to be true not necessarily what is true. Nancy wants nothing more than to be someone else, no matter the emotional trauma she causes others. Somehow as a much as you dislike her you feel sorry for her because in a way she has no sense of self to ground her. The message I got from NANCY was not to take for granted your  knowledge of who you are.

With an excellent cast: Ann Dowd (who freaked us out last year in HEREDITARY), J. Smith Cameron, John Leguizamo and Steve Buscemi, this film was set up for success. They all give emotional performances which guide the viewer to fall for them. Riseborough continues to prove herself as one of the most interesting actors out there, with chameleon-like abilities for character acting. 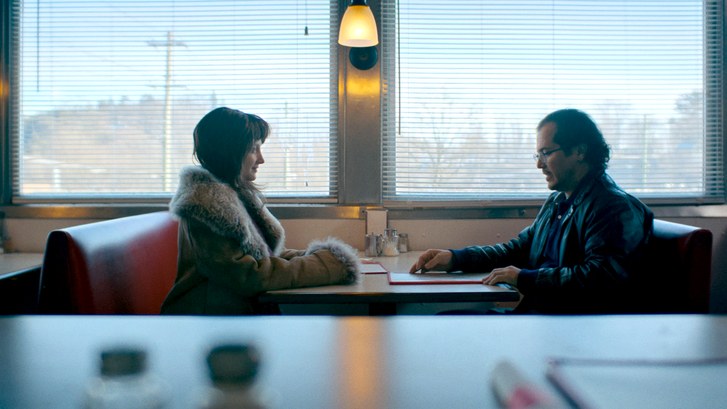 Now I don’t really consider myself a genre gatekeeper but I know a lot of people are sticklers for what is and isn’t horror. So for that reason I’m hesitant to label this film as such. If you go into this film expecting full on horror you will be disappointed; however if you go into this film expecting to see a good film, you’ll get what you want. NANCY has enough suspense to make me extremely uneasy so I think it has a well deserved place at Final Girls Berlin Film Festival.

NANCY will stick with you, perhaps initially because you mull over the unconventional ending, but as time goes by it stays in your head as you explore the choices in the movie. A good movie stays with you and makes you think.

Final Girls Berlin Film Festival runs from the 31st of January to the 3rd of February, NANCY is their first film of the festival.

“NANCY is so effective at being affective that I just can’t help going on about its emotional impact.” 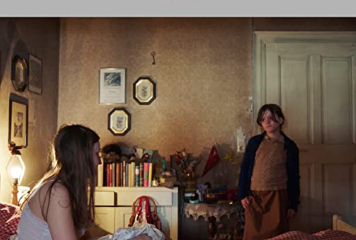