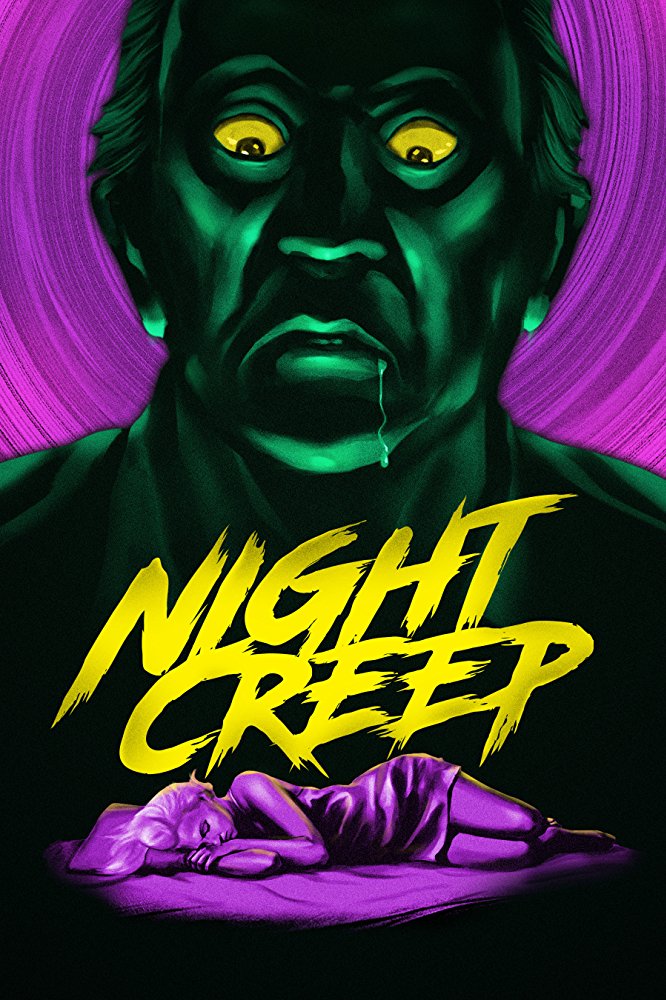 There is a certain sect (mind you its a small one, though a sect nonetheless) of horror fans that love Shot-On-Video horror. I happen to be one of those lovers.  I can’t explain why. It’s not because I don’t want to but because I actually don’t know what it is about this goofy sub-genre that I find so endearing.  Films like BOARDING HOUSE  and BLACK DEVIL DOLL are extremely close to my heart.  It’s an acquired taste but if SOV horror is something you are a fan of, or something you are willing to go into with an open mind and heart, then do I have a film for you! 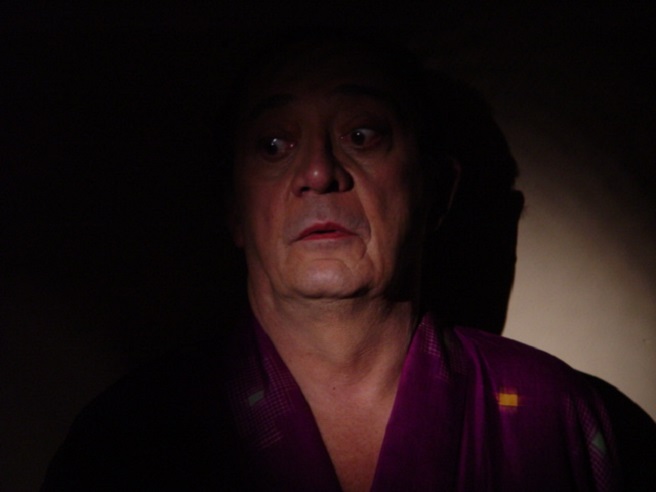 Greg Travis’ NIGHT CREEP stars the late Don Calfa (RETURN OF THE LIVING DEAD) as Mr. Blunt, an elderly ex-military post-stroke eccentric painter and landlord to an apartment directly across from his house. He finds a new tenant for the apartment in Cindy Cinnamon (Christine Sparks), an exotic dancer who finds herself without a place to live after catching her boyfriend in bed with another woman.  Cindy is not only really resourceful but incredibly resilient. Her childhood was comprised of a cast of characters that abused, raped and molested her. You can now add pseudo-musician and cheating boyfriend Ray (Kjell Bjorgen) to that cast of detrimental people in Cindy’s life.  And the list keeps growing! Next in line is her co-worker Jackie Black (Nai Sullivan) who gives Cindy a sketchy pill that she claims is the latest and greatest mind altering, designer drug called “Night Creep”.  Despite knowing nothing more than that, the oh-so-trusting Cindy takes the pill and it turns her rocky road into a full-blown train wreck.  What happens from there you will have to see to believe because it’s completely bonkers. In fact, the whole thing is completely bonkers from start to finish.  As ridiculous as NIGHT CREEP may be, I was highly entertained and stoked at the latest addition to the SOV horror sub-genre. A sub-genre that doesn’t get a lot of new entries or respect. 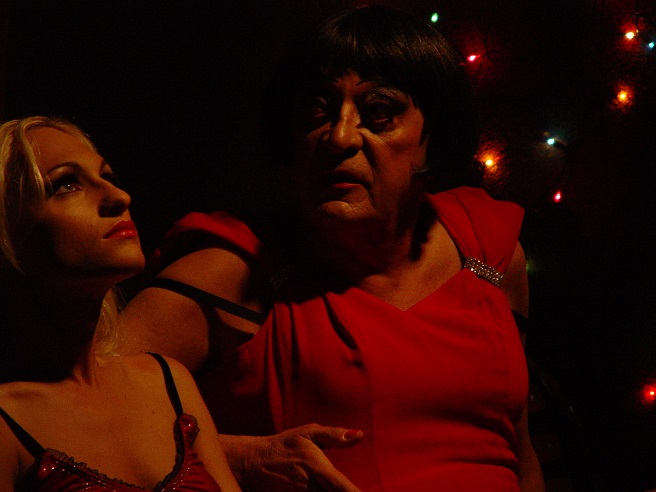 The supporting characters are very colorful and there are some really great moments with every one of them.  Ultimately, Cindy is the least remarkable character in the film in regards to dialogue and depth of character.  It’s the fate of  using the “straight man” character as a central focus and story device.  Due to the popularity of relying on this vehicle for character and plot development, it has manifested into becoming almost standard protocol and its own stand alone bona fide horror trope, especially in films of this ilk.   There is clearly a rabbit hole of  “naughty but nice girl plagued with nothing but horrible people and situations in her life” sub-sub genre SOV horror that you can go down and god bless your go-getting heart if you do.

The film was shot in 2002, but had its world theatrical premiere quite recently at the 2017 edition of the Philadelphia Unnamed Film Festival (PUFF).   Critically it has been called “a classic of midnight movies and trash cinema” by The Farsighted and I completely agree with that sentiment. 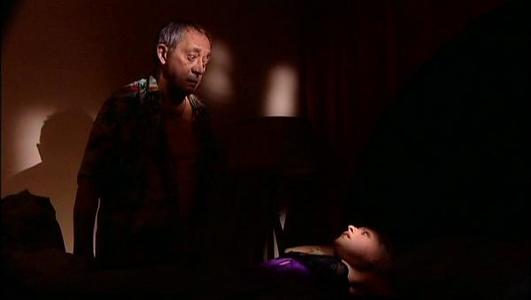 The film is currently available exclusively via  Vimeo on Demand.  The film will be available on more VOD services as well as in select theatres later this month.

A Guide To The Hallodays 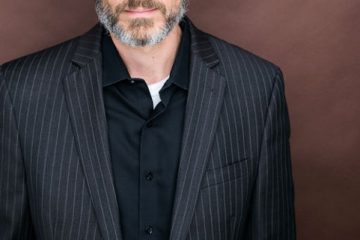