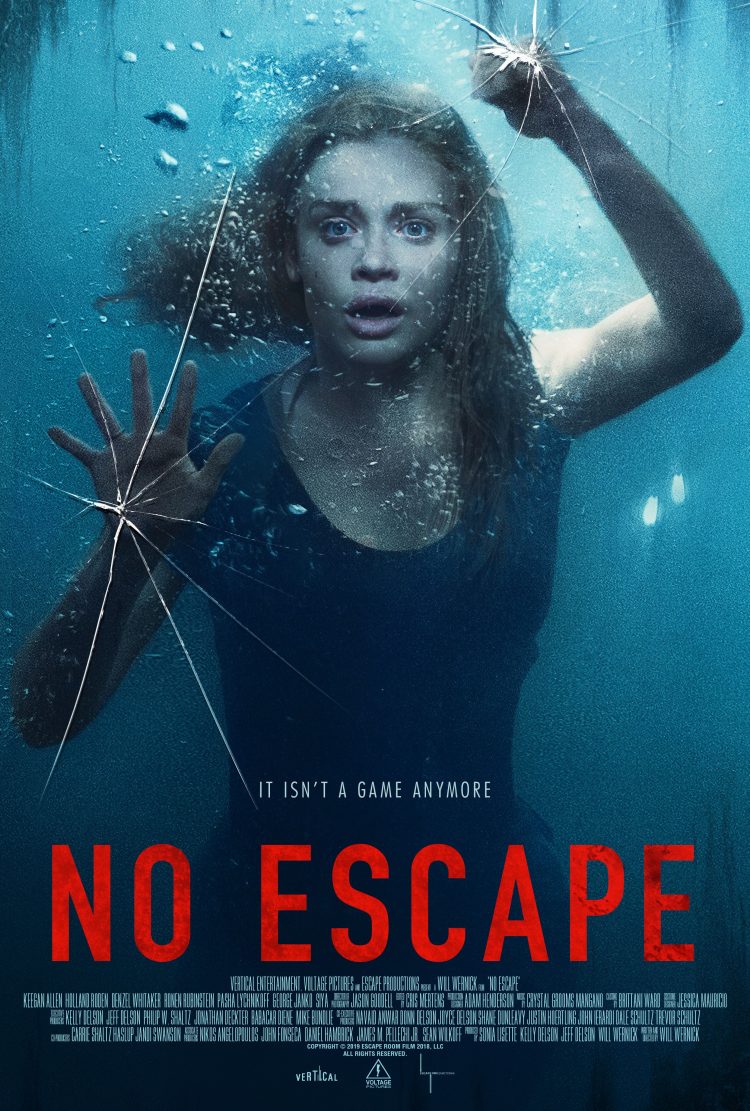 As the year 2020 trudges on in the midst of a global pandemic, it’s a miracle that new films are being released at all. Although it seems like a good time for VOD to be booming, it’s a weird time for distribution without the benefit of traditional film festivals to get the word out on upcoming features. While I’ve seen a lot of good films hit VOD lately, there’s also been a slew of less than stellar offerings. Without the gatekeeping of the festival circuit to help guide wayward horror fans towards the good stuff, we at FEAR FOREVER are still committed to seeking out the good, the bad, and everything in between for our loyal readers. When I received my copy of NO ESCAPE from Vertical Entertainment, it looked like it could be a sleeper that went unnoticed during the time of Covid-19. I’m saddened to say that this particular film falls into the “less than stellar” category for this writer.

NO ESCAPE follows a social media sensation named Cole (Keegan Allen) who has been engaging in a series of risky behaviors in order to grow his following. Cole is the worst of these “internet sensations” with a penchant for being stupid. He’s an annoying and unlikeable protagonist, which is the first problem with the film right out of the gate. He’s loud, obnoxious, and entitled. It’s semi-apparent early on that his on-camera persona is different from the real guy. I believe that it’s supposed to be a commentary on the price of fame, and to give Cole a little more depth as a brooding artist. He’s not though. I know that this was the intent, but as the plot escalates, he reverts back to being a selfish entitled asshole.

Cole is headed to Moscow to engage in his latest risky endeavor. His buddy Dash (George Janko) has set up an escape room experience unlike any other. Dash is friends with Alexei (Ronen Rubinstein), an uber rich Russian socialite that seems connected to all the right (and wrong) people. Alexei is rich and powerful and promises an unforgettable experience. He’s also really shady and designer clothes dripping sleazeball. In addition to Cole and Dash, Cole’s girlfriend Erin (Holland Roden), best friend Thomas (Denzel Whitaker) and acquaintance Maya (Tia Valentine) have all agreed to do this extreme escape room together. Cole is always looking for the next big thing, and dares his viewers to find something that will scare him. Maybe this is the thing. Especially since this escape room is allegedly tailored to Cole specifically.

Upon their arrival in Moscow, the group manages to get in trouble at the airport before they’ve even made it into Moscow proper. Luckily Alexei shows up and the police back down immediately. This illustrates both Cole and his crew as shitty American tourists, as well as Alexei’s power to make things happen. The police are frankly scared of him, so who knows what type of stuff he’s into. Alexei takes Cole and company to a posh Russian night club, where it doesn’t take long for the gang to get into trouble with some very sketchy Russian mob looking characters, that even Alexei seems scared of. Not a good start to the trip, especially since the mafia types threaten the entire group.

The next day, Alexei brings everyone to the escape room that looks more like an abandoned warehouse than a fun house. He tells them that “as real as everything may seem, you are safe”. An ominous warning that our protagonists would do well to remember especially considering what challenges lie ahead. Of course, no one bats an eye at this warning and the gang heads inside.

Everyone is separated and placed into what looks like a prison with a large timer counting down on the wall. Cole is the only one not strapped into some sort of archaic torture device, and he begins to solve his first puzzle. A naked man lies on a slab with an X on his stomach. Cole wastes no time at all gutting this corpse and getting the key from within the man’s bowels with the glee of an 8 year old unwrapping a Christmas present. The funny thing is that Cole doesn’t seem at all bothered by any of this. It isn’t until he sees all of his friends strapped into their respective devices that he begins to panic. This is where the real meat & potatoes of this film lies. Once we get to the actual escape room, things start to get a little gory and fun for the viewers. It will be IMPOSSIBLE not to make comparisons to other (better) films this one is mimicking. NO ESCAPE is some kind of mutant love child where SAW meets HOSTEL meets THE GAME, but without the excitement of those solo offerings. Whatever images just popped into your head from that description are most likely 99% accurate as to what you will be seeing in the film. When I say closely related, I mean CLOSE! However, further description of the events that take place would ruin any and all enjoyment you might experience on this particular journey. So we’ll leave the plot details at that.

NO ESCAPE attempts to outsmart it’s audience, but the ruse wears thin early on. And we’re not really sympathetic to any of the characters, we’re actually sort of rooting for their demise from the get go. As revelations are revealed, and double crosses become triple/quadruple crosses etc, it just makes for a long 91 minutes. That’s not to say that the film is devoid of action or excitement. I admit that I was intrigued by some of the gore gags as well as some of the traps set out for Cole, but that’s about it. I feel the conclusion is telegraphed early on, and never really misdirected me from what I assumed was going to happen. NO ESCAPE boasts a pretty impressive young cast for being on the lower budget side of things, with their talents ranging from PRETTY LITTLE LIARS, TEEN WOLF, 9-1-1: LONE STAR, THE PURGE to name a few. In fact, Holland Roden is even one of the stars of the upcoming ESCAPE ROOM 2 which I found to be a little ironic. NO ESCAPE is not the worst film I’ve seen this year by a long shot, but it’s also not really good enough to be memorable. If you’re hard up for a horror movie selection in the coming weeks you could certainly do worse than NO ESCAPE, but you could also most certainly do better.

NO ESCAPE is currently available on digital and on demand.

“NO ESCAPE is some kind of mutant love child where SAW meets HOSTEL meets THE GAME, but without the excitement of those solo offerings.“ 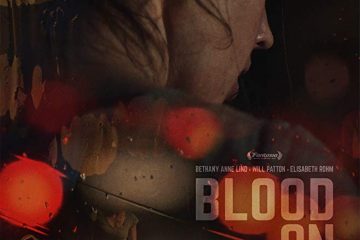