FILM REVIEW: VALERIAN AND THE CITY OF A THOUSAND PLANETS 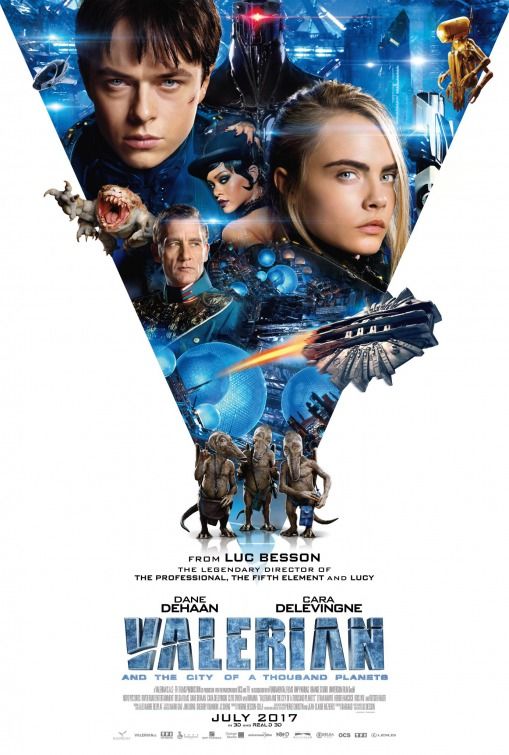 When Luc Besson was making the visionary sci-fi film THE FIFTH ELEMENT, Jean-Claude Mézières, the writer for the French comic book VALERIAN AND LAURELINE, asked him why he wasn’t making Valerian instead. To this question Besson replied “because it is impossible” and you know what? He was right. 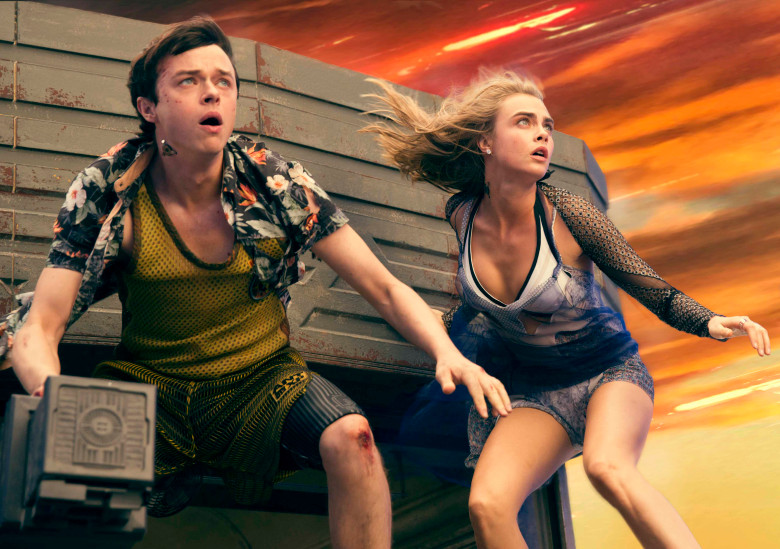 Admittedly, I may have been the wrong film critic to review something like VALERIAN AND THE CITY OF A THOUSAND PLANETS. I’m not particularly interested in sci-fi and even less into romance. This film was over packed with the first and tried it hardest to force us to buy into the second.

The film started out with so much promise. In fact, my favorite part of the film may have been the intro, where Major Tom by David Bowie plays as we are introduced to an endless stream of species and characters that will all make appearances in the next 2 ½ hours. After this scene, it all goes downhill, and fast. 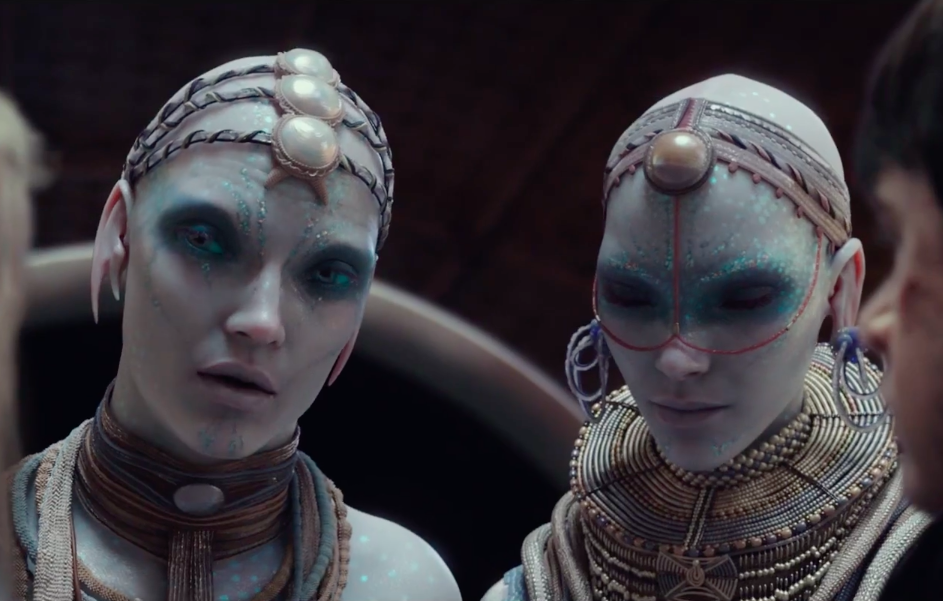 Lets talk about the good: Visually the film is stunning, if not a tad overwhelming at times. I saw the film in 3D, so that could have played into how I felt like it was a stimulus overload.  The film has a total of  2,734 visual effect shots to give you an idea of what you are working with for duration of the film.

There is also the saving grace that is Kris Wu. Though highly underutilized in the film, he is a vision every time he is on screen. When the light hits his face just right, it is absolute magic. The angles and the shadows they cast are so cinematic but at the same time it’s a shame I can really only comment on him visually as they didn’t give him much material to work with. 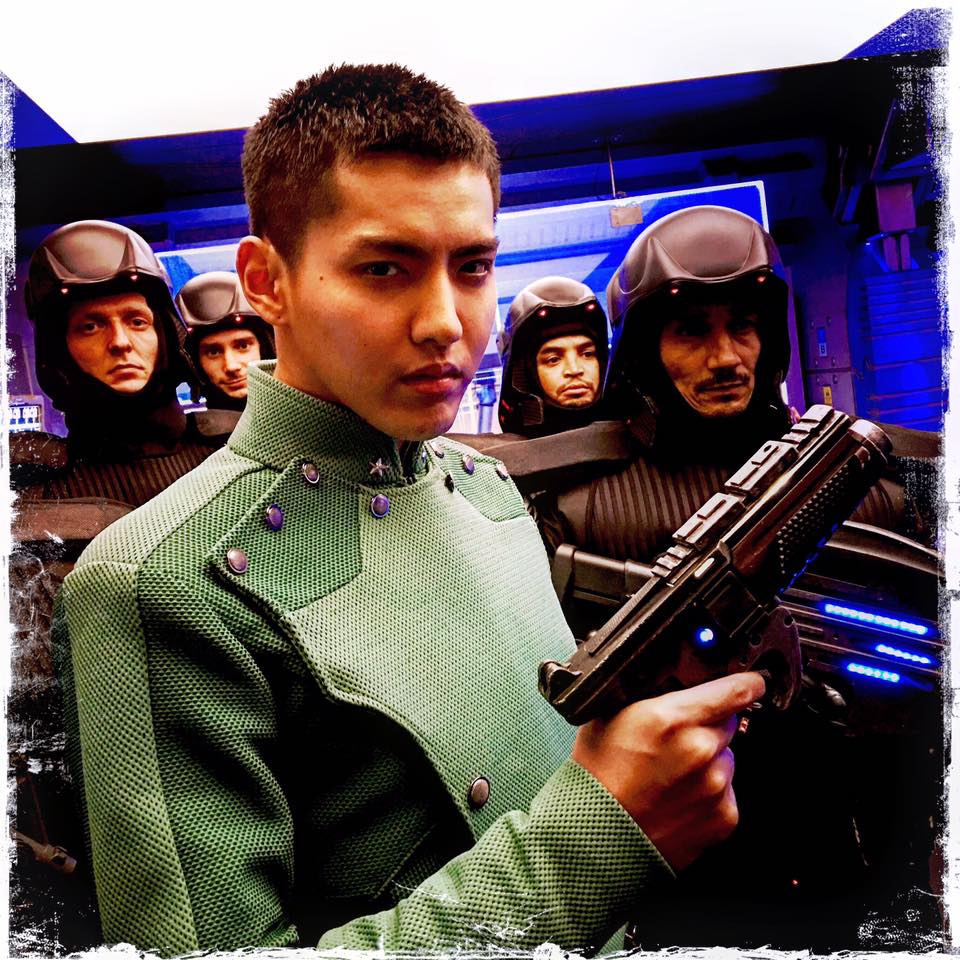 Now, lets talk about the bad.

Lets start with the plot. It is seriously over-complicated and doesn’t make a lick of sense. No audience should have to work that hard to keep track of who is where and why. Especially for twists and turns that are tedious, predictable and overall uninteresting. We have seen these done in every other science fiction film because VATCOATP feels like every single science fiction film ever made compressed into one movement.

Now, the acting.  I wasn’t expecting much from the performances to be honest but even with that it was far worse than I expected.  A film like this is tough to carry for any actor, its basically a handful of humans and 487697697774687696976 monsters and aliens. The majority of the film lies on the young shoulders of Cara Delevingne and Dane Dehaan.  Delevingne has tried her hand at acting a few times now and I for one am still not convinced.  Dehaan is one that is a relatively new face for me but he does a great young Keanu Reeves, though I am not sure that was what he set out to do.  The film calls for a romantic tension between the two that blossoms into full blown love that neither can fight any longer.   This was the least believable part of the performances. These two had zero chemistry and it always felt as if they were a step or two out of sync with each other. If you told me they were supposed to play a brother and sister team I’d buy it, but a couple? Not a chance.

All in all VALERIAN AND THE CITY OF A THOUSAND PLANETS is best summed up as what it feels like to have four cokeheads all talking over each other about STAR WARS, AVATAR,  TRON AND DUNE to the tune of a knock off Jurassic Park theme song interspersed in their chaotic, sweaty rambling and for a very, very long time.

” Though visually stunning, the film is extremely tedious, misguided and poorly executed”

FILM REVIEW: VALERIAN AND THE CITY OF A THOUSAND PLANETS