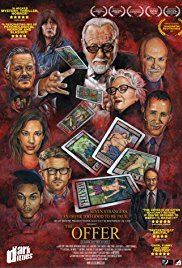 The two companies’ previous works have been non-fiction documentaries about classic horror films such as LEVIATHAN: THE STORY OF HELLRAISER AND HELLBOUND: HELLRAISER II as well as YOU’RE SO COOL BREWSTER! THE STORY OF FRIGHT NIGHT and more. They are also responsible for publishing books on the behind the scenes and cultural contexts of some of our favorite horror cult classics. it is their love for these films and horror in general which makes me really appreciate this endeavor.

THE OFFER has some famous faces you might not recognize simply because when you fell in love with them they were under a huge amount of practical effects. The offer reunites the Cenobites (minus Pinhead) from HELLRAISER and HELLBOUND: HELLRAISER II– Simon Bamford, Nicholas Vince and Barbie Wilde-as well as skinless Frank (Oliver Smith) and Dr Channard (Kenneth Cranham). This alone should be reason to watch this horror anthology series.

The premise for the offer is not new- a group of people are invited to a mansion to play a game for a large sum of money. The old benefactor of the estate tells his guests posthumously through a video that each of the players has some skeletons in their closet related to the 7 deadly sins. Match up the people with the sins and win the game, however it turns deadly when the rules become tell the truth or die violently. Similar to AND THEN THERE WERE NONE, THE OFFER is Agatha Christie, but with chainsaws.

You can tell this black comedy is definitely made for horror fans by horror fans. Not only is it a tribute to murder mysteries it also pays homage to other well-known horror films, I can see obvious influences from SAW, SE7EN and even HOSTEL.

The actors involved all gave strong performances with the characters they were given- credit to Bruce Jones for carrying most of the film along as a brash and vulgar used car salesman. THE OFFER had really good production values which they use every inch of to make this film as sleek as possible—and it worked, the film looks great. The offer got creative with its death scenes and had an absurd but deliciously self-aware twist ending.

You really have to look at THE OFFER as a tongue-in-cheek horror comedy- take it too seriously and you start to see the cracks. With a premise based on the seven deadly sins and needing characters to fit into them we end up with characters who come off as walking clichés. This featurette did its best to subvert these and put a new spin on them however the characterizations were frustrating none the less.  If you can get past this; THE OFFER is a lot of fun.

For a film which was driven so much by character development I couldn’t find myself caring for a single one. Luckily watching them get picked off in interesting ways was be very satisfying. THE OFFER knows none of its characters are worth rallying behind so offers us a voyeuristic look into their grisly comeuppance. 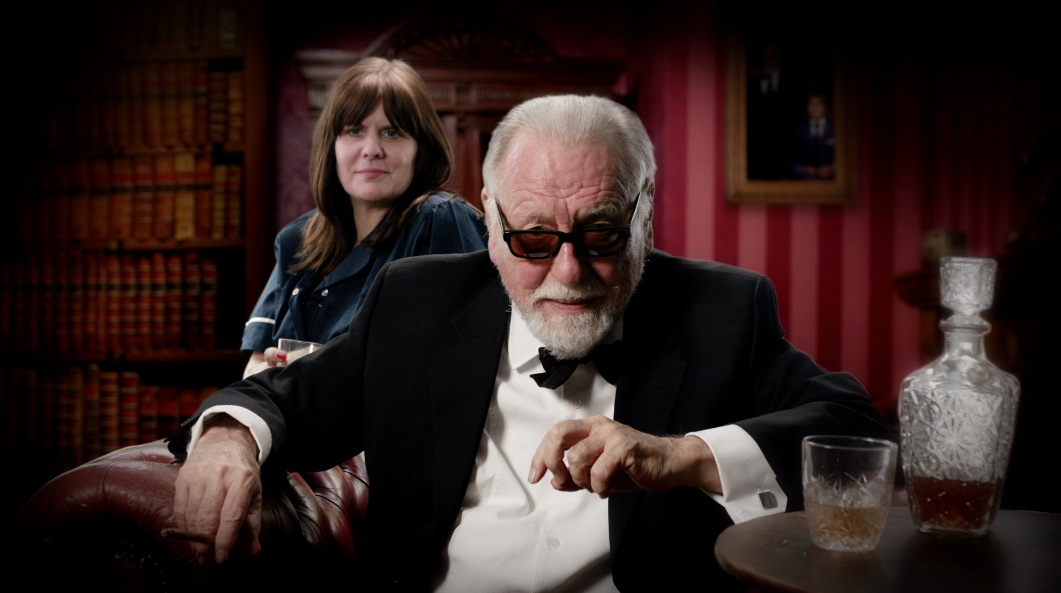 Subverting the classic murder mystery party story and injecting a bit more violence, gore and horror has proved a winning move for THE OFFER- just enough familiarity and just enough new twists to keep you surprised without things turning into a bonkers mess.
THE OFFER is a charming tribute to horror tropes we love and has left me excited for future episodes of Dark Ditties.