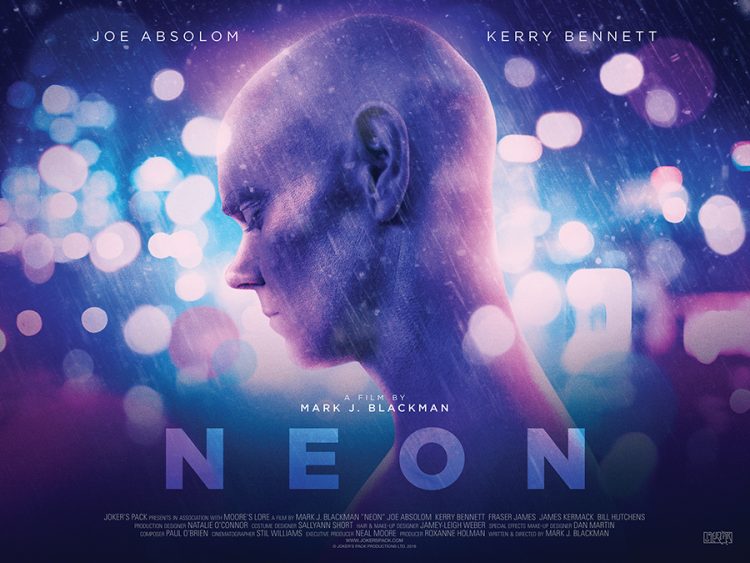 As someone who mostly consumes horror and a touch of sci-fi, I wouldn’t be caught dead watching a romance film. so imagine my astonishment when I was duped into watching a Romeo and Juliet type movie about forbidden love. The love story in question was under the guise of the dark fantasy short that is NEON. Broadening my horizons turned out to be for the best as NEON is a FANTASTIC film!

Written and directed by Mark J. Blackman, NEON tells the story of Elias- a supernatural being demoted to a cupid-like role by omnipresent higher ups that seem to govern human lives. Elias (Joe Absolom) has fallen in love with Mary (Kerry Bennett), who he has been talking to through an online dating service. Tragically, the couple’s relationship is forbidden and Elias takes matters into his own hands.

A phone call between the couple serves as narration throughout the film. It’s through this narrative that Elias explains his past, while Mary struggles to deduce what this means for their future. It is an extremely effective device, propelling the story while drawing you into the characters’ lives and making you care about their relationship. It is a testament to both the writing and the main actors’ performances that, for two people talking so wistfully about love, the expositional dialogue doesn’t come off as sappy, or overly-sentimental drivel.

As the star-crossed couple, Joe Absolom and Kerry Bennett’s performances are sincere and bounce well off of each other. Even as characters who have never met face to face, the chemistry conveyed in their performances is palpable. The supporting cast in NEON also give intriguing performances and make the situation all that more immersive.

NEON is visually captivating and culminates in a dreamlike climax; the score taking over as though we were watching a particularly arresting music video. The electronic score (composed by Paul O’Brien) in NEON is mesmerizing and perfect for the film.

World building is an important part of the fantasy genre and NEON does this expertly. The constant rain, the trench coated stalkers, the titular neon lighting which dominates most of the settings; all these elements come together along with a stirring score to create an enchanting world hiding underneath our normal one. Stylistically, NEON is ultramodern, while also being quite gritty and the epitome of a neo-noir genre film. If NEON was going for an overall appearance that was influenced by BLADE RUNNER then it succeeded exponentially.

Practical effects by Dan Martin (who has worked on many blood-soaked genre films) means NEON has something for horror fans too. From unique body deformities to the spectacular use of a casting mold for a gory sequence, these effects bring out the dark elements of the film while simultaneously adding to the mystical world that is the universe of NEON.

Mark J. Blackman and his company, Joker’s Pack Productions have made some interesting short films that challenge the viewer. This includes a short for the Bloody Disgusting’s World of Death series. Blackman has some promisingly titled feature length projects in development and if NEON is the benchmark for these then I would suggest keeping tabs on their production.

NEON explores themes of heaven and hell, along with redemption and second chances.It uses these themes to ultimately provide us with a love story of fantastical proportions. It has won a slew of awards across the world since premiering at FrightFest in 2016. Luckily for you, NEON is live on its website, https://www.neonshortfilm.co.uk for you to watch and be swept up in its magic.

“NEON is visually captivating and culminates in a dreamlike climax” 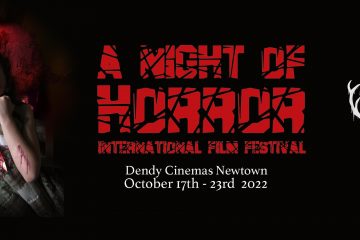