Film fans, and more specifically horror fans, are incredibly rabid when it comes to the films they love and the people who make them. In this age of technology, where celebrities are more accessible than ever before, there is the general consensus that we TRULY know the actors and actresses we watch on the screen.   But, do we really? What we see is still a carefully curated stream of information via Facebook, Twitter, Instagram and the like. What if we could actually walk a day in their shoes? Well, horror fixture SADIE KATZ is letting us do just that.  Sadie is best known for her role as Sally Hillicker in WRONG TURN 6 and more recently as the goddess Ishtar in the remake of the horror classic, BLOOD FEAST. Sadie is not only an actress but a WGA writer and director currently residing in Los Angeles. This two-part piece will show you what a day in her life is like. 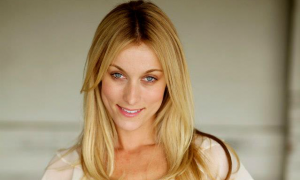 7:27 a.m. – Coffee- black…naturally. The boy doesn’t need a lift to school because he bought a motorbike. I have a sneaking suspicion that this is a way around the whole “I don’t want you riding a motorcycle” thing. So, I’ve got a Brit on a motorcycle, and a son on a motorbike in Los Angeles.  At least the next time I’m asked to cry on cue I’ll have an easy “go-to” to get the tears to fall if killer demons aren’t doing the trick.

8:10 a.m. – I’ve gotta stop reading the news first thing in the morning; it’s a fucking horror show and I start my morning off scared shitless.  Which reminds me I got invited to THE ASYLUM‘S screening of LOCKED UP by JARED COHN!  I’m making myself a promise to start supporting other people in the industry’s films more. It’s always weird though when I show up. I feel a little like I’m at someone else’s prom.  Everyone says you need to “network” but who networks at a prom? I’ve gotta stop over-thinking everything and just eat the popcorn and enjoy the show.

9:30 a.m. – I’m stoked! It’s the offer of a role for a shoot in New Mexico!!! I’m playing a girl stuck in a mental asylum who is being tortured by demons in her head. The writer/director is very cool.  He’s even offered to have me bring the Brit and the Boy along while we shoot.  I don’t normally like to play just victim roles but this one is unique…I can think about that later.

11:00 a.m. – Power Yoga. Sweat. Gag. Sweat. After a hard class I’m very red-faced, not too dissimilar to CARRIE or one of the victims in THE BELKO EXPERIMENT. One of the Manhattan Beach mommies comes up to me and congratulates me on “that thing I did in Vegas”.   She asks me the name of the film…I stutter….”PARTY BUS TO HELL.” She says: “Oh my God, seriously?” I say it’s a horror-comedy and I give this nervous giggle that even I don’t recognize.  She asks if I showed my boobs and funny enough, I am doing just that while I change out of my yoga gear. I drive home all slimy, mad at myself for being an insecure asshole and not being proud of what I’ve worked so hard for. This is right up there with the “Are you like a real actress? What have I seen you in?”  and  “How much money do you make?” responses you get from strangers at parties. It brings me back to the time I was shooting in New York and an Uber driver was taking me over the bridge.  I was so proud to be on a paying job in the city I love.  The Uber driver asks why I’m there.  I tell him that I’m shooting an art film, who I’m working with and how excited I am.  We have a great conversation as the city reveals itself by way of the journey. We reach my destination―one with the familiar white trucks with lights, cameras and other gear being unloaded. My new film family patiently waits as I wrap up my cab trip and talk with the Uber driver who shakes my hand and says “Don’t worry, you’ll make it one day.”

1:00 p.m. – Video audition. I’m a prostitute with a heart of gold. Is there any other kind? I have a feeling that I’m not right for the part―something about the way the words sit in my mouth. I’ll give it my twist. I always feel like I know when a part I’m in the running for is mine, that it speaks to something deep in my core. With the average casting call getting 3000 submission you’re lucky if you get a read, so I have to at least throw my hat in the ring. I’m like a gambler at the table―you can’t win if you don’t play. 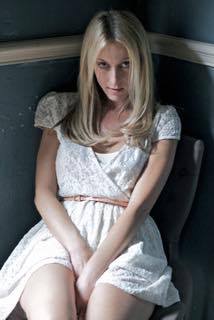 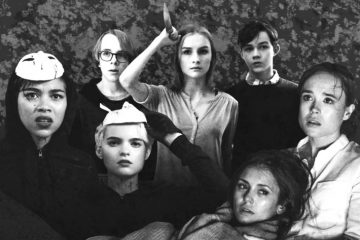