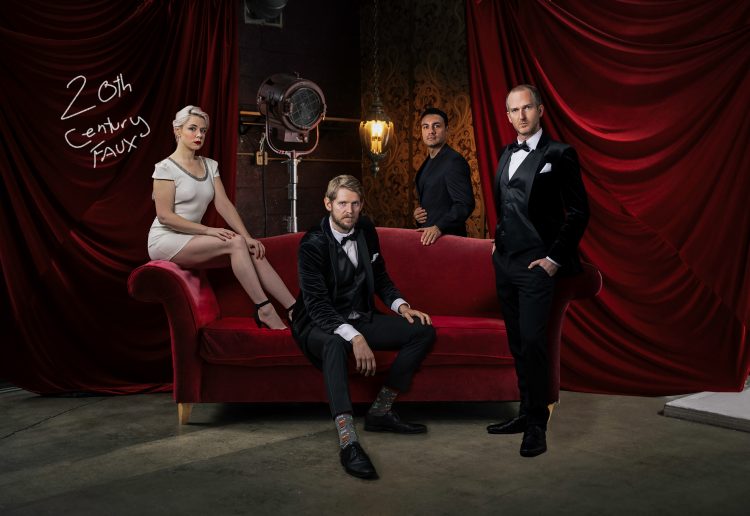 Recently I was given a sneak peek of 20th CENTURY FAUX, the newest short film compilation by filmmakers Will Blank & Jake Bradbury. I admit that I was a newcomer to their work, but from what I’ve seen, it looks like these two have a bright future. FEAR FOREVER was given access to two of the 16 films, skewering millennial cultural in the best of ways. It pains me to admit that I’m on the tail end of being considered a “millennial” and these films are a sharp critique of millenials and the behaviors that they are most known for…or should I say WE are most known for… (womp womp).

According to the press release, Will & Jake “found themselves bogged down in the never-ending development process” which led them to take matters into their own hands. “Their plan was to come up with – and execute – 16 short films that could be conceptualized, written and shot in a single day (one short per day), working with friends, and using whatever resources were available. The result is a series of surprisingly empathetic, funny, and oftentimes absurdist short takes (1-4 minutes) by and about millenials. Distinct themes emerge; one that dominates is the experience of living in a time of dislocated hyper-modernity, and the self-help channels and techniques designed to combat the isolation of living through screens.” I can only comment on the films I was given, and they were both laugh out loud funny, and at moments disturbingly true of our times.

The first short film was called THE PURGE: BLACK FRIDAY, and it takes a slightly more realistic view of the twisted fantasy film series people hold so dear. The brilliant thing about using THE PURGE as a backdrop for a short film, is that the audience is already up to speed on the events taking place. We don’t need a ton of background to understand the environment our characters are working within. The film opens in a wide shot of carnage and fires burning in the distance. We then see a man preparing for the night with his various weapons, as well as a well-tailored clown suit. The music indicates that shit is about to go down…until his cell phone rings. This is where the idea of the purge smashes into the cold hard reality of millennial culture. The guy gets called into work! The conversation that takes place is hysterically funny and unfortunately probably more factual than we would want to believe. It actually reminded me of the scene in OFFICE SPACE, when the boss tells Peter he needs to come in on Saturday. It’s the same kind of phony sympathizing, while also being incredibly condescending. If you’ve seen the movie, you know what I’m talking about. The runtime on this short film is only about a minute, but it gets the point across quite effectively and gave me a few good laughs. The lead actor’s body language says it all. 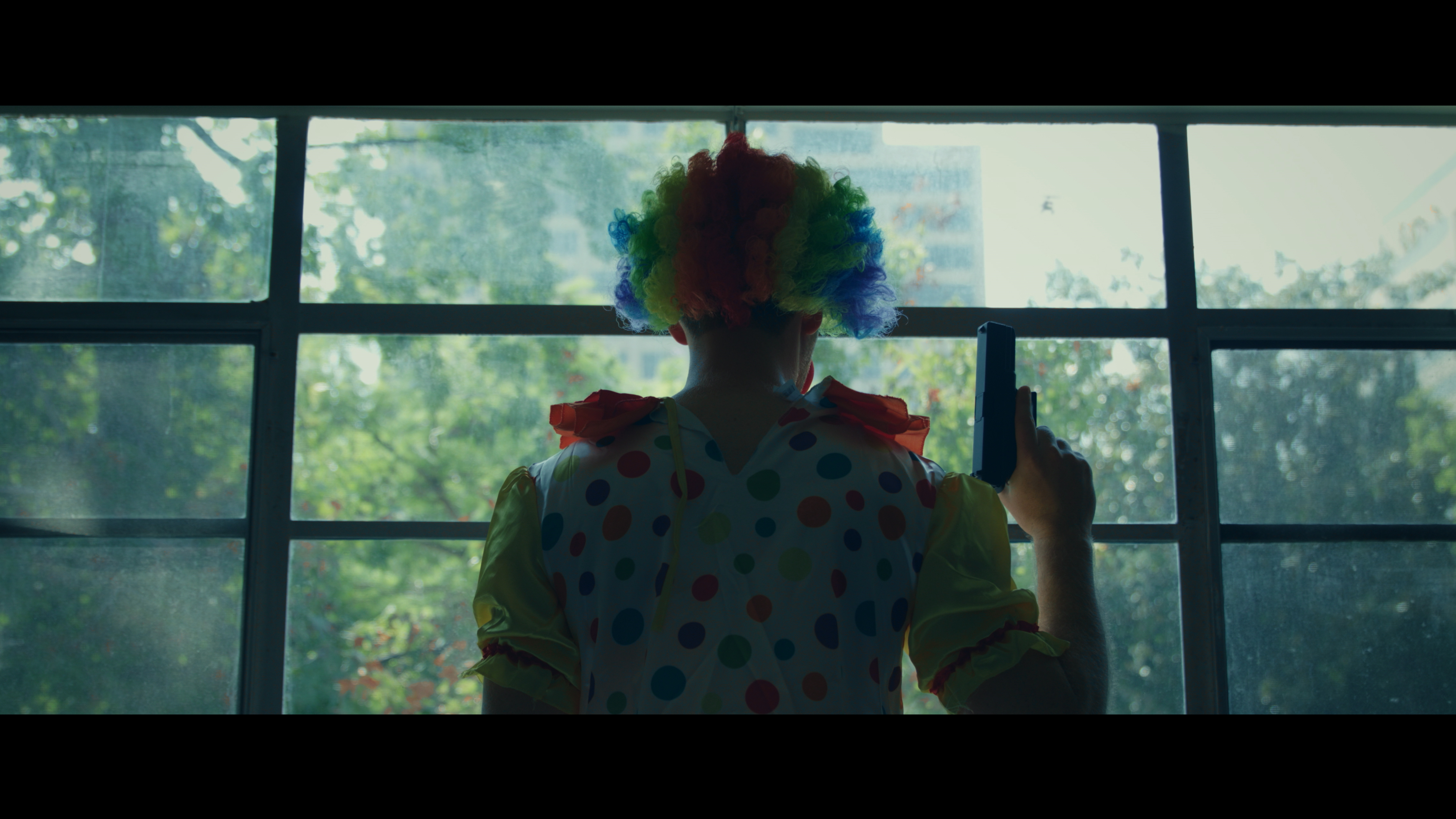 Next up was a short called THE EXORCIST. This film ran a little closer to five minutes, and was a real standout in terms of irony & humor. The film opens like any number of Youtube videos with a charismatic hostess welcoming you to her weekly video. Except something is slightly off from the get-go when the impossibly bubbly host welcomes you to “Sunday Summons w/ Traci”. There’s nothing other than the title to let you know things are askew until Traci lets us know that she’s going to help you to summon one of “her favorite demons”. The film is laugh out loud funny because the idea of summoning a demon in such an atypical Youtube tutorial fashion is sort of brilliant. Traci isn’t evil or goth, she’s just a typical “tastemaker” showing you how it’s done. I say she’s a tastemaker, because during the tutorial she uses all sorts of buzzwords and even uses carefully crafted product placement throughout. Her character actually reminded me of someone you might see on a show like BROAD CITY. She’s cute, funny, and way over the top in her glee describing the steps of summoning this demon…YASSSS! She’s so casual and fun while she shows you how she’s going to use her grandma’s knife to get only three drops of blood, or like…you’ll be stuck in purgatory. Shout out to gram-gram! The actress playing Traci elevates what could easily be an annoying, pandering characterization of a millenial. She sells the character and the plot so perfectly; you almost forget you’re watching a sharp satire of videos that actually exist. I don’t want to give too much away, but the jokes come at a blistering pace, and it’s quite a layered comedy for such a short runtime. 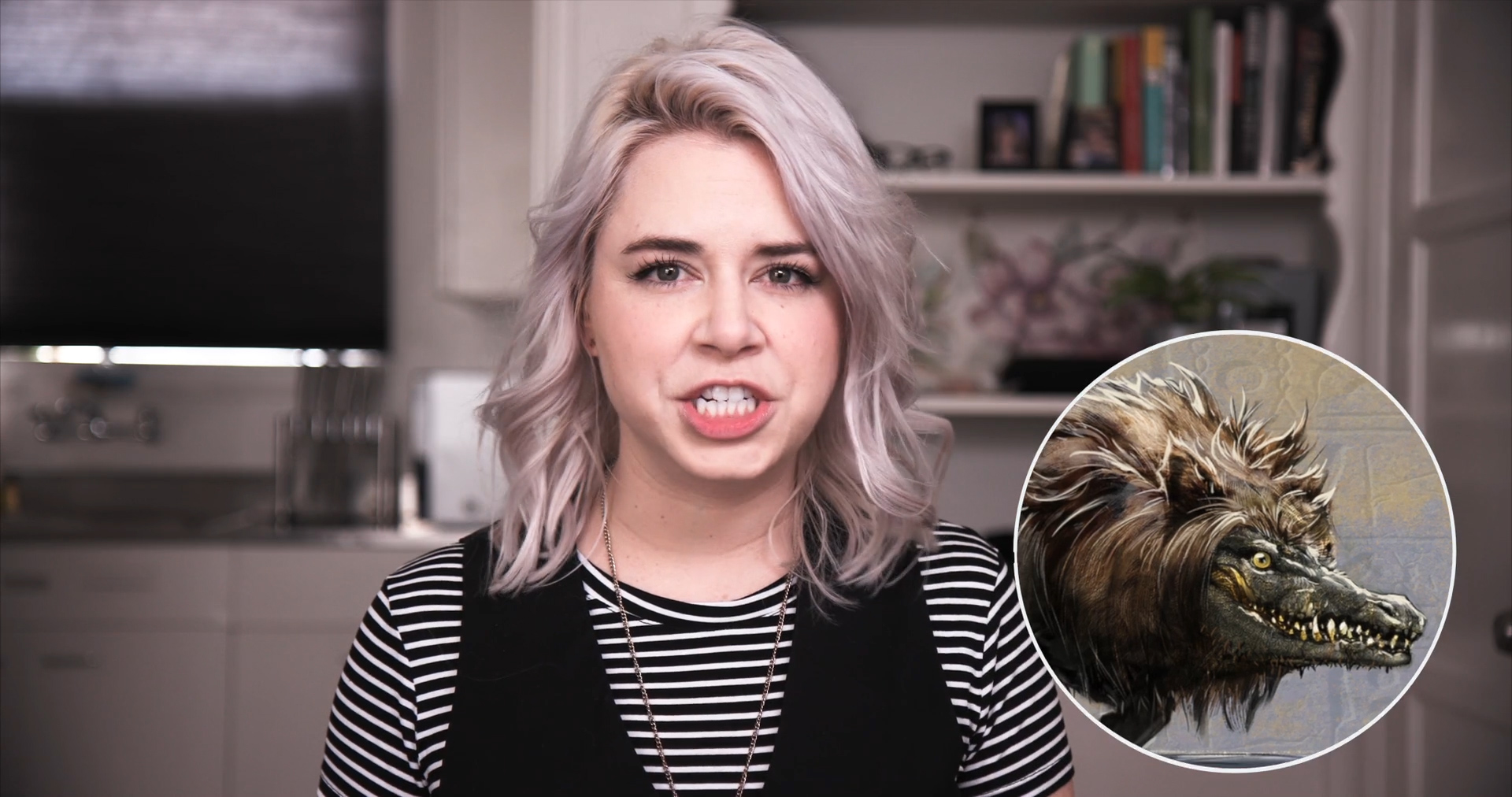 From what I’ve seen, the short film package looks quite promising and I’m excited to see the rest of the films. The 16 films will be released over the course of one month, four films each week, beginning Feb 26, on Facebook, Vimeo, and Youtube. Each week’s drop of new films will be accompanied by a podcast with series creators Will Blank and Jake Bradbury, where they will give insight into the films, their influences and aims, and the production process that went into that week’s films. The podcasts will be available on iTunes.

This score is based solely on the two films Fear Forever was given access to.

“20th Century Faux is laugh out loud funny, and at moments disturbingly true of our times.”