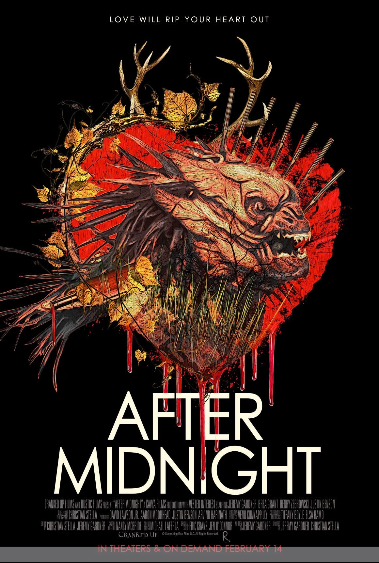 When AFTER MIDNIGHT ends, you cannot help but start a conversation about it. The movie is an automatic spark that entices anyone to chat about its hidden point, and the clear intention of the very weird plot it carries to the end. I guarantee you that conversation will not end with everyone agreeing on the definite theme of the movie:

Is it a romantic movie? You could say that.

Is it a horror movie? I don’t see how it can’t be.

Is It effective? Not for everyone.

AFTER MIDNIGHT tells a very common story. At least at the beginning. A man is left alone to take care of his house when his girlfriend leaves. We don’t know the reason they’ve split. What we do know is that this man is fighting his own battle with alcoholism and something that’s trying to get inside house at night. He blocks the door with a sofa as he shoots the mysterious thing that’s lurking after the sun has set. Through flashbacks we come to understand his imperfect relationship and the probable reasons why they have drawn apart.

How do you put those stories together? Through a fantastically written third act that may surprise everyone not familiar with the story that’s just been told. AFTER MIDNIGHT only works in the subgenre it creates (one very difficult to be adapted elsewhere). There’s a reason why there’s a monster there, and it has to do with this man’s spite. The presentation of characters and the main theme may be too farfetched for those who dare not open their minds to romantic stories told in a setting very different from the one they’re used to. AFTER MIDNIGHT demands that you move out of your comfort zone, and it convinces you to try to enjoy an effective story told through a different method and a lightweight moral code.

The most surprising and important aspect of the movie relies on the capacity of staying in a character driven subtext; there’s even a little of “mumblecore” (or “mumblegore”). The movie is sold as a monster flick (take a look at the poster), but nothing overshadowing the main conflict that’s definitely more interesting. The suffering of this man is visible and almost tangible. We want him to win either by defeating something supernatural, or by being accepted by the girl he hasn’t communicated very well with. AFTER MIDNIGHT also relies heavily on her position as a fundamental pillar of a relationship that’s gone rotten and we don’t know all the reasons. We can’t blame this on either of them. Their re-connection is part of a scheme that holds a supernatural element to it. At the end, this fictitious device is so secondary, that it loses importance.

This is where AFTER MIDNIGHT can be too weird for some. By depending too much on that “apparition” for the movie to actually progress. When the moment finally happens, the shock is instant and the effect is undeniable. Yes, there is a monster, and yes, something happens with it. The final relief comes when the movie doesn’t deny what it actually is by throwing us some “it was all in their imagination” crap.

Is it a horror movie? Hell yeah!

It is a romantic movie? Absolutely!

Is it worth your time? If you can open your mind to the twisted side of the romance-horror subgenre not often used in the industry, then of course!

“AFTER MIDNIGHT is about the trauma of broken relationships with a twist.“ 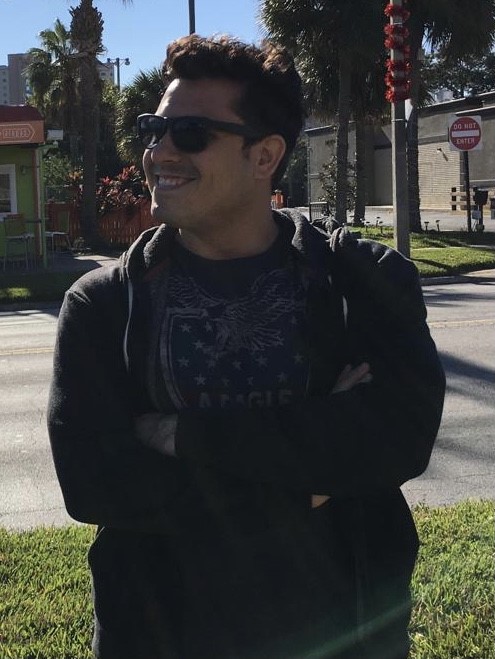 Federico has been a film critic for a little over 10 years. He's part of the Online Film Critics Society and a Rotten Tomatoes Certified Critic. A full time dog dad living in Argentina (for now) who's always on the lookout for horror films.