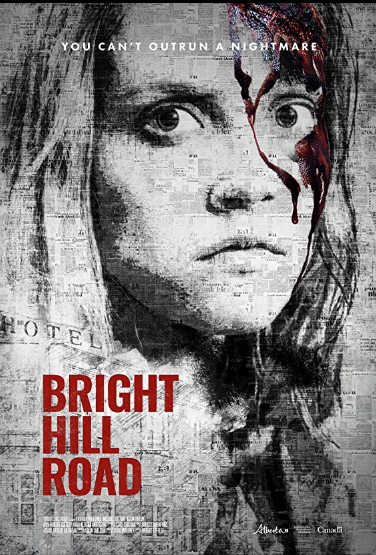 BRIGHT HILL ROAD is a road-side motel supernatural thriller from director Robert Cuffley and writer Susie Moloney. The setting in this little Canadian film is not quite the Bates Motel, although it does have some creepy medical textbooks in the reading room and a dark, spooky basement.

When Marcy fires an employee, he goes on a shooting spree leaving her as one of the only survivors. To cope with the guilt, she descends into depression and alcoholism. On a trip to see her sister, Marcy stops at Bright Hill Road Boarding House- but a supernatural force will not let her leave until she deals with the demons of her past.

If time travel and non linear plots are your thing, you’ll probably like the film. BRIGHT HILL ROAD uses the classic time loop narrative structure, which filmmakers can still use effectively with a bit of creativity- even though it has been done, dare I say it, over and over again. But I don’t think BRIGHT HILL ROAD quite has enough going for it to stop it sinking into the myriad of films using the same concept. The film becomes quite tedious rather quickly; time loops are by definition, repetitive. If there isn’t enough happening in the film to differentiate its numerous plot reiterations, then the trope can be detrimental to a movie. A serial killer subplot is introduced, but it isn’t enough to drum up the suspense factor.

I think BRIGHT HILL ROAD has a well written story for a film about the ghosts that haunt us from the inside, but I’m torn on the film’s depiction of alcoholism. It started semi-believable: the drinking on the job, the pouring of bottles down the sink, only to give in and buy more. But later, it became so cliched (the film made sure she wears sunglasses to work so we really know she is hungover) that some could see it as harmful and dehumanizing to those struggling with addiction. Multiple scenes of Marcy drinking and slurring in her hotel room, arguing with imaginary people and stumbling all over the place paints a somewhat superficial picture of the illness. But hey, it does manage to make a bottle of wine slightly menacing.

Agam Darshi (SANCTUARY, THE MAGICIANS) and Michael Eklund (VAN HELSING, BATES MOTEL) make up the other residents and with Siobhan Williams (the short-lived DEADLY CLASS) as Marcy, carrying the film on her shoulders. I did like their performances, but felt they were undercut by just how unlikable their characters are.

The film suffers from other things; the ending will be quite predictable for the seasoned movie watcher and negates a lot of the film. The mass shooting realism makes for a tense and emotional beginning, but this fades as the stakes get lower and lower until it ultimately peters out. It won’t floor you, but it is not a waste of time- if you like ambient ghost stories, BRIGHT HILL ROAD a decent way to spend an hour and a half.

Despite its problems with pacing and the smaller gripes I have with it, I didn’t hate the movie as a whole. It’s well made technically and well acted, it’s just missing that special something.

BRIGHT HILL ROAD is out now on VOD.

“BRIGHT HILL ROAD is a well written story about the ghosts that haunt us from the inside.” 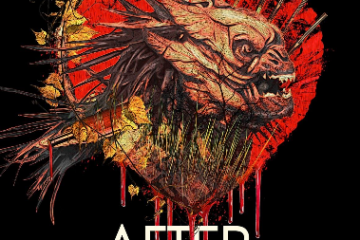