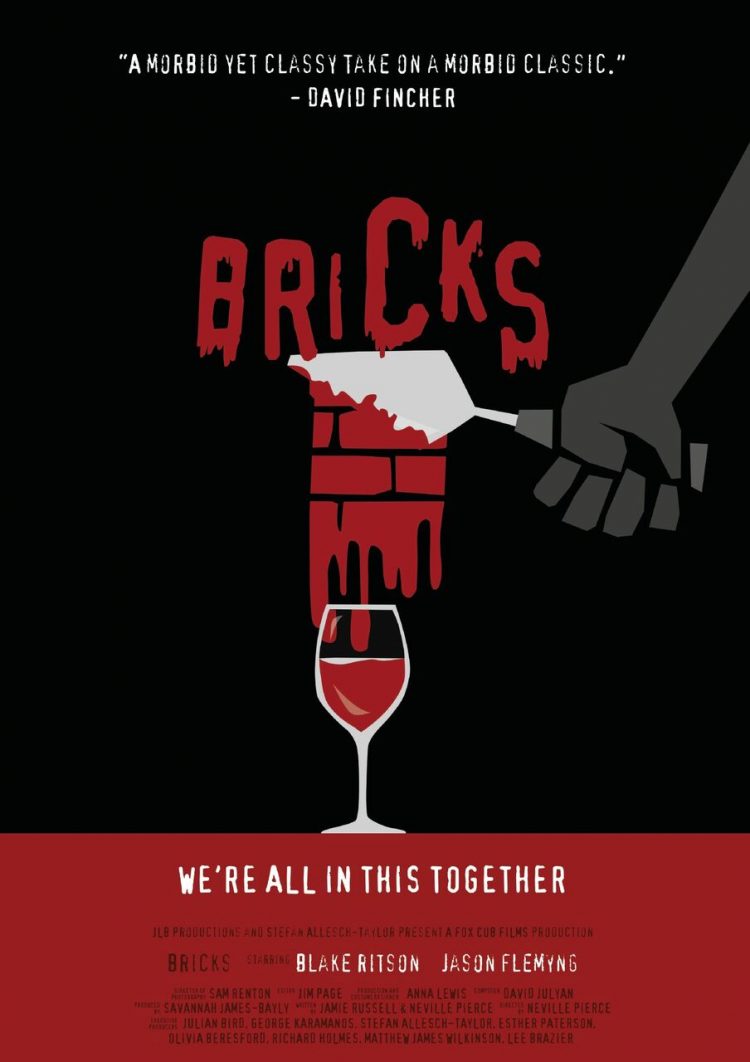 Our third and final review of Neville Pierce’s short films block is for his gothic-horror tale BRICKS. Our other reviews of Pierces’s short films can be found here and here. BRICKS is a modern twist on a classic Edgar Allan Poe tale. It’s actually one of my favorite Poe stories, and Pierce’s version does not disappoint. In fact, BRICKS actually got the attention of A-list director David Fincher, who called this film a “classy take on a morbid classic”.  The praise is well deserved.

BRICKS starts off with a blue-collar brick mason named Clive (Jason Flemyng) working on a rich guys wine cellar. The rich guy, named William (Blake Ritson), seems very intrigued with the work that Clive is doing. As William goes off on long diatribes about how much this cellar is costing him, Clive grows more and more irritated. It’s not so much irritation as it is a smug, jealous tone. William throws his white-collar arrogance in Clive’s face, while Clive shoves his blue-collar craftsmanship and knowledge in William’s face. It’s a humorous tit for tat, until it isn’t. 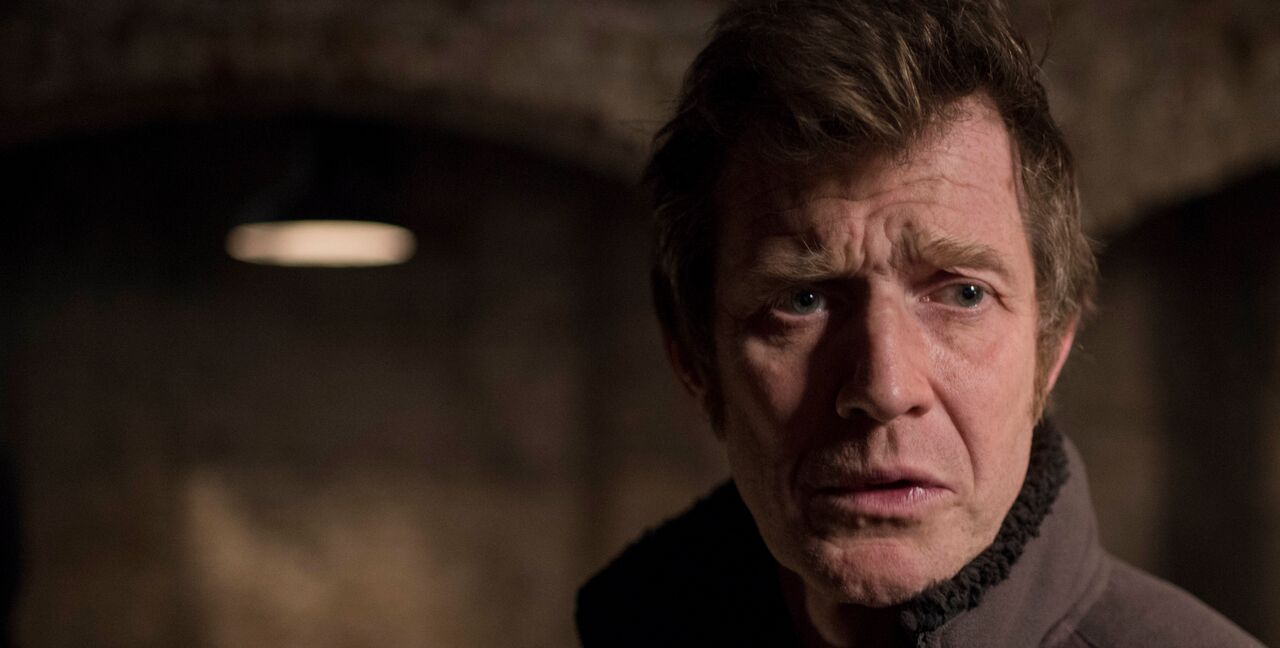 William starts to almost instigate the tension due to the fact that he will simply not stop talking about his insanely expensive wine cellar. He starts to make Clive feel small by asking him about wine, and making a crack about his pronunciation of the word “Rioja” all while opening a bottle from the early 1900’s. As the men contemptuously share the bottle of expensive vino, the conversation starts to get a little dark.  It appears that Clive and some of the other men, who’ve been working on the cellar, have been bad-mouthing William behind his back. This gentleman doesn’t like being spoken of poorly, and he demands satisfaction! 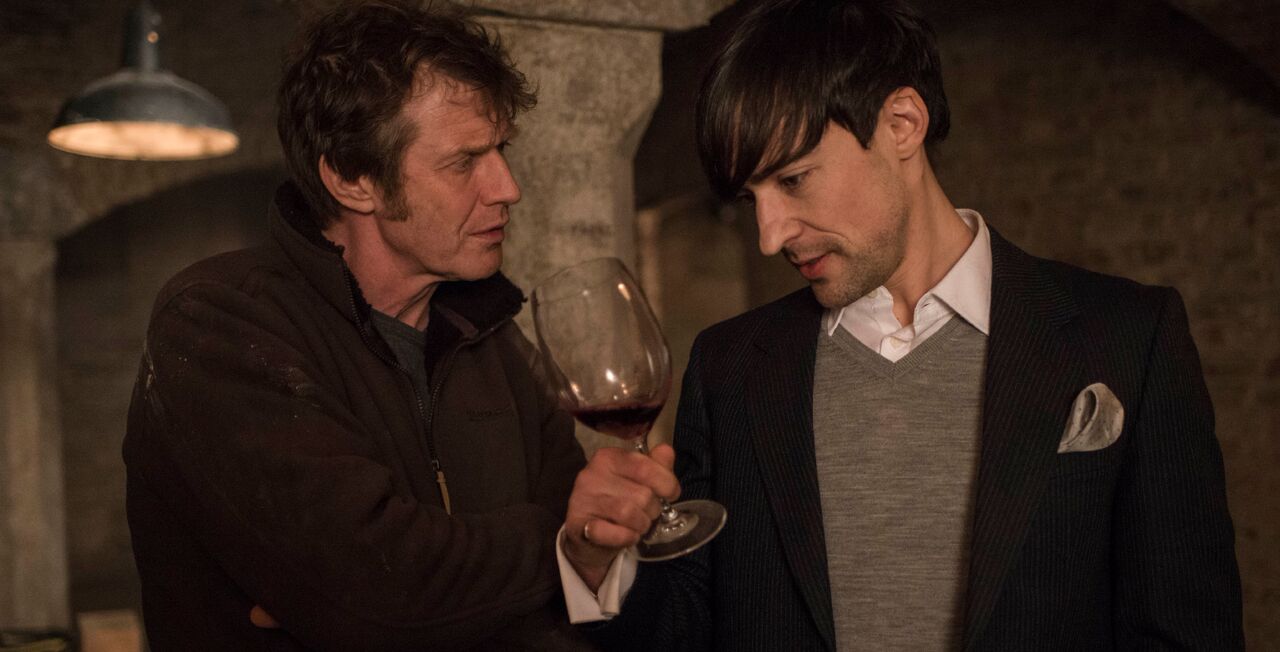 BRICKS is pretty a pretty straightforward adaptation of Poe’s classic A Cask of Amontillado. If you’re familiar with this tale, you’ll start the see the sinister set-up early on. It doesn’t detract from the enjoyment, and it does have some modern twists on the old classic. Pierce does an excellent job of directing the two-man show, and it doesn’t hurt that he yet again uses well-established actors for the task. It seems that Pierce and Flemyng have a great working chemistry, which is apparent in both of the shorts they’ve worked on. I hope they continue to work together and hopefully there will be a feature collaboration somewhere down the line.

All of these shorts are currently available on Vimeo here, and they’re well worth watching. Neville Pierce clearly has a lot of talent, and a lot of great actors itching to work with him. It doesn’t hurt your case when David Fincher signs off on your work either. Hopefully Pierce can use these shorts as a calling card to further his career as a feature filmmaker. Time will tell, and I’ll be waiting to see what he does next.

“A modern twist on a classic Edgar Allan Poe tale”