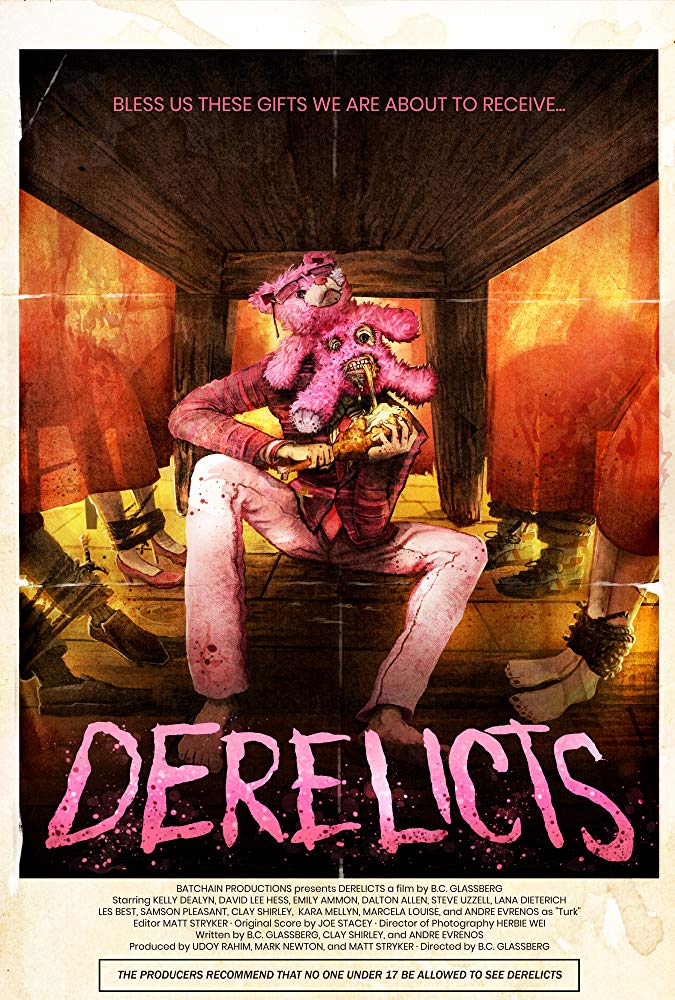 The Philadelphia Unnamed Film Festival, or PUFF as it’s affectionately called, has wasted no time making a name for itself in its brief three years in existence. PUFF is the brainchild of a few well-established genre journalists, and it’s clear that they love what they do. The small festival always puts together an impressive catalogue of films, and 2018 is no exception. The festival kicked off its third year this past weekend, and brought some good titles along for the ride.

While speaking to one of the programmers about my first writing assignment for the fest, I was asked “do you want something straightforward, or do you want something EXTREME?” If you know me at all, the answer will always be “EXTREME”. I pride myself on my large collection of unmentionable films, and I consider myself to be pretty friggin’ hard to offend. The film that was sent my way was the 2017 home-invasion thriller DERELICTS. While I wasn’t as offended as I’d hoped to be (a nearly impossible task), I can safely say that DERELICTS is not for the faint of heart, or the easily offended. 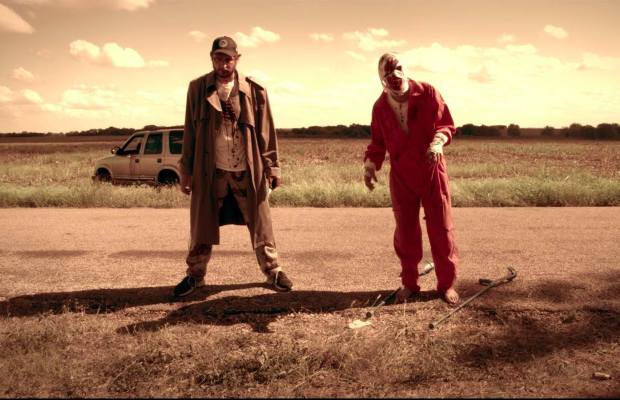 DERELICTS isn’t reinventing the wheel, or even attempting to do so. It’s a straightforward home invasion flick, but it’s the character arcs that separate it from the pack. The film opens with a father/son duo traveling to a relative’s house for Thanksgiving. Along the way, they see a homeless man begging for some change. Feeling the holiday spirit, the father stops to give the man a hundred dollar bill. While this act of generosity is playing out, a masked lunatic sneaks up on the other side of the vehicle, killing both passengers. If you think that’s a spoiler, I don’t even think the opening credits have rolled yet!

With a newly acquired vehicle, the derelicts pick up the rest of the clan and head to that same Thanksgiving dinner. DERELICTS takes its cues from many films that have come before it. Most notably the films in the TEXAS CHAINSAW MASSACRE cannon, and a healthy dose THE DEVIL’S REJECTS thrown in for good measure. If you could extend that dinner scene from the original TCM to near feature length, you’d have something close to what you will see in DERELICTS. It’s an exercise in pushing an audience to its boundaries of indecency, while asking a lot in terms of the audience’s patience. During this opening sequence the gang of misfit derelicts even look like some kind of inbred mixture of the Sawyer/Firefly family’s from the aforementioned films. It’s clear that director Brett Glassberg is wearing his influences on his sleeve, and mind you these are not bad influences. 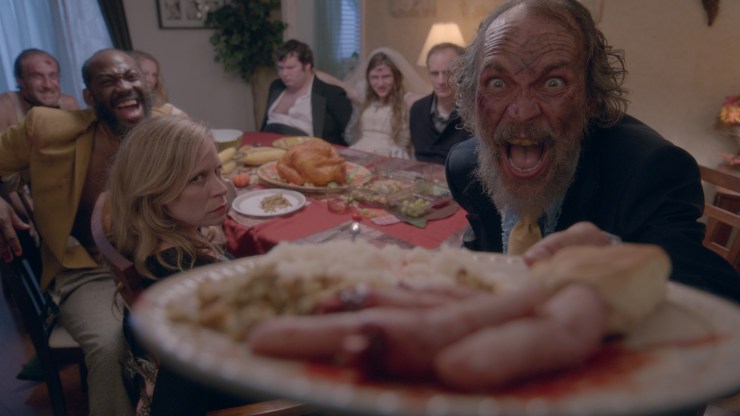 The family hosting the holiday festivities led by Constance and Gregg (Kelly Dealyn & David Lee Hess respectively) are already experiencing it’s own set of problems before the mayhem even really begins. Constance and Gregg are in a strained sex-less relationship, while grandpa is getting his groove on loudly in the next room, and both of Constance’s kids would rather be elsewhere. Everyone would rather be elsewhere when that fateful knock hits the door.

The derelicts invade this families already strained dinner and force them through all manner of nastiness for their own amusement. My main complaint is that not much new is offered up in terms of the abuse the family suffers. In my opinion it’s all been seen before, and just pushes the family for hollow thrills. What sets DERELICTS aside from the pack are the choices our protagonists make throughout the ordeal. And honestly, some of the choices shocked me for better or worse. I don’t want to reveal any of these twists, as it’s really the only thing that kept me engaged. As stated above, the characters of the DERELICTS clan are all highly derivative of films that have come before. I did, however, enjoy the maniac of maniacs known as Turk (Andre Evrenos). Every clan has their wild card, and Turk is the wild card in this derelict family. He wears a mask fashioned out of a pink stuffed animal, and acts like a feral cat attacking anything in sight. He reminded me of a deranged version of Dumb Donald from FAT ALBERT. I found myself trying to get to the bottom of his type of psychosis, but no explanation was offered and probably would’ve cheapened his character anyway. 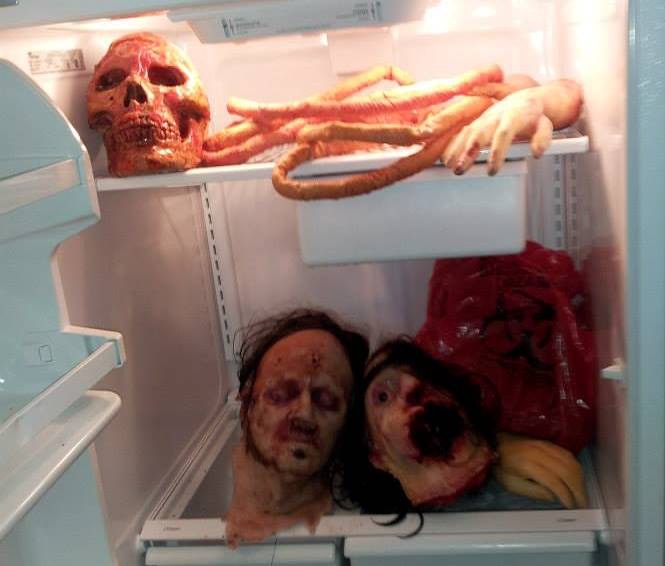 DERELICTS is not for the casual viewer, and even for those that enjoy a good home invasion flick, this one is a stretch. It’s decently entertaining, and has a definitive mean streak running the length of the film. Clocking in at a lean 70 minutes, the film still felt a little long for this writer, and I had hoped for a little more substance in a sub-genre that seldom provides much to begin with. I could see how this could become a cult-like film if the characters were expanded upon ever so slightly… But unless you’re an uber-fan of the TCM/ Rob Zombie universes, I’d say look for your home invasion thrills elsewhere.

You can catch DERELICTS at PUFF tonight at 11pm!

“DERELICTS is not for the faint of heart, or the easily offended.”