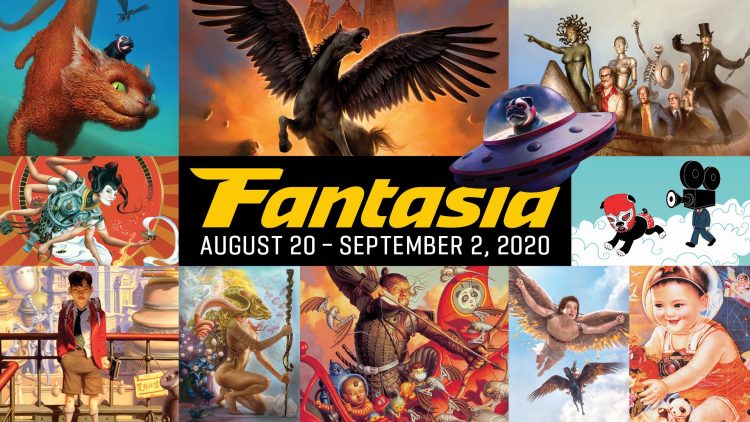 The more things change, the more they stay the same. Although nothing is normal in the age of Covid-19, at least one thing is persevering…The 2020 Fantasia International Film Festival is still taking place from August 20th through September 2nd. Like nearly every other North American film festival, Fantasia will be happening, albei a virtual format this year. According to the press materials I’ve received, it appears that some films will be available in a VOD format and others will be shown at a specific date and time to give a more communal feel. There will even be a virtual press lounge where members of the media will be able to congregate and discuss this year’s offerings. Even though I’ll miss sharing a lager with my media brothers and sisters in person, at least there will still be a place for us to share our thoughts and discuss what we’ve all experienced. And since, in my opinion, Fantasia is the premiere genre fest on planet earth, there will be no shortage of stellar offerings this year as there has been in years past.

Every year, we at FEAR FOREVER like to highlight the five films we’re most looking forward to. This year is no different and it looks like the hits keep on coming. So bust out your popcorn, sno-caps, or kale chips if you’re one of the few in quarantine watching your weight, and let the festivities commence. We had an extremely difficult time narrowing down our top five this year, but here goes.

We are beyond excited to see the always impressive Angela Bettis return to horror after a few successful collaborations with Lucky McKee(MAY, ROMAN), with what looks to be a horrific and humorous venture into the world of organ trafficking. Bettis plays a drug-addicted hospital worker who turns to harvesting human organs to support her habit. While some of her “donors” look a little closer to death than others, she’ll do whatever it takes to keep the fix coming. Of course, over the course of this particular shift, things appear to take a turn for the worst. Multi-hyphenate Brea Grant pulls double duty on this feature serving as both writer and director. This is shaping up to be a breakout year for her as she is also the writer and star of another Fantasia selection LUCKY.

THE DARK & THE WICKED (International Premiere)

We are also beyond thrilled to see Bryan Bertino (THE STRANGERS, THE MONSTER) return to the director’s chair for this year’s THE DARK & THE WICKED. This time Bertino trades in the home invasion sub-genre for the isolated darkness of a secluded farm. As an elderly man’s two adult children put their lives on hold to help the old man, it seems that there is an evil force taking over the farm. We’re as curious as you are with regard to what exactly that means. Filmed on Bertino’s actual family farm, there’s a good reason this one is on the top of our list. If the director’s pedigree isn’t enough to convince you, the Fantasia programmers are on record stating it’s “one of the most unsettling films we’ve seen this year”. We’re expecting this one to haunt our dreams much like THE STRANGERS did in 2008. Unfortunately, at the time of writing this there was no trailer available.

FOR THE SAKE OF VICIOUS (World Premiere)

The description on IMDB pretty much says it all in one sentence “An innocent nurse, a tortured maniac and a suspicious hostage face off against a wave of violent intruders as they descend upon their place of refuge on Halloween night”. I can tell you from the trailer, that this film looks like an absolute BANGER! The thrills seem to come at a (pardon the expression) fast & furious pace with on-screen violence at level 10. Although perhaps not a straight up & down horror film, FOR THE SAKE OF VICIOUS looks like a welcome addition to the home invasion sub-genre with plenty of carnage to keep those of us seeking a little gore satiated for now.

This film hailing from South Africa looks almost beyond description. Honestly, the trailer looked like something out of the Panos Cosmatos playbook a la BEYOND THE BLACK RAINBOW. High praise considering this is director Ryan Kruger’s debut feature. Barry is a drug addict, a bad father, and just maybe an alien abductee. Once this force has taken control of his body, it’s a non-stop ride of sex, drugs, carnage, and chainsaws. Watch the trailer for yourself and see if this film doesn’t look like a neon-soaked barrage of violence, an homage to the 80’s while still looking fiercely modern. To quote the late great Hunter S. Thompson buy the ticket, take the ride. The trailer alone gave us bad acid flashbacks!

Rounding out our top five is the absurdist horror-comedy SLAXX. The trailer looks like a cross between other absurdist inanimate-objects-gone-psycho offerings like IN FABRIC and RUBBER. Both films are unbelievably absurd, but also absurdly genius with their unique angles on social commentary. So yes, a company perfects a pair of pants that form fits to anyone’s individual body type…but they also seem to have a penchant for dismembering some unlucky consumers. As the unlucky sales staff goes on lock-down before unleashing these pants onto the unsuspecting public, will these retail clerks be able to stop the blood-shed before it’s too late? Humorous? Check! Gory? Also check! Biting social satire on the state of modern fashion? Check mate!

As stated earlier, this year it was exceedingly difficult to narrow down our top films. We urge you all to take a good hard look at this year’s program as there is surely something for all tastes. In addition to all these wonderful film premieres, this year Fantasia will also be honoring genre titans John Carpenter, and Brazilian filmmaker Jose Mojica Marins (affectionately known as Coffin Joe). Carpenter will be receiving a much deserved lifetime achievement award, and Marins will have several of his films shown in a posthumous retrospective, including a live conversation with one his longtime friends and collaborators Dennison Ramalho.

While Coronavirus has slowed down most of our lives to a crawl, it seems that the beast that is Fantasia will move forward full steam ahead. Every year seems to showcase the best our genre has to offer, and quarantine or not, the show must go on. Our only regret is that we can’t be there in person. So from August 20th through September 2nd, forget whatever TIGER KING junk you’ve been binge watching and support genre cinema. To quote John Waters “Get more out of life, see a F***ed up movie”. We couldn’t agree more! 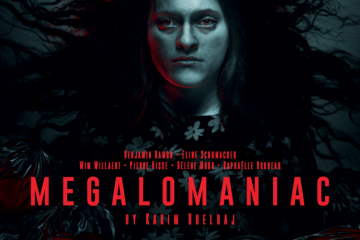