It’s that magical time of year again, and no, I’m not talking about Christmas. Instead I’m referring to spring time in the Rockies. It’s time for sunshine, long hikes in the mountains, and a little “holiday” celebrated on April 20th. That’s right folks… 4/20! Being a Denver (where weed has been legalized for recreational use since 2012)based journalist, 4/20 holds a bit more significance for us than most. It’s that time of year where the weed flows like wine, and the stoners instinctively flock like the salmon of Capistrano (to misquote DUMB & DUMBER). It’s an interesting time to be alive with the legalization of Marijuana slowly moving across North America. So, it was with pretty impeccable timing that I received my screener for HIGH ON THE HOG (HOTH) just ahead of its April 19th release. I was excited to see what was in store for me, and full disclosure, I was in the appropriate headspace to view such a film. Unfortunately, no amount of herbal refreshments could help with this hot mess of a film. 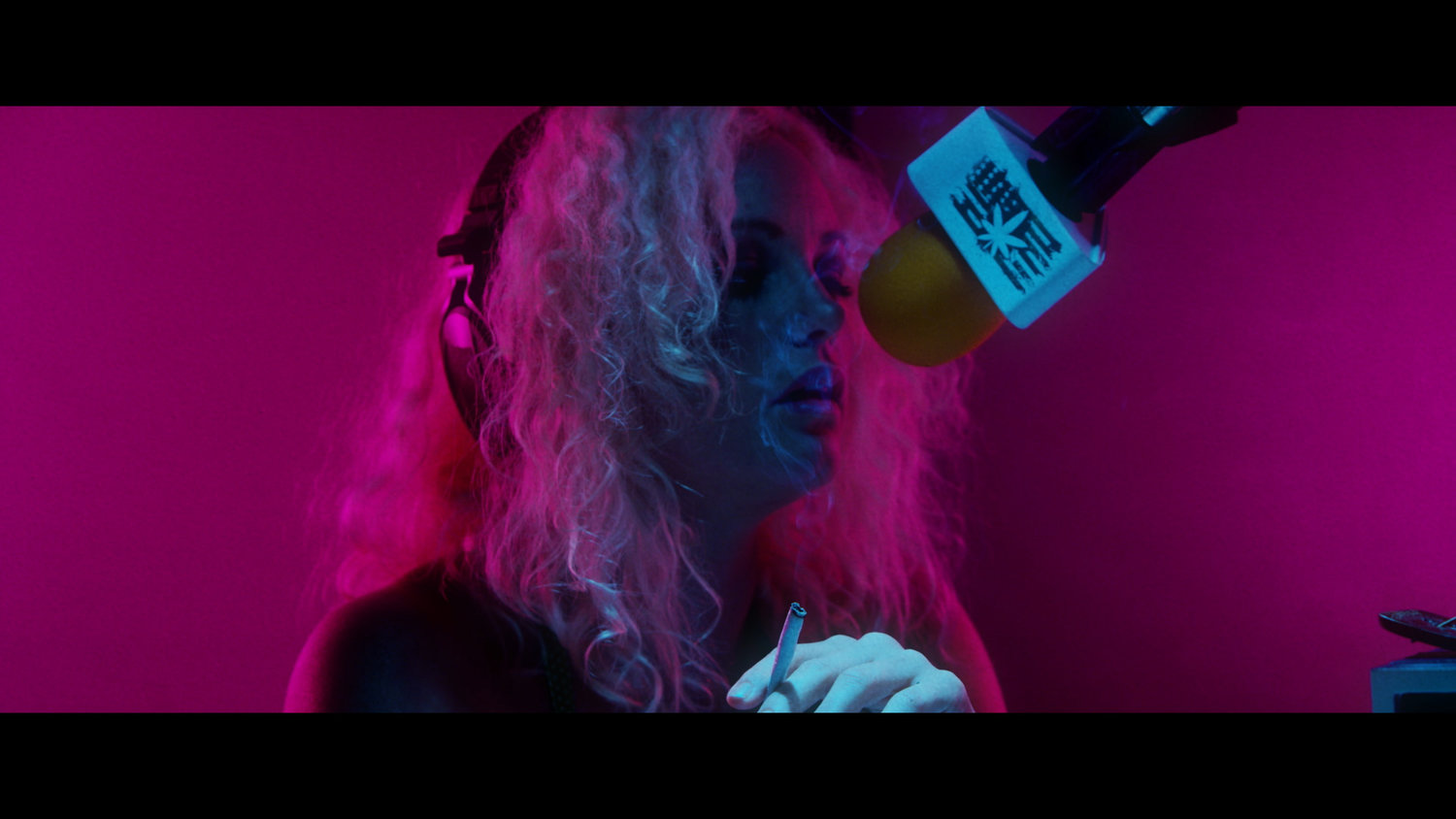 HIGH ON THE HOG is the brainchild of filmmaker Tony Wash, and I must say that I was a HUGE fan of his 2014 short film THE MUCK. It was obvious early on that HIGH ON THE HOG was not up to the caliber I was expecting from this filmmaker. Sid Haig gets top billing here, and he’s also a producer on the project. I’ve never really been the biggest fan of Sid Haig, but he does have his niche, primarily as the foul-mouthed patriarch of several Rob Zombie films. He plays the same type of character here, so if that’s your thing, it’s on full display here. I was a little surprised that his name is featured so prominently, as he’s not really the star of the film. In fact, I’m not really sure who the star of this movie is. Allow me to elaborate… 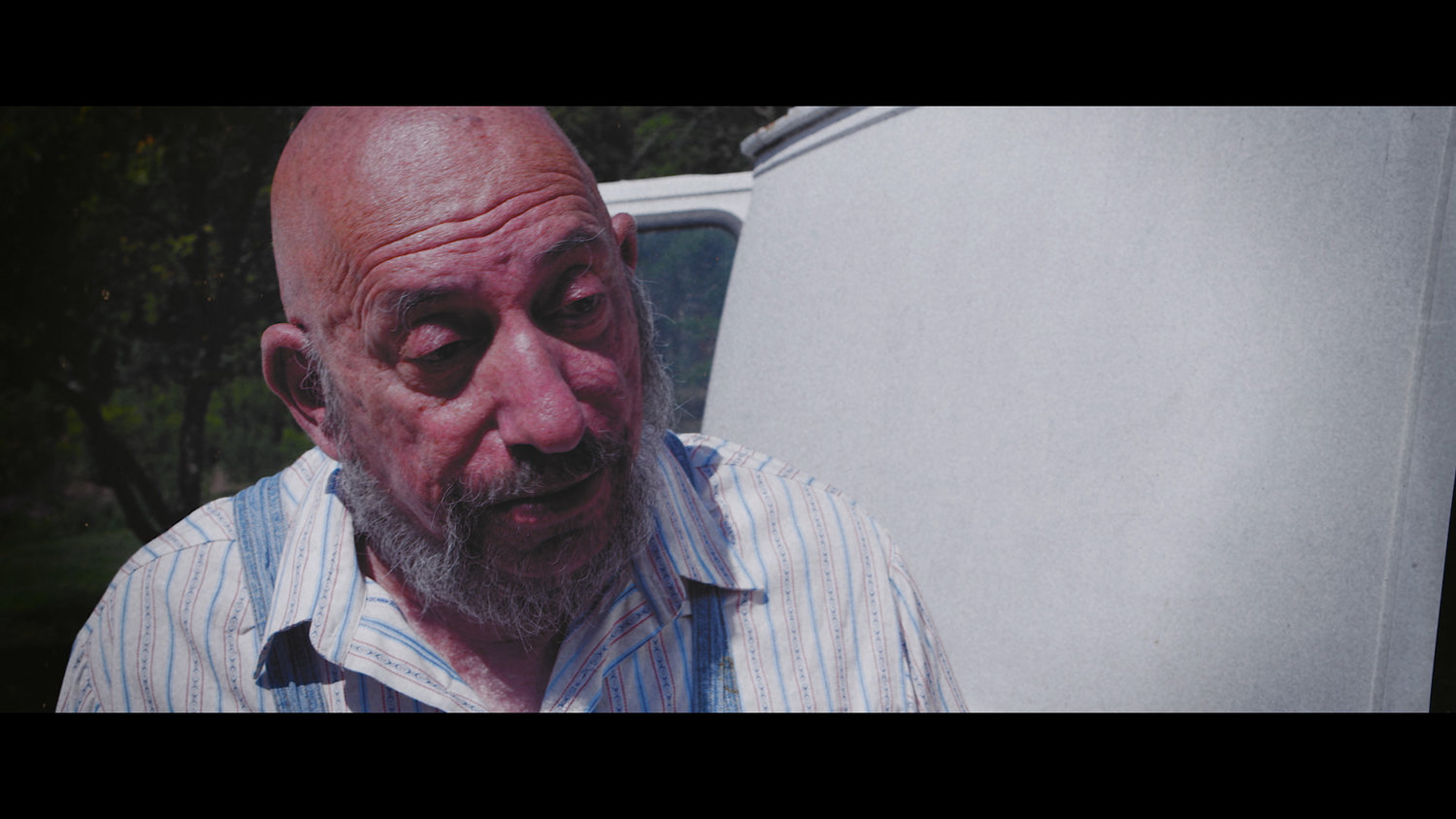 As best I could tell, the film is about a duo of (DEA?) agents tasked with infiltrating the growing & distribution operation of a local pot farmer named Big Daddy (played by Sid Haig). So the movie is about federal drug agents…Or is it about the pot farmers? Or is it about the teens looking to score some strong buds? Hold tight, I’m still not sure what this movie was about.

The weed the farmers grow is ultra strong, and at times, seems to drive people insane. The “insanity” angle plays heavily early on in getting the agents involved, but that’s about as far as that goes. The film literally starts with some teens getting high as one of them goes crazy and runs into traffic. At first it seems like the film is going to be about these teens until it completely abandons that storyline….and is never to return. Agent Dick (Joe Estevez) and Agent Lucy (Katrina Hill) have different ideas on how to accomplish the infiltration of the farm, and they also seem to have some kind of familial relation, which isn’t really clear to the audience…or relevant. Lucy decides to go undercover. 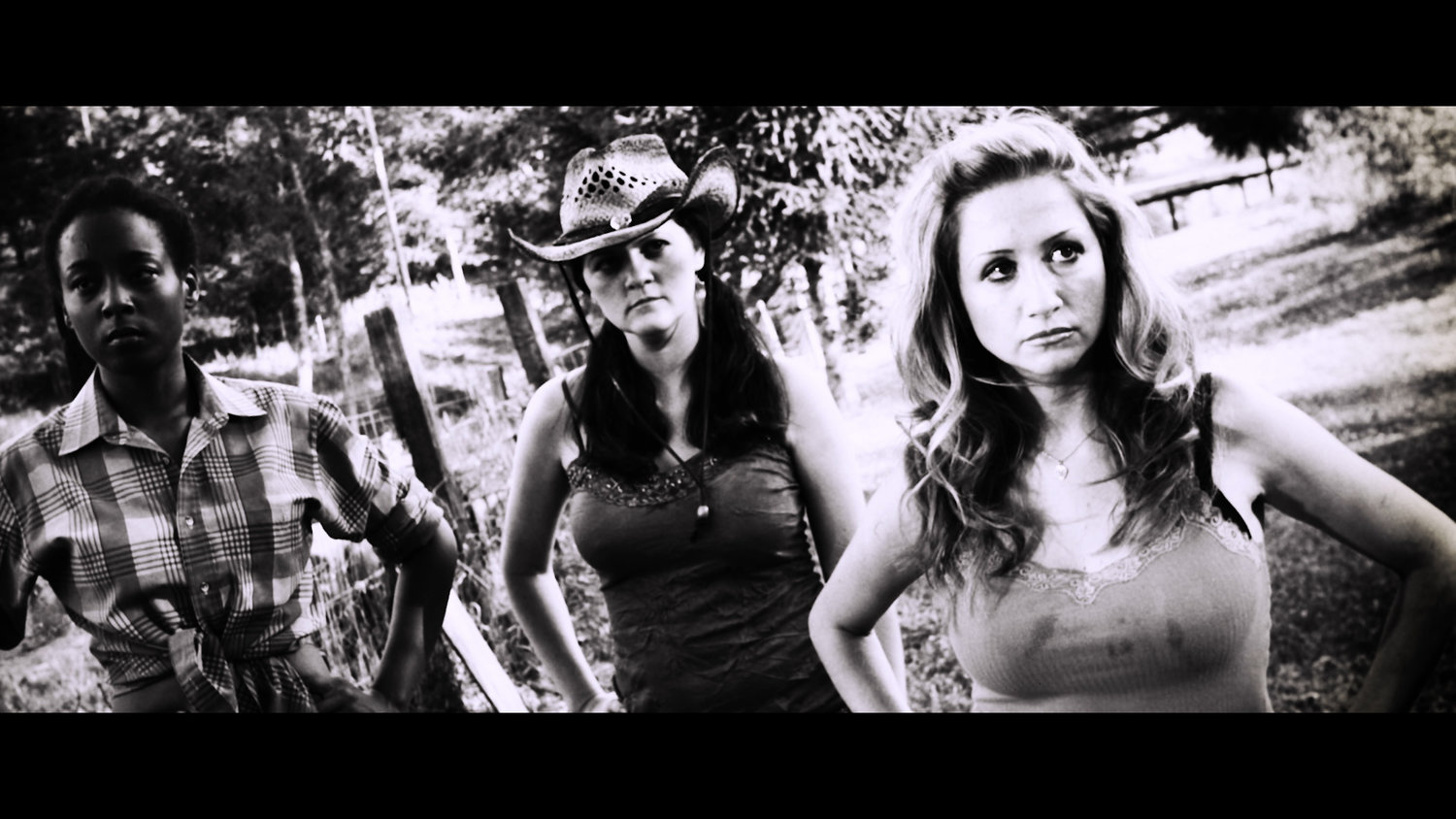 We are then treated to an aerial shot of a farm with a monologue from Big Daddy about the plight of the modern farmer. He explains how he had to pivot to selling Marijuana as a way to keep the family farm from going broke. Big Daddy enlists the help of 3 young ladies named Lenore (Fiona Domenica), Lola (Brenda Whitehead), and Laura (Siarra T. Mong), who help him grow and sell the product.

The film jumps incoherently between the two stories involving the Feds and the farmers. Then, just for good measure, the film peppers in the story of the gangs’ go-to scumbag drug dealer (Jesse C. Boyd) combined with overly frequent interludes by a radio DJ (Ellie Church) that seemingly has NOTHING to do with the story. None of the stories really hold together on their own, and they become even less coherent as the film interchanges between them. The DJ interludes were utterly pointless, and so frequent that it actually removed you from whatever rhythm the film was trying to create. Oh, and she’s inexplicably topless for several of them???

So, Agent Lucy decides to go undercover to infiltrate the farmer’s compound while Agent Dick gets drunk during several overly long montages. Also, the late Robert Z’Dar (MANIAC COP) is the mayor of the town, and he seems sympathetic to Big Daddy and the girls, although his character also does nothing to advance the story. Lucy becomes part of the pot family, and just when she starts feeling like family, she then disappears without really any explanation. This leads Agent Dick to a showdown of THE DEVIL’S REJECTS proportions, but with little rationale as to why. The girls are at first seen as villains, then as the protagonists, then as misunderstood Manson family type concubines, then as heroes…Confused??? Yeah, me too! I had to abandon the search for meaning very early on. 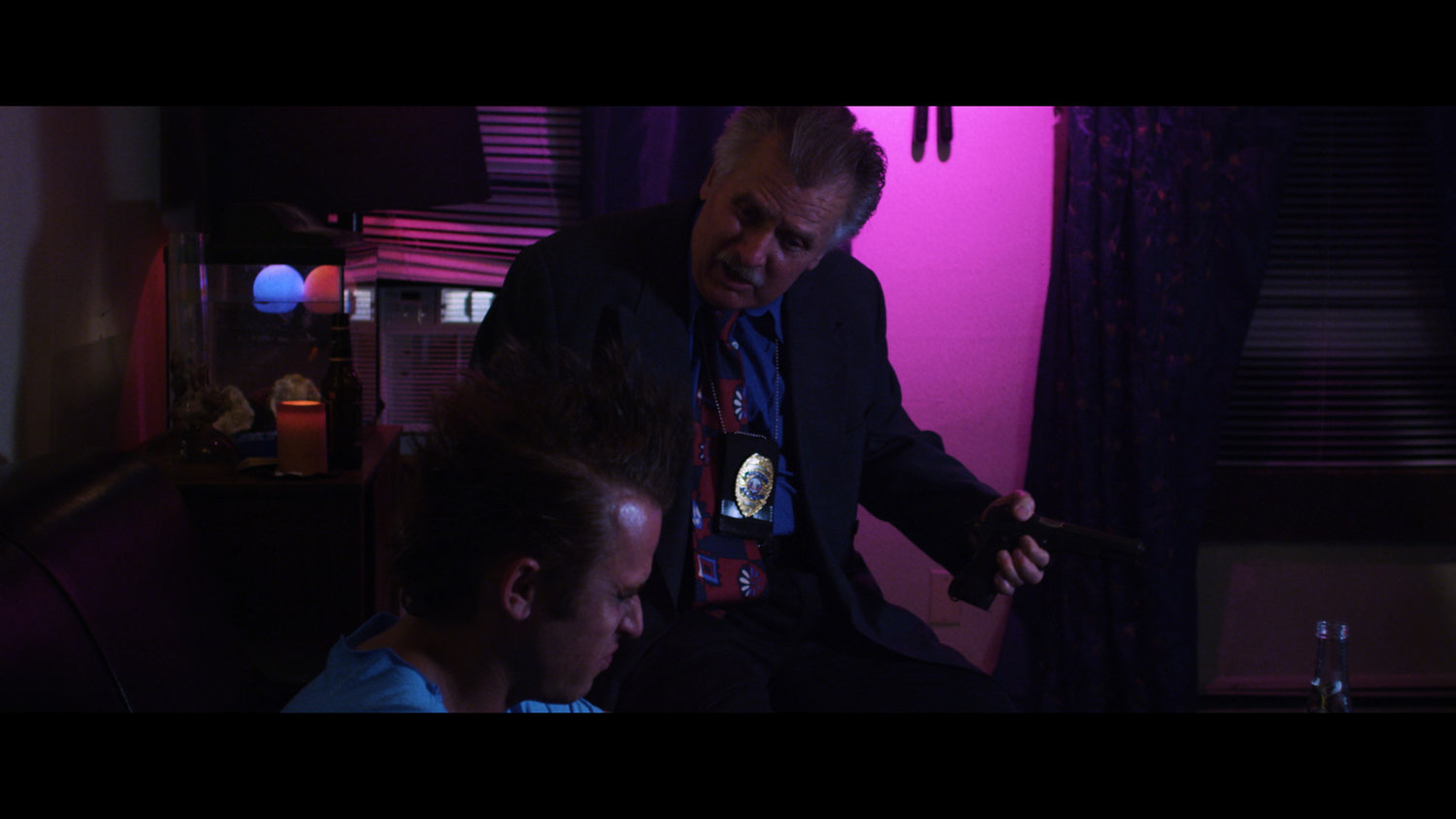 HIGH ON THE HOG is an attempt at recapturing the Grindhouse glory for a new generation. Unfortunately it’s not really something that is ever recreated with much success. Short of the Tarantino/Rodriguez film GRINDHOUSE, or HOBO WITH A SHOTGUN, the attempts at recreating this sub-genre are mostly awful. The original grindhouse classics are classics because of what they did or attempted to do with limited means. The prints were often horrible because they were shot on bad stock, and were not well taken care of. It was not because someone decided to add film grain in post-production. When it said “scene missing” it was because footage was actually lost, damaged, or never even existed in the first place due to budget restrictions. I counted a “scene missing” marker at least six times throughout the film, and it was seemingly done because it looked “cool”. It was almost as if someone had just gotten a hold of some after effects software and wanted to see how many cliché film artifacts they could cram into the over 90 minute runtime. It made the flow and editing very jarring, and well…just completely over saturated with attempts at looking “70’s”. In addition to the film grain, and scene missing frames, there was also TONS of burning film, off track film, color bars, and color de-saturation etcetera etcetera. It looked and felt forced, and did nothing to add to the overall narrative. 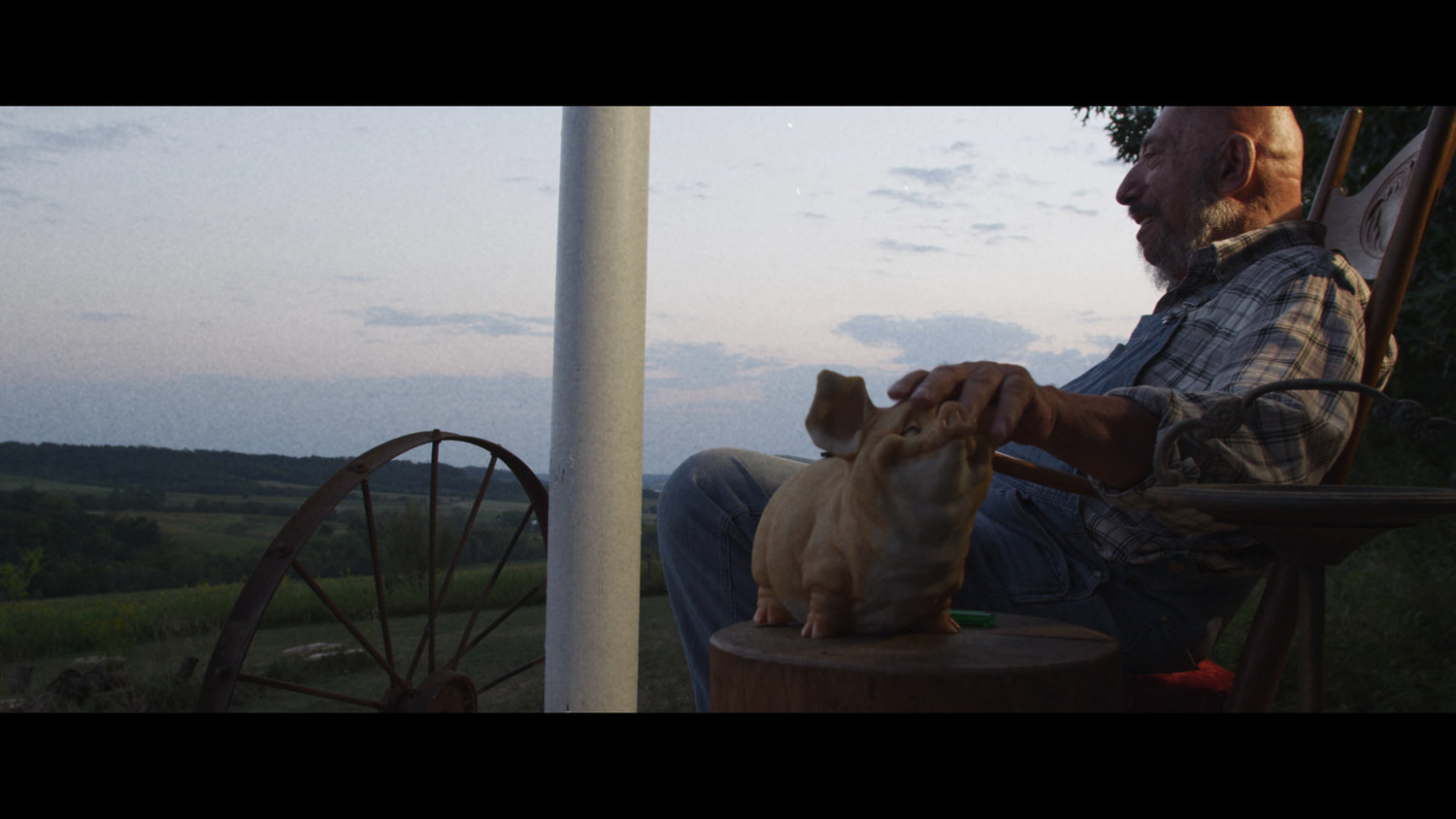 I get it… the filmmakers were attempting some kind of Cheech and Chong/Rob Zombie hybrid, but with disastrous results to the narrative. I’m not sure who this film was for, or why it was even made. It didn’t put forward anything original or even comprehensible in terms of story. It is another film in a long line of misplaced nostalgia that doesn’t really go anywhere. To say I had problems with the narrative is an understatement. I often found myself asking, “who is this story about?” or “what the hell is going on?” Both of those phrases actually appear in my notes more than once. I can’t in good conscience recommend this film, and frankly no amount of marijuana made this film enjoyable for me. I take no pleasure in bashing films, but this one missed the mark on so many levels. Oh, and it is in no way shape or form a horror film. I guess the grindhouse aspects are why it’s even being spoken about as a genre film. Do yourself a favor, and watch one of the dozens of other 4/20 films that are already out there.

HIGH ON THE HOG is out in select cinemas now!

“No amount of herbal refreshments could help with this hot mess of a film.”