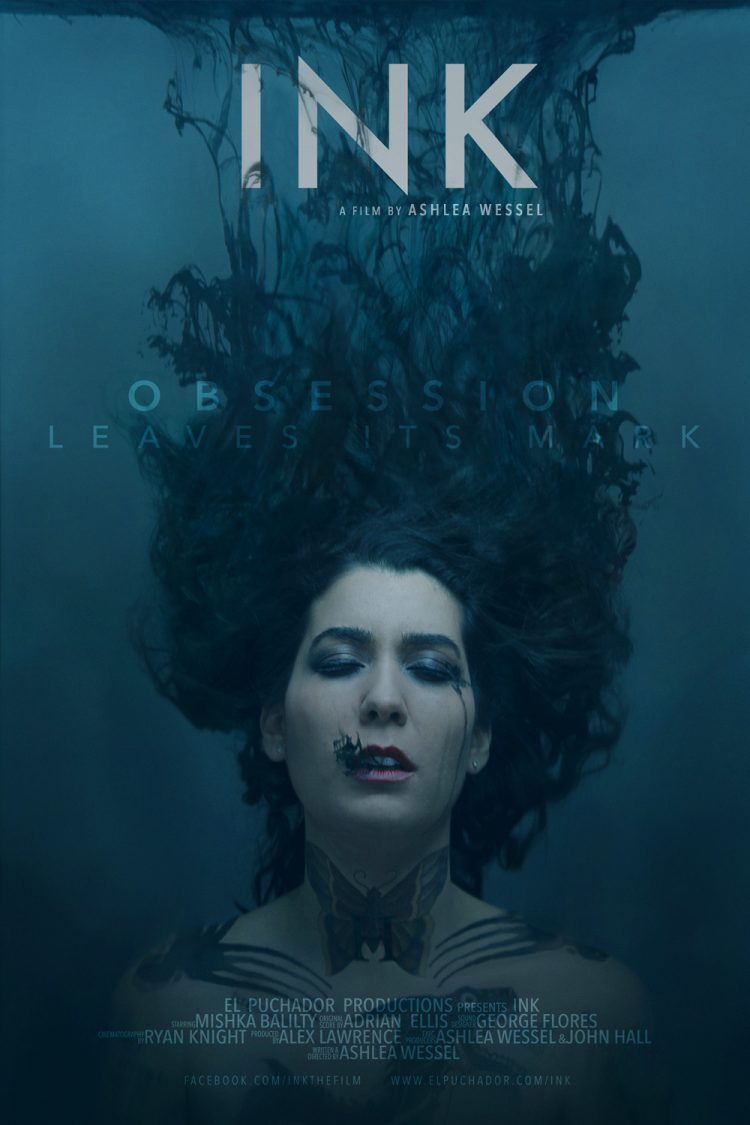 INK is the directorial debut from Toronto’s Ashlea Wessel.  Wessel is no stranger to being behind the camera as she is a renowned and highly sought out photographer.  I was familiar with her work prior to INK and that is what initially got me excited about the film.  I have seen her work evolve over the years but one consistent quality I have always really admired is that her photographs tell a story. Like a complete story in one frame. Often times there is a element of the macabre and some cheeky humor to balance that out.  I am a HUGE fan of the cartoonist Gahan Wilson for his ability to do that same thing. So if a short film by a woman with a fantastic vision and a forte for storytelling sounds like a win-win to you, you would be correct in that thinking.

The log line for the film reads “A traumatized woman seeks penance and personal transformation through tattooing after surviving a devastating pregnancy. One night, drenched in booze and ink, her deepest fears threaten to consume her.”

I like how Wessel incorporated the impact ink, in it’s various forms, has on our lead.  From the ink on the page that she shoves in her mouth (literally eating her words), to the ink that adorns her skin and the ink from creatures of the sea. These all play a role in her current mental state and predicament.

There is no dialogue in the film, but that is not to say that it lacks in sound or score. Composer Adrian Ellis did a fantastic job of letting the score and sound do the talking. And talk it did! This may be my age showing but just a heads up, if you are using headphones when watching this you may want to turn it down a notch or two. With that being said, the effect and storytelling aspect of the crescendo of sound was not lost on me and proved to be quite successful. I did feel like I was trapped in her head and was just screaming to get out. Read you loud and clear Ellis!

In ten short, dialogue-free minutes a complete portrait of a woman drowning in life’s inconsistencies,tragedy and perils are painted for you.  The soundtrack to her life speaks volumes. Her current and future nightmares are revealed to us in a way that only magnifies her loss and ours for being an invisible voyeur in her bathroom.

I would highly recommend this short. It has played many festivals already but if it is playing a festival near you, catch it while you can. TICK is Wessel’s next film and if it’s anything like INK in quality, content and aesthetic….count me in.