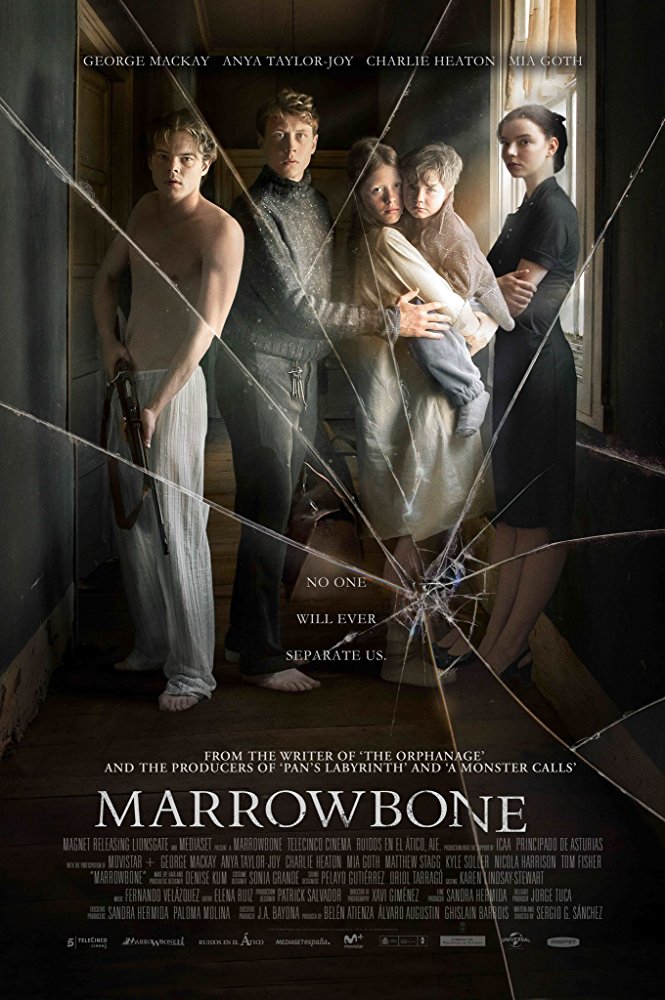 I’m exposed to a lot of movie critiques and strong opinions. I’ve seen how one person can love a movie while the next tears it down completely. The interpretation of MARROWNBONE could go both ways. For me,  I have to say MARROWBONE was entertaining, unexpected and expertly executed. Naturally, I try to predict a film’s trajectory. With this film the plot, flow and conclusion was pleasantly surprising. MARROWBONE was tied together artistically and was incredibly well thought out. The acting, creative writing along with sensor pleasing and detailed cinematography made this film the total package. It was exactly what I wanted it to be, and more. 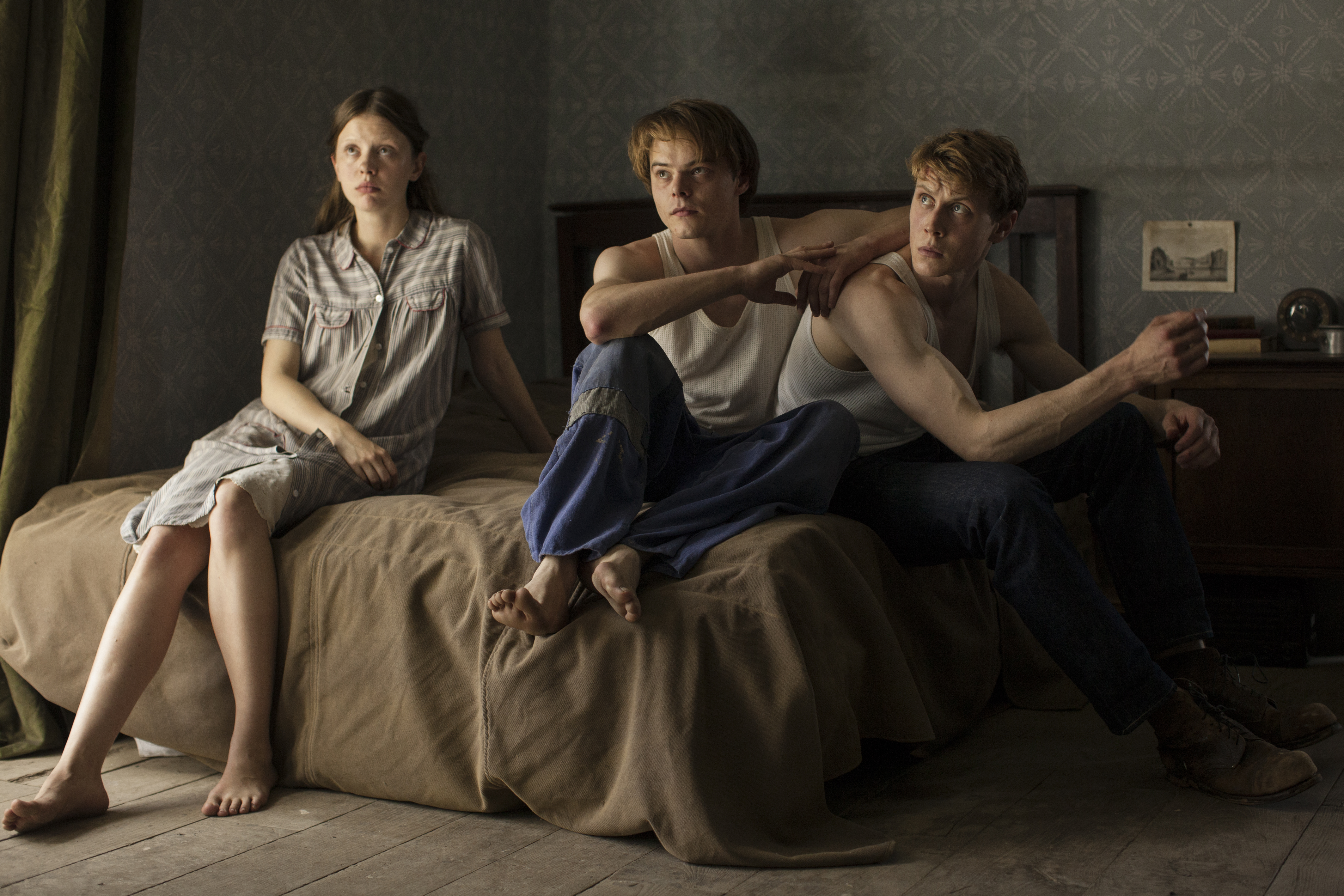 The movie begins as a loving mother is forced to relocate her four children and secretly settle in the haunting and abandoned MARROWBONE estate passed down from her family. In order to keep her children sane and (somewhat) safe she is forced to wipe away any trace of past identity or trauma. They know they will never live a normal life and that someone is on the hunt for them. The four adolescents reinvent and rename themselves as the MARROWBONES.  Early on the mother becomes ill and passes leaving her eldest son, Jack (George MacKay) in charge to care for the family. Jack and his three younger siblings honor their mother’s one wish; to never let anyone or anything separate them.

As the young family adjust to their new home and familial dynamic they take time to explore the secluded yet open environment. I caught myself admiring the way the filmmaker utilized the land and the natural environment. It was really inviting and very well placed.

On a beautiful summer day the family encounters a young girl named Allie (Anya Taylor-Joy). She becomes an endearing and incredibly important part of the film. She forms an unbreakable bond with Jack and his three siblings. The love is mutual and life seems to be back on track for the family. Perhaps, in some ways Allie fills that motherly void for the MARROWBONE’s, especially for Jack.

The acting in this film was phenomenal across the board. Allie is so present, full of unconditional love and dedication for the MARROWBONE family despite the unbearable circumstances. She has plenty of options, yet she remains dedicated and accepting of Jack and the MARROWBONE past. 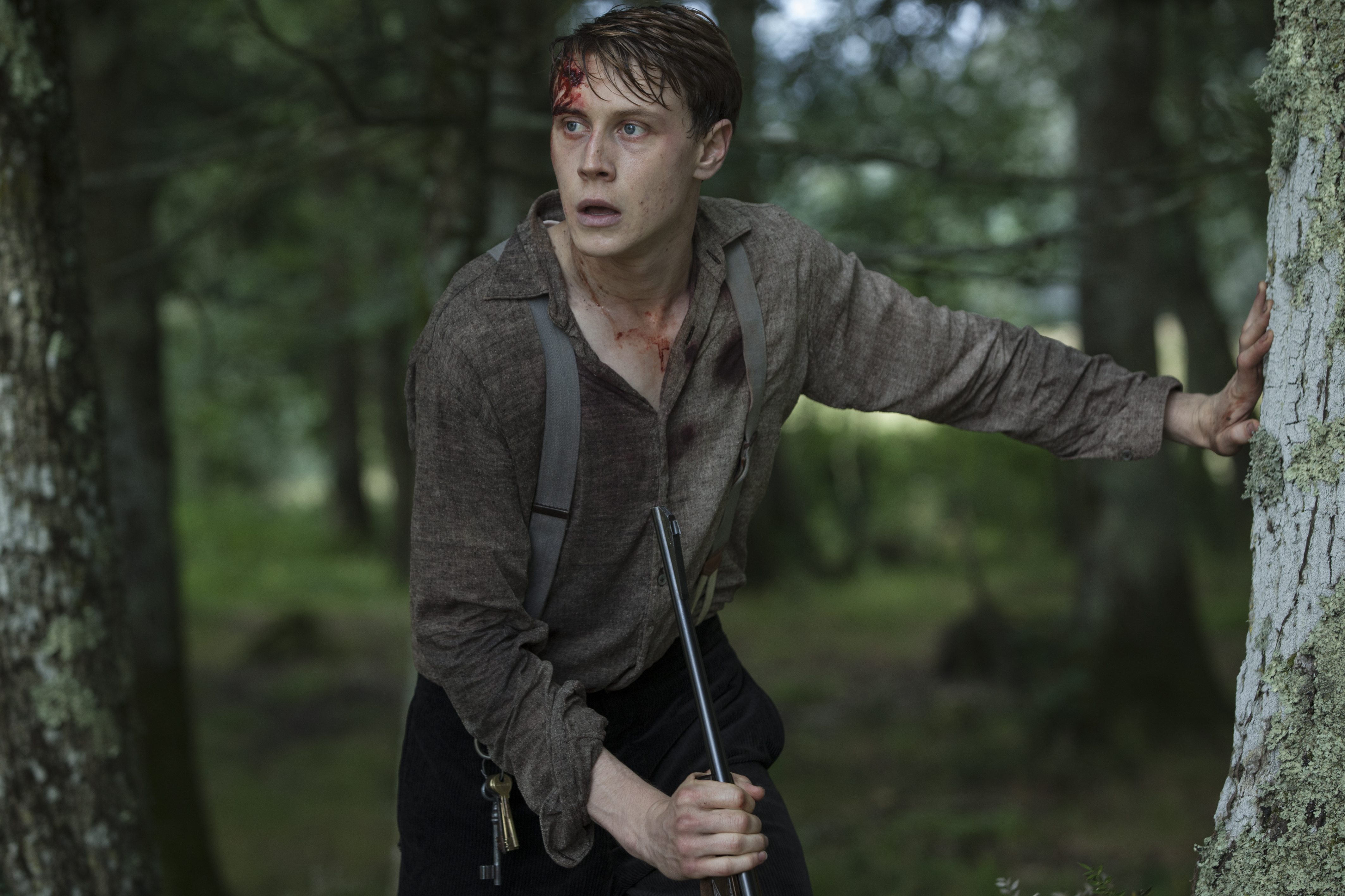 MARROWBONE is set in 1969 so communication was literally the opposite of how we live our lives now. There were no instantly gratifying technological options ( I’m looking at you Instagram and Facebook!) developed yet.  You want to talk to your new man a town over without making that long treck? Two words for you, pen and paper. There was a clever and artistic way that Alley and Jack communicate and it was truly solidified my admiration for this film. The physical distance was necessary considering Jack’s living situation.  Him and Allie rarely spent time together, yet it felt like they were always connected.  Together they were smart,  innovative and most importantly, undeniably dedicated.

The main aspect of the film I noticed and appreciated was how well the human senses repeatedly translated and balanced the film. The director/writer ( Sergio G. Sánchez) did a phenomenal job with highlighting every detail each character was experiencing through their own interpretation of what they were seeing, hearing and feeling. There is true power in how you translate what you hear and see and I love that this movie made that apparent. Music and art stayed a significant part of each characters life experience and it made this movie relatable in that sense. The details were accounted for and in every way showed immense creativity in their execution.

I’m a sucker for a good twist. The conclusion here might be apparent for some (and that’s fine)  but for me, it was unexpected and just want I needed. I think even if you catch on early, you’ll still enjoy this film in its entirety. 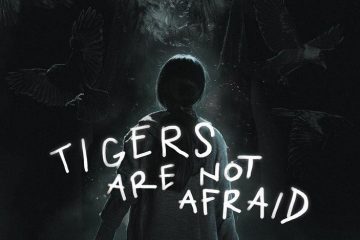