Independent science fiction has consistently provided us with food for thought by scaling back and stripping down stories to put the focus on the future and the ramifications it will have on us as people. The desired effect is to appeal to our humanity.  However, trying to find that “perfect” balance between big ideas and small situations can be tricky to pull off.

The latest sci-fi indie to arrive on VOD after a successful film festival run is Eddie Alcazar’s PERFECT. The film has some seriously big names behind it: with heavyweight Steven Soderbergh onboard as executive producer. This sets some high expectations for the film, which in my opinion it doesn’t quite live up to.

After killing his girlfriend, a pampered young man is sent to a secluded retreat which promises to cure him of his violent nature. All he has to do is cut chunks out of his body and replace them with implants throughout his stay, whilst mingling with the other high cheek-boned residents.  However, the man’s animal urges still fight for control on his road to perfection.

While that is a summation of the plot, PERFECT doesn’t feel as cohesive as this. The story is hard to decipher amongst a bewildering tangle of obscure narration and muddled symbolism. This incoherence is made even more apparent by PERFECT’s vague script. Not only is it confusing but it gives us very little insight into the characters as we watch the actors string meaningless sentences together while masquerading them as something deep. 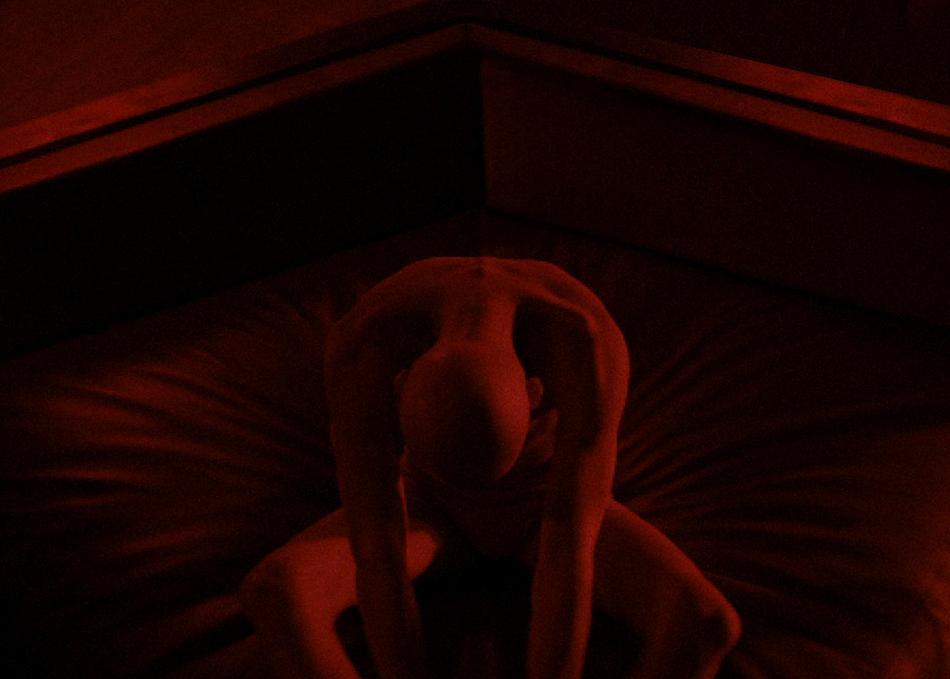 Lead by Garrett Wareing and including Abbie Cornish (THREE BILLBOARDS OUTSIDE EBBING, MISSOURI); the cast of this film get the short end of  it when it comes to the writing. It is hard to gauge their performances when they don’t have much to work with, the lack of character development is noticeable and exasperating. Good thing the leads and background performers are all conventionally pretty as this seems to be the main casting prerequisite for the film.

The majority of the people in this film are silent models lounging around or mystifyingly swimming in their sheer clothes. The film gives off the vibe of an Instagram photo shoot and the male gaze of the camera is absolutely suffocating. The objectification leaves an unpleasant taste after being exposed to it time and time again, I would have appreciated more screen time spent on other aspects than on lingering shots of thigh gaps. 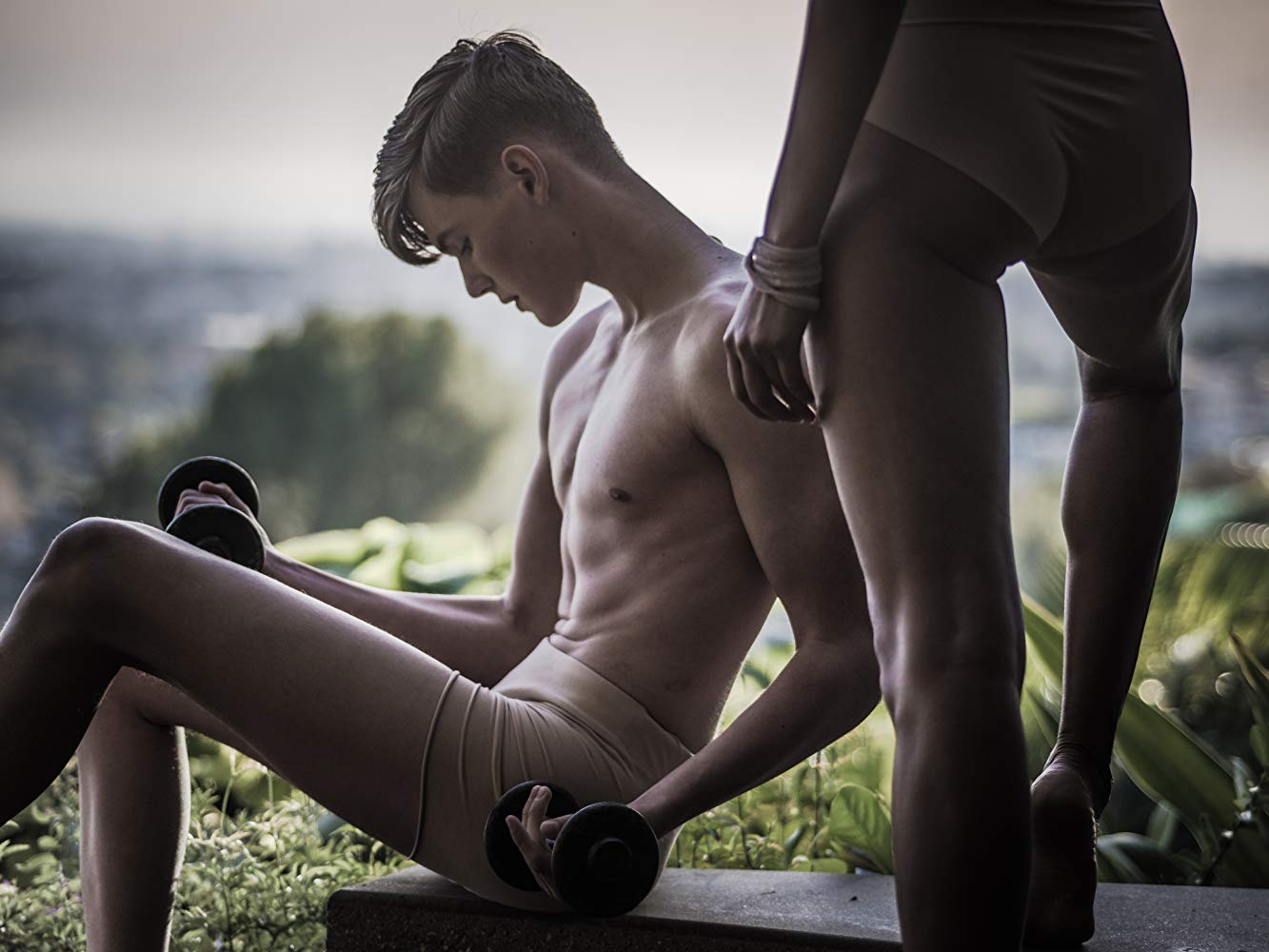 Alcazar has collaborated once again with experimental recording artist and director Flying Lotus. Lotus, who also serves as a producer has created an original score for PERFECT and it turns out to be one of the films strongest features.  Fans of FlyLo’s music will definitely enjoy the auditory mind-trip and when you combine this with the film’s visuals, PERFECT succeeds as a work of art. Although the film does feel at times like one very long music video.

A stunning backdrop of misty mountains, colorful sights, and sleek architecture frame the events of the film and are pleasing to the eye. The visual effects are creative and impeccable, right at home in the sci-fi genre. The neo-noir influence is really clear in PERFECT’s cinematography with a lot of neon lighting, and I mean A LOT of neon lighting. No doubt the film is capitalizing on the popularity of this aesthetic, spurred by directors such as Nicolas Winding Refn, although it teeters on the edge of over saturation of the style. 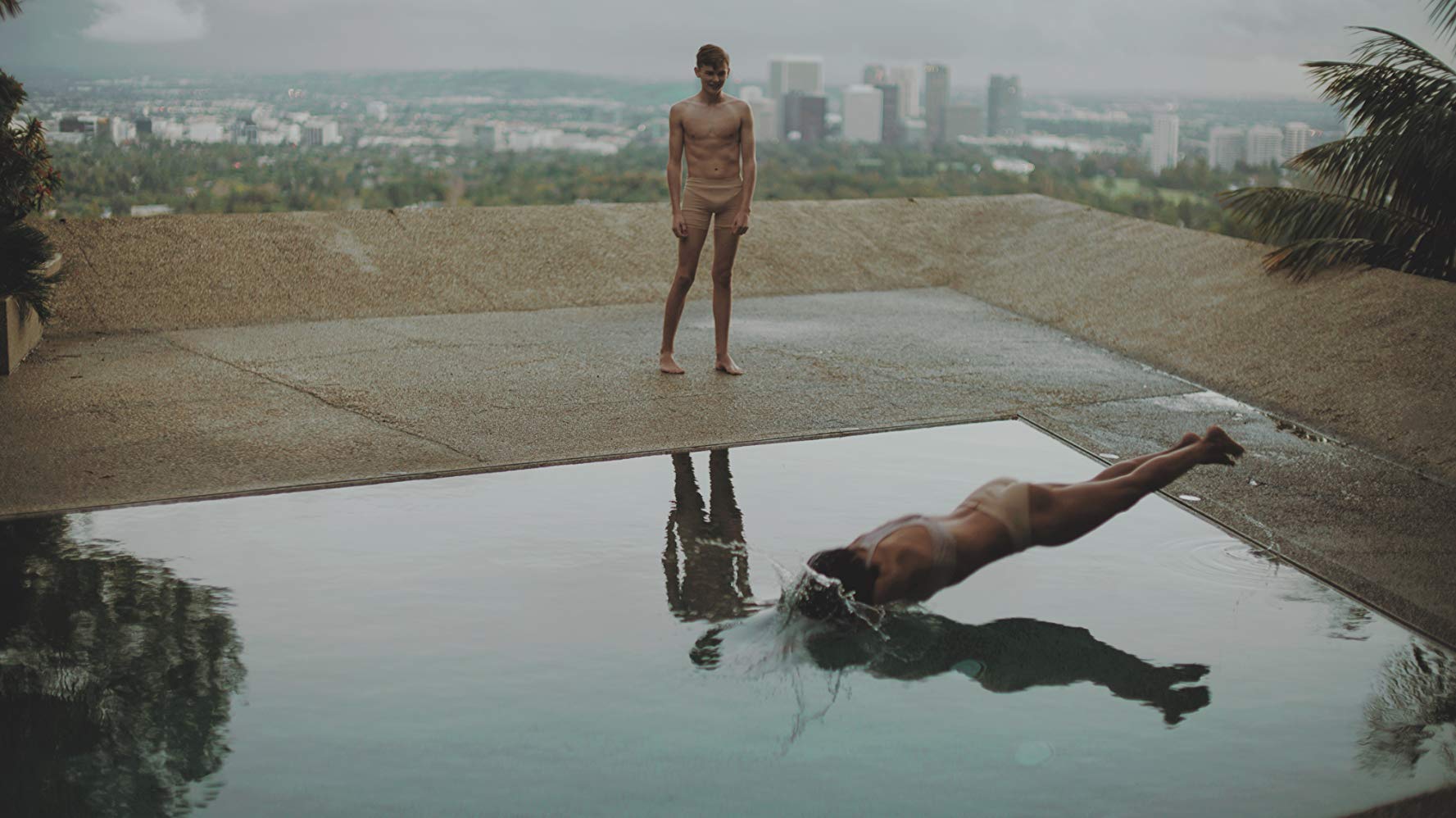 For a film about becoming ‘perfect,’ both physically and mentally, PERFECT didn’t have much in the way of commentary on the concept, leading it to feel superficial. Just like its characters, the film is a pretty face with nothing of substance behind the eyes. PERFECT recently finished its theatrical release and is available on demand June 21st.

“The story of PERFECT is hard to decipher amongst a bewildering tangle of obscure narration and muddled symbolism.”