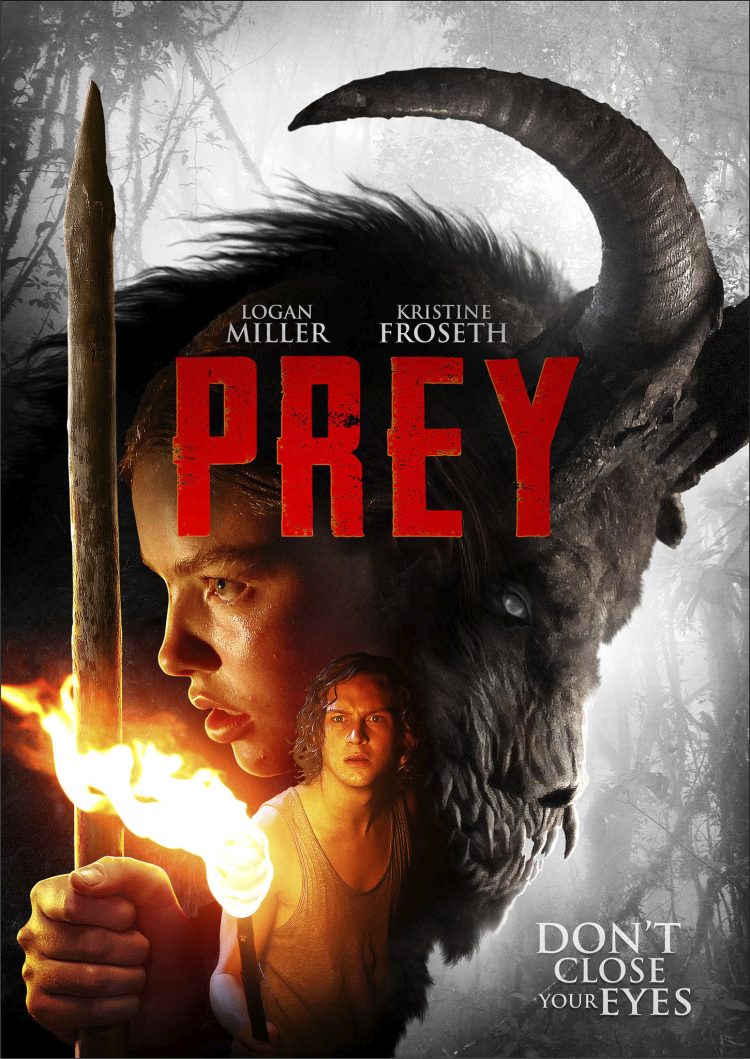 When I first received my copy of the deserted island horror flick PREY, I admit that I didn’t know what to expect. What I did know was that the film was produced by genre favorite production company BLUMHOUSE and directed by Franck Khalfoun. This was a promising revelation, considering the immense respect I have for both the artist, and the production company. Anyone who knows anything about horror, knows that BLUMHOUSE is maybe the biggest name in horror at the moment producing the likes of HALLOWEEN, GET OUT, THE PURGE, INSIDIOUS and the list goes on forever…look it up…I’ll wait. While Franck Khalfoun is the director of one of my favorite horror films of all time, 2012’s MANIAC. I’m pleased to report that while PREY isn’t as raw and in your face as MANIAC, it definitely packs a punch and has an adventurous sense of mystery and mayhem.

PREY is about a young man named Toby (Logan Miller) dealing with the abrupt murder of his father (Anthony Jensen). By abrupt I mean almost immediately in the film. You see, Toby was  too busy watching stupid internet videos to help his dad work on his classic car. It’s when his dad goes outside  to work on it alone that two masked men stab him in the chest, and steal the car he’s been working on. Obviously Toby is going to carry some survivors guilt, especially with the way everything plays out. 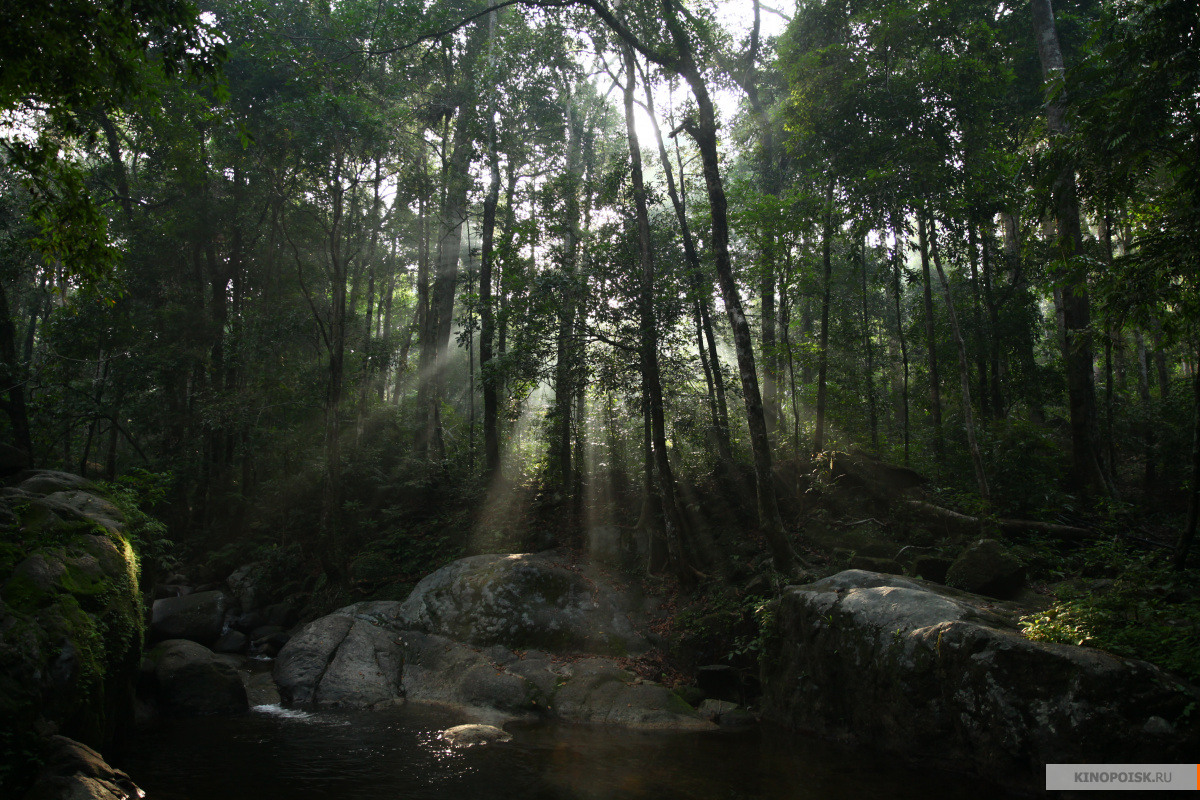 After the dust has settled from his father’s murder, Toby is sent on a solo “retreat” of sorts to help troubled youths deal with various behavioral/emotional issues. The teens are dropped off individually on a series of “uninhabited” islands near Indonesia. Once Toby is dropped off,  this excursion is a disaster from the jump. Toby is given supplies to last a few days, but he’s not really the type of person that thrives in these types of outdoorsy situations. Within a few hours monkey’s steal the majority of his food rations, and he gets a nasty cut on his foot from walking on the beach barefoot. The situation is not looking good for Toby. As night descends on the island, several strange noises and strange occurrences almost prevent Toby from getting any sleep at all.

It’s not until the next morning that things start to look a little better…or do they? Toby wakes up to several fresh coconuts, and a very attractive young lady (Kristine Froseth) who is roughly his own age. She’s cooling off in the water nearby, keeping a close eye on Toby. Since the island is supposed to be uninhabited Toby is a little suspicious, but his attraction to her gets the better of him. It’s a real THE BLUE LAGOON situation as Toby, and the girl who reveals herself to be named Madeleine, roam around the island. Madeleine shows Toby her dwelling and warns him that they are not alone on the island. She also gives him the ominous warning to avoid being seen by her mother at all costs. It’s this revelation that makes the situation on the island a little more confusing for Toby, since Madeleine tells him that her mother will slaughter him on site. 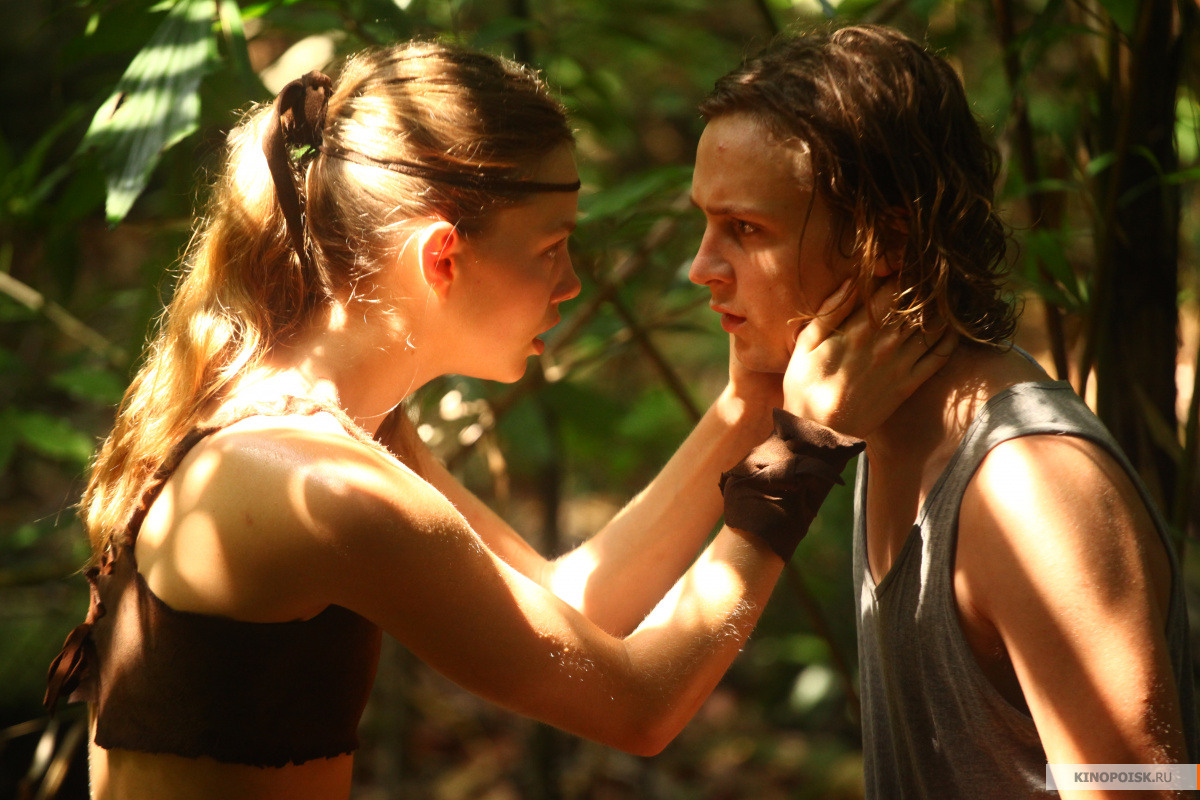 We know from the opening credits that there was likely some missionary work taking place on these islands, but other than some cave paintings and stone carvings, there is little to no trace of these indigenous people. The artwork alludes to something dark, almost demonic dwelling on the island, but Toby is more concerned with the death threats thrown at him by his new companion. Especially since he hasn’t even seen the woman in question. The supernatural angle  alluded to in the cave art, came as a surprise, but a welcomed one that added to much of the films most successful jump scares. It’s a mystery that adds to the suspense of an already unusual and life threatening situation.

Overall I had a great time following the mystery to its conclusion. Normally a PG-13 rating really bums me out when it comes to my enthusiasm for a horror film, but lately that rating doesn’t seem to be as much of a hindrance as it used to be. At first it seemed like it might be too teen-centric for me, but as the story laid it’s groundwork I found myself getting more and more invested in Toby and the strange situation surrounding the island. I’m also not ashamed to admit that I jumped more than once during some of the films more suspenseful moments. They weren’t cheap scares either, they were legitimately earned jumps that I don’t give up that easily. If the idea of THE BLUE LAGOON or CAST AWAY blended  with a splash of INSIDIOUS sounds like a good cocktail to you, I invite you to take a few sips…you’ll probably like it!

PREY arrives in theatres and on VOD on September 27th

“If the idea of THE BLUE LAGOON or CAST AWAY blended  with a splash of INSIDIOUS sounds like a good cocktail to you, I invite you to take a few sips…you’ll probably like PREY!” 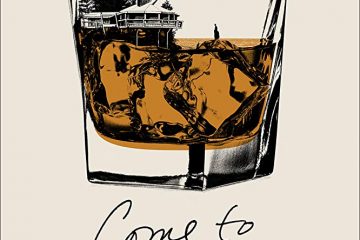