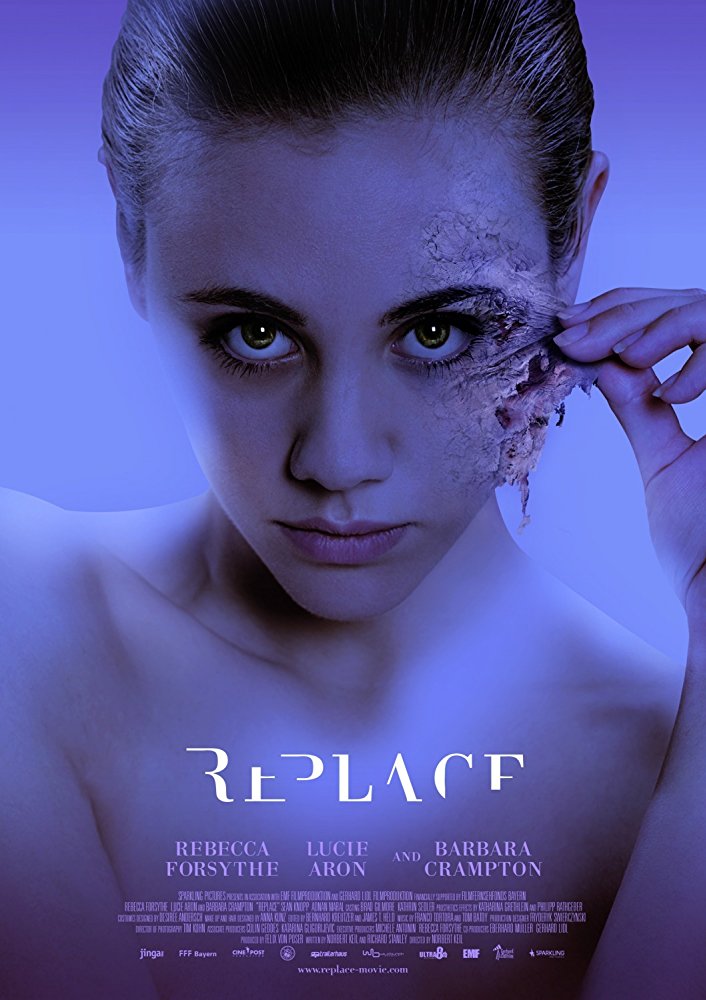 This decade has seen a significant amount of films from the new wave of body horror sub-genre. More specifically, with female lead story-lines that provide a first hand perspective of the transformation experience.  As body horror targets our inner fears and anxieties about things going wrong with the vessels we reside in, this trend is not surprising. Female beauty expectations have trained society to intensely scrutinize women’s bodies for anything “wrong”: a patch of body hair, cellulite, or god forbid a set of wrinkles. No wonder the horror genre has picked up on these obsessions and found many ways to use it to horrify and disgust. 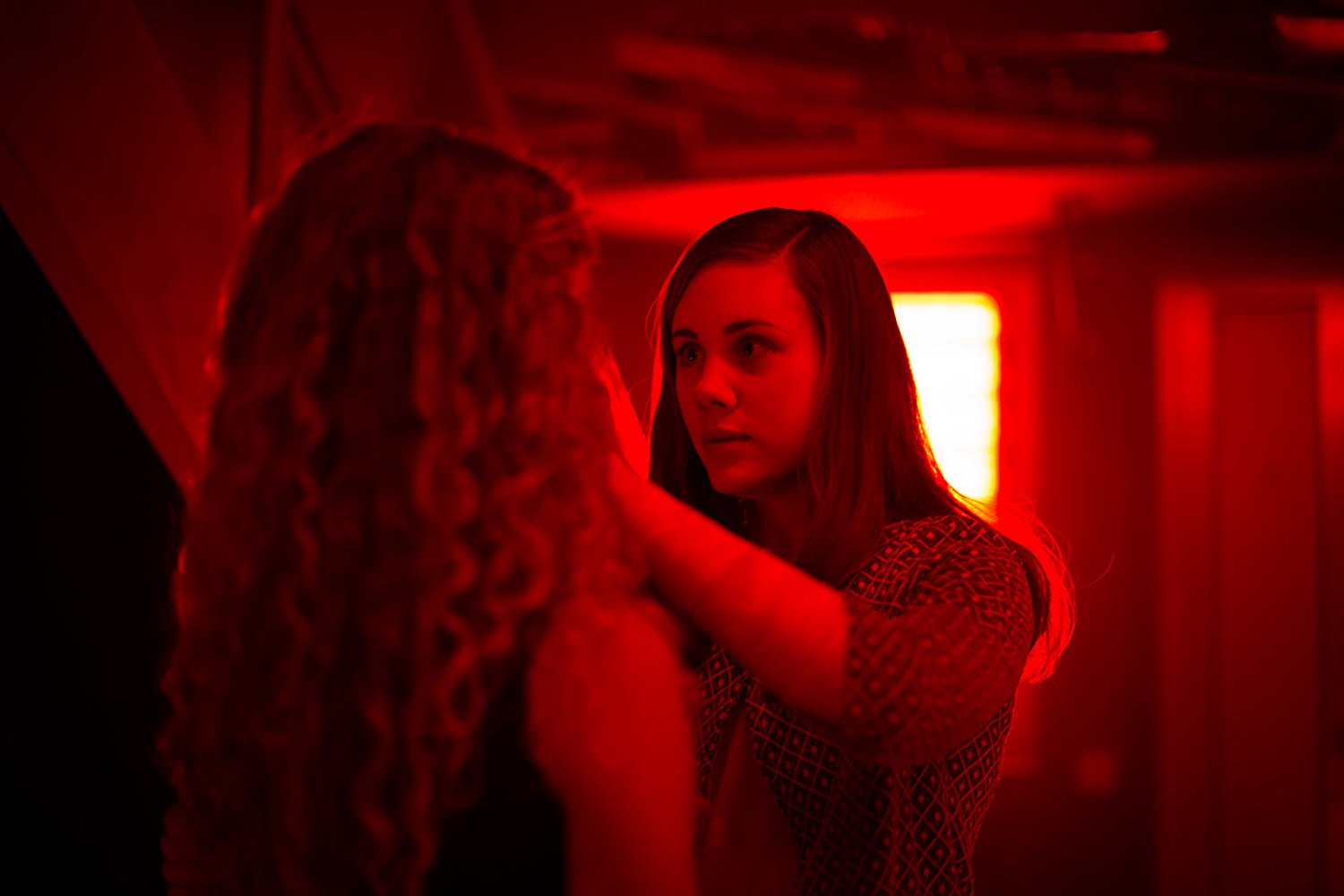 The latest entry in my favorite horror sub-genre is Norbert Keil’s REPLACE. It made its Sydney premiere at A Night Of Horror film festival last weekend. I was so glad I got to see it on the big screen as this was a film that definitely was worthy of the cinematic experience. REPLACE is a welcome addition to both the horror and sci-fi genre.

Kira (Rebecca Forsythe) is a young and beautiful woman who’s life is starting to unravel. She is hallucinating and missing time, her memories of people and events is either fading fast or gone completely. On top of this is also a physical degradation: her skin is drying up and flaking off at an alarming rate. Kira seems to be growing old and withering away before her own eyes until she discovers that she can peel off her dying skin and replace it with new skin. However, this skin comes from other people, and they are not willing donors. 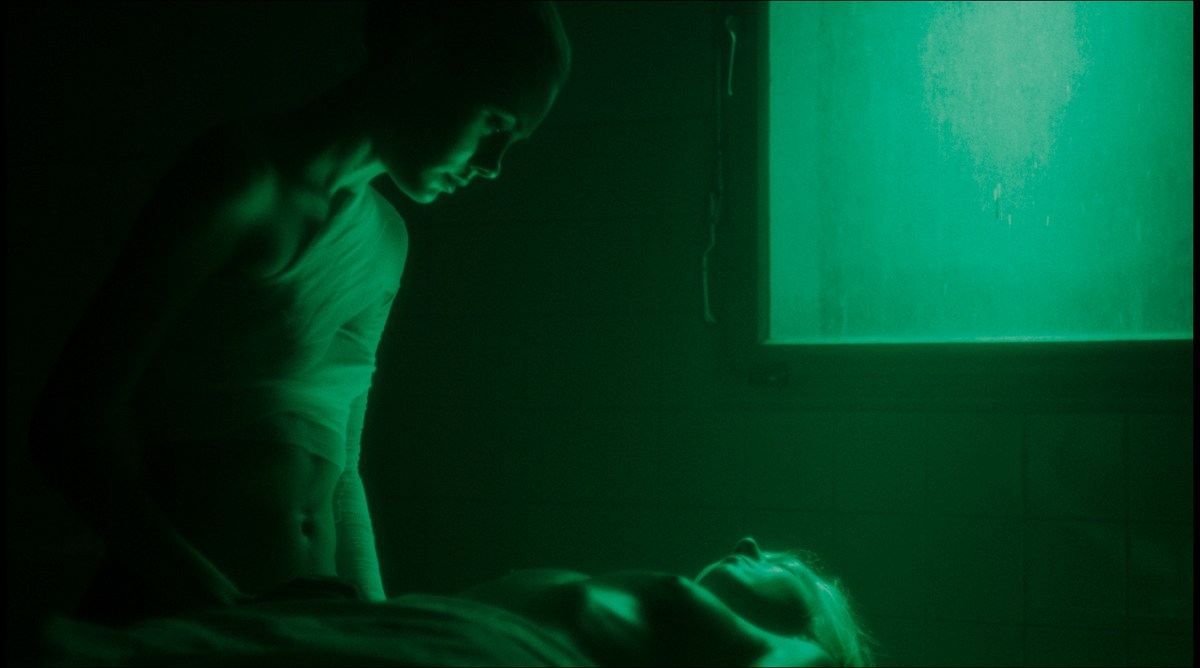 The gore effects in REPLACE are really effective, the whole cinema winced and cringed as Kira would slowly remove her upper dermis to reveal the red rawness underneath. It looked so painful that I was internally cheering her on during her murder sprees just to get that relief of seeing nice new skin melting onto her body.

Helping Kira through her sufferings, both physical and mental, is her neighbor Sophia (Lucie Aron). The two quickly become romantically involved, falling for each other’s beauty and strength. Although the circumstances are gruesome, their relationship is surprisingly tender and genuine. It is great to see positive examples of non-hetero relationships that aren’t played for the novelty or brownie points. 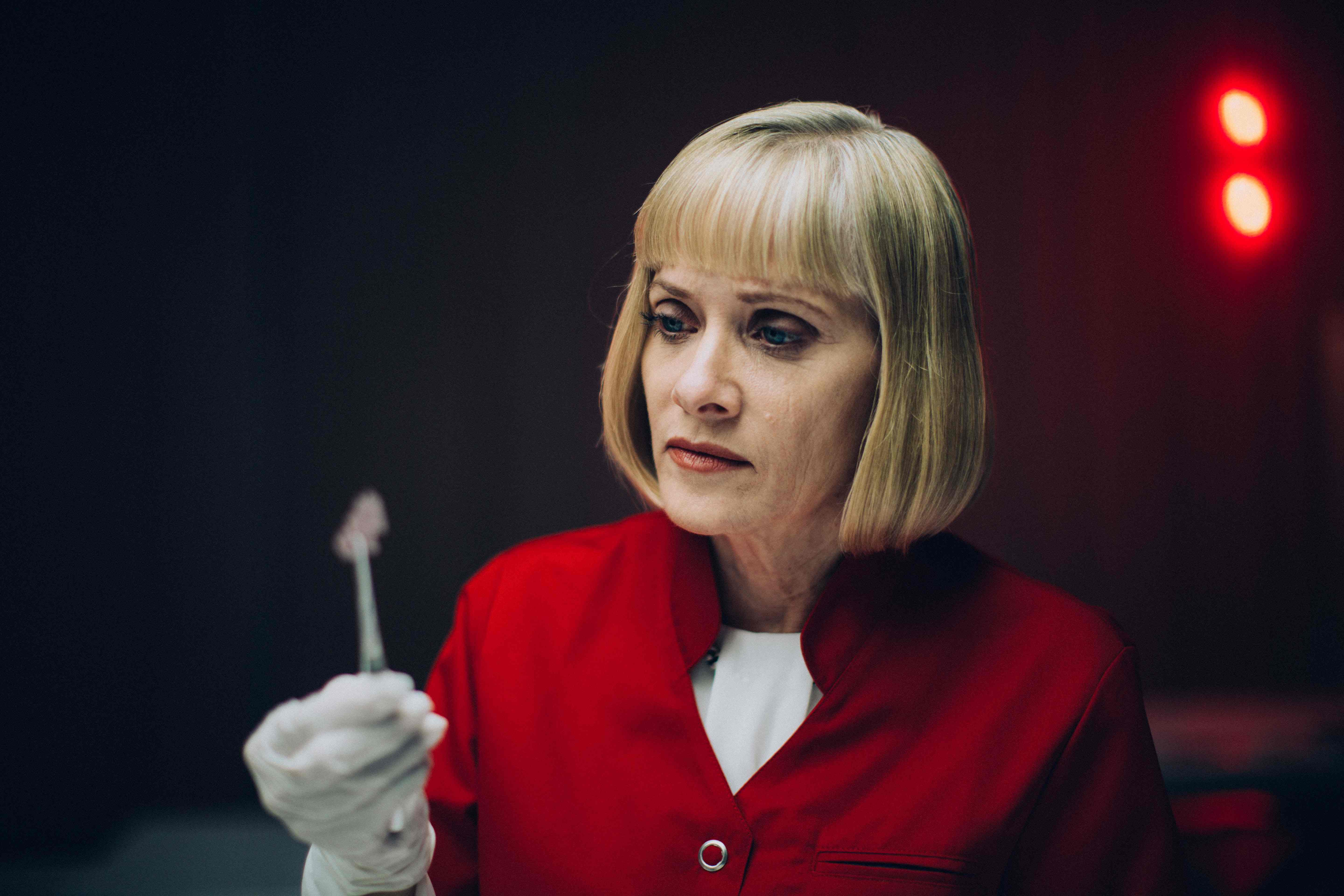 Both Forsythe and Aron deliver solid performances. Forsythe having quite the range, managing to both threaten and garner sympathy. Body horror is most effective when the outer transformations mirror inner ones and this was conveyed really well. Horror royalty Barbara Crampton has come full circle since her breakout role in RE-ANIMATOR– now she is the mad scientist! She is mesmerizing and terrifying as Dr Crober, abusing her power and experimenting on Kira. Crampton has consistently been delivering the creeps as a villain in some of her more recent films such as SUN CHOKE, just as she does in REPLACE. 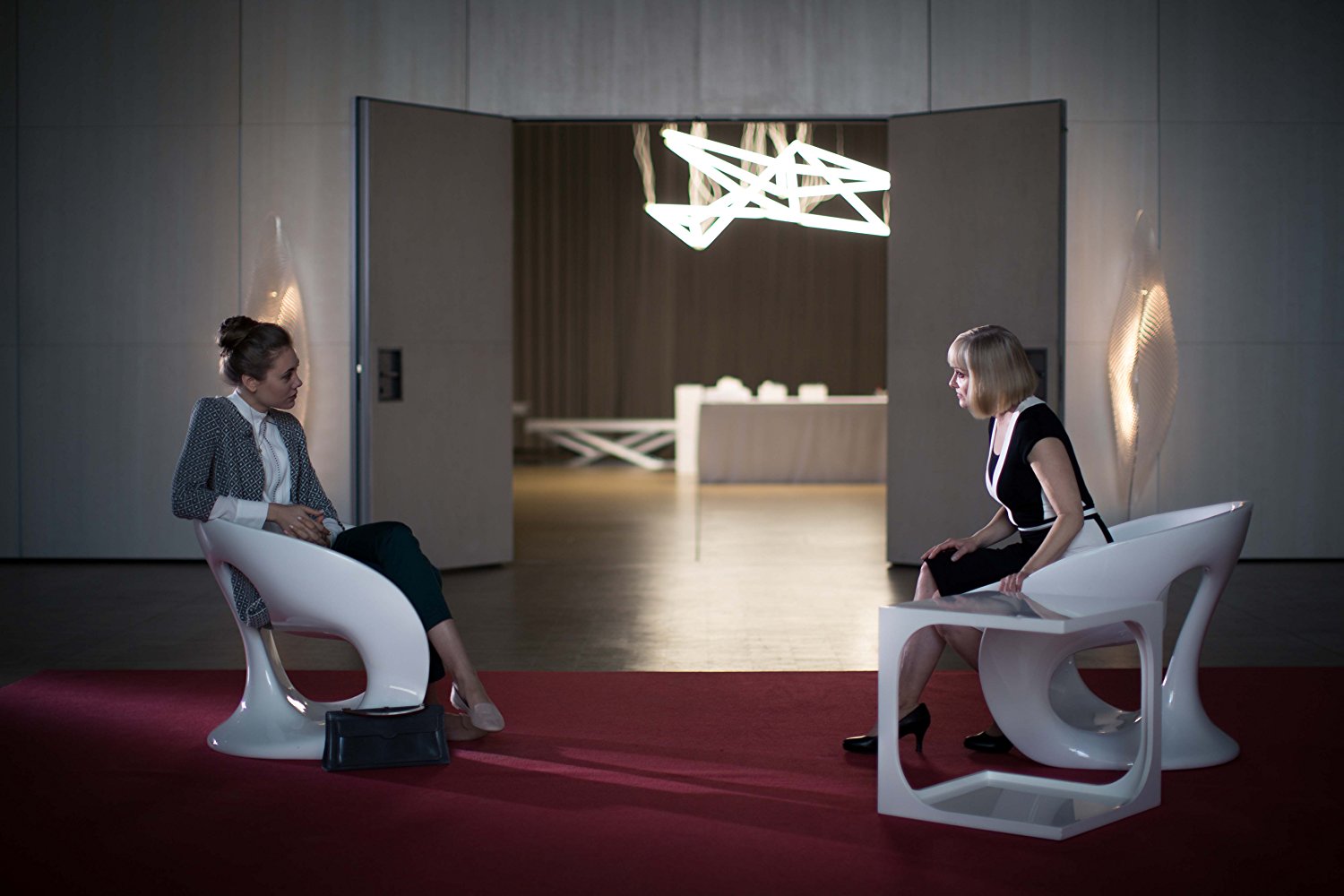 REPLACE looks and sounds stunning. The film is definitely embracing the sci-fi side of its personality. The film gives off a neo-noir glow as neon lights of all colors drench the film. Harsh fluorescents make the body horror all the more effective. In terms of cinematography, the film certainly follows in the footsteps of other neo-noir and giallo inspired films such as THE NEON DEMON and BLACK SWAN.
The score also replicates this theme and is a mix of retro Synthwave and haunting strings which suits the film perfectly. I’ve continued to listen to the soundtrack since seeing the film, it is really is quite beautiful. 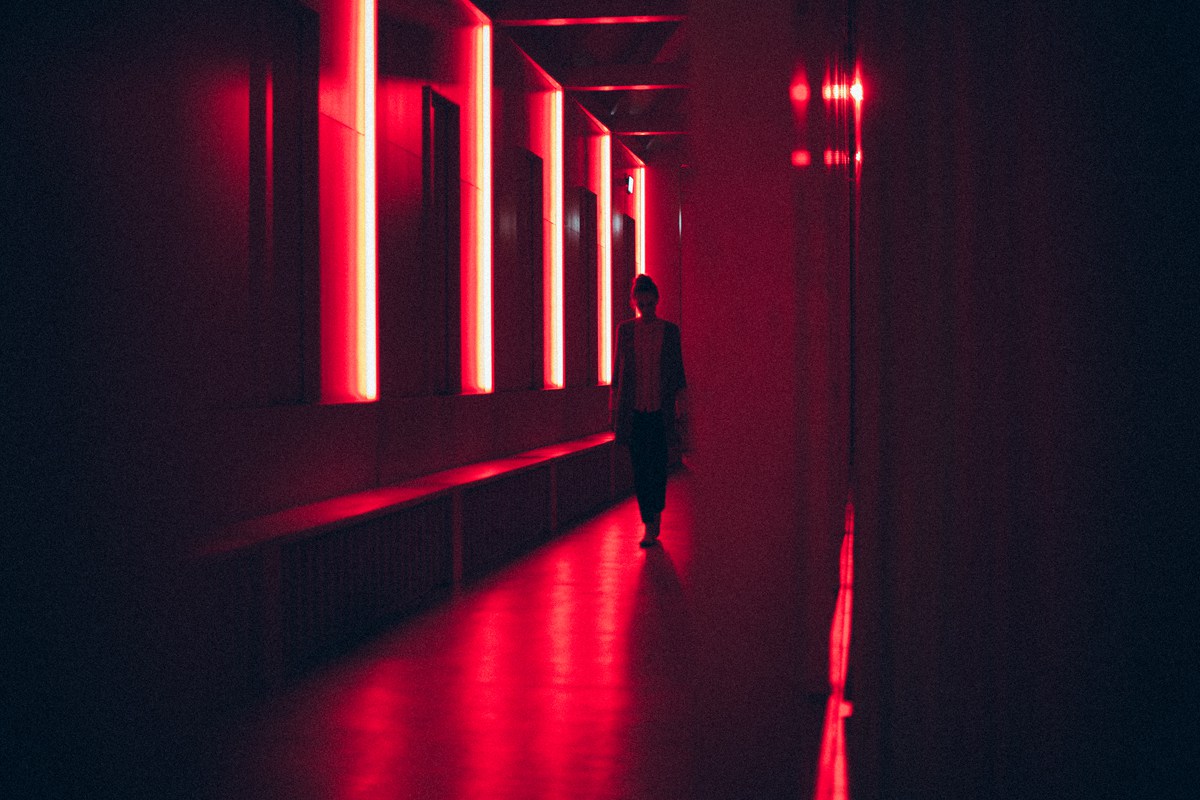 Trying to stay young forever is an age-old science fiction trope and one that will most likely stick around due to our ingrained beauty standards. While I would like this part of society to progress, I am glad that films like this can come out of it.