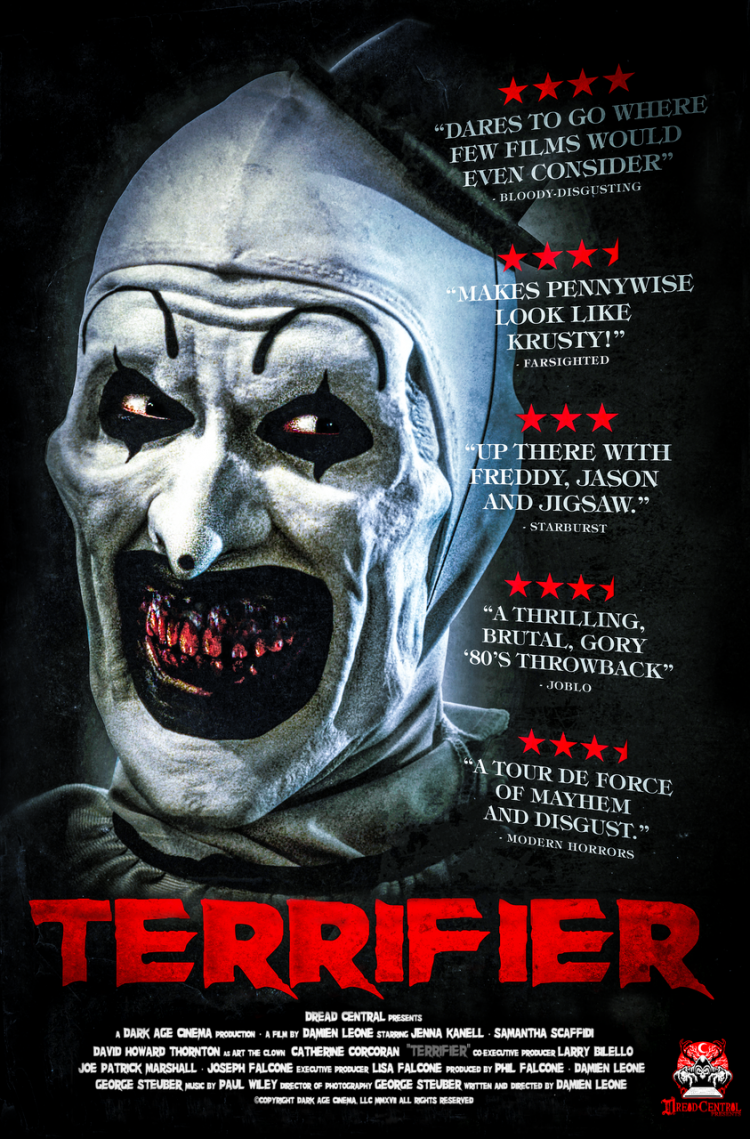 Get your coulrophobia (fear of clowns) under control, because TERRIFIER is about to be unleashed onto unsuspecting audiences at the end of this month. The film is currently on a limited theatrical run and hits VOD services on March 27th. This film pulls absolutely no punches, and goes for the jugular at every blood-soaked turn. As I was watching the film I was trying to think of a scarier film involving clowns, and it left this writer drawing a blank. In fact, I would say that Art the Clown is maybe the most frightening clown in cinema history. He makes some OTHER clowns; from some OTHER higher profile films look like Disney characters. You know whom I’m referring to. 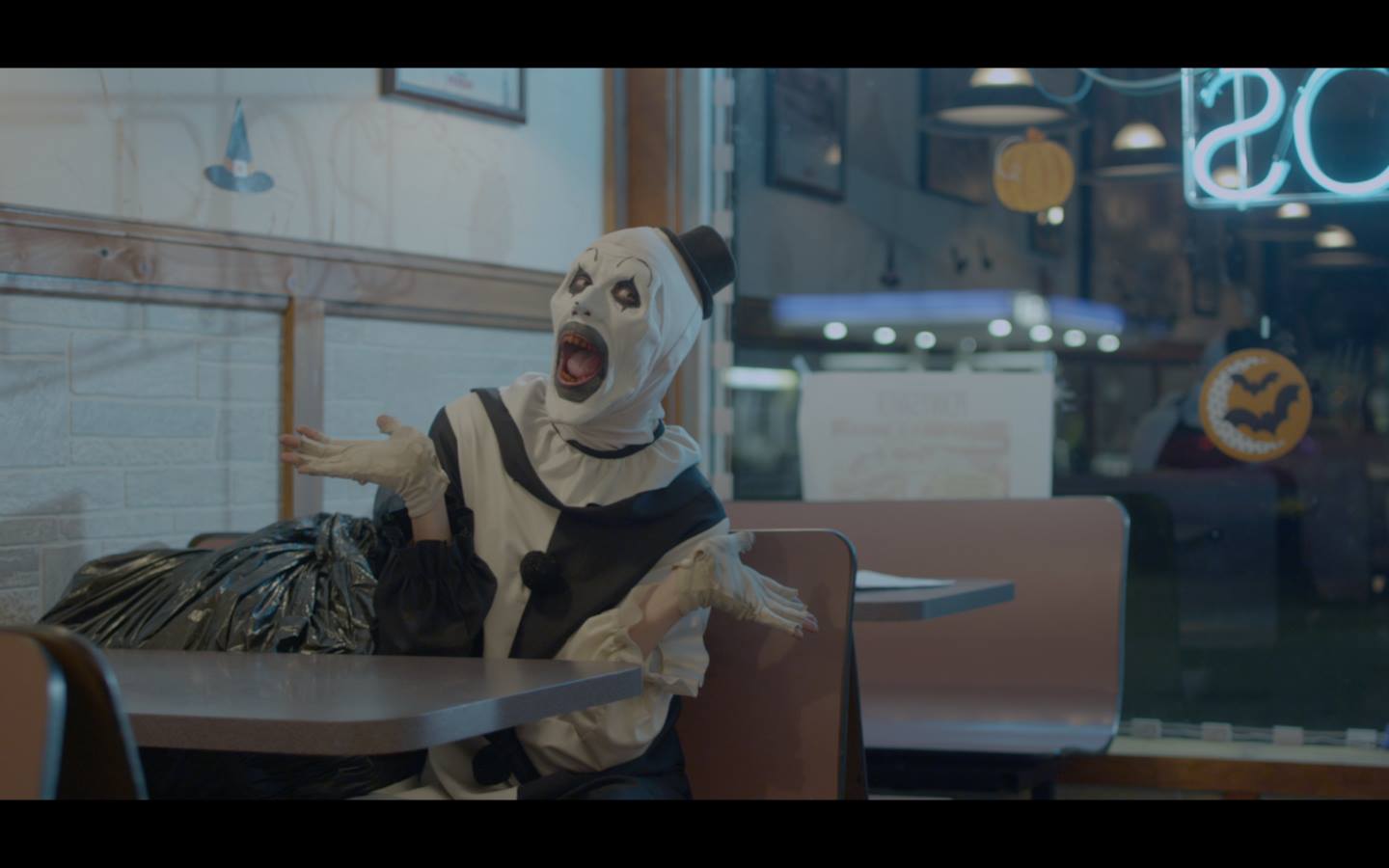 Art the Clown (David Howard Thornton) is the brainchild of Damien Leone, from his 2011 short film of the same name. The short film then evolved into the criminally underrated 2013 anthology film ALL HALLOWS’ EVE, in which Art is involved in each story, but his reveal at the end actually left me with goosebumps. He’s tied to each story, but not really the focus until the last story and wrap-around segment. TERRIFIER seemingly picks up where ALL HALLOWS’ EVE leaves off. Damien Leone and Art the Clown definitely left us some unfinished business that was begging for the feature film we’ve now received.

TERRIFIER starts off with a bang. It shows Art gearing up for another Halloween night, while grabbing his many tools of the trade. Knives, saws, scalpels, and all manner of nastiness are making their way into Art’s black bag of mayhem. I do mean mayhem in the literal sense, as in “the crime of maliciously injuring or maiming someone, originally so as to render the victim defenseless”. As Art suits up and straps up in preperation for his night on the town, a talkshow plays in the background with the only survivor of his crimes from ALL HALLOWS’ EVE. As the interviewer is speaking to the victim, her face is obscured…until it isn’t! I actually gasped when her face is revealed to show a facial disfigurement as gruesome as any I’ve ever seen. Not only is it absolutely chilling to the core, but also it is apparent that a good amount of the films resources went to perfecting the special makeup FX, which will become very apparent as the film goes on.

We are next introduced to two scantily clad young ladies named Dawn and Tara (Catherine Corcoran, and Jenna Kanell) who are calling an end to their Halloween night festivities. As the two ladies drunkenly search for their keys, Dawn spots the black and white clown staring at them from a dark alley. Rather than reacting with fear, Dawn shouts, “my friend thinks you’re hot” to which Art flashes his black-toothed grin. Tara seems a little more alarmed by this character than her friend, so they decide to wait it out in a nearby pizza parlor. Well, Art follows them and makes things uncomfortable. He stares at them and attempts to do some magic tricks that Tara is really not into. Tara is getting a little more tense, while Dawn finds the whole situation hysterical. It’s not like the clown would do anything in a well-lit restaurant with other people around…right?? WRONG! What starts off as a playful Halloween prank, quickly goes off the rails.

The two ladies leave and Art soon follows. Tara now realizes that this is not a prank, and Art is far from a good-natured trickster. Anyone that comes in contact with Art is going to meet a gruesome end, as horrible as your little minds can fathom. The way in which Art dispatches his victims is truly, truly horrific. I can’t stress that enough. Especially if gore is not your cup of tea…Because gore is DEFINITELY the thing in TERRIFIER. 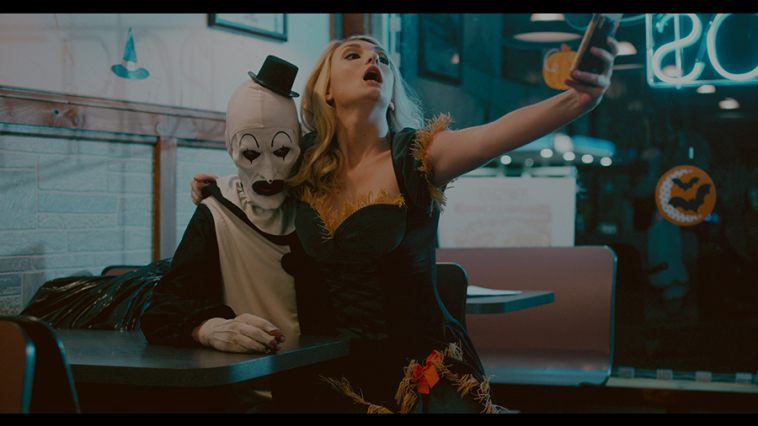 TERRIFIER is not big on narrative, or explanation, which is not really the focus of the film anyway. The focus seems to be more about how much carnage Art can accomplish with the people that cross his path. His only motivation seems to be hacking people to shreds, and gleefully doing so. The on-screen violence is insanely graphic and definitely not for the squeamish. It appears that most, if not all, the special FX are done practically which adds to the realism of the events taking place. Art is a silent killer, and we don’t know anything about him. This will either annoy you, or add to his mystique. I found myself questioning whether or not he was even human at all. It almost seems like he was some sort of hell spawn who shows up every Halloween night to paint the town red.

TERRIFIER seems to be a throwback to the bygone days of mean spirited 80’s slasher films; down to the synth music and practical gore FX. They just don’t make them like they used to, and TERRIFIER is here to show us that it’s more than up to the task. Sure there’s some cheesy dialogue and acting, but I saw it as intentional in order to pay homage to those films that came before it. The film has a lot to offer, and Art is full of surprises that I doubt you’ll see coming. It plays with the conventions of slasher cinema in several ways by adding some twists to the “final girl” dynamic, as well as making Art a menace of an unfamiliar variety down to the tools he decides to use in certain moments. 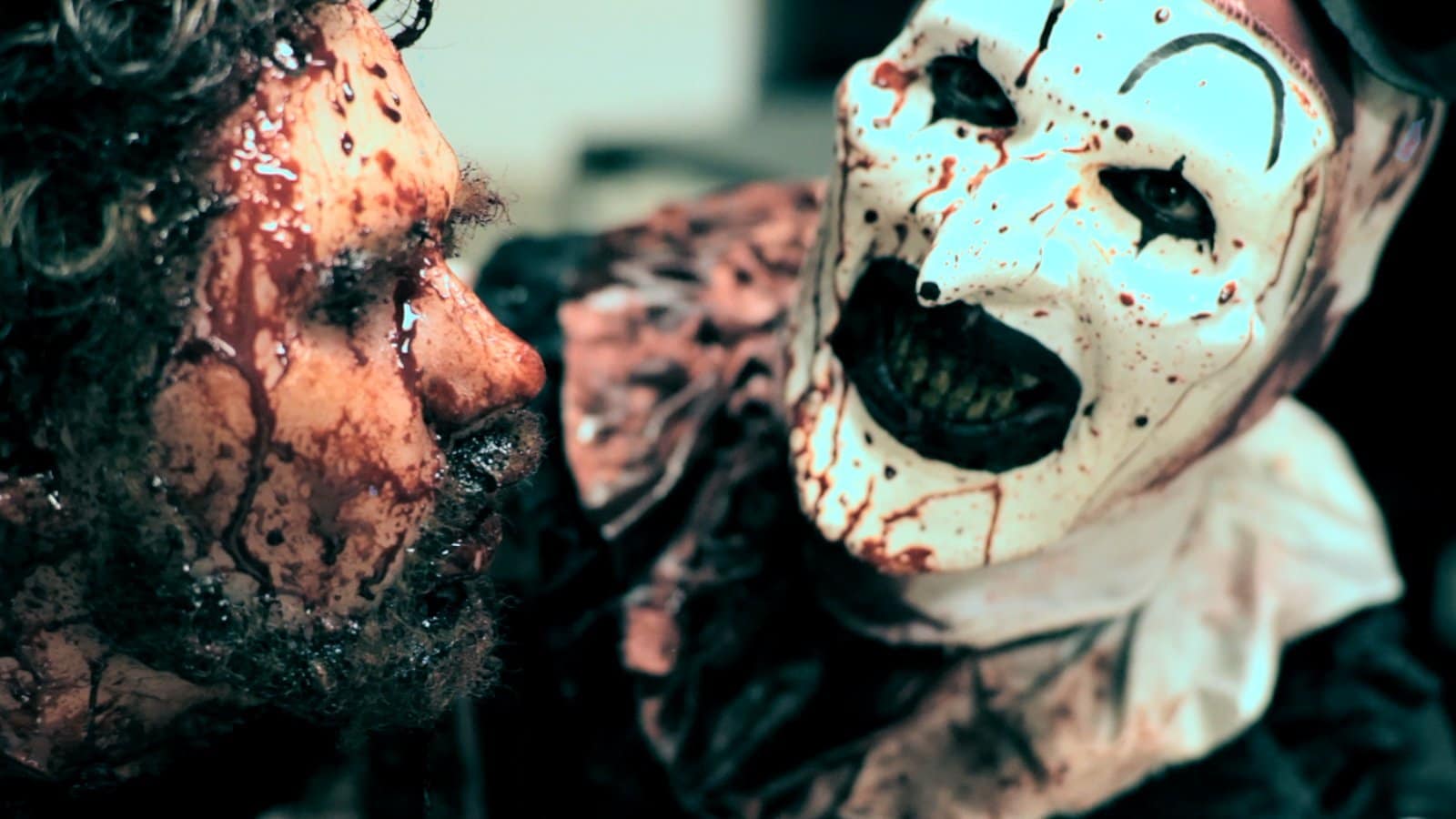 My only regret is not seeing this film with an audience, as I would imagine it’s an absolute blast. It’s definitely got MAJOR franchise potential and I would love to get a little more background on Art’s character, though it’s not essential to enjoying the film. David Howard Thornton brings the character to life in way that is almost too close for comfort. His interpretation of Art the Clown is a revelation, and deserves to be in the pantheon of slashers right next to Mike & Freddy. I for one hope we get more of this character, and I can safely say that Art the Clown will undoubtedly be a part of my Halloween watch list for years to come. If you’re scared of clowns, you won’t be sleeping any time soon.

INTERVIEW: WHAT KEEPS YOU ALIVE (SXSW)