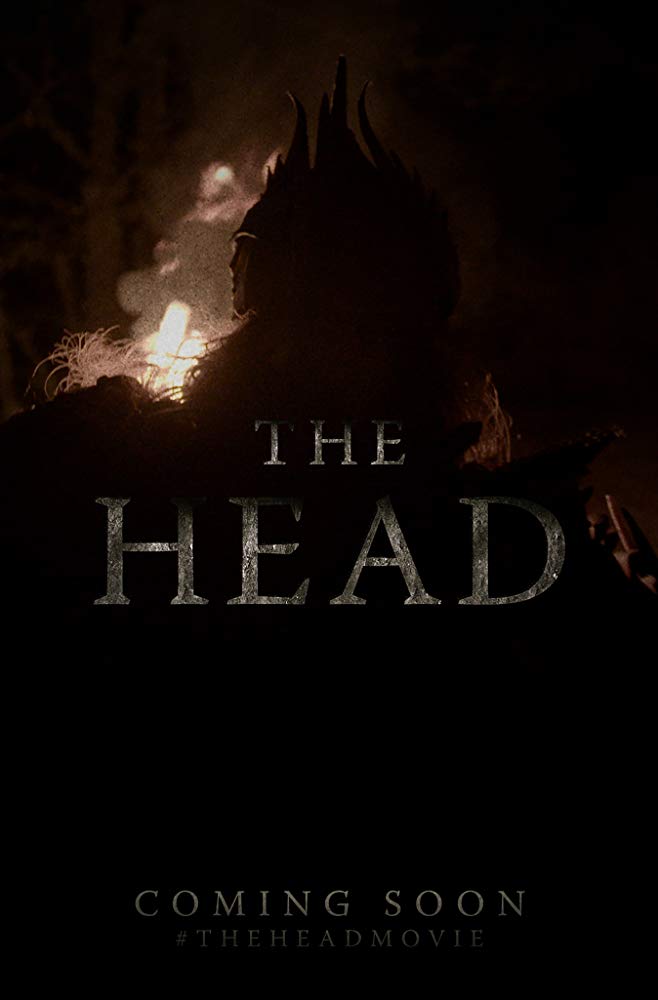 The beauty of covering film festivals is the possibility of discovering something new. You just never know what treasures the programmers have discovered, and sometimes you just need to take the plunge on something unknown. This years Telluride Horror Show provided this writer with one such pleasure…namely a film called THE HEAD. Up until just a few days ago, this twisted little creature feature didn’t even have an IMDB page or any reviews to speak of. In addition to leaving no breadcrumbs for my journalistic talents to dig into, the program simply features this one-sentence synopsis “a medieval bounty hunter seeks vengeance on the monster that killed his only daughter”. I had to get to the bottom of this. 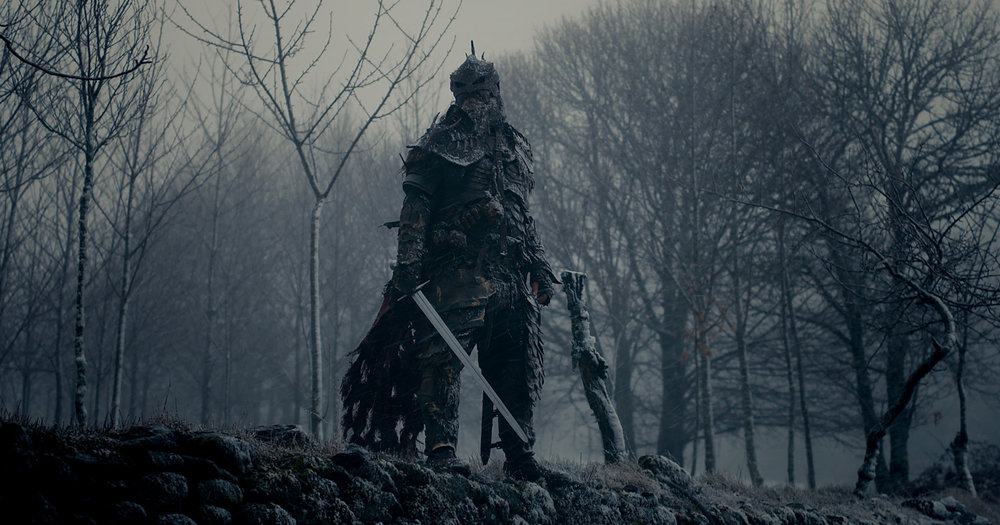 Naturally my curiosity got the best of me and I couldn’t resist seeing what the hell this movie was all about. I can tell you that this badass little film was easily the biggest surprise of the fest, and a very unexpected one at that. The festival seemed to focus on minimalist horror stories this year, and THE HEAD certainly fits that bill. However, whereas some of the other features were tight and claustrophobic, THE HEAD reaches for a grand scale and epic landscapes reminiscent of some larger known Tolkien properties.

THE HEAD is the story of one man (Christopher Rygh), alone in the wilderness. The man is a behemoth of a specimen, looking like he was ripped right off of a call sheet for VIKINGS or maybe a 300 reboot. Instead, this man lives alone in the woods. The long epic landscape shots give us the feeling of a cold isolated world this man inhabits alone. Although the films producers revealed that the filming location was actually in Portugal, it definitely felt like something closer to Norse mythology, maybe more Scandinavian than European. 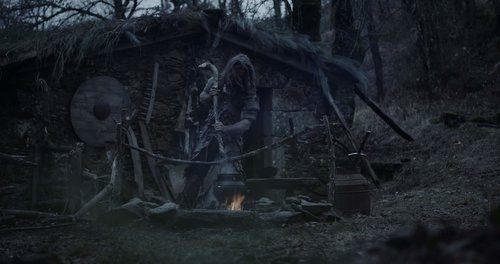 The man sharpens his weapons, chops wood, harvests some sort of mystical mud…and he waits. When the horns blow in the distance, it means it’s time for the man to armor up and put in some work. Each time the man returns, he’s clutching a bloody burlap sack containing the head of the creature he was called upon to destroy. As big and brutal as he is, he also returns each time with some serious wounds to take care of. It becomes clear that the heads of these creatures are his rewards as he whittles a wooden pike on which to mount the head of whichever creature he has defeated this time. A slow backward zoom shows us an entire wall full of the heads of the monsters he’s defeated, letting us know that this is the man’s sole profession…and business is good! The mud he harvests heals his wounds, until the next time he’s called into action. His wounds are much more than superficial, so it’s clear that the mud contains some mystical properties. 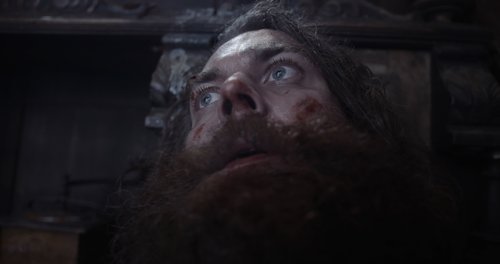 Through a series of flashbacks, it is revealed to us that one of these creatures is responsible for the death of his daughter. Now the man waits to meet this creature each time he’s summoned. Each time the horn blows; he rides to an arrow stuck in a tree revealing a scroll with an illustration of the creature he’s been called upon to dispatch. You can sense his frustration each time it’s not the culprit he wants.  Until finally, it’s time for the fight he’s been waiting for.

The man suits up in his incredibly cool looking Viking armor and it’s time to vanquish this beast. As usual, the man returns with the head in a sack, and throws it across the floor. This time he’s wounded much deeper than usual. The man passes out from his injuries, and when the wind blows over a jar of the sacred mud, the mud drips onto the sack saturating whatever may lurk inside. Now the real battle begins, and the man may have created an adversary more dangerous than anything he’s faced before. 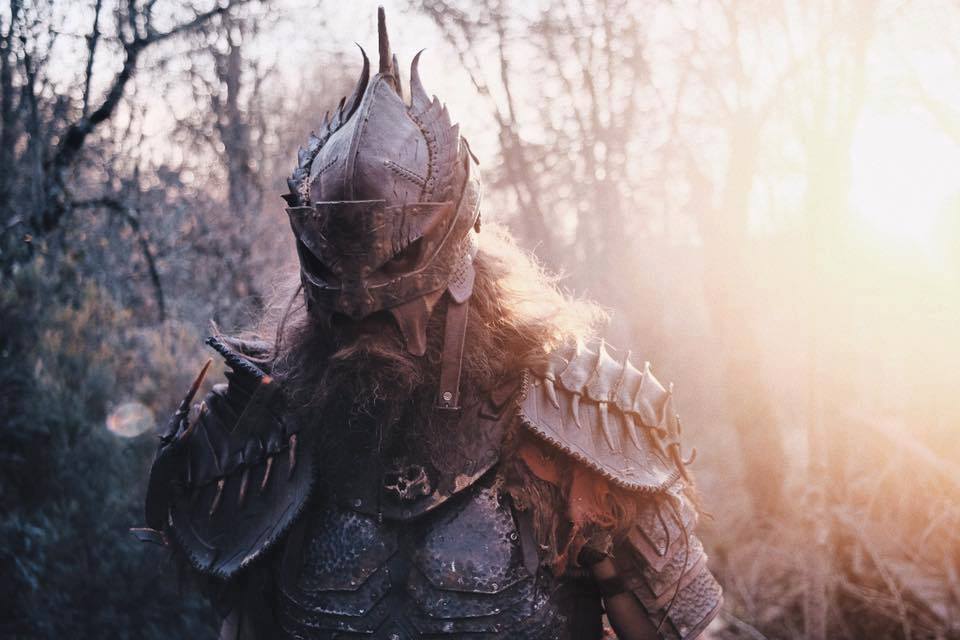 Part of the genius of this film is leaving most of the battle sequences, and even the creature design to your imagination. That’s not to say that we aren’t treated to a number of nightmarish creatures, because we are. They’re just mostly in the lifeless decapitated form that our hero returns with each time. The main creature is a fun revelation, and if I remember correctly, both producers did mention that all of the special FX were in fact practical. I won’t give you any more details, except to say that final frames left me grinning from ear to ear, and the ending even elicited some impromptu applause from those in the theater. It was nothing short of brilliant and a completely satisfying conclusion to this minimalist creature feature.

Although director Jordan Downey couldn’t be there, producers Kevin Stewart and Ricky Fosheim were there to intro the film. Kevin Stewart revealed that the filming location in Portugal was the village his grandmother actually still lives in. While Ricky revealed that the film was basically the three of them, and it was funded almost entirely from selling props from their previous films…the THANKSKILLING series. I can’t imagine this budget was very large, but you certainly wouldn’t be able to tell from the finished product. 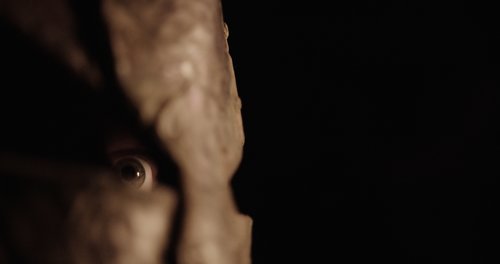 THE HEAD is a sharp departure from the THANKSKILLING films, and it proves that these gentlemen can make a lean and mean little creature feature without being silly or campy about it. THE HEAD was one of my favorite films of the fest, and it’s one I’ll definitely be keeping an eye out for. THE HEAD exists in its own universe alongside some of the greatest horror/fantasy epics of the modern era. I would personally love to see this universe expanded and I think it has that kind of potential. Until then, it goes to show you that taking a gamble can sometimes have delightfully unexpected results.