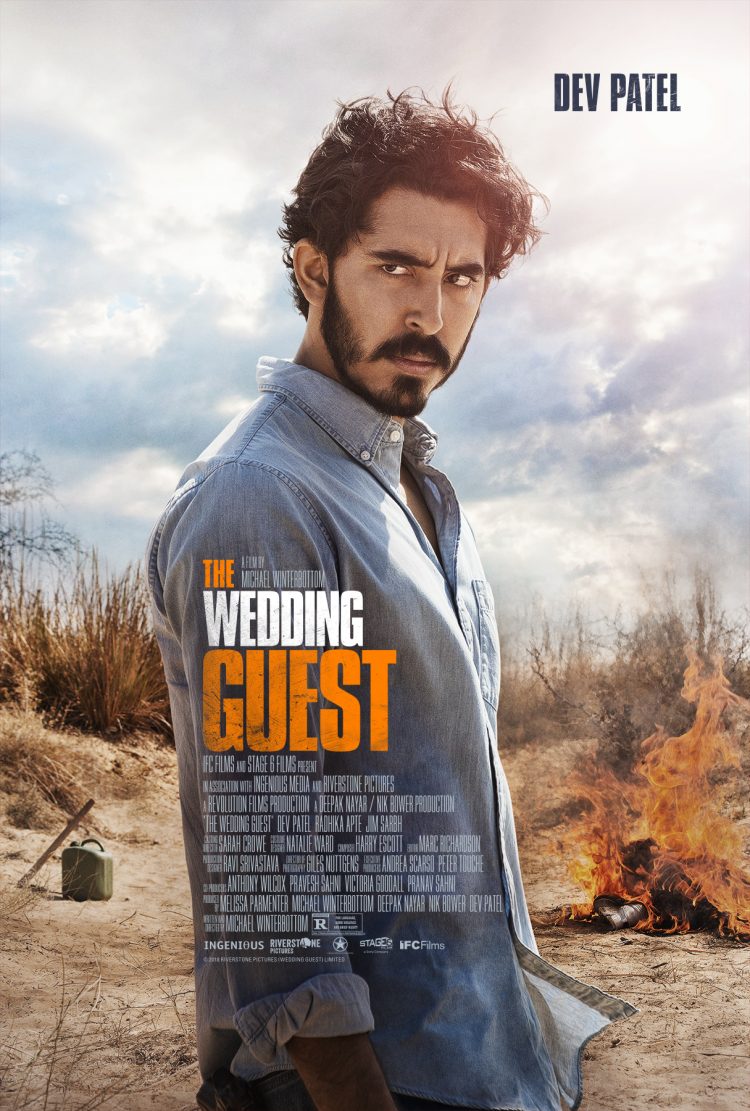 THE WEDDING GUEST premiered at TIFF in 2018 to an audience that would be the first to see Oscar nominated actor (and one of this films producers) Dev Patel as never before.  With it’s March 1st release from IFC the rest of us will get to see the darker side of Patel and the underbellies of both India and Pakistan. 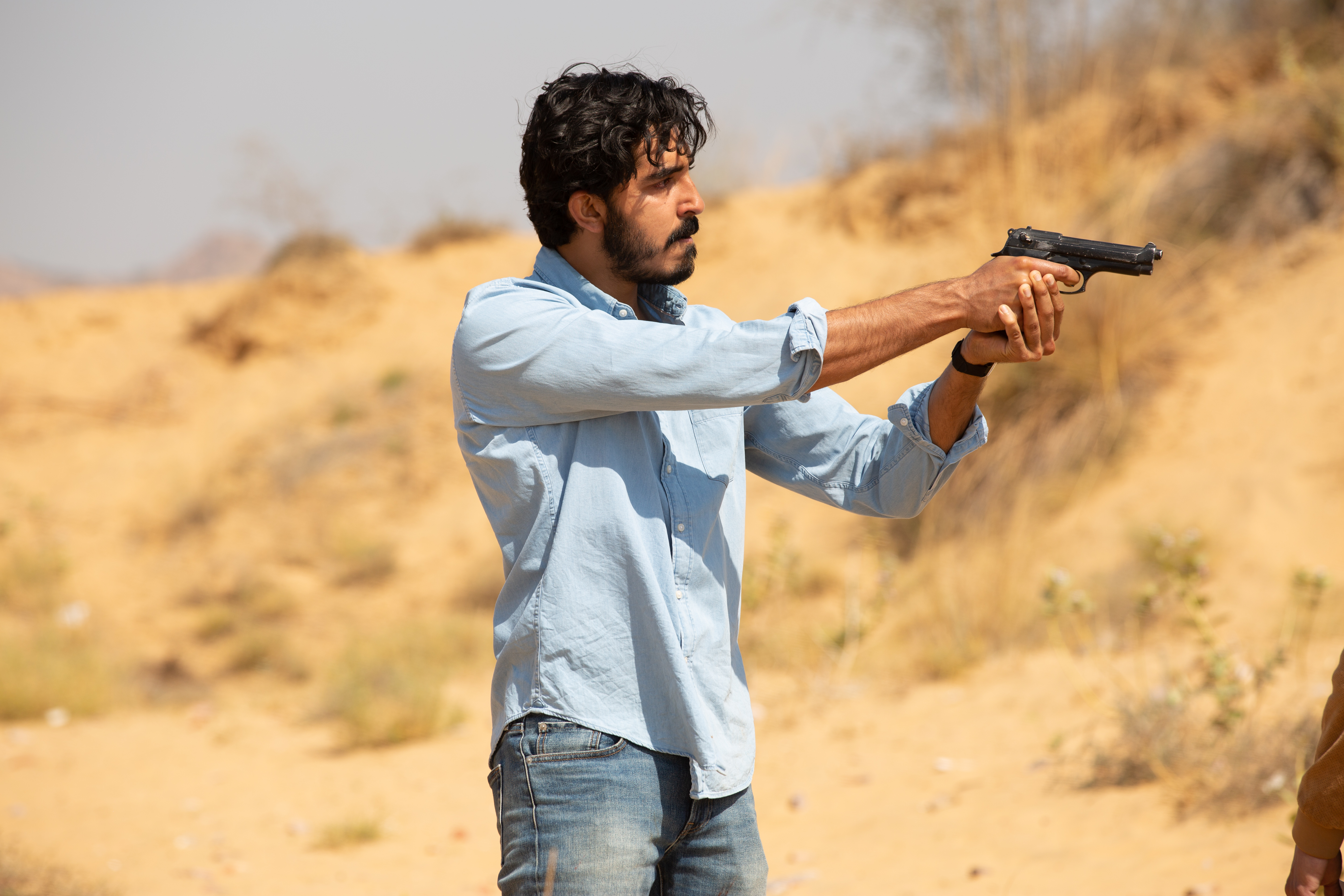 Directed and written by Michael Winterbottom , THE WEDDING GUEST is a thrilling film (for the most part) about Jay (played by Patel) who carefully treks through Pakistan and India to kidnap/save a young woman from an unwanted marriage. The movies intentionally slow plot reveal keeps a firm grip on your intrigue and attention while the scenes play out. I am the type of person that when watching a film I ask a ton of questions, naturally. I need to know what’s going on right away. I am prone to impatience and have instant gratification issues, I suppose.  That means that while watching this film, I found myself thinking: Why is he going there?  Who is that girl? Where are they going? Why is he telling her that? These questions unhurriedly get answered by the end. And while I overall enjoyed the films characters and scenes, I consistently found myself struggling with its pacing. 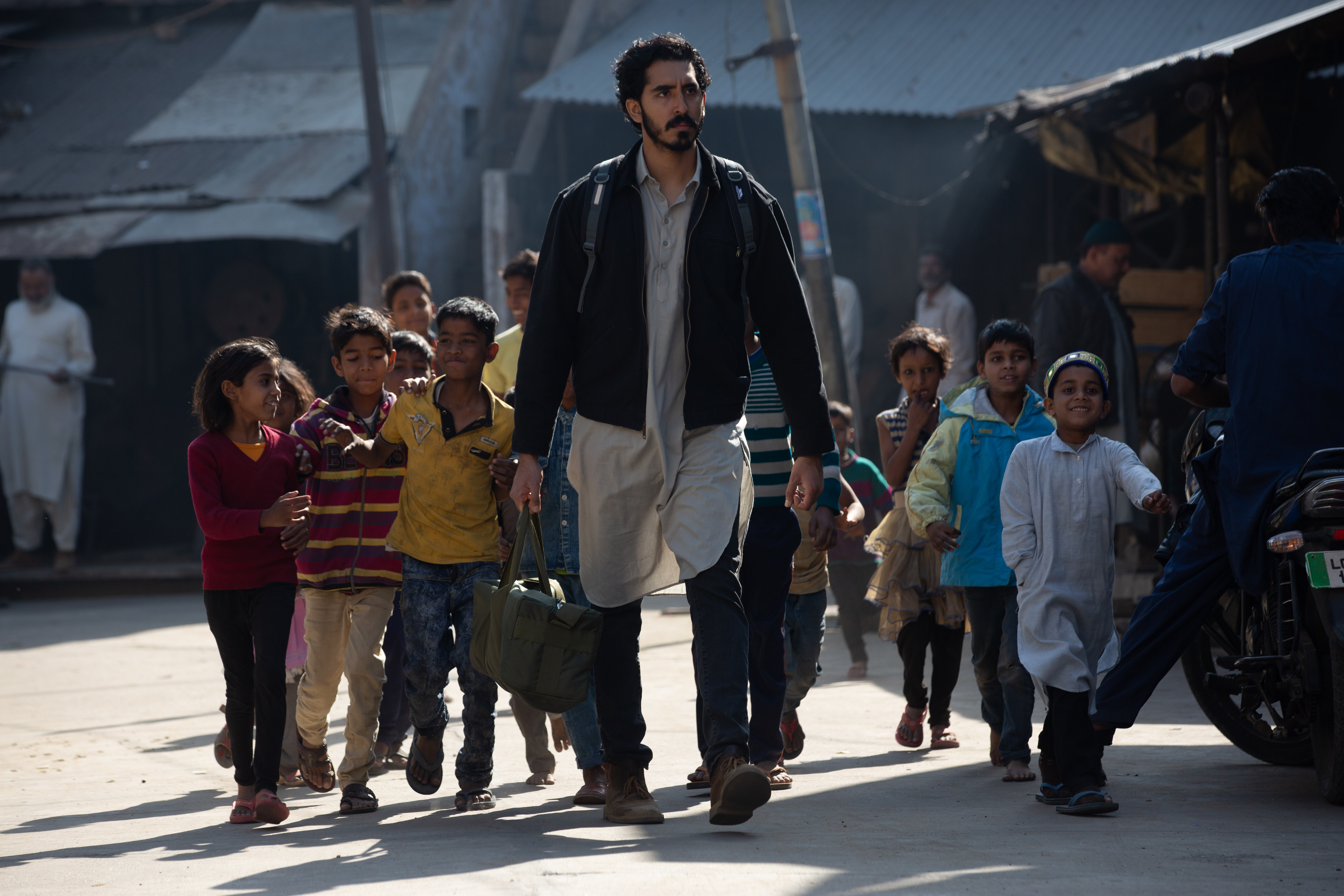 The film stars Indian actor, Dev Patel and Lord have mercy is he the embodiment of physical perfection. It is jaw dropping, honestly. Despite my love of him, he’s a total asshole in this film. He has no remorse, no love to give, a total “YOLO” vibe and for some twisted reason, I was living for it.  The other character the film revolves around is Samira (Radhika Apte), the woman who gets kidnapped/saved by Patel.  Apte gave one hell of a wonderful performance.  This has to be a hard role to play, I mean you’re happy to be out of the forced marriage but in turn it forces her to be away from her family forever. With her face plastered all over the international news, she does not have the luxury of living the free life she imagined. She’s basically stuck with a very attractive, crazy and unpredictable man. It has to be equal parts sadness and excitement for this character. She does a great job of balancing these emotions.She was selfish, uncontrollable, unpredictable and I anticipate seeing her in many more films. 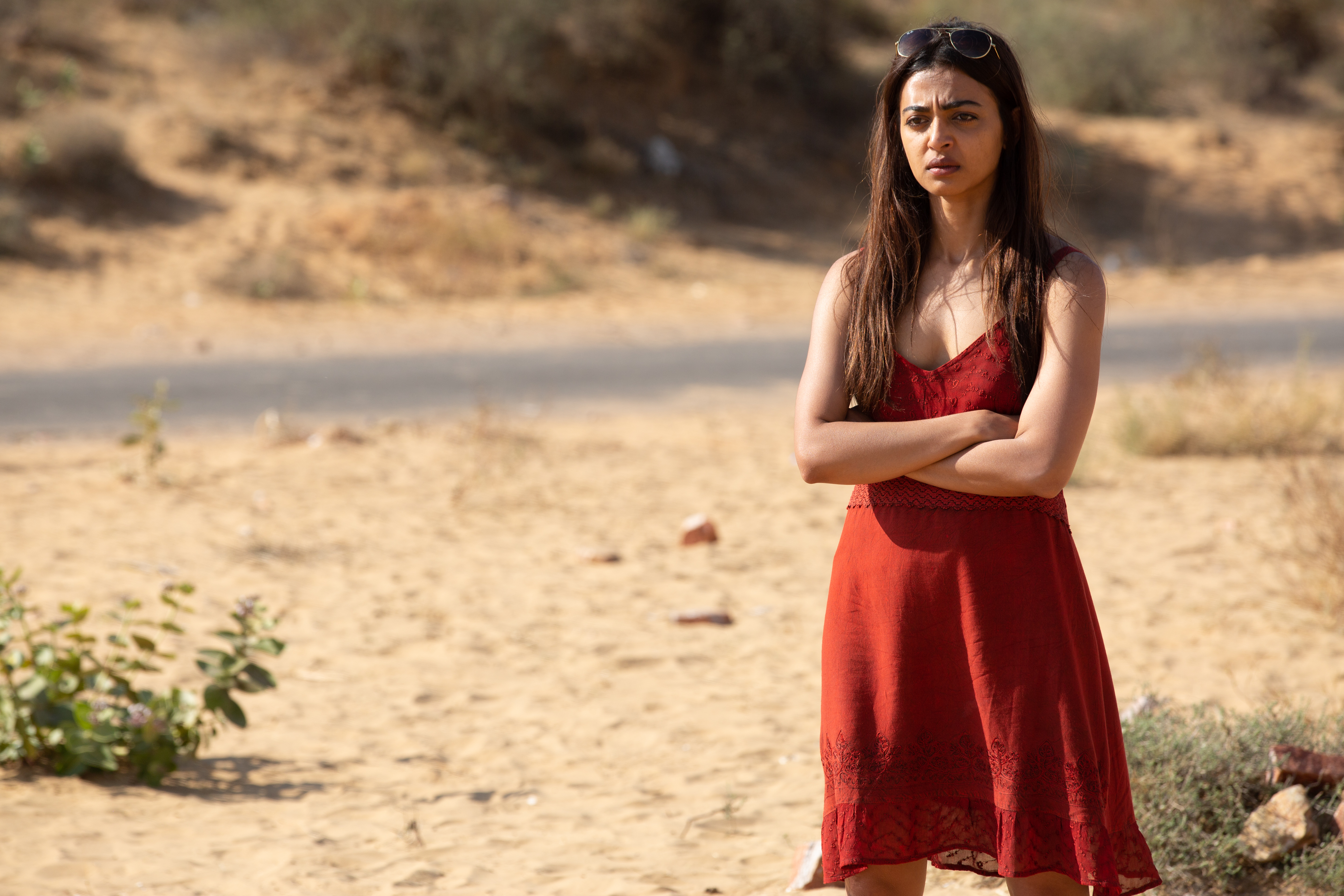 Another real highlight was the editing and filming through the Pakistan and India borders. It was a beautiful yet depressingly powerful backdrop that added to the suspense and chaos of the film.  People everywhere, loud sounds, decrepit businesses hanging on by a thread, cars weaving in and out of the undeveloped roads all vigorously added to the effectiveness of the story line. I really enjoyed getting a peek inside these worlds. 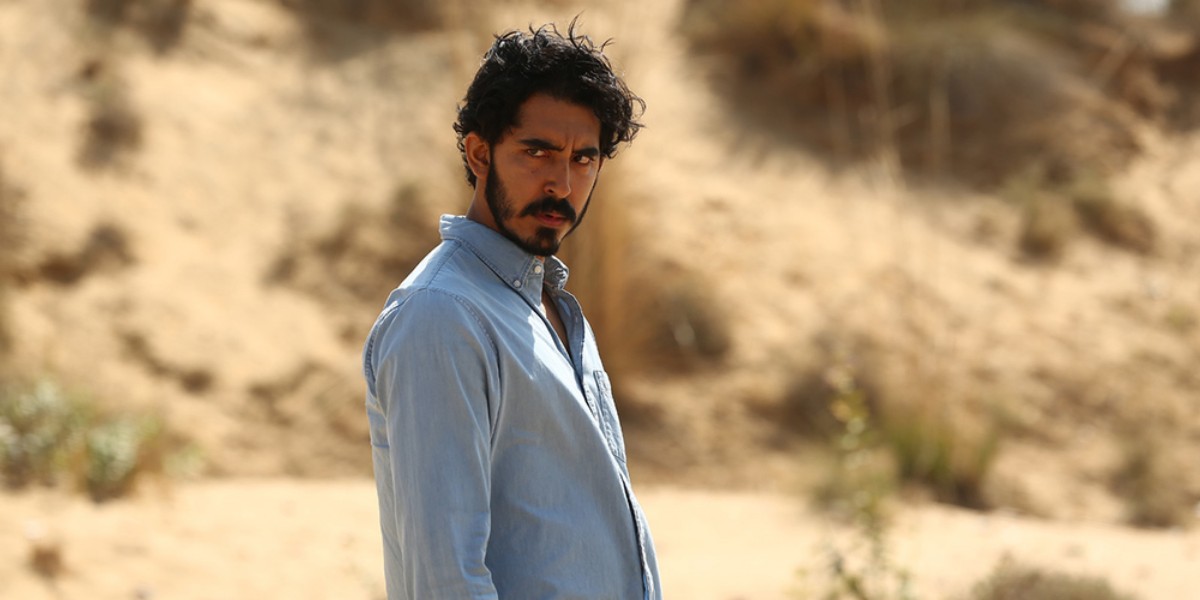 Although both character’s personal relationships portrayed a very detached connection with no passion; the acting was undoubtedly phenomenal. The look in their eyes and faces in general portrayed the emotions of uncertainty, selfishness and detachment flawlessly. I was very impressed with this aspect of the film. That being said, casting incredibly talented actors does not a good movie make and doesn’t make up for the films underwhelming ending. 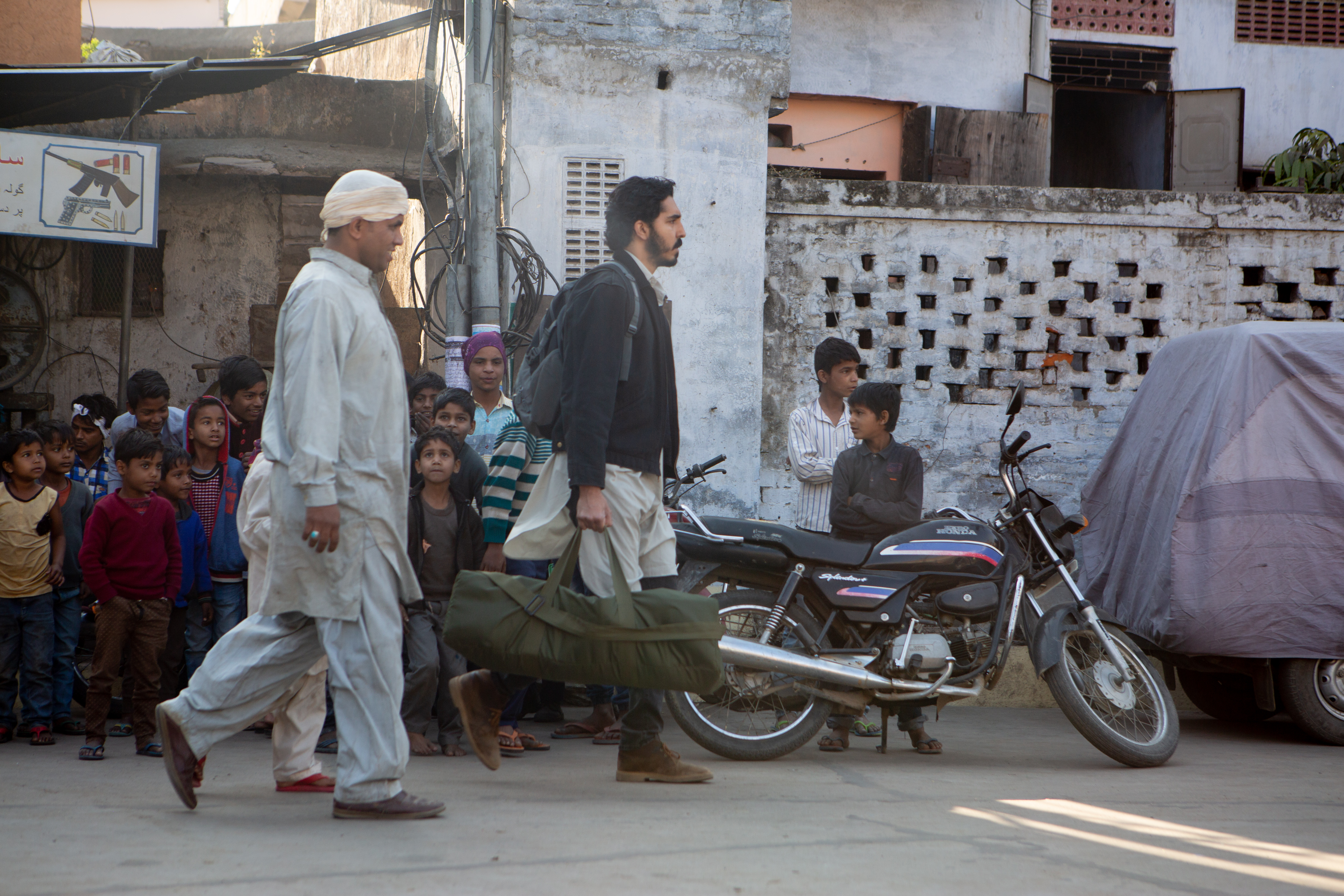 You have a very slow storyline here but it keeps you locked in for the simple fact of trying to figure out what the hell is going to happen.  In the end I was just like…Oh. Ok? That’s it? I was surprised when the credits came on because I was hoping for the big payoff or reveal. A less predictable ending would have added some strength to the whole picture. 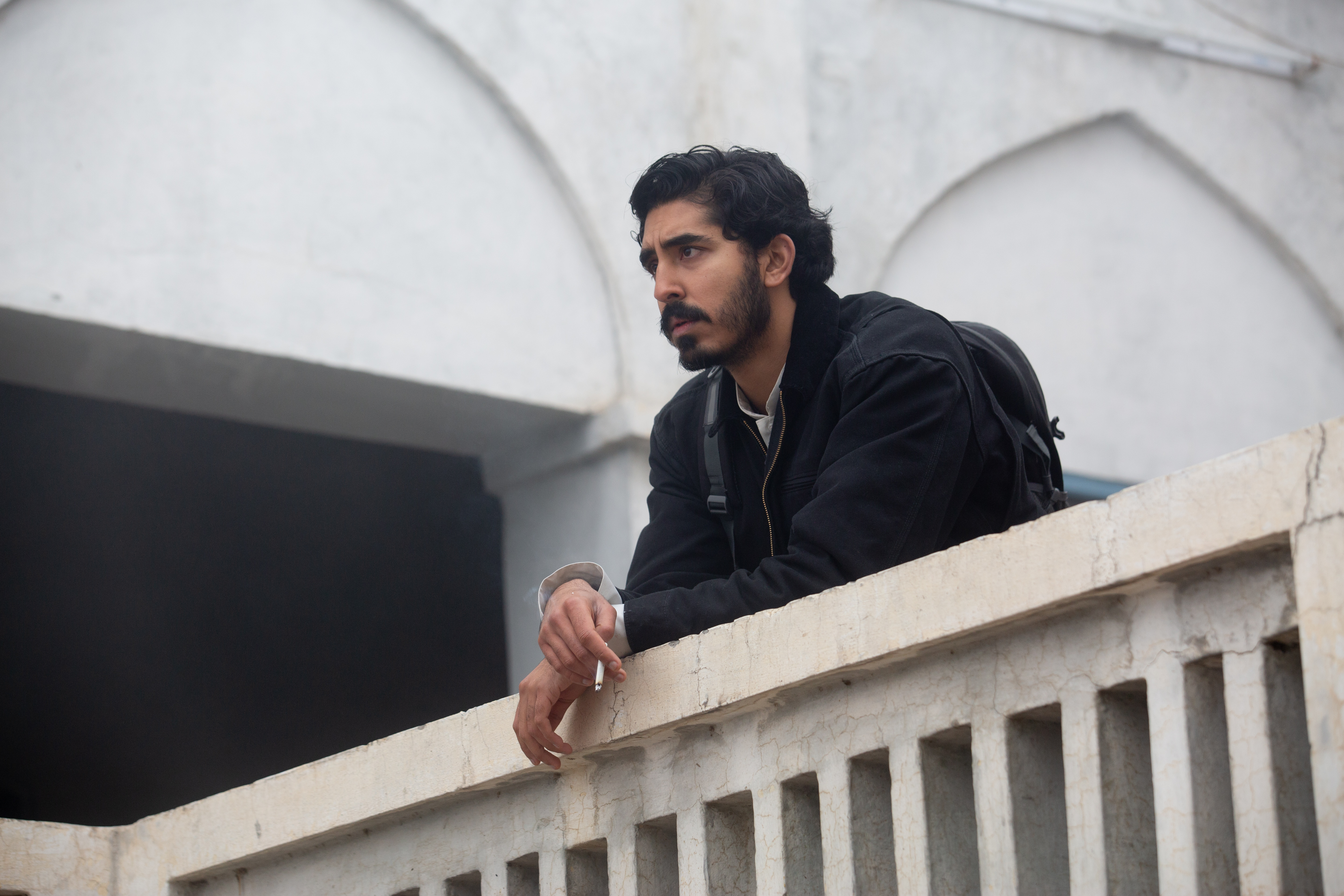 I give this movie 3 tombstones simply because of the cinematography, quality acting across the board and Patel being so incredibly mesmerizing. That being said, it is slow at times and that frustrated me. The dissapointing ending also added to a less positive review.

THE WEDDING GUEST opens in theaters across the US on March 1st. 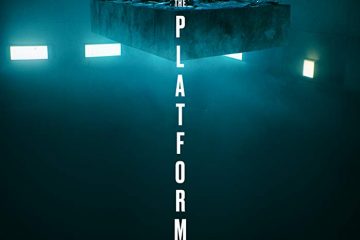