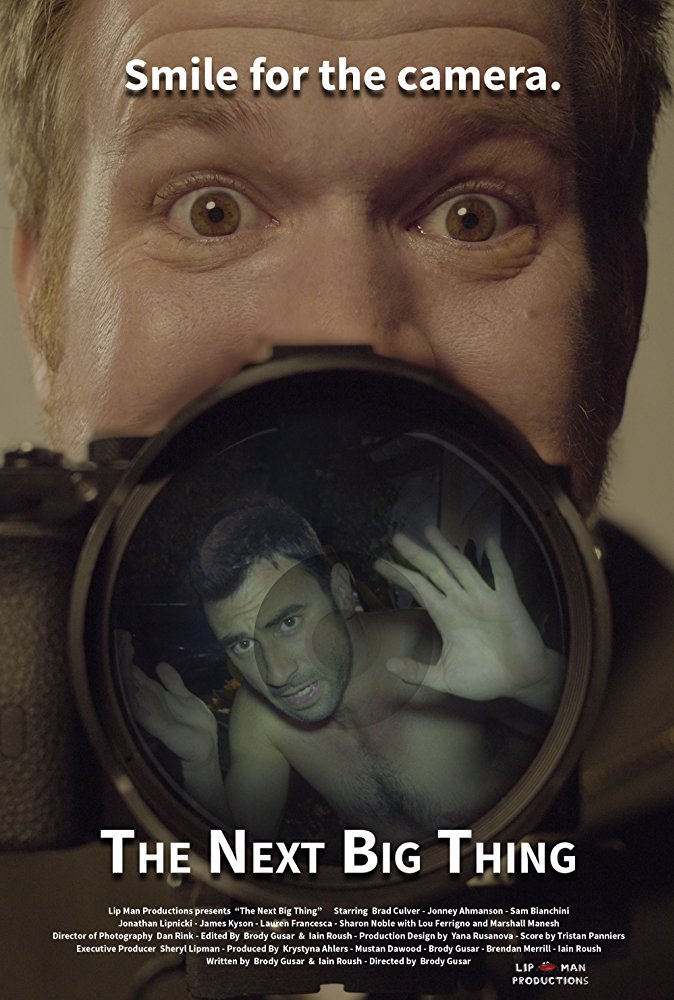 Brody Gusar is no stranger to horror. He is not only a fan, but the editor of some of the genres finest specimens such as CHEAP THRILLS, STARRY EYES and MOHAWK. We got to sit down with Brody and pick his brain (figuratively, not literally of course) about the ins and outs of film editing, his move into the directors chair and his film THE NEXT BIG THING.

FEAR FOREVER (FF):  Tell us a little about yourself and what got you into being a film editor?

BRODY GUSAR (BG): Luck is what got me into being a film editor. I was working for a really cool production company (New Artists Alliance) as an assistant to the producers, and man was I bad at being an assistant. I was eventually fired, but my boss Gabe Cowan immediately gave me the chance to move up in the world by editing my first feature, CHEAP THRILLS, and I’ve continued editing ever since.

FF: Everyone has their own idea of what your job would entail, but can you walk us through the tasks involved and what you are responsible for as a film editor?

BG: Post production is of course a huge part of the film-making process and as the editor you are making sure that the story that the director is trying to tell is clearly understood and enjoyed by the audience. Each film is different and has it’s own set of quirks, but I’ll walk you through how it often goes for me. I prefer to be brought on before the film starts shooting, but generally I’m brought on after principal photography is finished. An assistant editor will sync the sound to the footage and organize it in whatever editing program we’re gonna use. Sometimes the assistant editor will do an assemble, but I prefer to do it myself. When I get to, I take 2-3 weeks to watch through all the footage and put together the assembly of the film. This version is the worst version of the film and it should never been seen by anyone, unless they want a good laugh. From there you just keep working on the scenes and putting in temp sound and color and music. Like writing, you keep revising scenes and getting feedback until the editor and the director (or whoever had final cut) feel like the movie has reached picture lock. 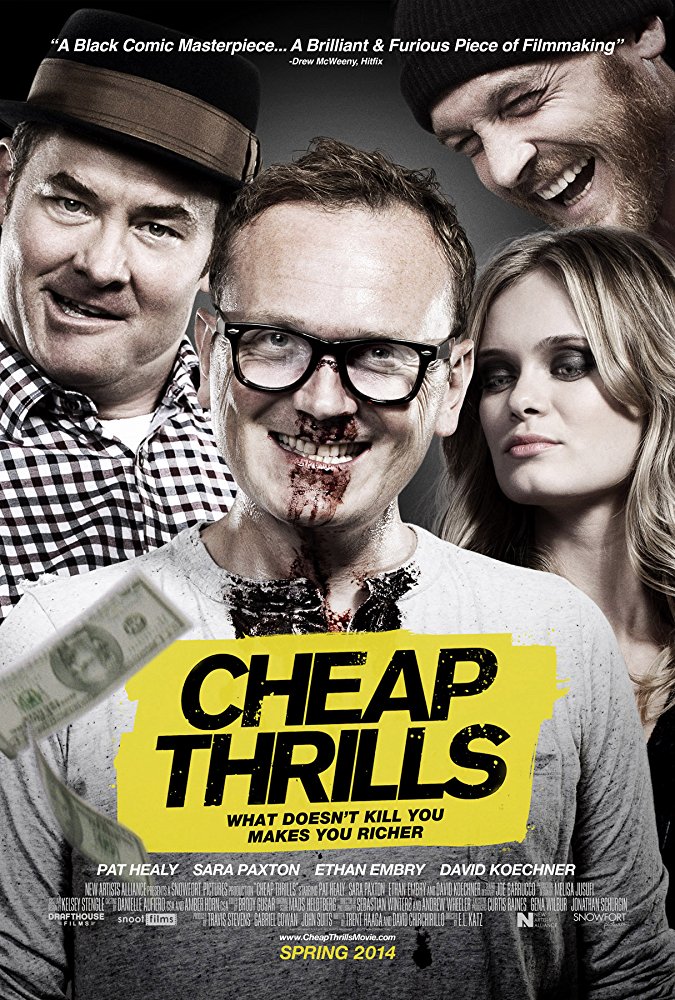 FF: How have the advancements in the technologies used in modern day film making such as digital cameras, drones, CGI etc. affected what you do and how you do it? Do you think these advancements are a positive or a negative for the future of film-making?

BG: As an editor, other than new codecs and increasing size of the files used, none of the new technologies matter much to me. At the end of the day I’m given footage and I’m gonna do everything I can to turn that footage into an enjoyable film. The exception is VR (Virtual Reality) and AR (Augmented Reality) which pose their own specific editorial challenges.

FF: What is your biggest film editing pet peeve as a viewer?

BG: I am blessed with the ability of being a very easy audience and can usually find a reason to enjoy whatever I’m watching. Something that does irritate me, and this is more writing than editing, is when things are too easy or convenient. A good generic example is a scene where two characters are about to kiss and a phone rings, or someone is stranded and just happens to stumble upon someone who happens to leave their keys in their car.

FF: If you could give one piece of advice/ tip/ trick to aspiring film editors what would it be?

BG: Giving one is tough so I’ll give a few if that’s okay. 1st, watch things that are similar to what you are going to edit. Some people like to not be affected by what’s come before, but I think the best art improves upon what has come before and knowing what has come before is important for that. 2nd, it is sometimes helpful to get brutal with the cut and make a version of the film that is the quickest, most bare bones version possible. Directors (especially writer/directors) will sometimes balk at this, but when you cut things to the very bare essentials it’s easier to see what needs to go back in and what doesn’t, what is and isn’t necessary to tell the story effectively. Lastly, make sure that you are the champion of the audience and try to make your decisions on what serves the audiences interests. Occasionally a director will want to do something that is more about their ego or a cool shot than what will tell the story in the best way possible and if you think that’s happening it’s your job to voice your concern, not that that gives you permission to be a jerk about it. 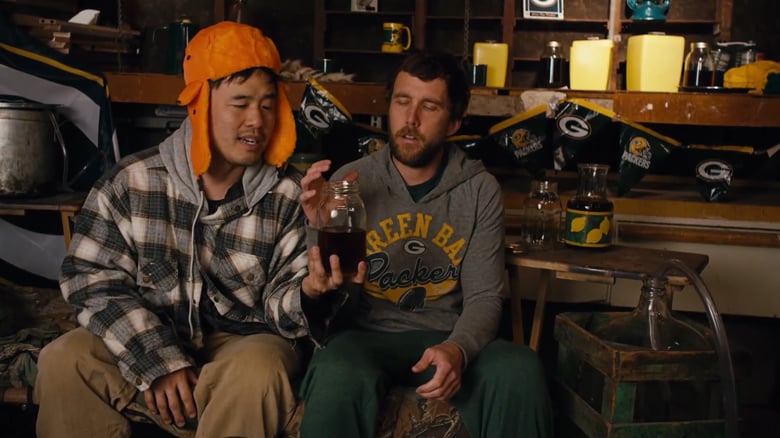 FF: You have not only edited some really great horror and genre films but you are also a horror fan! What are your major horror influences?

BG: Hands down my biggest horror influence is THE SHINING. The performances and the imagery and just the feeling it instills in the viewer are incredible. Kubrick wasn’t a “horror director” he was just a good director. I also like horror films with a lot of gore and violence and find action oriented horror films really enjoyable to cut.

FF: Your film, THE NEXT BIG THING is your first foray from the editing suite to the director’s chair. What was it like making this transition?

BG: Terrifying. I don’t usually find editing stressful, even when deadlines are approaching, but there are so many more things you have to think about when you’re directing that it is overwhelming under the best circumstances. That being said I absolutely loved it and think that all editors should direct a film (and all directors should edit a film). You learn a lot being on the other side of the line. I think one benefit a director coming from editing has is that it is easier to cut things you like but aren’t necessary to tell your story.

FF: You are also credited as one of the writers of the film, where did you draw the stories inspiration from?

BG: I, along with my co-writer Iain Roush, have been friends for more than ten years and we drew a lot of what we wanted to do from out own relationship as friends. One other big source of inspiration is something said in the climax of the film. I don’t want to spoil it, but basically I wanted to make a film that was crazy and different than what I’d seen before from first time directors because I thought that making something like that would be the best way to stand out.

FF: The film is not exactly a horror, but you said it has some dark influences. What are they?

BG: I wanted very much to bend genres and so I pull things from different types of films. There is a very tense, horror inspired open, followed by jokes and comedy and by the end it’s transformed into a thriller. Also, the themes of the film and the price the protagonist pay are horrific to me.

FF: The film currently stands at a strong 8.8 out of 10 on IMDB. What can viewers expect from the film and what is it about it that you think is resonating so much with audiences?

BG: I hope they can expect to be entertained as that was my main goal in making the film, to entertain. Beyond that, I think people resonate with the film because there is a lot of commentary about reality T.V. and wanting to be famous and the dark sides to that, that people often over look. People love to hate on reality T.V. and YouTube culture and this movie definitely goes in that direction, but in my head it’s also a celebration of those things as well.

FF: Where can people see the film?

BG: The film is streaming on Amazon and can be watched for free if you are a prime member.

BG: Well, I’ve printed a bunch of DVD’s and put them in a backpack so I’m gonna go to mall parking lots and try to make the films money back. I’m joking of course! I’m working on a lot of different scripts right now trying to decide which one I want to pursue next.

I also edited a fun action thriller called MOHAWK which is coming out on March 2nd,  as well as another horror film that comes out later this year called I AM FEAR  that frankly, is brutally badass.

FF: Is there anything else you want readers to know about you, your film or your upcoming projects?