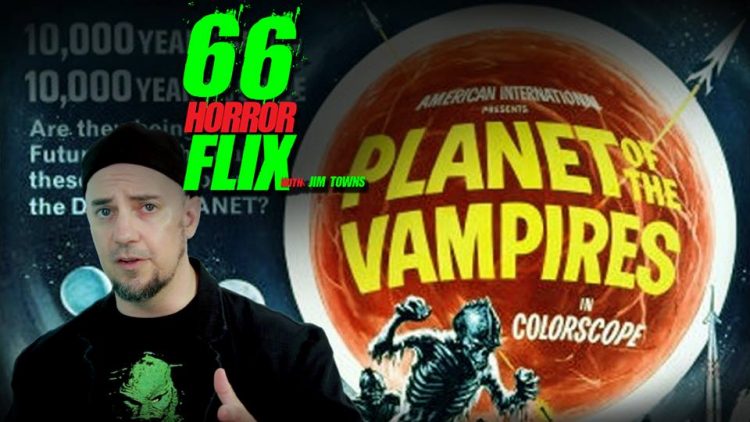 In keeping with the sci-fi and outer space theme we seem to have running here on Fear Forever lately, it seemed fitting to have this weeks episode of 66 Horror Flix continue the thread with Mario Bava‘s (BLOOD AND BLACK LACE, RABID DOGS) 1965 fashion-forward, outer-space freak out, PLANET OF THE VAMPIRES.

Our host and horror director Jim Towns (2 HELL AND BACK, BOXED) takes a look at the film that is rumored to have inspired Ridley Scott’s ALIEN, has an IRON MAIDEN connection and has either the worst or the best character name of all time. That my friends, is just the tip of the iceberg. Check out everything Jim has to say as he gives you a crash course on the film PLANET OF THE VAMPIRES on this weeks episode of 66 Horror Flix!

CONTEST: WIN A PASS TO THE MARIO BAVA RETROSPECTIVE AT THE ROYAL CINEMA TORONTO!