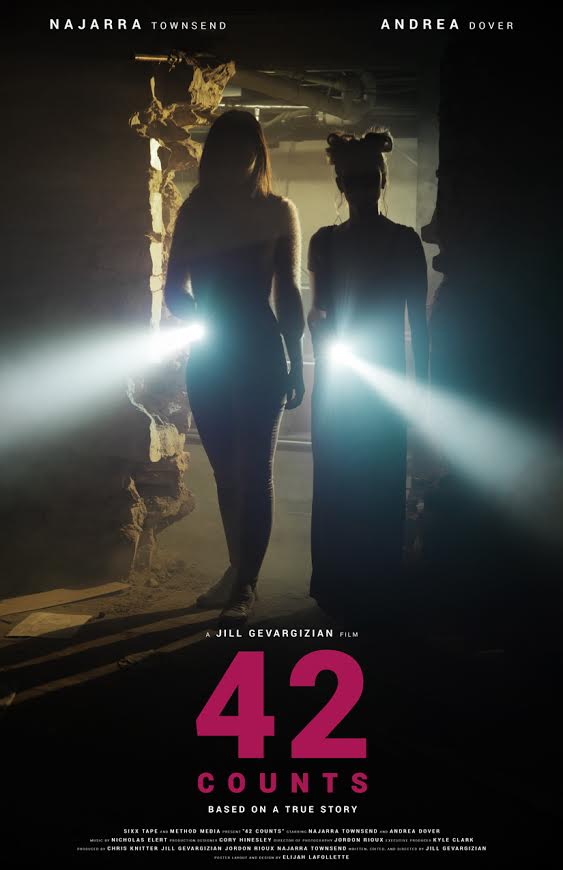 Screening this weekend at the TORONTO TRUE CRIME FILM FESTIVAL is the short film 42 COUNTS. Written, edited and directed by Jill Gevargizian, the film is based on real events with the title of the film referring to the number of charges laid against the perpetrator in one arrest.

Ava and Alicia are spending the night in watching films when Alicia notices a hole in the smoke alarm. They open it and discover a hidden camera. They search the rest of the house and come to the sickening realization that their landlord has been secretly recording them.

42 COUNTS acts as a stark reminder that voyeurism is not a quirk, it’s a crime. Specifically, that it is sexual assault and can have lasting impact on its victims. It is clearly a film that shows that harassment comes in various forms and degrees of severity but all of it is harassment, all of it is damaging and all of it is criminal.

A simple plot with no big twists, the film’s thrill factor comes from the editing and cinematography. It is a slick looking piece that uses what it has to the best of its ability.  I loved the pink and blue glow of the lighting, it really gave it a neo-noir vibe which compliments the subject matter. The score in 42 COUNTS is bold and dramatic and makes the film feel like a classic slasher, nudging this true crime short into the realm of horror.

42 COUNTS does a good job of making you feel as trapped as the protagonists. It persists in impressing upon us  that these people are not safe even in the “comfort” of their own home. The two leads carry this glimpse of real life horror fairly well, actresses Najarra Townsend (CONTRACTED) and Andrea Dover play the characters in such a way that you sympathize with them instantly.

Jill Gevargizian is one to keep an eye on. To date, she has made a range of interesting horror shorts centered around female characters and her work has strong feminist undertones which are always needed in the art of film.

42 COUNTS screens with THE STRANGER at this year’s Toronto True Crime Film Festival which is held at The Royal Cinema on the 8th  and 9th of June 2018.

“It is a slick looking piece that uses what it has to the best of its ability.”