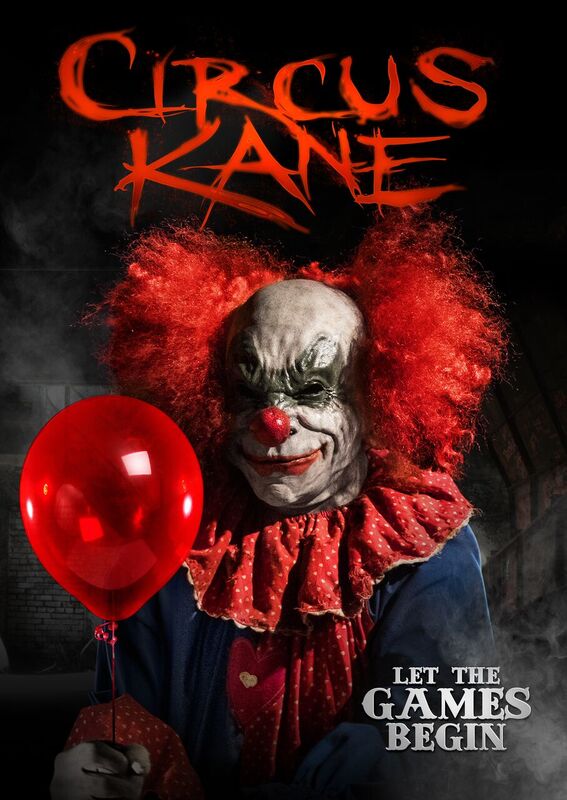 Clowns scare me. Clowns, snakes, possessed dolls and tomatoes. They all frighten the crap out of me. So of course, when presented with a screener for CIRCUS KANE, I shrieked with delight! Why turn down the next opportunity to be scared out of my wits by killer clowns (NOT from outer space)?

In the same style as Rob Zombie’s 31, or James Wan’s SAW, we are invited on a ride into the most extreme haunted house since McKamey Manor. Make it through, and win $250k. Simple enough, huh?

CIRCUS KANE is the brainchild of Magician/Zombie-Doppelganger/Clown-Maven, Balthazar Kane (played by Tim Abell). With his long dreadlocks and piercing white eyes, he has been scaring and exciting his audiences for decades, and now…just like Willie Wonka…he has sent out golden tickets to bring a random group of horror fans into the ultimate freakshow: Kane’s home. 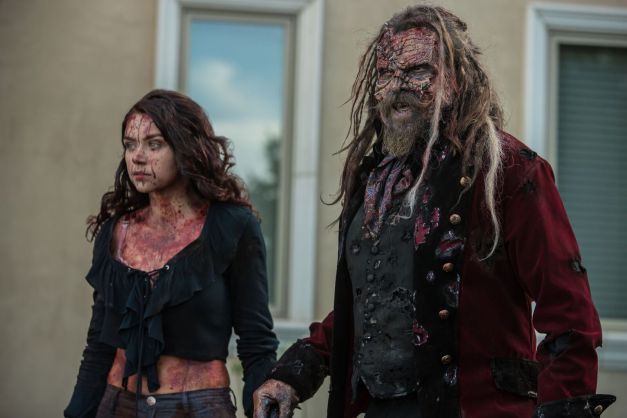 The motley assembly of horror buffs include a thief named Scott (Jonathan Lipnicki), a club-kid, a gamer (Mark Christopher Lawrence), a collection hoarder and a yuppie to mention a few. All together, they venture onto a journey into nowhere. Seriously…they are nowhere…Kane’s blood-bath residence is miles away from any form of human interaction. And help.

But so what? It’s a ¼ million dollars!

The gang of willing participants are greeted by a “Lurch” butler and locked into their first room, with video to greet them (AKA: Jigsaw-style). Through multiple clues, keys and puzzles involving swinging axes, acid-heated walls and lots of barbed wire, the crew ventures into each new chamber, slowly realizing the murders are real and the blood is well, abundant! And all the while, the creepiest, and most menacing clowns are stalking throughout their adventure. 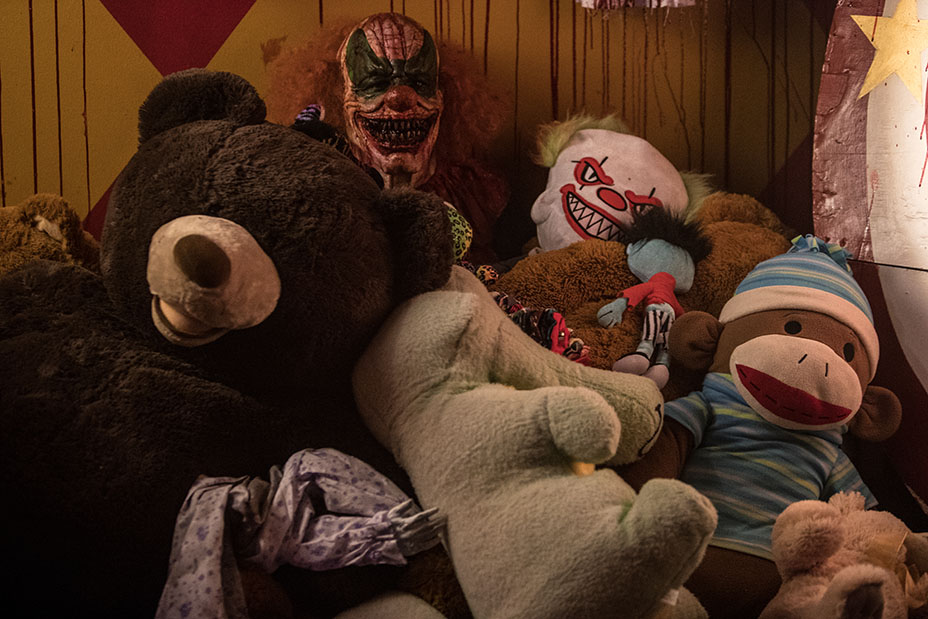 Remember child star, Jonathan Lipnicki? If unclear, then wait for the funny and fitting homage to his one-liner from JERRY MAGUIRE …HYSTERICAL! And do NOT miss the cameo by James Cullen Bressack – always fun to watch him appear in his films. Nice job!

Host and Ringmaster, Balthazar Kane (Abell) is fabulous! He demands the spotlight, enriching the descent into darkness to guide this group, while never wavering from the impending doom that awaits them through the gates of hell he has built. Motive stands to reason, but the snappy twist at the end is refreshing and doesn’t deter from the pure fun of CIRCUS KANE. 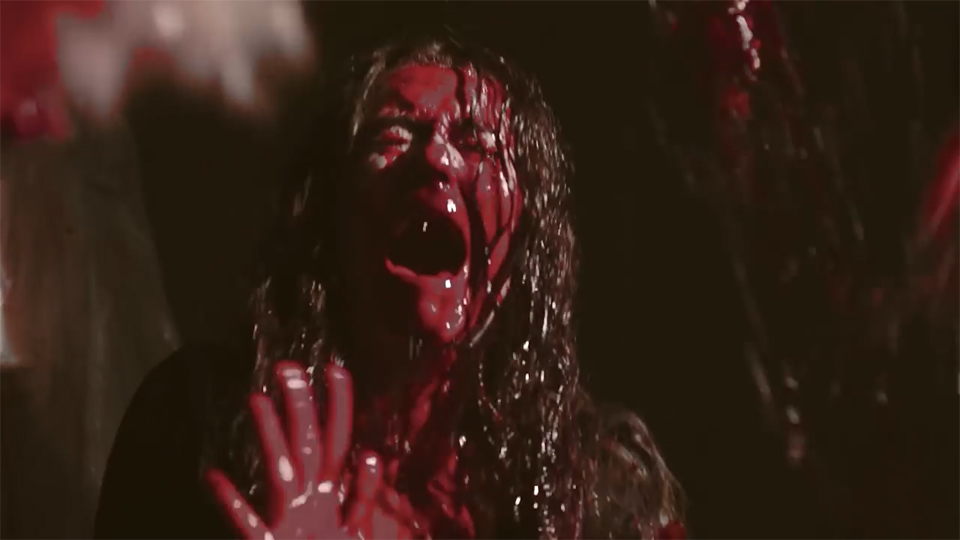 It is bloody. Massively bloody. There are BUCKETS of blood thrown around. And a few queasy scenes that impact the sheer dread of their decision. But alas, don’t look away! You’ll most likely miss a chainsaw wielding clown or his sharp pointy teeth that appear to easily crunch through, umm….flesh? Nevertheless, it’s more fun than the chocolate room in Wonka’s factory.

CIRCUS KANE will be available on VOD Sept. 8.